A smart subversion of the sub-genre, “The Silent Party” is a thoughtful and compelling exploration of machismo and female exploitation. 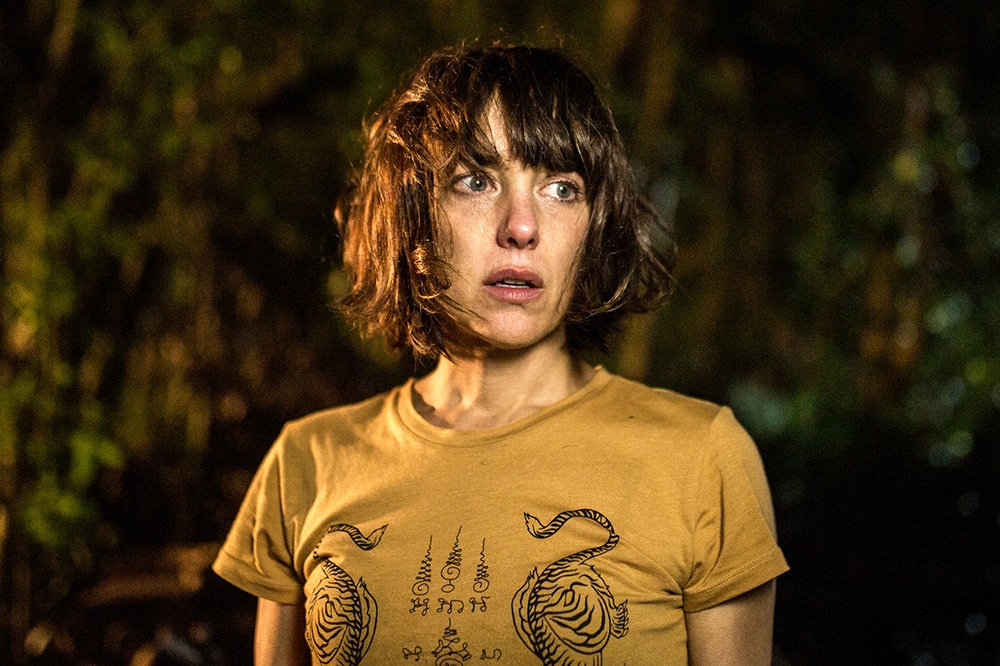 Before we begin, viewers should be aware that the Argentinian thriller The Silent Party (La Fiesta Silenciosa) does deal with a difficult subject.

In it, a young woman named Laura (Jazmin Stuart) is raped at a college party the night before she’s set to get married at her father’s ranch. Afterward, she seeks violent retribution, alongside her husband-to-be, Daniel (Esteban Bigliardi), and her father Leon (Gerardo Romano).

Unlike films like I Spit on Your Grave, the violence is relatively muted.

Rather than lingering on Laura’s ordeal, the horror is told through flashbacks, with mercifully short glimpses of her violation. That’s not to say it’s not uncomfortable; it certainly is plenty to make you empathize with her plight. Still, many viewers will likely appreciate the restraint shown here.

But it requires a trigger warning, nonetheless.

The rape-revenge sub-genre of horror has a long and controversial history, tracing back to when these films first became popular in the 1970s as a form of social commentary shown through the brutal lens of sexual violence.

For many, these films are extremely problematic for the way they seem to glorify violence against women, often showing long and drawn-out rape scenes in horrific and deeply unsettling detail. Moreover, rape is used as an emotional catalyst for a female hero’s journey, ultimately reinforcing the power men hold over women.

Others argue these films are feminist because they are told from the perspective of the woman.

The stomach-turning violence is merely a realistic and important depiction of the kind of abuse women often suffer at the hands of male victimizers.

It can be empowering to see a woman take justice into her own hands, especially when these women are so often denied justice in real life — subject to grueling legal battles if they choose to press charges (most do not), as well as public shaming and scrutiny.

In these films, women often get to be the hero. We root for her as she enacts her merciless vigilante justice.

In real life, women who name their abusers and attempt to hold them accountable often are scorned rather than celebrated.

“What was she wearing? Was she drinking? Was she sending mixed signals? Is she a woman scorned? Why should we believe her?”

While the merit of rape-revenge films is worthy of debate and certainly can be both defended and derided, depending on your perspective, I appreciate how the genre chooses not to censor the horrors of violence against women.

These are stories that need to be told. As a staunch feminist, I love seeing women positioned as constant survivors. 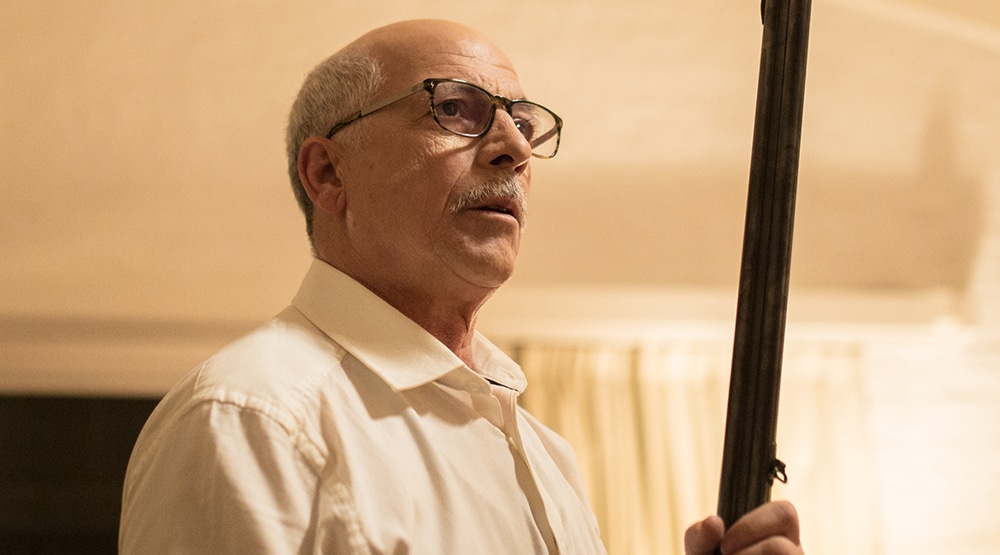 The film was directed by Diego Fried and Federico Finkelstain. Fried also wrote the film with co-writers Nicolás Gueilburt and Luz Orlando Brennan.

After an unsettling opening that gives us a subtle hint at the horror to come, we meet Laura and Daniel on their way to Laura’s family home, where her dad is preparing to host the couple’s wedding. In this early scene, we get our first indication that Laura and Daniel’s relationship is a bit strained. He chastises her for driving too fast, and she bristles against the idea of being controlled.

Once the couple arrives at the ranch, we get clues that Laura is used to getting her way.

A pampered princess, her father dotes on her and indicates nothing is too good for his little girl. But she is also likely used to being controlled, thus the source of her frustration towards Daniel.

Her husband, Daniel, struggles in this dynamic, feeling like his manhood is being threatened. It’s very important to him to help pay for the wedding, something Laura scoffs at. Why should they spend their hard-earned money when her father is so happy to spoil her? It’s an idea that makes Daniel uncomfortable, causing tension between the two.

Laura tries to calm her nerves by drinking a bit too much — something Daniel notices and derides her for, increasing her anxiety and discomfort.

Later that night, Laura is restless and decides to go for a walk in the woods.

She finds herself at the next house over, where she stumbles into a crowd of college kids swaying and dancing, though she can’t hear any music. She notices they all have headphones on. She’s confused until one of the partygoers, Maxi (Gastón Cocchiarale), hands her his headphones. She immediately loses herself in the hypnotic music, dancing without inhibition.

Gabo goes out to dance with her, followed immediately by Maxi. Someone hands her a drink.

She’s captivated by the handsome Gabo and starts cozying up to him. Maxi tries to dance with her, but she quickly shrugs him off and maintains her focus on Gabo. Soon, Gabo is leading her off to a more secluded location. We aren’t entirely sure if she has been drugged or not.

She begins to make out heavily with Gabo. Just as things start to heat up, Maxi shows up.

At first, we don’t see what happens next, though it quickly becomes apparent. 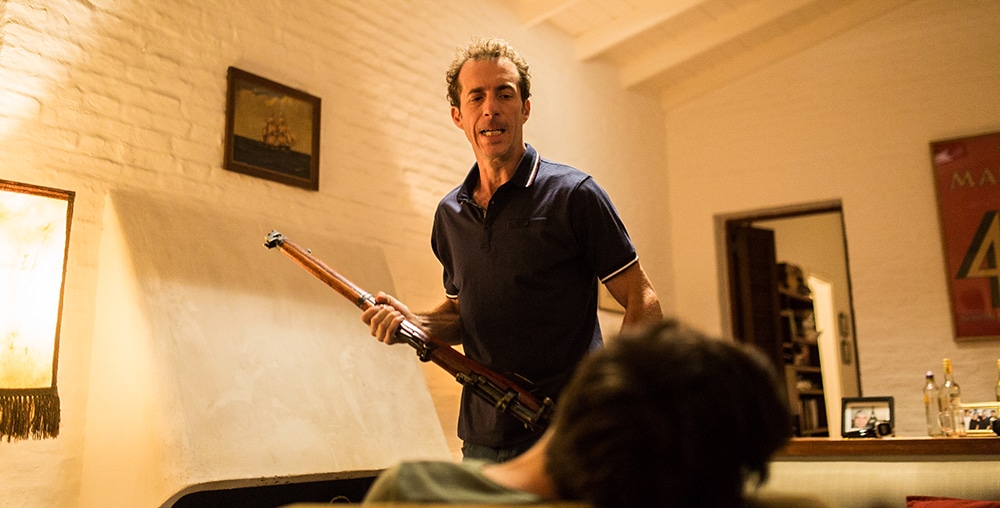 Our next glimpse of Laura finds her stumbling in a fog back to her father’s ranch. Daniel is waiting outside for her, wondering where she’s been. She claims she got lost in the woods.

Daniel attempts to have sex with his future bride, but she pushes him off and tells him she’s not in the mood. He makes no attempt to hide his displeasure.

Unable to control the rage that’s been building up since she left the party, she gets up to find her father’s gun and storms out of the house. Daniel follows her, and she confesses she was raped. The two head to confront her attackers.

Meanwhile, we find out that a friend secretly recorded Gabo and Maxi’s encounter with Laura. After a heated argument, Gabo leaves to get in his car. But before he can get away, he’s confronted by Laura and Daniel while Maxi and his friends escape into the woods.

To save himself, Gabo shows Daniel the first part of the video that makes it look like Laura was lying about being raped. Disgusted with her, he leaves her there and heads back to the ranch.

Once Daniel returns, Laura’s dad demands to know what’s going on and becomes enraged at his future son-in-law for leaving his daughter in harm’s way. He grabs a couple of shotguns, and they return to the scene of the attack.

Upon arrival, Laura’s father locks her in a room against her will and tells her this is men’s work. She screams to be let out, desperate to exact her own vengeance rather than being silenced and having her agency taken away.

What follows is a lean, suspenseful, well-executed revenge thriller. 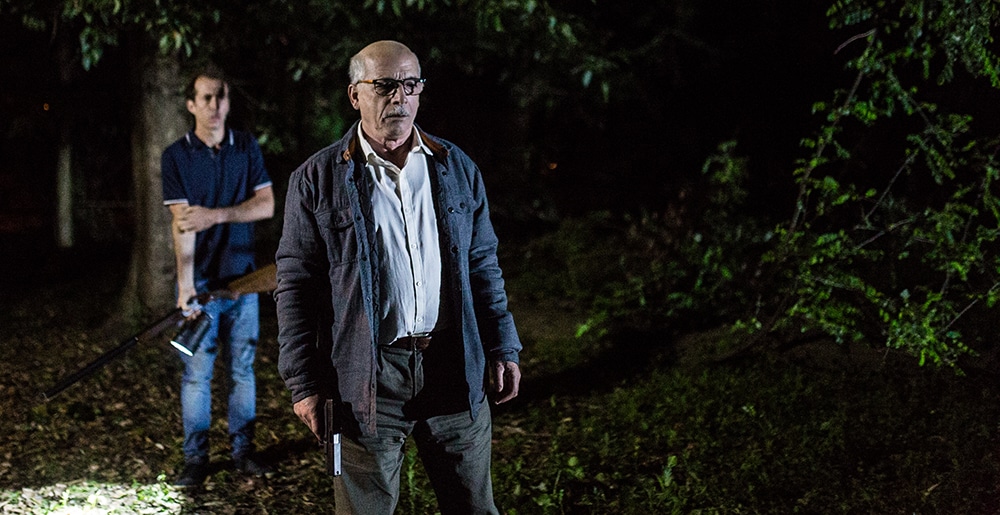 And while that’s enough to make it compelling to watch, what really elevates the film is the way it speaks to male toxicity beyond the troubling rape scene.

Laura is in fact surrounded by men who diminish her and see her as an object — either to be desired and objectified or to be protected and put on a shelf.

In the eyes of Gabo, Maxi, and the other males at the party, she is nothing more than a conquest…something to be used and enjoyed. In the eyes of her father and fiancée, she’s property; a prized possession. And they do not confront her attackers to defend her honor but rather to claim what is theirs and punish the territorial incursion.

The men in her life that claim to love her and desire to protect her take away the one thing that gives women power and autonomy in rape-revenge films.

They take away her ability to seek revenge, thus leaving her in a state of victimhood rather than letting her evolve into the empowering survivor. It’s the horror without the vindication. And while they think they are acting on her behalf, for her own good, it’s heartbreaking to watch.

Fortunately, directors Fried and Finkelstain ultimately do deliver an explosive and satisfying conclusion that gives our heroine a measure of the justice she deserves.

The Silent Party is a Spanish language film with English subtitles. But for those of you who typically shy away from subtitles, you should know that this film is light on dialogue and focuses more on well-paced action and ever-increasing tension.

The Silent Party is now available to rent on VOD.