A Shakespearean story with vivid gothic imagery, even in black and white, capped off with an impressive and practical destructive finale. 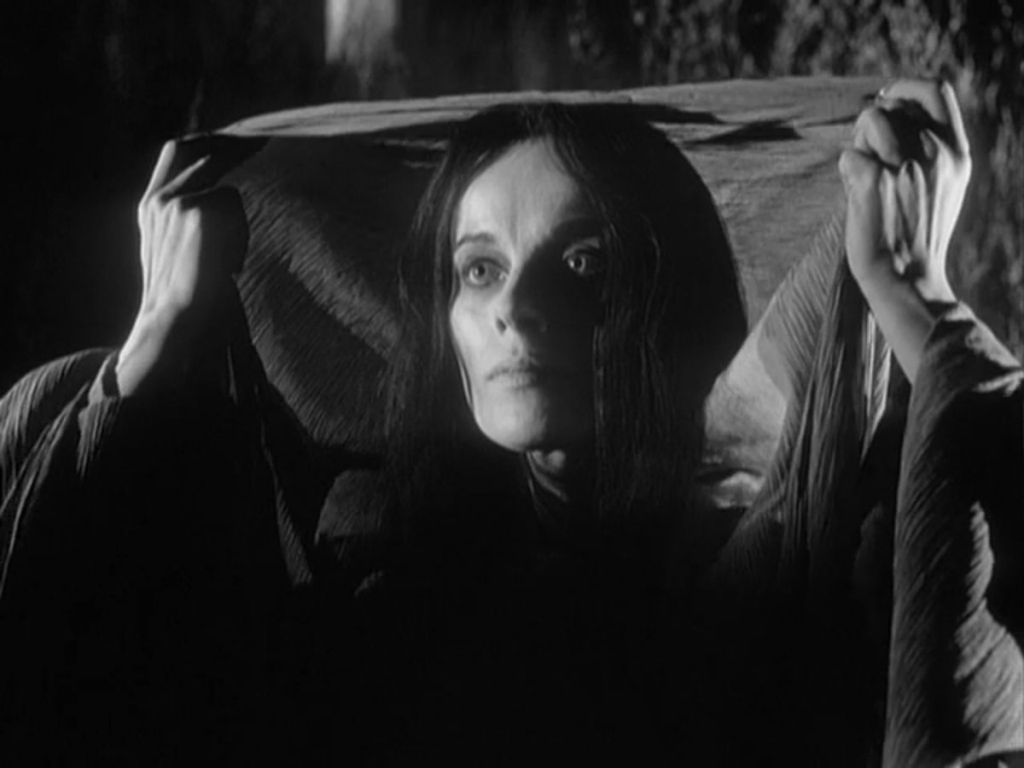 An ancient Witches grave is disturbed by a familial enemy, releasing her and her wrath. Let’s dig into 1964’s “Witchcraft”, directed by Don Sharp!

Set on Roodmas, also known as the Feast of the Cross, this Witch tale is partially based on Anglo-Saxon history. It seems an uncommon fit for a Witch to emerge from a coffin, usually reserved for her vampiric brethren or flesh-eating ghouls, but the story works.

Pitting two families against each other for generations — the Laniers and the Whitlocks — we go on a Romeo & Juliet journey with Amy Whitlock and Todd Lanier as their romance tries to circumvent the family feud.

Unfortunately for their love, Bill Lanier (Jack Hedley) bulldozes a cemetery that holds the remains of Vanessa Whitlock, a suspected Witch who was buried alive by the Laniers of the past. 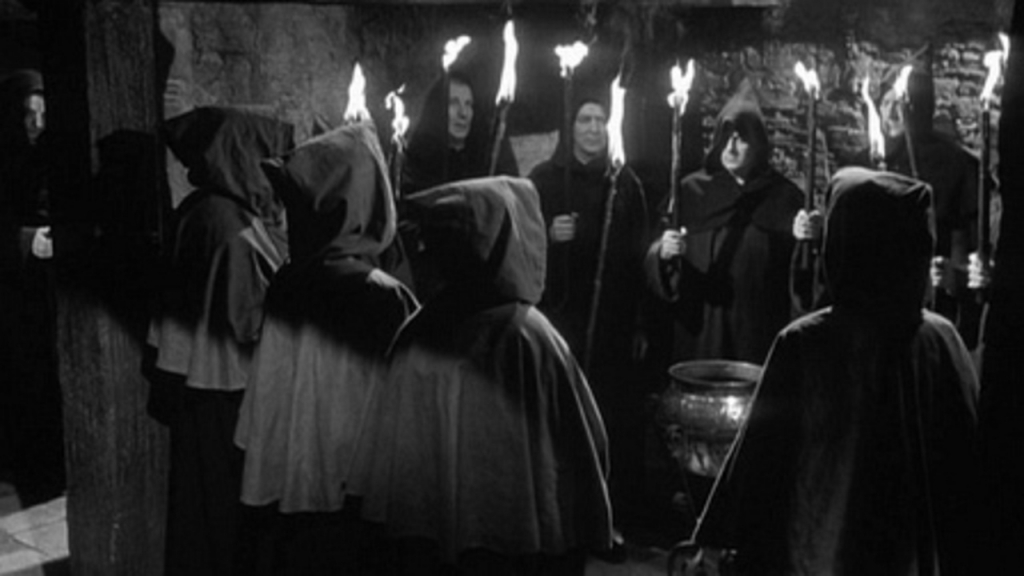 Once Vanessa rejoins the living she doesn’t do much but creepily stand behind the modern-day Laniers and will them to their doom, but it’s still effective.

The climactic ritual is composed really well and the fire plays beautifully in black and white, though it was surprising for a low-budget film to actually destroy the set.

It certainly sets an appropriate tone for October viewing.

One of the big names in classic horror, Lawrence Talbot himself, the furry fiend, Lon Chaney Jr. — who is of course the one and only Wolf Man. The son of the Phantom.

The finale features the real burning of a real house and it always feels unnecessary to destroy a perfectly good dwelling. 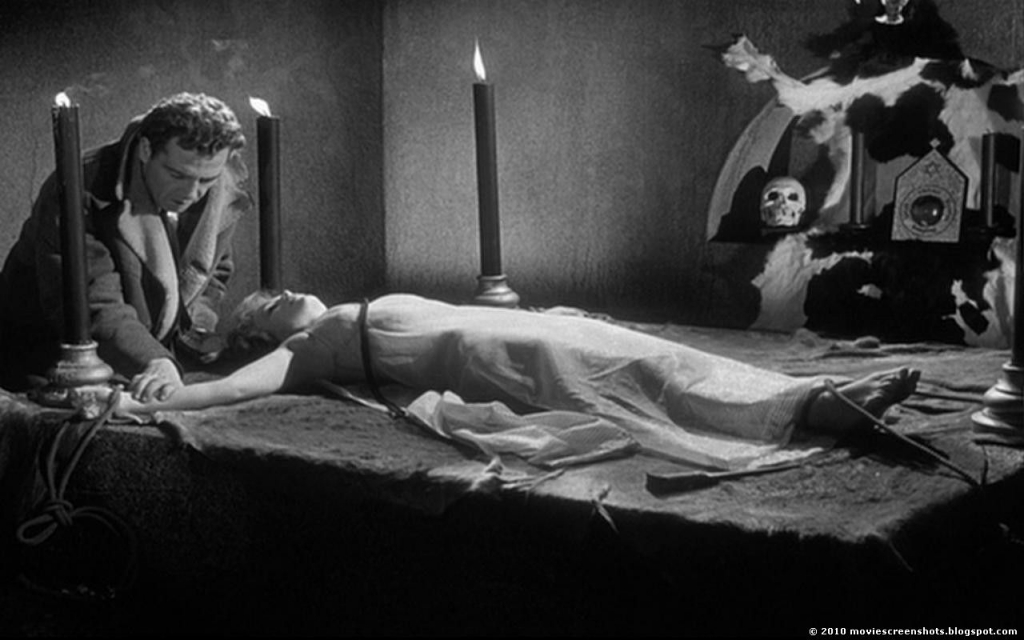 The titular Witch, Yvette Rees (Vanessa Whitlock) is an illustrative version of the hackneyed character. The shadows rest perfectly on her defined bone structure and even in black and white her makeup lends a plastic sheen that establishes a contrast between her and the rest of the cast.

Being an iteration of Romeo & Juliet itself, the plot element of disturbing graves to make way for the new development has been used (expertly, at that) in films such as Poltergeist. If you think you can one-up Spielberg, have at it.

According to Blu-ray.com, Kino Lober released a high-def version in 2016, though I’ve had trouble tracking it down. Midnite Movies did release a double feature DVD along with Devils of Darkness (1965). You can also stream on Tubi, or rent on Apple, Amazon, Google Play, or Vudu.