“Soldier of War” (aka Aux) is a brutal new take on the zombie-in-a-bunker sub genre that, while not perfect, makes for a pretty entertaining watch. 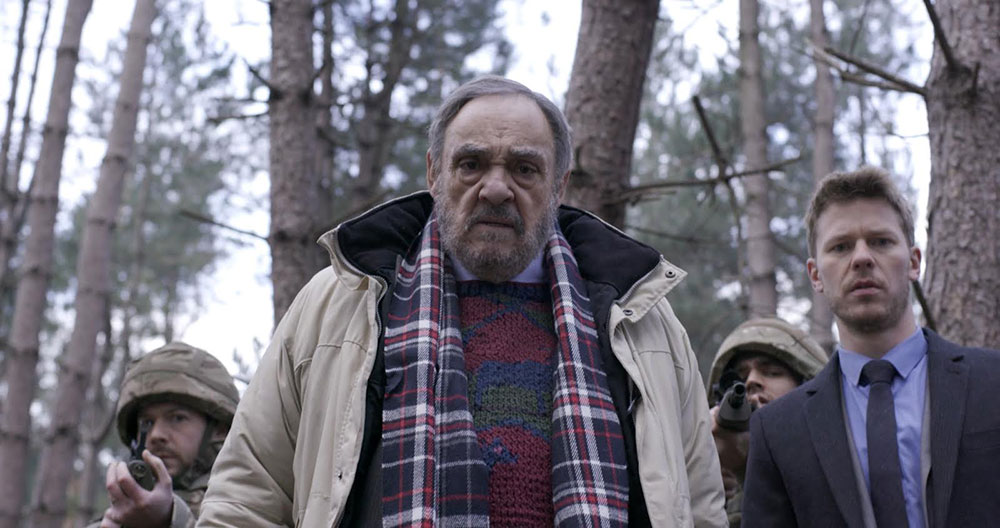 Including homage to films like First Blood and Predator, a fantastic cast, awesome SFX, and wonderful locations, this is a film that will satisfy military geeks and zombie lovers alike.

After watching the trailer, this zombie fan was dubious, but truly hoping to enjoy this film. I mean, how many times can we do the same basic premise? Starring John Rhys-Davies, (Raiders of the Lost Ark, Lord of the Rings) an actor I adore, I was pleasantly surprised when I really liked Soldier of War.

Fighting the undead has been an issue since the beginning of horror films. Hard to kill, since they’re already dead, super strong and blood thirsty killers for the most part, zombies can be a big messy problem.

In Soldier of War, we meet a very dedicated, very undead British soldier from WWll with orders to take out all Nazis — or anyone who finds about his secret mission. This pretty much means everyone, so this rotting soldier is a busy guy. This is not a hunter you want coming after you, and nobody told him the war was over.

Synopsis: Deep in the forest, two boys discover the entrance to a secret military bunker hidden since World War II and inadvertently awaken an undead auxiliary soldier, who embarks on a grotesque, ritualistic killing spree. A police investigation begins, but one by one the police and other locals are murdered. Only a World War II veteran holds the secret to stop the killings, but will anybody believe him?

So, boys will be boys, and these two were out messing around in the woods when they came across an old hidden bunker. One of the teens is brave enough (or stupid enough) to go down and awakens the creature living inside. When the other boy runs away and gets hit by a car, putting him in a comatose state, our soldier has time to get out of the bunker and start on his mission. 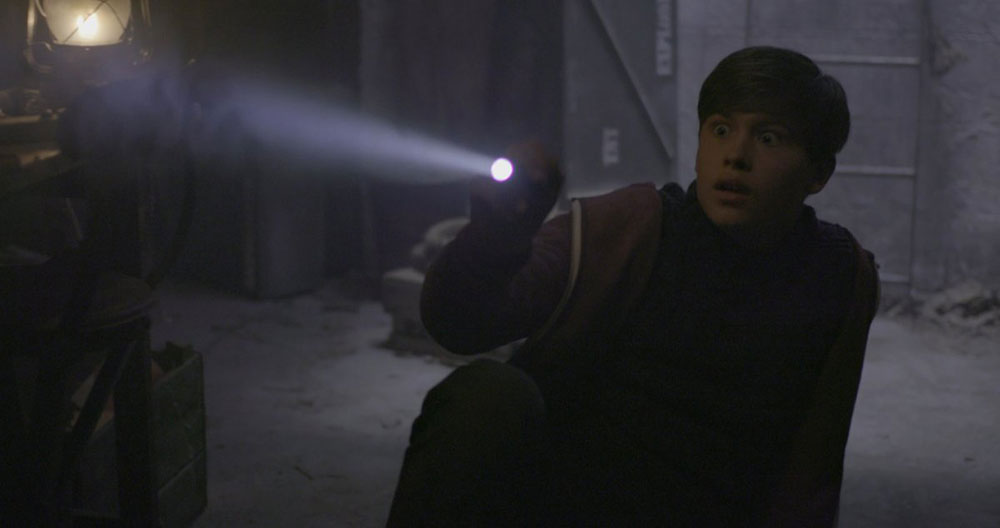 Soldier of War feels a bit like a murder mystery.

The only person that knows what’s going on at first is in the hospital, and everyone that went to investigate gets caught in our zombie’s ingenious booby traps. Each new person to go out in the forest ends up in seriously bad shape. Who is the mysterious bad guy?

Tristam Summers and Rosie Fellner do a terrific job as the detectives who oversee the investigation. Their performances were very convincing, and they really made the film work. I also loved Paul Reynolds as DI Reed, their boss. He is such a condescending asshole, and I got very excited wondering what creative and gory way the soldier would take him out. He certainly deserved it, and I admit I gave a little cheer of joy when it happened.

John Rhys-Davies was superb as usual, as an aging WWII vet living in an old folks’ home who, when he sees all the murders on TV, realizes this is partially his fault and tries his best to get to the investigators to help.

As a makeup artist myself, I must admit I adored all the creative and bloody traps the soldier set. Much (not all unfortunately) of the carnage, including hangings, decapitations, stabbing through the roof of a car, a huge explosion, and impalements were practical effects and that makes any horror film for me and will please slasher fans.

This might sound strange, but oddly enough I felt a little bit sorry for our zombie soldier. He had been abandoned in the bunker. He was trained with military survival tactics and was given a very specific mission. As such, he was just doing his job. In one scene, he even throws a ball back to some kids. What a nice zombie.

Soldier of War cannot technically be considered an indie film, since it has some big names and obviously had quite a budget. But I’m not sure it could have really made it on the big screen. The audience was very specific.

Is it a perfect film? No, not really. Since there is nothing completely original, and there are a few CGI effects that were not quite up to par, why did I like it so much? What made it work for me is the tremendous cast, the well-done practical effects and the cold, muddy, wonderful locations in England.

From director John Adams, and starring John Rhys-Davies, Tristam Summers, Rosie Fellner and Paul Reynolds, SOLDIER OF WAR is available on VOD as of March 3rd and will arrive on DVD April 9th from Uncork’d Entertainment.