“The Wanting Mare” is beautiful to look at, a stunning achievement in visual effects, but the obtuse story may leave you wanting more. 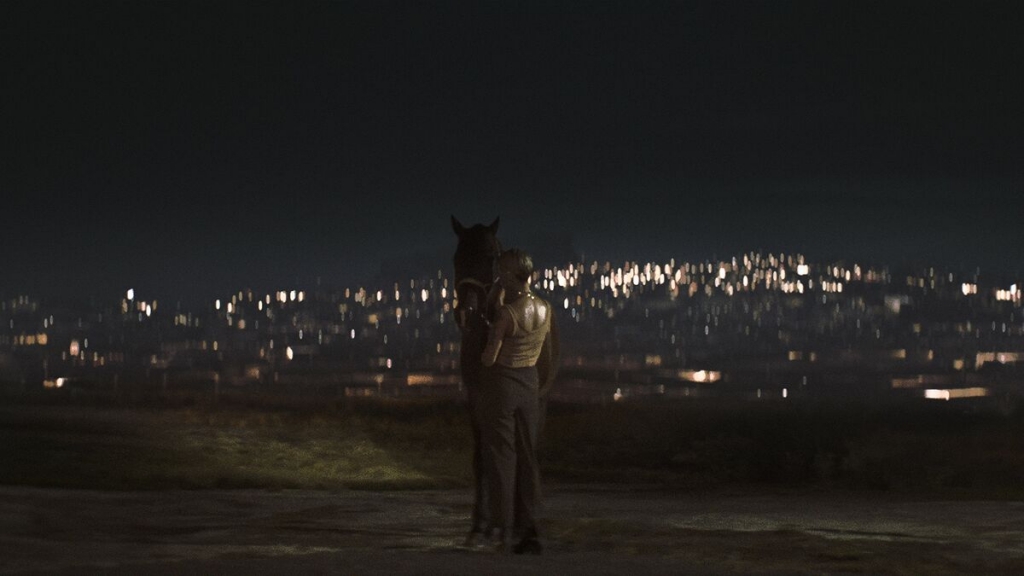 Filmmakers creating entirely digital worlds is nothing new; basically, the entire Marvel Cinematic Universe exists in 1s and 0s. However, given the expense of the technology and the resources it requires, it’s rare to see an independent film make use of it, at least in a way that mimics realism. But visual effects house Anmaere Pictures found a way to bring the technology back down to a human level with their long-awaited film, The Wanting Mare.

The feature debut of visual effects artist Nicholas Ashe Bateman, the film underwent five years of writing and planning before principal photography began in 2016. After a successful crowdfunding campaign, the team was able to complete another round of filming in 2017, and postproduction lasted for another three years until its release in 2020.

To say that this film is a labor of love feels like an understatement.

Watching the behind-the-scenes footage, it becomes clear why the film took so long to finish: it essentially creates an entire world out of whole cloth, and on a fraction of the budget of your average MCU film. Most of the scenes were shot on green screen with locations added in digitally, and it’s easily some of the most seamless compositing work I’ve ever seen.

This is the kind of film where a plot synopsis almost feels unnecessary, but I’ll try to give you one anyway. 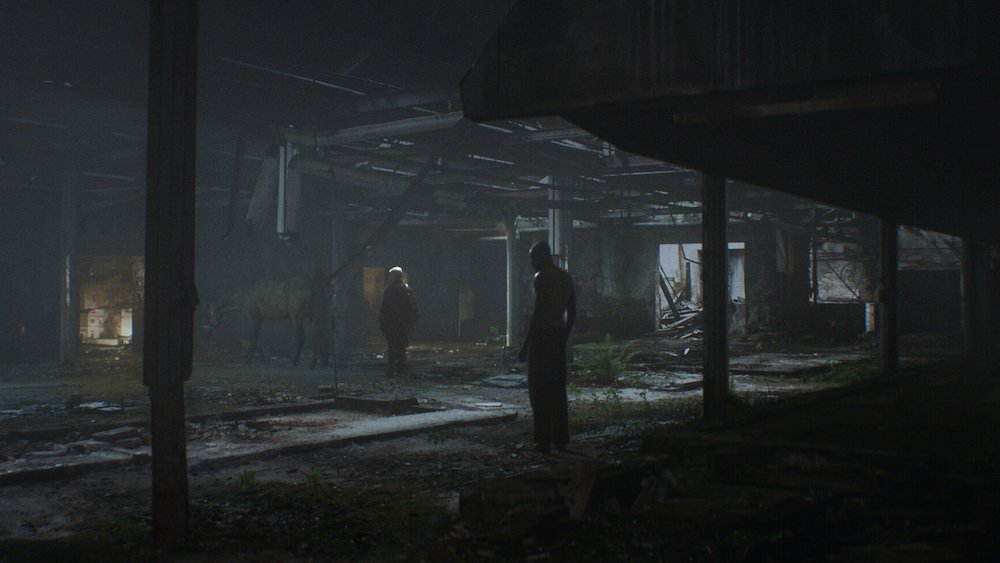 The story takes place in a fictional land called Whithren, where the citizens eke out an existence in what appears to be some kind of post-industrial landscape, abutted by harsh rocks and a crashing shoreline.

Withren exists in perpetual summer, in contrast to the land of Levithen, a city in constant winter, located across the channel. Tickets for passage to this chilly land are highly coveted, with people willing to steal or kill to get them. A young woman named Moirah (Jordan Monaghan) comes across an injured young man named Lawrence (Bateman pulling essentially quadruple duty) who’s been shot after a botched robbery. She nurses him back to health, agreeing not to turn him in if he can get her a ticket to Levithen. The two end up falling for one another, throwing Moirah’s desire to leave into conflict.

Elsewhere, a man named Hadeon (Edmond Cofie) encounters a woman named Eirah (Yasamin Keshtkar) with a coveted commodity of her own: one of the wild horses that roam the Withren coast. He helps her hide the horse, and the two strike up a friendship, with Hadeon offering Eirah the chance to escape to Levithen. As the film moves forward through time, these seemingly disparate storylines end up converging in a tragic fashion.

As a feat of special effects filmmaking, The Wanting Mare is undoubtedly a triumph. 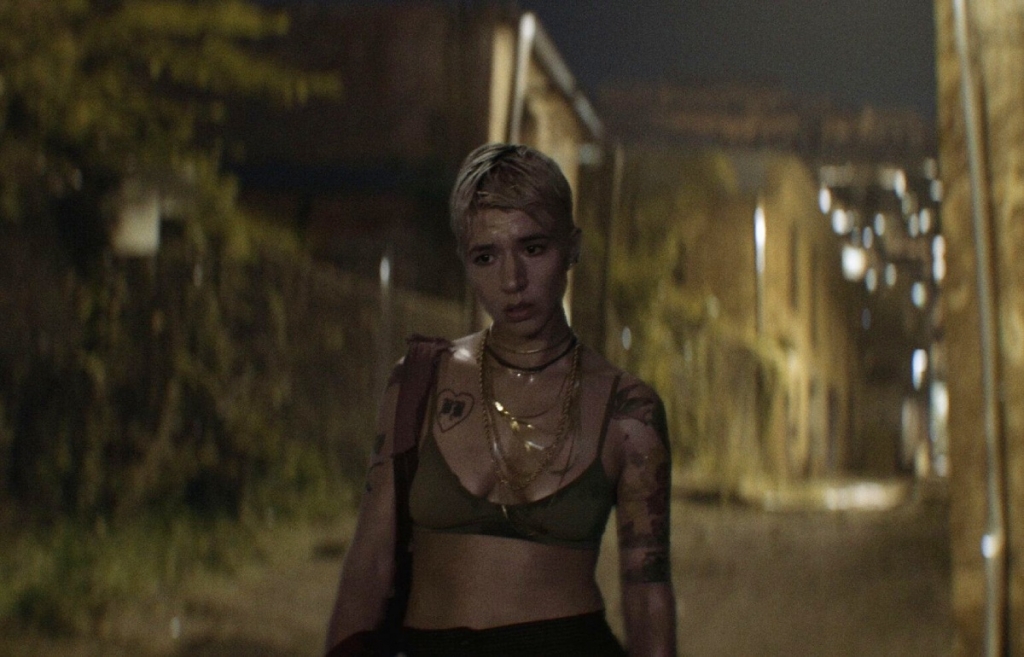 As a feat of storytelling, however, the film falls a bit short.

Its story unfolds elliptically, almost subliminally, giving us just enough information while leaving even more unsaid. At times, it follows the logic of a dream, with disconnected imagery whose meaning only becomes clear later on. Dialogue, when it comes, often obscures more than it reveals.

It’s clear that the filmmakers aren’t interested in telling their story in a straightforward way, and I respect that; I think they’re trying to tap into something beyond plot, beyond conventional structure, into something more elemental, almost like a visual tone poem. It’s also clear that a whole lot of work went into this film — a full decade, in fact — and I don’t mean to minimize any of that.

Maybe I’m too old-fashioned, but I can’t help but wish the film’s striking imagery was complemented by a story that was a little bit easier to latch onto. 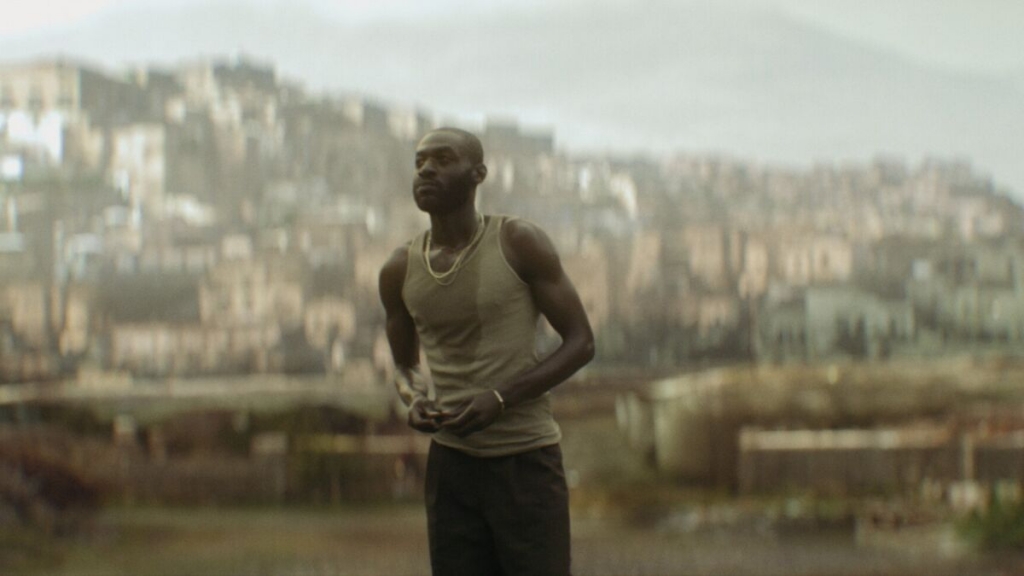 Ultimately with this kind of storytelling, it can be difficult to be invested in the characters and their struggles; we’re given enough to know how the characters relate to one another, but at the same time we’re kept at enough of a distance that their emotional arcs don’t really resonate the way they should.

The characters are all yearning for something, whether it’s a human connection or the chance to start over, clinging to the hope that life will be better in Levithen, though why anyone would want to escape to a place where it’s always winter is beyond me (chalk it up to living in the Midwest where it’s always kind of perpetually winter). The horses, then, could represent a kind of freedom that none of the characters can truly possess, or possibly that elusive chance at a better life that’s so hard to grasp. While most of them think that traveling to Levithen will solve their problems, the true solace seems to come from finding one another.

In the end, the story isn’t unlike the mist-shrouded landscapes of Whithren: beautiful but obscured.