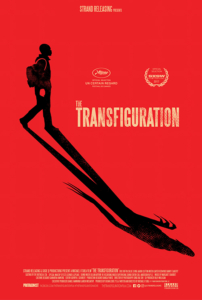 Bleak city streets. Gray, graffiti-covered buildings. Empty fields and cramped apartment homes. Typically, these types of cinematic images are associated with gritty, urban dramas about lost souls, crime, poverty, and familial strife. And while Michael O’Shea’s The Transfiguration is without question a vampire film, it still features these motifs. For this reason, the film remains captivating throughout its 90+ minute running time, presenting stark and at times troubling imagery to the audience and drawing them into the disturbing story that O’Shea wants to tell.

Despite its meandering pace and the too-constant references to other vampire films, The Transfiguration is a somber, thoughtful, and character-driven picture with outstanding performances from its two young leads. 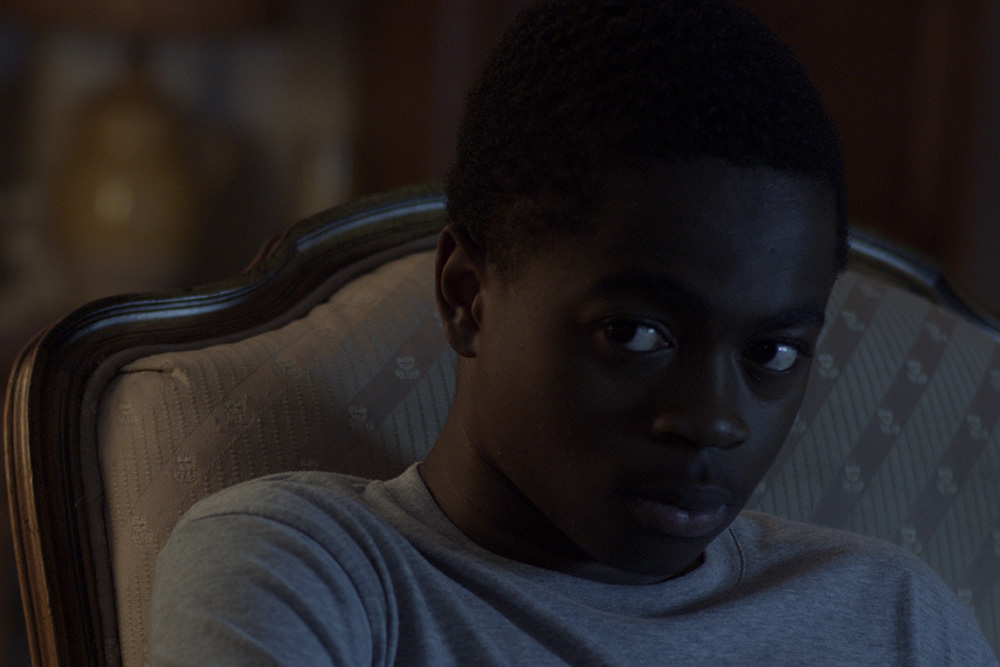 The focus of the story is on Milo (Eric Ruffin), a young city kid with a strange obsession with vampire film and lore. He keeps an enormous stack of vampire movies in the small apartment he shares with his brother (Aaron Moten), and he also maintains a journal in which he describes, in great detail, the ways in which a vampire should hunt down and attack his prey. In several memorable sequences, Milo keeps a calendar on which he notes the coming full moon, and he loves watching the nature channel for its scenes of animalistic violence and predatory behavior.

After Milo meets Sophie (Chloe Levine), a troubled city girl who lives with her grandfather and who suffers from her own problems, the two become almost inseparable, forging a bond secured by their alienation from others and their longing to find their place in the world. The strength of The Transfiguration comes not so much from Milo’s fascination with vampires and with the horrific reality that he might be one, but from the ways in which Milo and Sophie learn to trust each other and grow stronger and more confident through knowing one another.

Ruffin and Levine are expertly cast and handle the straightforward, low-key dialogue with ease. Unlike many films in which the characters are “forced” to become friends through the demands of the script, O’Shea’s thoughtful movie depicts a realistic relationship through the eyes of two young people on the cusp of self-discovery.

For horror fans, the movie is not without its scenes of sudden violence and vampire-related slaughter. The cinematography, from Sung Rae Cho, captures these moments in dimly-lit scenes of bloodshed and rage. The sound design is ominous and foreboding, and Margaret Chardiet’s music score is deeply effective in its parallel of Milo’s thirst for blood.

As the relationship between Milo and Sophie intensifies and turns intimate, Milo will be forced to make a choice between keeping his friend safe and indulging in his dangerous and bloody habit. As the film nears its conclusion, the decision that Milo makes is both haunting and tender, yet another part of The Transfiguration that sets it apart from other pictures within the genre.

The movie touches upon other themes–bullying, self-harm, and sexual awakening–further establishing its pensive tone and elevating its subject matter.

Forget the garlic, the wooden stakes, and the silver crosses; in Michael O’Shea’s The Transfiguration, there’s no dashing vampire anti-hero in a cape, no Van Helsing-like character to storm in and save the day.

Instead, audiences who watch the film will enjoy a well-written, well-acted piece about friendship, survival, and self-revelation. It’s a small picture that packs a big punch, due in large part to Ruffin and Levine, and to O’Shea’s serious script and honest direction.