At once beautifully artistic and unflinchingly disturbing, We Are The Flesh is an unforgettable cinematic achievement that is as stunning as it is shocking. 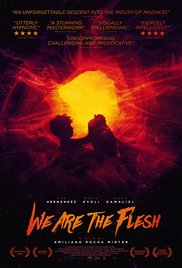 Over the years, movies that have been labeled as controversial typically make it straight to my ‘must watch’ list. I’ll be the first to admit, I definitely dig on the hard watches. I become intrigued about a production if there’s a negative stigma surrounding it — the feeling of needing to scrub the experience of the film from yourself afterwards. I like those films that haunt you for days and even weeks after watching it, creeping into your psyche so frightening and so methodically.

Well folks, I believe We Are The Flesh (or Tenemos la Carne in the movie’s native tongue) may have rightfully earned it’s place among these films.

Despite winning the Sequences Award for Best Film at last year’s famed Fantasia Film Festival, the movie definitely rubbed quite a few people the wrong way.  This 2016 release from Mexico is from the fearless mind of Emiliano Rocha Minter (who was nominated for the Bright Future Award at the 2016 Rotterdam International Film Festival), and I can almost guarantee you will not forget this film. 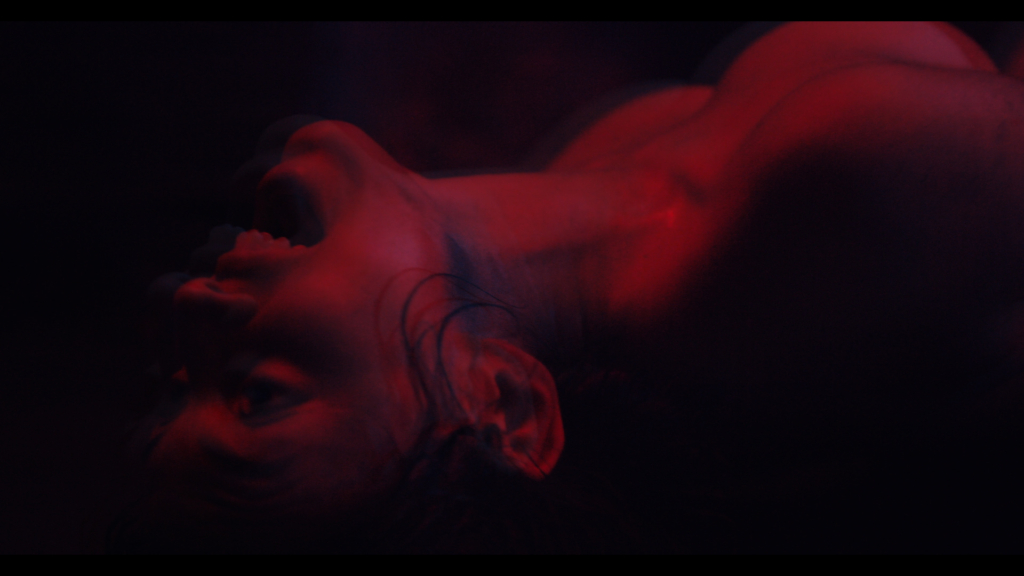 It’s such a bold and brash story, so beautifully filmed, that I was shocked to learn Emiliano had only sat in the Director’s chair for two shorts prior. Minter produces all his own work, and in 2013 he edited and directed his short Inside, completing Videohome the following year.

When I looked up We Are The Flesh on IMDb, some of the plot keywords presented were Unsimulated Sex and Woman Urinating. “What the hell am I about to watch?” I thought to myself, as I dug in on the couch and tried to prepare myself for what may come.

The film opens with a man (Noe Hernandez) concocting some chemical mixture in a dilapidated and decaying building. We watch his increasingly strange behavior as he administers doses to himself of an undisclosed liquid inside a vile. It doesn’t take long for the audience to realize the man is not quite right, but we’re left to try to figure out why. There’s a palpable feeling of complete isolation, yet he appears to mysteriously trade goods through an opening in a wall with an unseen person. 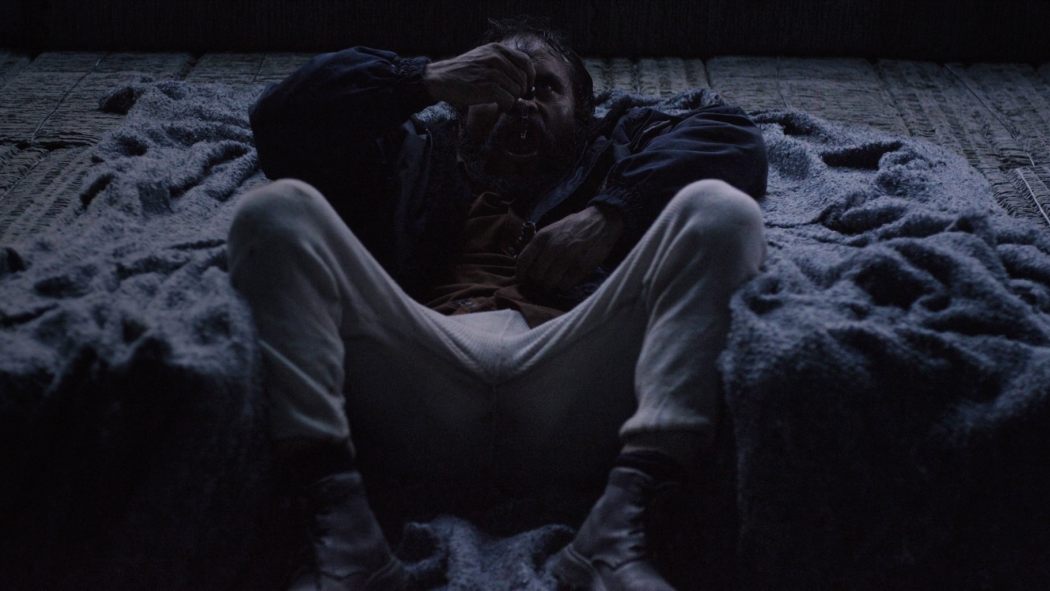 The man reminds me of Charles Manson a little, with his crazy smile and wild eyes.

A young man (Diego Gamaliel) and woman (Maria Evoli) suddenly appear inside the building while the lone man sleeps. They seem disheveled and desperate, eventually passing out on the floor. Mariano, the Mexican Manson, wakes up to find the pair sleeping. When they awake, he is a gracious enough host — weird but hospitable. He strikes a deal with the young visitors, agreeing to provide food and shelter if they agree to help him build a strange structure within his cavernous environment. 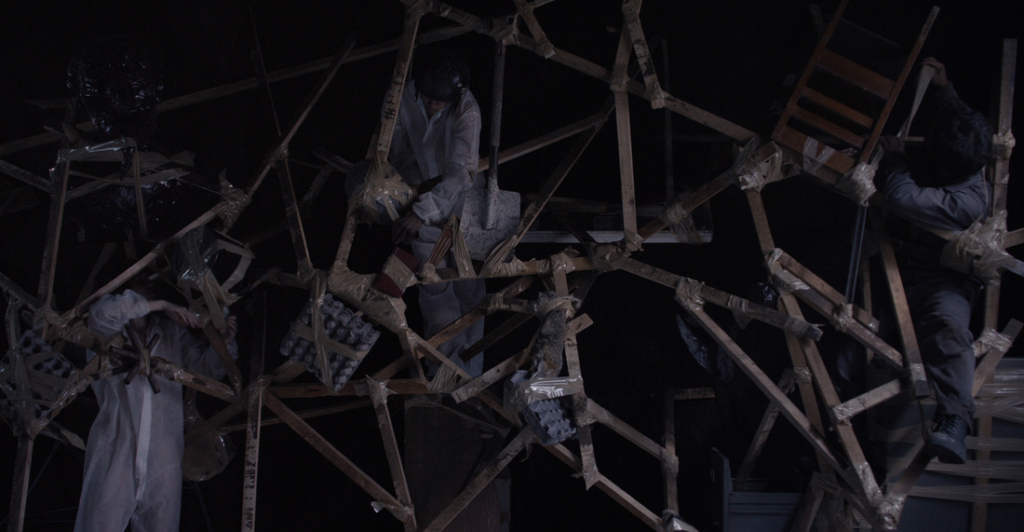 Almost immediately,  you sense Mariano is sizing the young man and woman up and taking a sense of strange joy with his new roommates. It made me a bit uncomfortable to be honest. The unsettling score accompanied by long dialogue-free shots help set an uneasy and foreboding tone and pace to WE ARE THE FLESH. The cinematography is astounding, and the colors utilized are something to behold — reminiscent of Gaspar Noe and Nicholas Winding Refn. 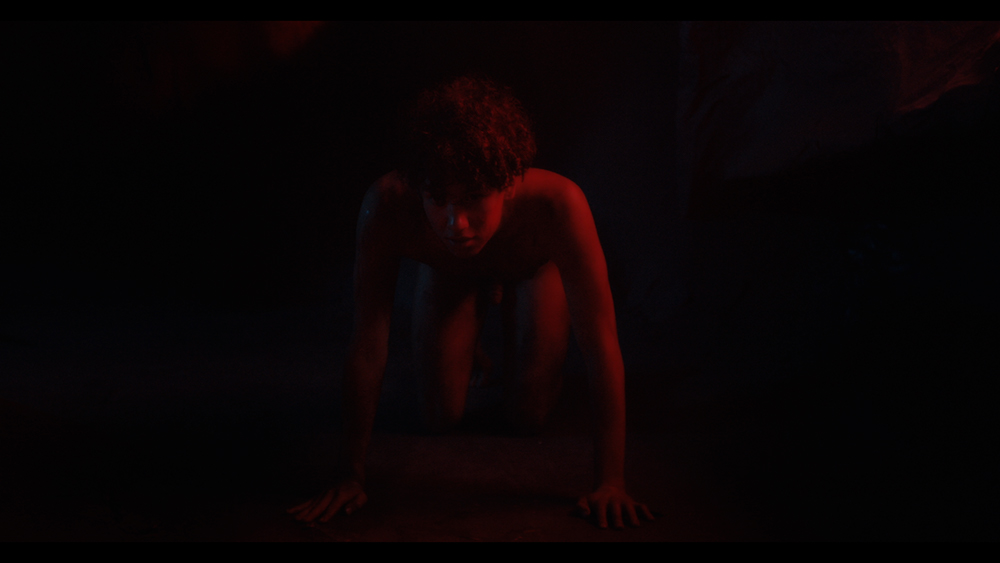 The instability of Mariano becomes increasingly apparent around his new guests. His behavior seems to frighten the young man but inexplicably, is warmly embraced by the woman. For coming across mentally unwell, Mexican Manson spouts off some relatively astute beliefs, such as his outlook on that Bitch known as loneliness and this gem: “Chance is the most dangerous criminal to roam the Earth”.  Mariano’s repeated attempts to illicit inappropriate and immoral responses from his guests (who we soon learn are siblings) are inescapable, and eventually they succumb to his wishes.

We Are The Flesh isn’t gory or necessarily scary, but the film is psychologically traumatic. 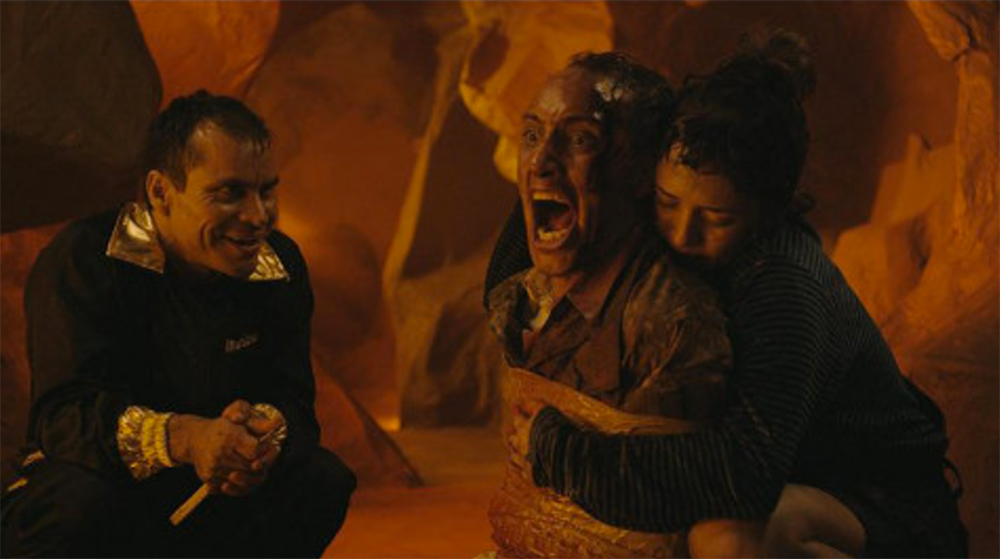 In Predator infrared-like glow, we see some shocking shit go down. I watch stunned, mouth open in awe. There is a ton of nudity, woman on woman sexual violence, dangerous and thought provoking rants, blasphemy, cannibalism, necrophilia, and even a realistic throat slit thrown in the mix as well.  “Drink my blood. As warm as Holy Mary’s cunt,” pleads Mariano.  As the brother and sister continue building upon his project — an area which eventually resembles a cavern, a womb, a safe place in his mind — the  influence upon the two builds, turning the girl into a nymphomaniac siren and the boy into a shell devoid of everything he was before.

The synopsis of We Are The Flesh seems almost determined to throw the viewer off, because nothing is what it seems in Minter’s provocative feature debut. 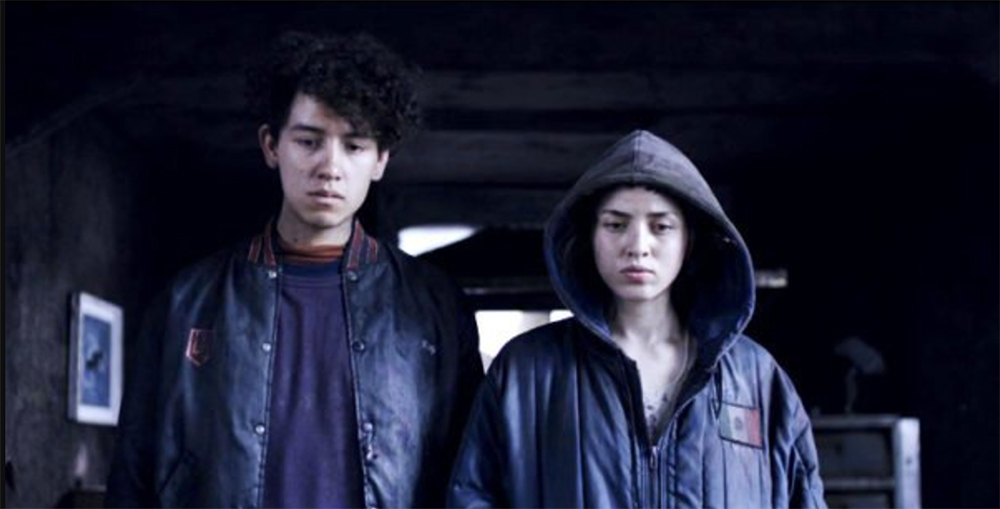 The film’s description is as follows: “After wandering a ruined city for years in search of food and shelter, two siblings find their way into one of the last remaining buildings. Inside, they find a man who will make them a dangerous offer to survive the outside world.” What Mariano offers is a questionable level of personal freedom with no consequences or judgement — seeking to askew their m