“The VelociPastor” is a riotously funny, enormously entertaining creature-feature with enough nostalgic charm to endear itself to fans of 70s-80s tv. 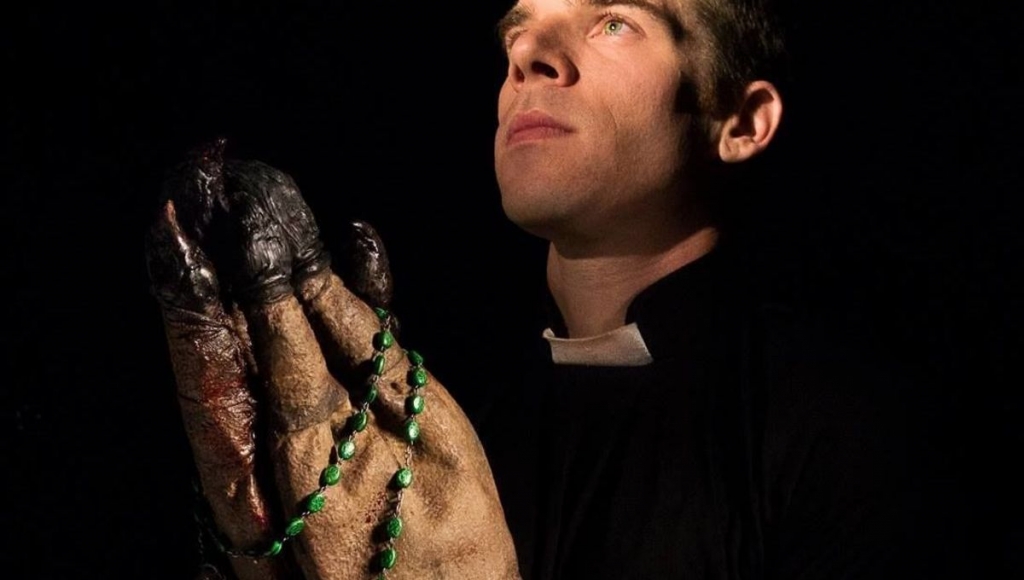 Sometimes, you go into a movie not knowing what to expect.  Sometimes it’s an awful experience that leaves you clutching at straws for what to write, and sometimes it’s such a pleasant surprise that you could write an essay.

Thankfully, The VelociPastor falls into the latter category – and lives up to its bold title and billing.

If you grew up on the low-budget TV reruns of the 70s and 80s and have a penchant for horror, you’re highly likely to enjoy this fun, firmly tongue-in-cheek entry to the horror comedy sub genre. 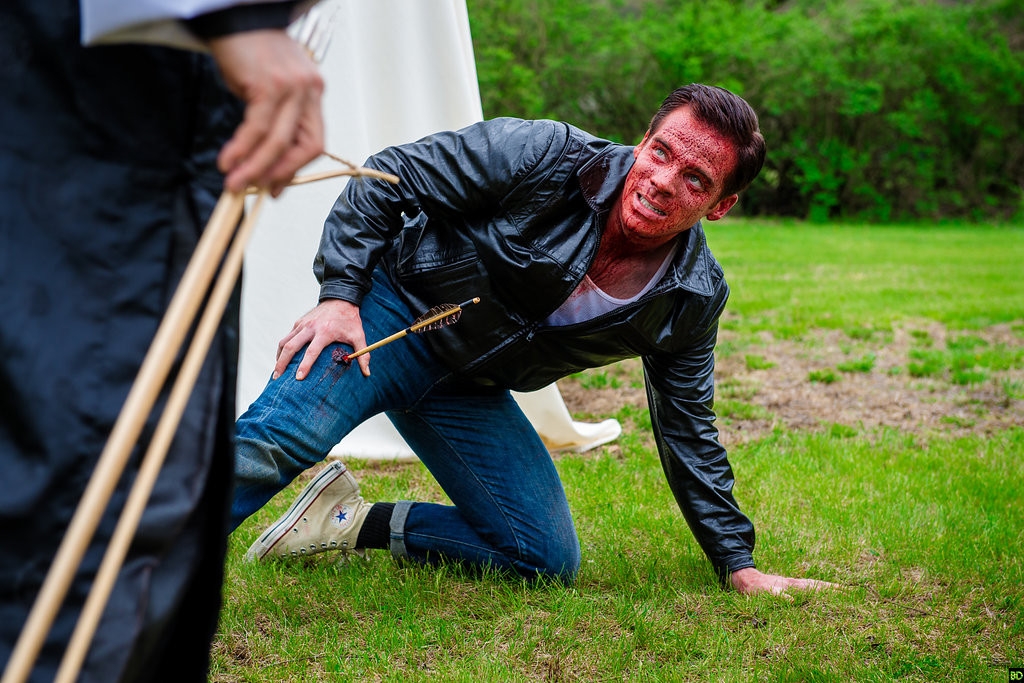 From the first scene, you will instantly know if this is something that’s going to ignite your imagination.

A young priest (Greg Cohan) witnesses his parents being killed in an explosive car bomb fireball (sort of…) and decides to travel to China to explore other cultures to help put his own loss into perspective.  While there, he’s given a mysterious dinosaur tooth, which leads to him developing the extraordinary power of, well, turning into a dinosaur.

The far-fetched nature of the story is brilliantly realized by the stone-faced performances of Cohan and leading lady Alyssa Kempinski – who both excel in their roles as far as the narrative allows. 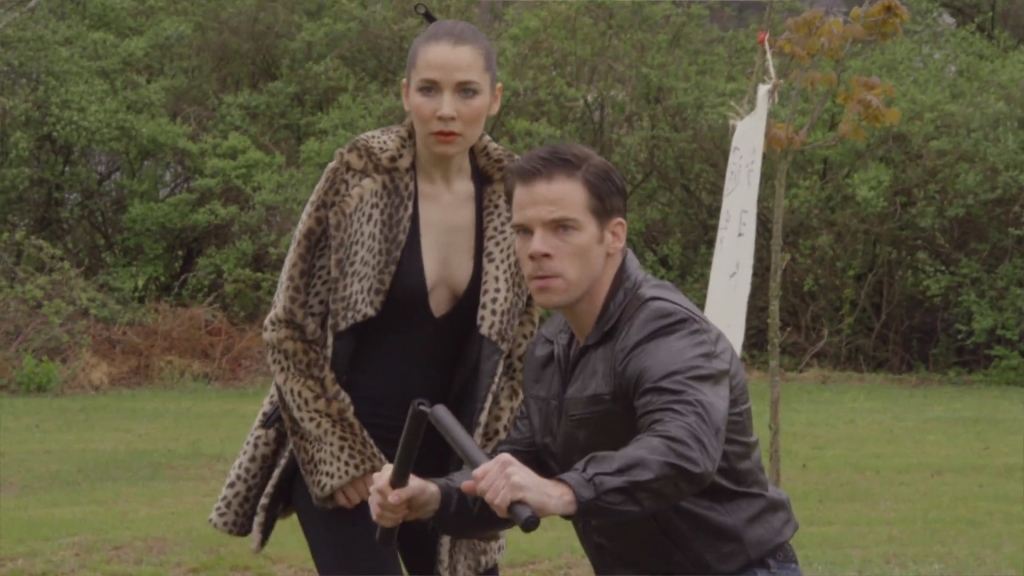 The very fact that they play the film with such conviction and belief is what really makes this movie work. Without them playing it straight, it could very easily have disintegrated into a horrible pastiche that didn’t work at all.

Paying homage to creature features, the aforementioned 70s/80s TV-style direction, and kung fu movies simultaneously, director (and writer and editor) Brendan Steere manages to contrive something so watchable and funny that it should leave you with a warm feeling – especially if you watch it with friends after a few drinks. 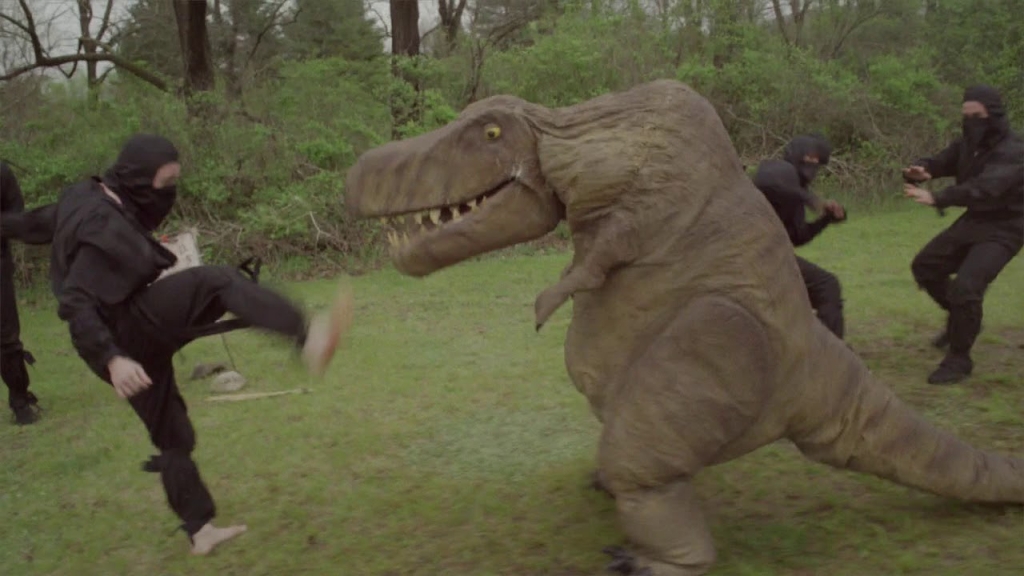 The first 25 minutes of the film is almost nonstop gags and had me laughing out loud on a number of occasions.

And while the rest of the film doesn’t quite hit those dizzying heights, it’s littered with enough great one-liners and ridiculous set pieces to solidly hold your interest throughout.  My personal favorite line is delivered by Cohan, who states, “Dinosaurs never even existed, and even if they did, I didn’t turn into one!”

That should give you a flavor of the kind of irreverent writing you can expect throughout.

The VelociPastor is a fun ride and will endear itself to anyone with this kind of sense of humor and desire for nostalgia, and I look forward to seeing what Steere and his team come up with next. Highly recommended!