If a Whateley offers you Tea… DON’T DRINK IT!!! A Review of 1970s The Dunwich Horror 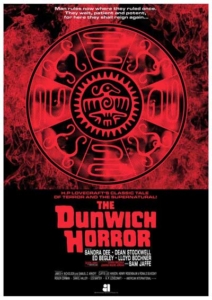 This 1970 fright flick based (with a few creative liberties) on the H.P. Lovecraft story of the same name (written in 1928 and first published in the April issue of Weird Tales in 1929) stars Ed Begley as Dr. Henry Armitage, a philosophy professor and expert on matters regarding the occult (and the dreaded tome the Necronomicon). It also stars Sandra Dee as college coed Nancy Wagner (a student of Dr. Armitage) and Dean Stockwell as student of the occult Wilbur Whateley who wishes to bring back “the old ones” with the help of Necronomicon.

The Dunwich Horror begins with Wilbur Whateley (Decker) asking to look at the Necronomicon after following Nancy Wagner (Dee) to the library where she has been tasked by her professor, Dr. Henry Armitage (Begley) to lock it back in its case. After being seemingly hypnotized/charmed by Wilbur Whateley and allowing him to look at the dreaded book, Dr. Armitage comes upon Wilbur reading it and learns who he is. 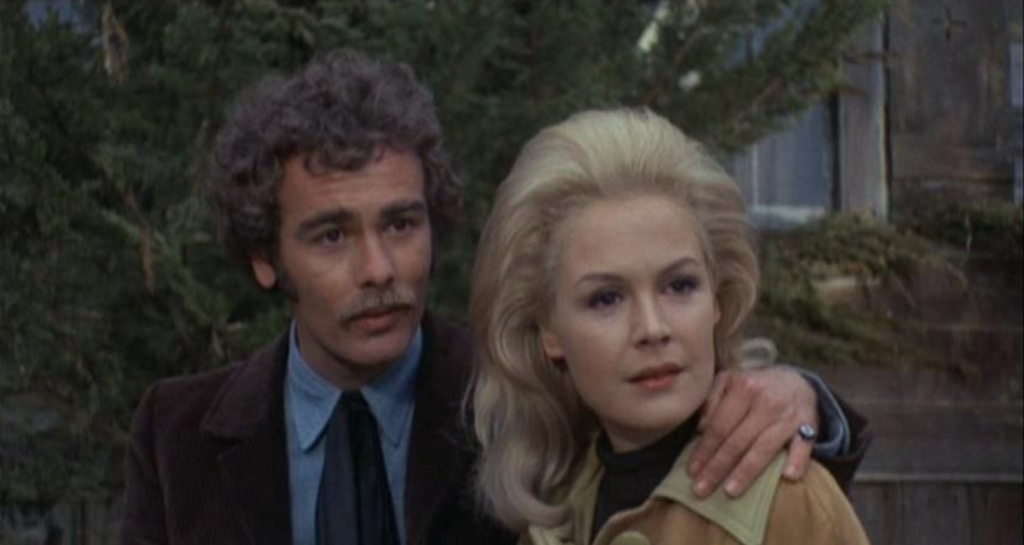 From there we watch as the strange Wilbur Whateley sits down with the Doctor, Nancy and her friend Elizabeth Hamilton (played by Donna Baccala), for a meal.  After the meal Nancy drives Wilbur home because he “misses” his bus. Wilbur then invites Nancy inside his decrepit mansion for some tea, thus beginning the psychedelic spiral into madness and ritual sacrifice.

The Dunwich Horror, although certainly not a faithful adaption of H.P. L’s short story, benefits greatly from the majority of the parts it does borrow from the story. 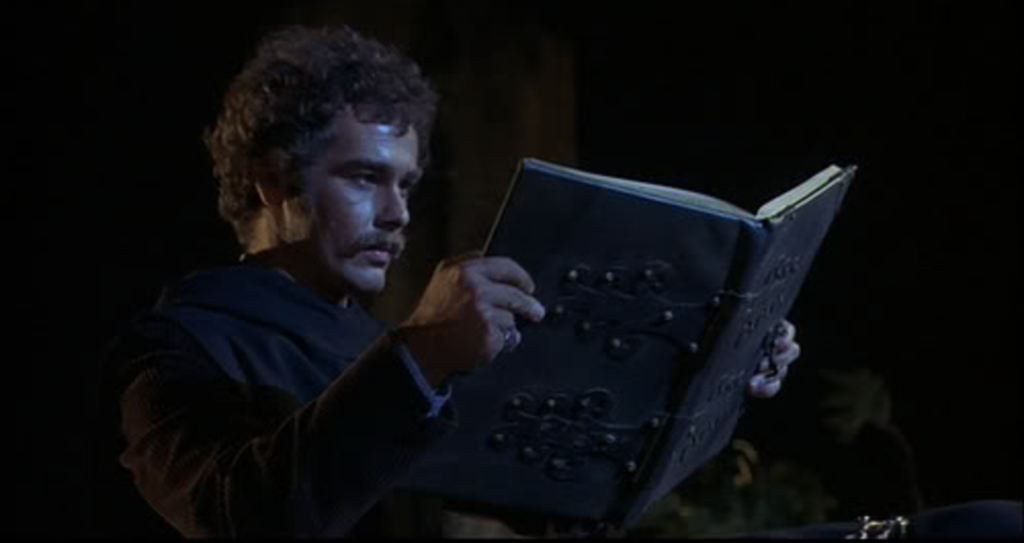 But the fact that it isn’t a faithful adaptation is not the biggest problem of the film. The biggest problem lies in the fact that it IS based (somewhat) off an H.P.L story which, although a fun and seemingly easy idea to execute, is actually quite hard by the very nature of H.P.L’s stories (specifically his cosmic horror stories). Namely that whatever we can imagine in our minds isn’t nearly as terrifying as what IT (the monster) truly is.

That’s not to say that the monster (which we don’t exactly see till the very end or on the film’s poster) isn’t cool looking — it is in a campy 1970s sorta way which, if you think about it, has a charm all its own. But it is not frightening. With that said, the acting is for the most part solid, although some the dialogue could better, and the overall film looks and feels great.

I had a blast watching this film. So what if the monster looks like the flying spaghetti monster!

The Dunwich Horror is entertaining, creepy (at times), and a fun film all around. The score is powerful, and the women are (as you would expect) gorgeous. While not extremely sexually graphic or violent (at least compared to some genre films that came out during the 70s — The Sinful Dwarf anyone?), the film does have at times a titillating eroticism (and the bad acid trip-esque nightmares Nancy has are enough to make anyone at least slightly uncomfortable).

To end with, this film definitely is not meant for children (even though the man who tipped me off about this film was under 13 when he first went to the movie theater and saw it), but it is definitely worth the ritual sacrifice of fright for fun!