An American Vidiot Presents: “In a vast and distant galaxy…” 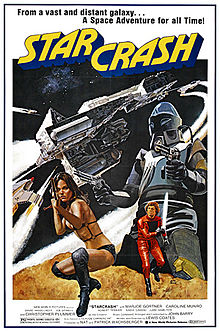 When Star Wars came out in 1977, everybody and their dog went to go see the movie that quite literally changed film and influenced thousands of filmmakers… a little too much. A ton of directors wanted to cash in on the hugely successful science fiction action movie. We got movies, such as Battle Beyond the Stars (Roger Corman), Galaxina (William Sachs), Turkish Star Wars (yes, that is a real thing), and so much more. But there is one movie so obviously influenced by the sci-fi classic that it boggles my mind how it was ever even made, and that movie is Starcrash.

Starcrash is an Italian science fiction movie from 1978 (one year after the release of Star Wars) that was directed by Italian cult director Luigi Cozzi and stars famous actors such as Caroline Munro (The Spy Who Loved Me), Joe Spinell (Maniac), Christopher Plummer (Up), and even the hugely well-known David Hasselhoff (Knight Rider). 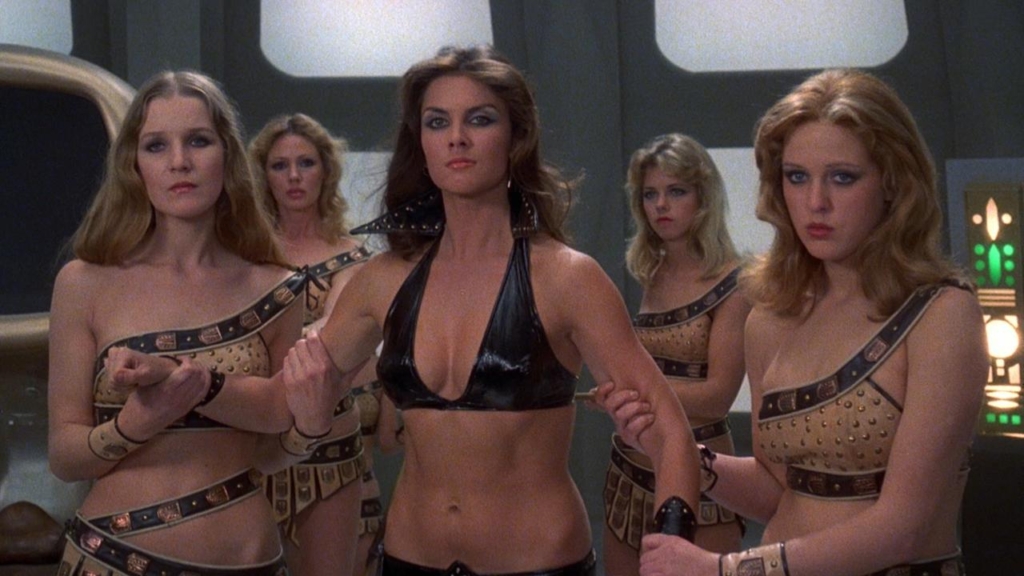 The movie is basically the plot of Star Wars, but I guess I’ll explain it anyway. Starcrash is about how the universe is under control of the evil emperor Count Zarth Arn. He has evil plans of evilness of destroying the good emperor and his kingdom. Knowing this, the good emperor sends a group of smugglers to destroy him.

I struggled trying to decide if I should even review this movie or not, mainly because the movie has been released on DVD and BLU-RAY on the Roger Corman’s cult classics line courtesy of Shout Factory. But I think this movie perfectly fits in this category, simply because of its obscurity. 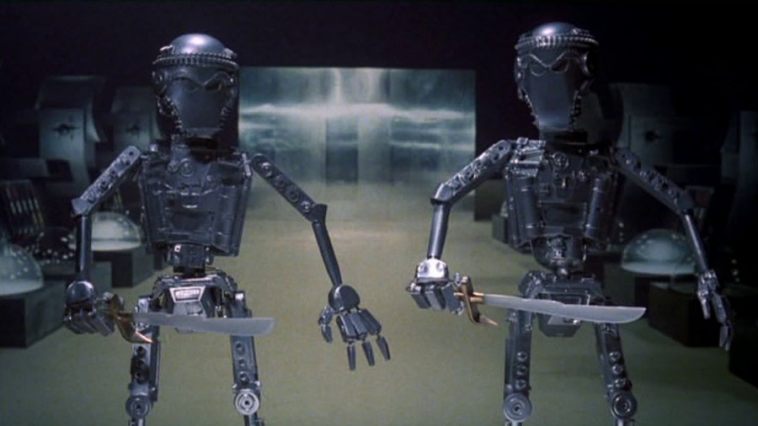 Starcrash was originally distributed on VHS by Charter Entertainment, Substance Video, and Vipco Productions. All of the releases of the tape have some awesome poster artwork, even if it’s similar to another certain movie. Also, this movie is perfect on VHS. The gritty and awful quality adds to the overall charm of the movie. And even though the movie is better on tape, I do recommend that you watch it on BLU-RAY, just because the price of the original tape has gotten steep.

I want to begin with saying that I’m a massive fan of the Star Wars saga, which was one of the main draws of this film for me. I also really liked the cast. There are so many actors in this that later found significant fame, including David Hasselhoff (this was his second feature film) and Oscar winner Christopher Plummer. The movie also has its own Mystery Science Theater episode, which might say a lot about the film. The last thing that reeled me in was the director Luigi Cozzi, who directed the cult classic Contamination, which I am actually quite fond of and might be a future movie of the week segment. 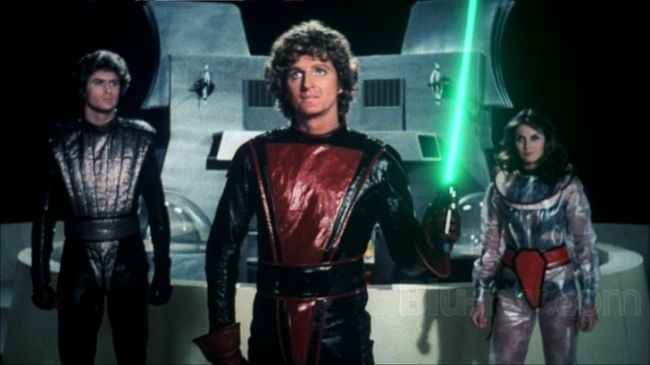 This movie is insane! I’d like to try to limit the amount of times I repeat that this is a rip off of you know what, but I don’t even know if that’s even possible. Let’s just look at the basics. The movie has an evil emperor, robots, close ups of slow moving ships, magic powers (which I can only assume is the force), and lightsabers…lightsabers! In spite of all that, the movie does have its own unique charm. Even though the set looks like an amateur school play, you can tell that Luigi is a devoted fan and is actually trying. Actually, everyone in the film acts like they’re trying. And for the most part, this movie is a ton of fun! It’s a movie to pop in, watch with friends, and enjoy the ride all the way through.

Starcrash is by no means a great movie, its not even a great rip off movie, but it’s such a fun ride. The film never felt slow, had a great cast and director, and is influenced by one of my favorite films of all time. Starcrash is a must see for any Star Wars fan.