The purposely over-the-top horror comedy, slasher spoof “Camp Death III in 2D!” has a lot of heart, even if it lacks focus and mass appeal. 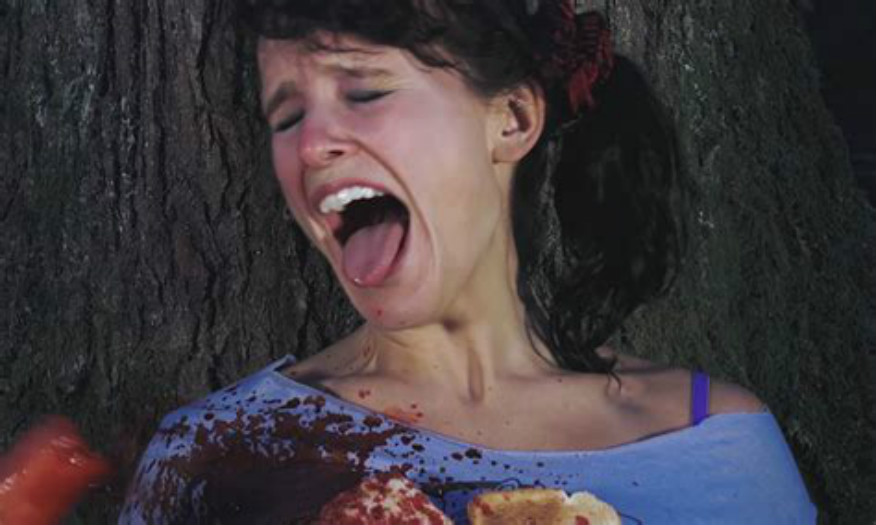 As we the end our coverage of the 2019 Horror-On-Sea Film Festival, I had the pleasure of viewing the raunchy and completely bonkers Camp Death III in 2D! It’s an in your face, balls to the wall explosion that’s bound to leave you twitching with anxiety.

Camp Death III in 2D! is a 2018 horror comedy, directed by Matt Frame. It stars Dave Peniuk, Angela Galanopoulos,Darren Andrichuk, Emma Docker and Katherine Alpen. Camp Crystal Meph, aka “Camp Death”, is primed for reopening under the guise of a rehab center for mentally ill adults. But when the staff and campers begin dying off, either killer Johann Van Damme has risen from the grave or it’s the work of a copycat.

This film is outrageously insane and in a class all its own. 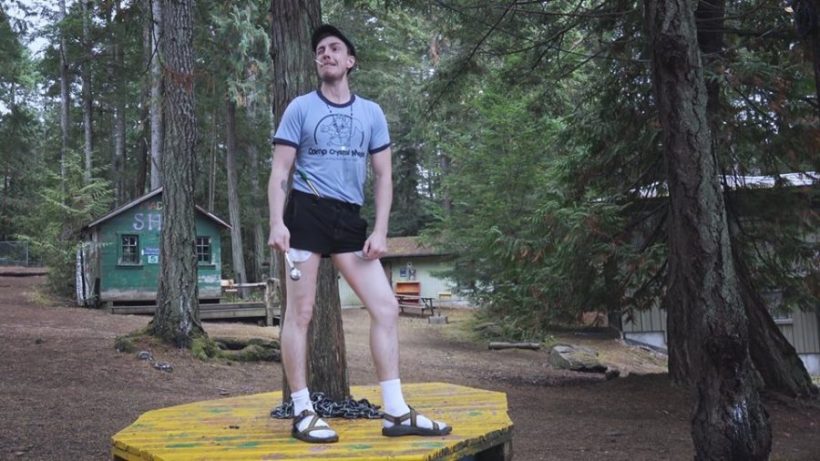 It’s labeled as a parody of Friday the 13th part III in 3D, but that’s putting it lightly. The fictional, Camp Crystal Meph is aptly named, because that’s exactly what this film feels like. It’s like a bullet train to to adrenaline town. It blasts off at full speed, with no brakes to cushion the collusion.

For what this film is, it totally works. The acting, editing, sound, directing, concept and execution are all beautifully done and worthy of applause alone. However, this film is extremely hard to take and only for dedicated horror fans. The majority of the time you’re wondering whether you’re supposed to be laughing or taking it seriously. At one point there’s even a scene using extremely low budget rip offs of speeder bikes from Star Wars. 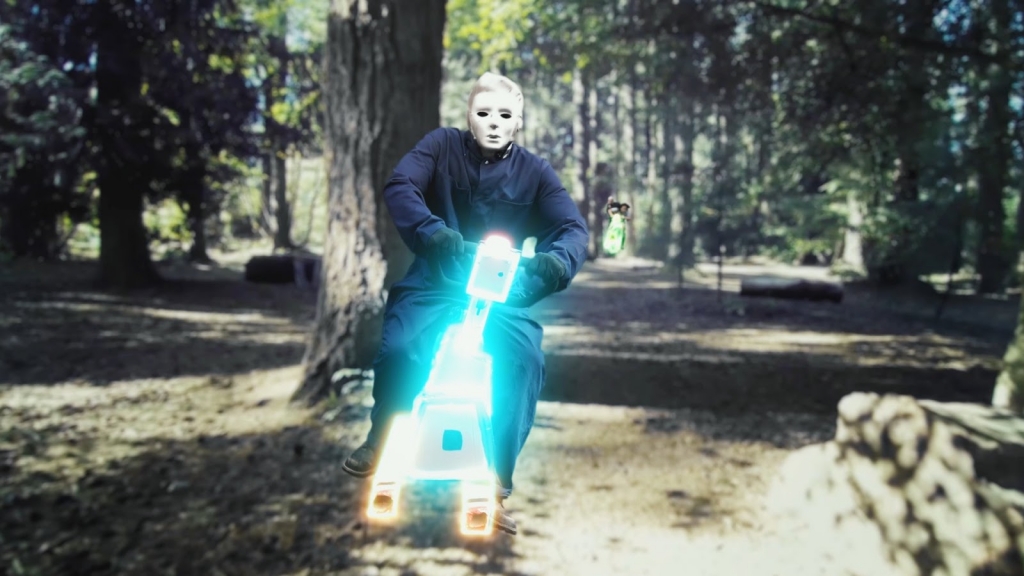 The film is entertaining in small doses, but it appeared as if they had no idea where it was headed. It’s choppy and feels kinda like it was spliced together in areas, with no true timeline. It’s a mess to an untrained eye, but it all works if you dig a little deeper and take a closer look.

It’s a film that’s a bit of an acquired taste and definitely not for everyone. And that can be taken either way. Some hardcore fans might not take to it, while some might love it dearly. The good thing is, there definitely won’t be anyone on the fence, with its vulgar and crude nature.

Camp Death III in 2D! runs at a hundred miles a minute and will leave you spinning if you’re not prepared. 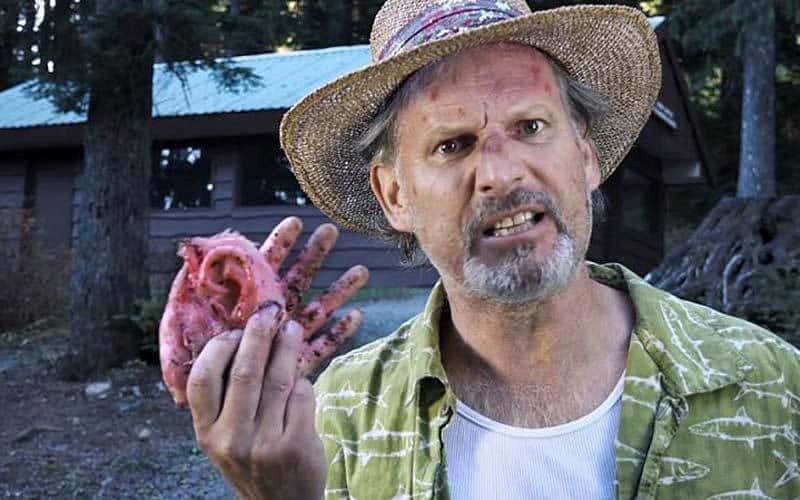 The special effects are hit and miss. Some of the computer graphics aren’t the best. However, for the most part, the practical effects were terrific. The makeup is probably the best thing about this film. The costumes are pretty cool, and the lighting and overall cinematography are very well done. There are also a few great performances thrown in.

Dave Peniuk did a stellar job as the head counselor Todd Boogjumper. He was both funny and likable. And of course Katherine Alpen was phenomenal as the crazy and unstable Verta. She took that character above and beyond and was just mesmerizing to watch whenever she appeared on screen. To convincingly pull off such a brash and ostentatious character takes a ton of talent, and Alpen delivered.

Camp Death III in 2D! has its fair share of flaws, although most are hard to notice due to the nonstop pace set from the moment the film plays. 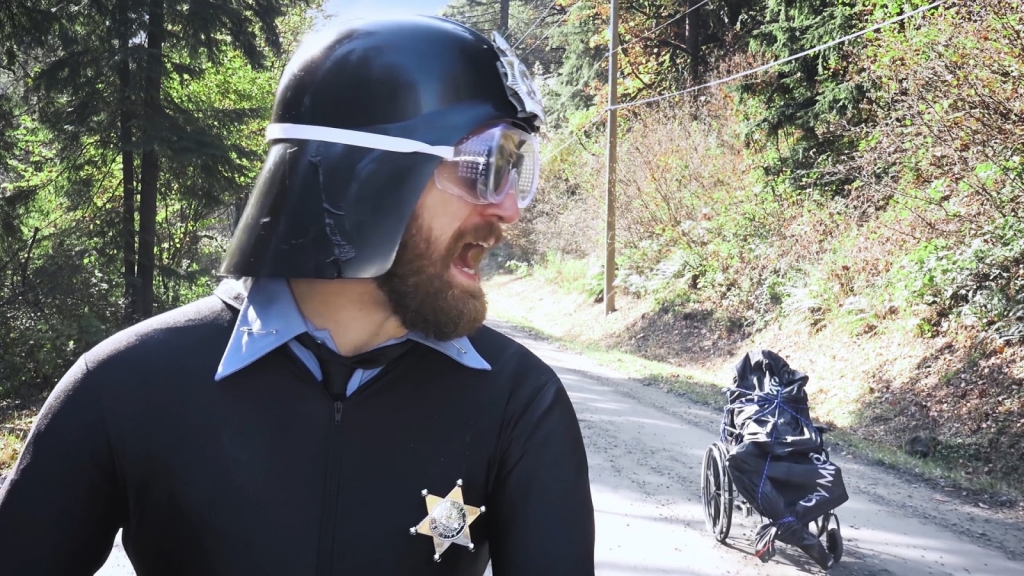 The main problem, depending on how you view the film, is the lack of a true killer. The slasher character of Johann Van Damme comes off as uninspired and an afterthought. It was missing that true slasher je ne sais quoi. Also, there wasn’t someone to really root for, so you’re kind of left unfulfilled in the end.

In this film, nothing is safe or scared. It’s full on insanity, like a junkie with a needle.

At one point, there’s even some Santa suits used. It’s pure madness and lunacy…on meth. It holds no punches and attacks you like a face eating squirrel (and yes, there’s that, too).

So, if you think you can stomach it, give this film a go. It’s so bad it’s entertaining. If anything, broaden your horror knowledge and film library. However, you’re forewarned. This film isn’t for everyone.