Chilling and gorgeously shot, “The Deeper You Dig” is a unique and atmospheric supernatural thriller that unwinds slowly but keeps viewers entranced. 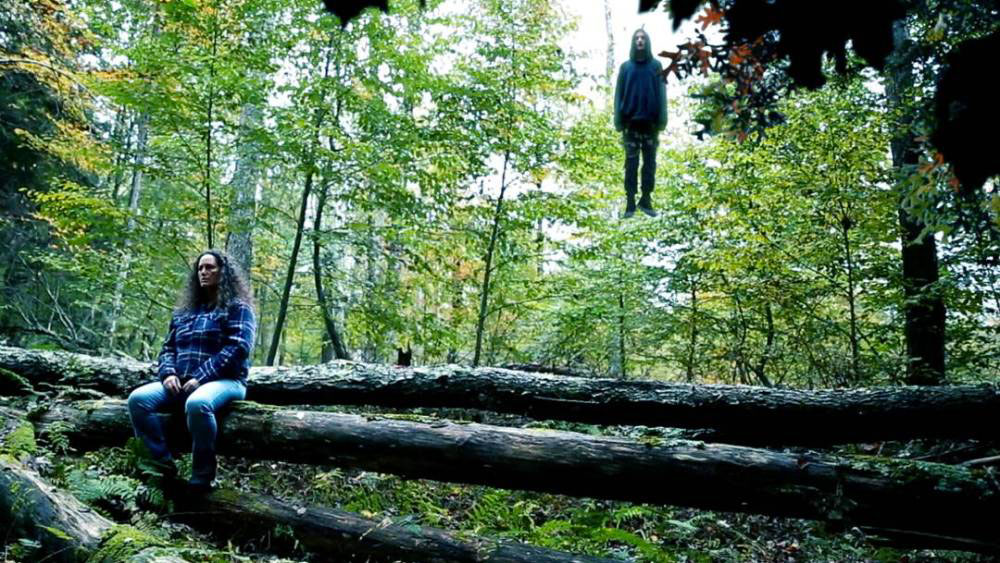 The filmmaking family of Toby Poser, John Adams and Zelda Adams have crafted a haunting tale of love and grief that can’t help but touch anyone that sees it.

Synopsis: When a young girl disappears and the guilty party tries to hide his crime, he learns the hard way that love cannot be buried.

The Deeper You Dig is an extraordinary film. I think the reason I like it so much is that it is a rare thing in moviemaking these days; a simple character-driven story brought to life with excellent performances.

The beautiful frozen landscape in New York is the perfect background for this heartbreaking tale. Almost every aspect of this film — including the script, direction, acting, and film score — was done by the trio of Toby Poser, John Adams and Zelda Adams. However, this low-budget gem looks the opposite of what you would expect from something so “homemade”. 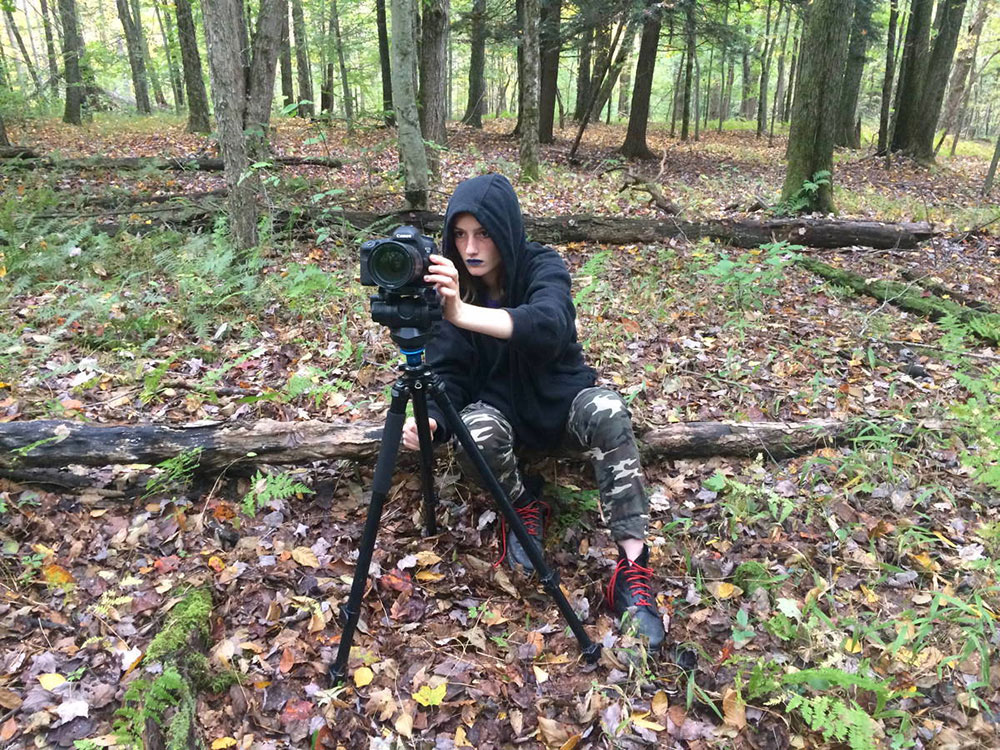 That’s a testament to the tremendous talent of this filmmaking family, aided by the terrific SFX work of Trey Lindsay.

Echo Allen (Zelda Adams) is a 14-year old girl who loves dark lipstick and old-time music. Her mom, Ivy (Toby Poser), was once a talented psychic, but she is now just a con-artist duping whoever she can in order to make a living. Echo and Ivy are close and plan to hang out over the weekend, but Echo wants to go sledding tonight. They live in the snowy Catskills, and the weather is perfect.

Unfortunately, Ivy has an easy mark tonight, one of her regular customers. She asks Echo to wait at home. But like most teens, Echo is impatient and makes the poor decision to go sledding alone.

Kurt (John Adams) is a newcomer to the area. We don’t know much about his background, but it’s obvious he’s a loner. He’s in town to renovate a farmhouse down the road from the Allens. On this fateful night, Kurt is out having a few drinks too many. On his way home, he hits what he thinks is a deer, but turns out to be Echo on her sled.

Since it was an accident, the fact that Kurt throws Echo into the back of his truck instead of calling the police implies that maybe he has a shady past. Things might have been ok when Echo regained consciousness — not dead after all — but Kurt panics and makes the biggest mistake of his life. Echo is now missing, and the police don’t take it seriously. Ivy senses her daughter is not alive but doesn’t know for sure. 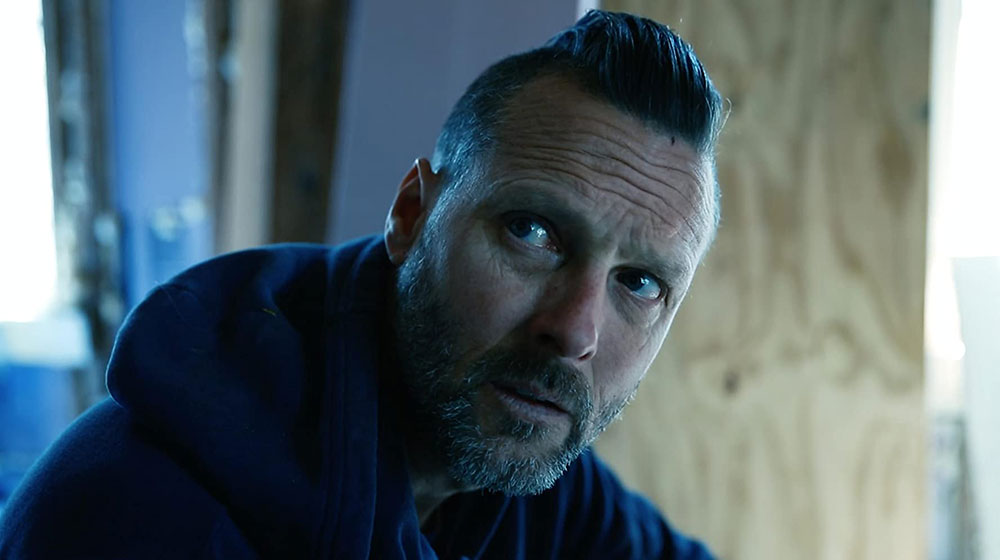 As a mom, I deeply understood the grief and terror she felt.

Echo does her best to reach out to her mom in many ways.

And Kurt, well he’s just a mess. My favorite part was watching Echo mess with him from beyond — and seeing the guilt-ridden Kurt fall apart while she gets “into his head”. At first, it’s not clear if what he’s experiencing is just a result of the remorse and paranoia he feels, causing him to manifest visions of the young girl. However, as I realized it was so much more, I looked forward to his ghostly encounters. I enjoyed the discomfort, confusion, and fear it caused him.

Dripping with a sense of dread that builds throughout the film, the audience can’t help but want vengeance for our young victim, hoping that somehow she will win. 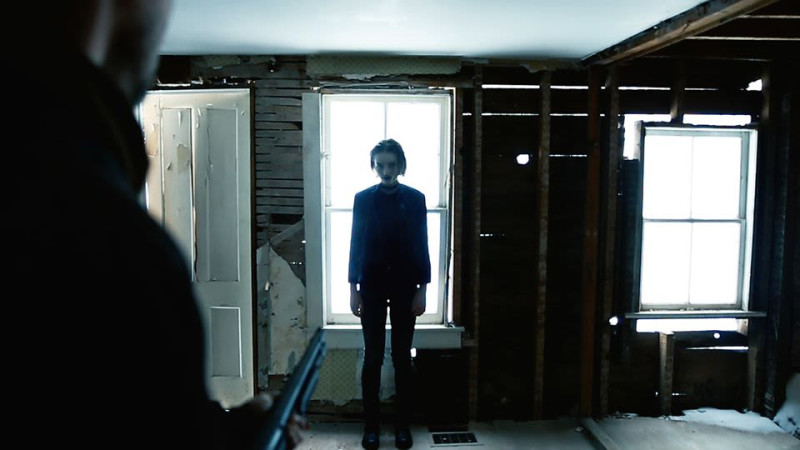 In their director’s statement, the Adams’ describe The Deeper You Dig as “a story about grief and survival, cloaked in shades of horror and bent through a mirage of the supernatural.”

“We wanted to make a ﬁlm that fell into the realm of horror, but that was also a drama about true, impenetrable love — and the lengths to which a mother and daughter might go to stay whole.”

I think that, along with an amazing twist ending, sums up this film perfectly. I suggest you put it on your list of must-see indie horrors for 2020. With the forced quarantine we are in, the film will miss many of the film fests it was scheduled to play at, and it needs the love it deserves.

Watch for The Deeper You Dig on VOD from Dark Sky Films in June, with additional exciting announcements to come soon. Check the Wonder Wheel Productions website for more information.