We catch up with filmmaker Aleksandra Svetlichnaya to discuss “CRAVING”, the latest thrilling installment in her connected short film “DINNERVERSE” series. 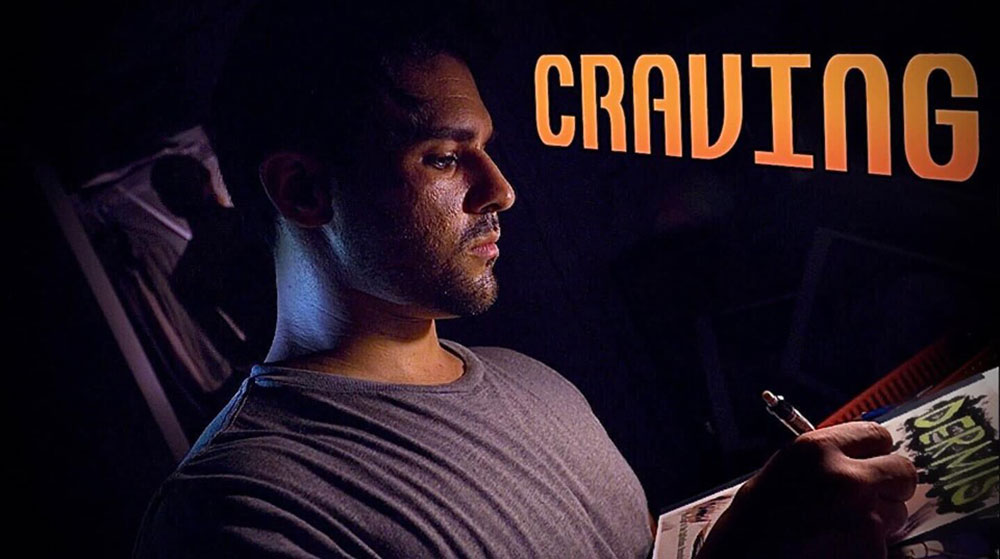 The idea of building a cinematic universe has become commonplace ever since Marvel Studios successfully created the template for others to follow. But you don’t need Marvel money in order to create a connected universe over the course of a handful of films. Just ask Philadelphia-based filmmaker (by way of Kharkov, Ukraine), Aleksandra Svetlichnaya, whose DINNERVERSE short film series just added its fifth installment with CRAVING.

Beginning back in 2015 with DINNER, continuing a year later with BREAKFAST, getting darker with 2018’s MIDNIGHT SNACK, and celebrating female empowerment in 2019 with HORS D’OEUVRE, Svetlichnaya has expanded the DINNERVERSE in unexpected and surprising ways.

When asked if she envisioned a connected  universe of sorts during the production of 2015’s DINNER, Svetlichnaya says, “DINNER was originally filmed as a standalone short film. It was after it was released and we received such an overwhelmingly positive response that I got the idea to turn it into an anthology series.” 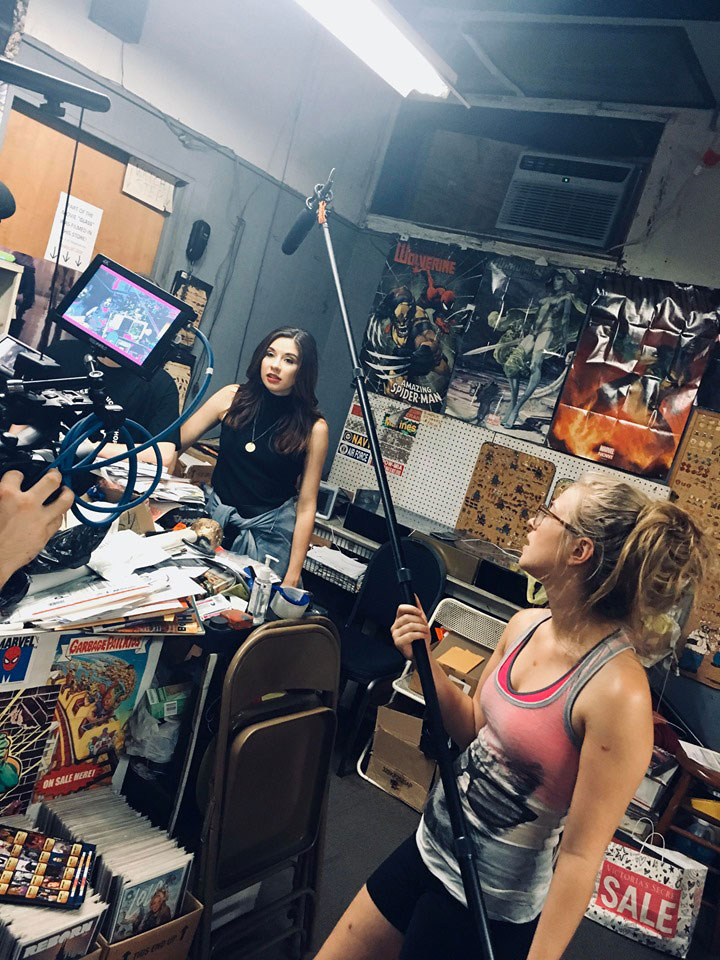 It’s a good thing too, because each entry has been expertly crafted into fast and fun bite size chunks of entertainment.

And kudos to Svetlichnaya and her DINNERVERSE crews for displaying solid technique (the fight choreography and editing are superb). They really put forward a well produced and great looking product.

Characters in other films often get ready via a montage of sprucing themselves up to look their best, while music plays over the scenes in a confidence-building manner. But not Clarhk Jórelle (Cyrus Samson); he actually plays that confidence-building music while looking at every angle of himself, admiring what he sees in the mirror. Looking good, kid!

That is until his girlfriend trips over the chord, unplugging it and abruptly killing the ‘I’m-too-sexy moment’ Clarhk finds himself lost in. 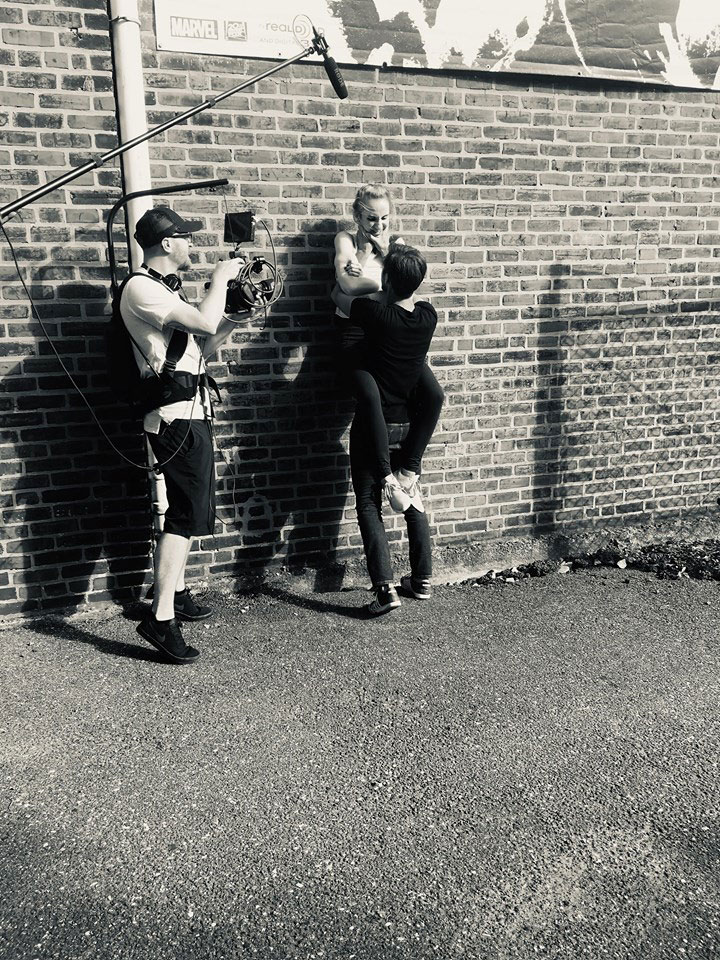 And so begins CRAVING, the exciting new adventure in the DINNERVERSE.

Every artist is chasing the Next Big Thing, but Clarhk Jórelle takes this ambition to the extreme. He shows up unannounced (read: uninvited) to the local comic convention only to be denied at the door — you know, because who the hell is this guy? In addition to being full of himself and his delusion of grandeur, Clarhk is also full of excuses. When his girlfriend calls him out by asking, “When was the last time you even picked up a marker,” Clarhk leans in and quietly, but sharply, replies with, “You know I have a process.” (Read: he doesn’t have a process).

After sitting out the last entry (2019’s HORS D’OEUVRE), the characters of Oscar (Joshua Kachnycz) and Hamilton (Ricardo Segarra) return to the DINNERVERSE. The care-free, best buddy duo are funnier than ever, delivering one laugh-out-loud moment after another (“You forgot your inhaler!” “Blow in my mouth, blow in my mouth!”).

One of the best moments in CRAVING is when Oscar and Hamilton think they scare off a trio of bullies but, unbeknownst to them, it’s really DINNERVERSE hero Dylan (Aleksandra Svetlichnaya) who saves the day (in a great fight sequence). 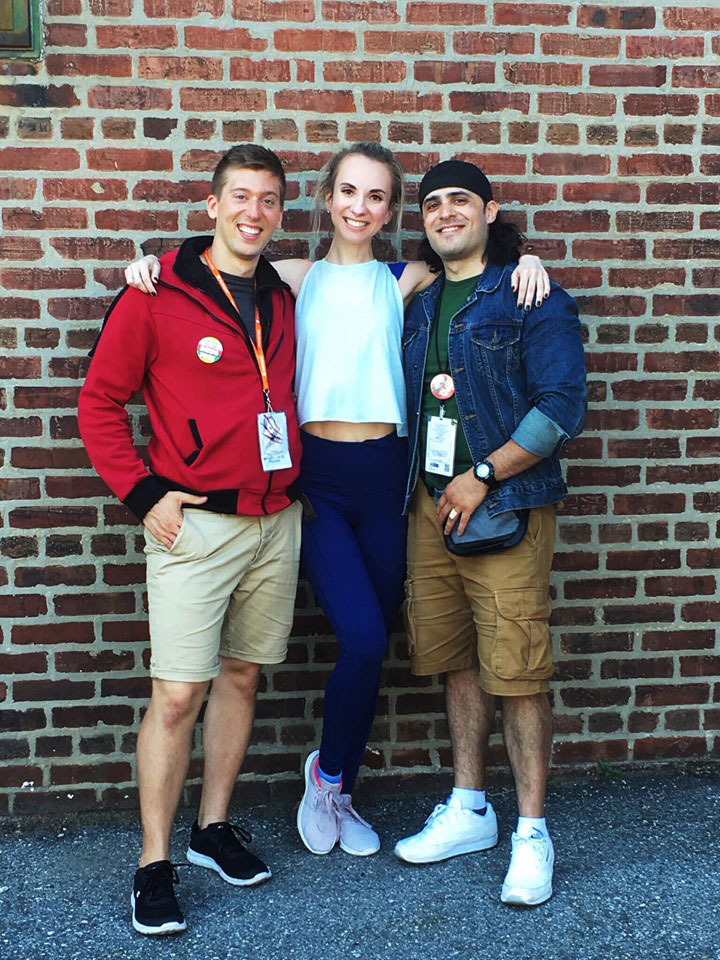 Not only are Oscar and Hamilton returning favorites in the DINNERVERSE, but the actors who play them have become part of the creative process of the series.

“For me the story process has always been collaborative. I like to say that filmmaking is a team sport and I always like getting the input of other creative people involved. Especially those who had been involved with the DINNERVERSE for a long time, like Ricardo Segarra (Hamilton) and Joshua Kachnycz (Oscar),” says Svetlichnaya.

In order to get Clarhk past his creative block in CRAVING, his girlfriend (a wonderfully mysterious Liz Wiest), gives him a magic sketchbook designed to “inspire” the artist and “never run out of pages”. Clarhk then becomes the great artist of a best selling comic book, everything he’s ever dreamed of and more. But it isn’t only a great comic that Clarhk hasn’t created, as strange and unusual events begin to take place.

This is when CRAVING leans into horror with beautifully done makeup effects (shout out to Rachel Bitner and Kathryn Kropinski), and veers the DINNERVERSE into yet another direction.