The Shudder exclusive horror film out of Taiwan, MON MON MON MONSTERS, is a ghoulastic good time and a real treat for gore hounds. 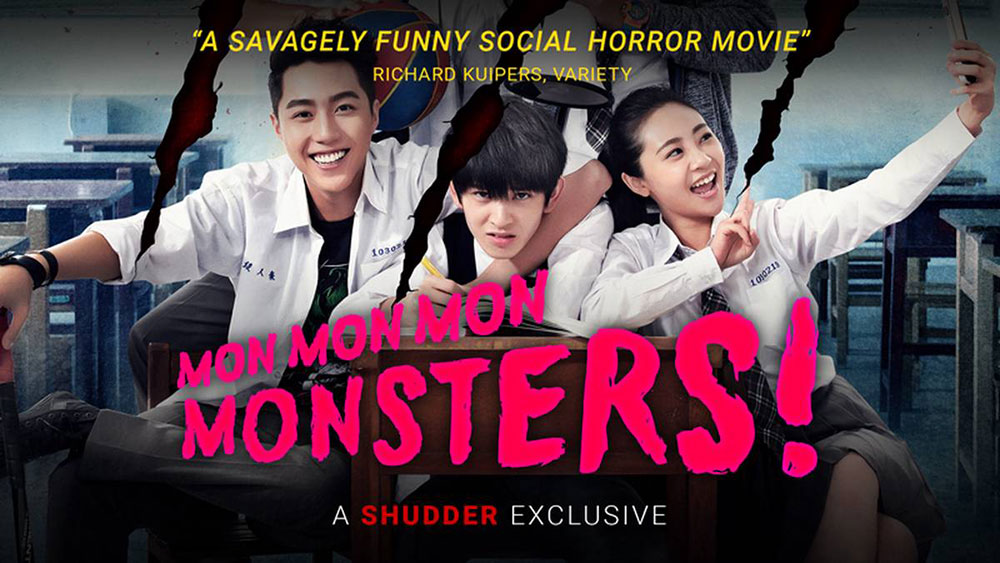 When I started watching Asian horror, I found the genre to be, at times, impenetrable. My introduction to this unique blend of horror and folktales came from movies from the 80s and 90s that were steeped in mysticism. There were recognizable monsters like vampires and ghosts, but they didn’t behave like the monsters I was familiar with.

Over time, as I exposed myself to more Asian cinema, I became more familiar with the sensibilities of these stories and why their versions of well-known monsters may behave differently to American or even European versions of those monsters.

I went into the Shudder exclusive release MON MON MON MONSTERS expecting something a little off-the-wall, but this movie was surprisingly straightforward. 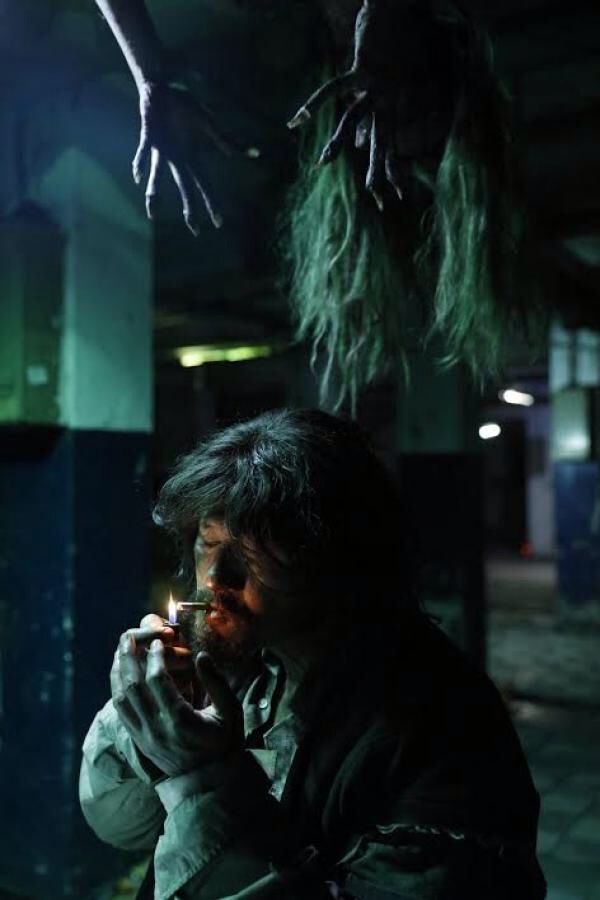 The movie starts off following a homeless man walk towards his preferred sleeping spot. Unbeknownst to him, he’s being hunted by a pair of sisters, two ghouls to be exact. Once out of sight of the public, the homeless man is grabbed by the older ghoul, killed, and becomes a late-night snack for the two.

The following morning, at a nearby private high school, straight-A student Lin Shu is standing in front of his class, accused of stealing class money.  It is clear Lin Shu is innocent, but his teacher does nothing to defend him as he is mercilessly heckled by the class and, in particular, by a small group of bullies. For some inexplicable reason, Lin Shu is ordered to do community service with the bullies: Liao, Yeh, and Ren-Hao who is referred to as “Boss” by the small group. 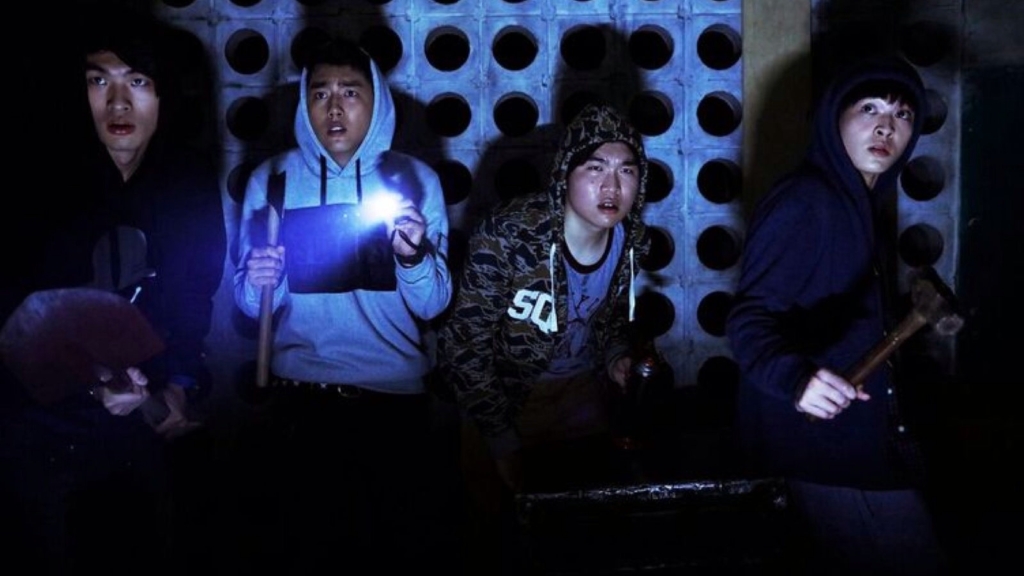 While performing their community service with the elderly, the group begins to abuse the elderly — using them to play games of chicken, stealing from them, and taunting them with the food meant for the elderly. Despite misgivings, Lin Shu begins to join in with the gang and eventually is accepted into their group, kind of.

While on their way home from a night of community service, the boys encounter the two ghouls eating one of their late night meals. Running from the two monsters, the band of bullies find themselves in the street and witness a car hitting the younger ghoul. Realizing she is a true monster, they kidnap her and hold her captive in a secret location near their school. The gang is unaware that the older sister will do anything and go through anyone to find her younger sister. 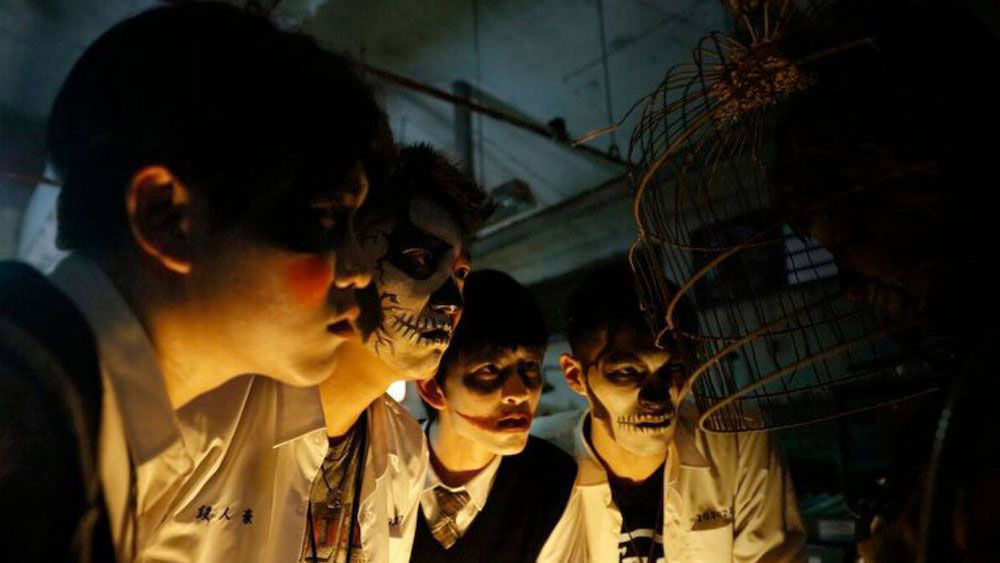 MON MON MON MONSTERS is a morality play that we’ve seen many times before. The movie asks what makes a monster, and how long can one stare into the abyss of evil before becoming a monster themselves.

While the theme is one that is common, the story is not just recycled bits of other movies we’ve all seen before. Writer/Director Giddens Ko challenges the audience with a proposition that there’s a monster in all people, and that monsters are not part of nature but are created by one circumstance or another.

But this is a horror movie, and we horror fans are here for more than a morality play – we’re here for monsters and gore. Good news gore fans, MON MON MON MONSTERS is awash with scenes of bloody mayhem. There is one particular scene, inside a bus, that is a gore scene for the ages.  The makeup design of the sister ghouls is outstanding too. They look human with disturbing monstrous features. The design doesn’t go overboard, but the subtle monster effects are tremendously creepy and affective.

The streaming subscription service, Shudder, continues to provide horror fans with a library of fantastic movies from all genres and from different parts of the world. Add Taiwan’s MON MON MON MONSTERS as another brilliant addition to an already stacked library of movies.