Anthology fans with a hunger for humor and a palate for low-budget, indie horror should have a blast with “Monsters in the Closet”. 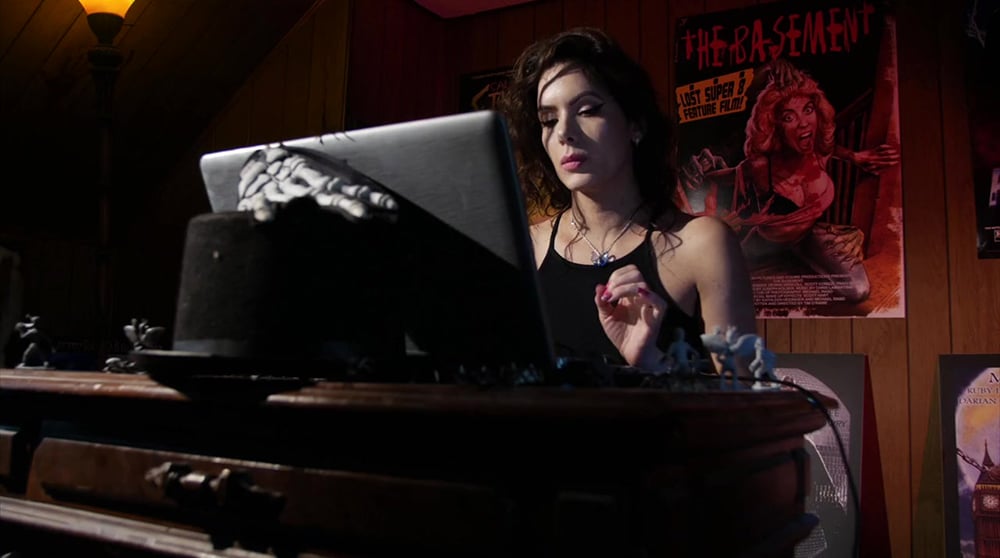 A truly satisfying horror anthology film is difficult to come by. Most are too imbalanced to be enjoyable as a whole, and many suffer from weak wraparound stories or a lack of real cohesion. However, when done right, they can be wildly entertaining.

Such is the case with the 2022 gem from The Syngg Brothers, the comedy-horror anthology film Monsters in the Closet.

Like so many films released in the past couple of years, Monsters in the Closet was shot during the pandemic on a micro-budget. While it’s the debut feature film for The Snygg Brothers (Zack and Spencer Snygg) as a filmmaking team, Zack has been making a splash in the underground film circuit for years, working under the pseudonym John Bacchus.

Whether or not you’re familiar with any of those titles, you can probably assess based on the titles alone that we’re not exactly dealing with high art here.

Instead, these are films made for fans of cheesy-sexy fun, low-budget gore, and tongue-in-cheek schlock. Monsters in the Closet is no different, and it’s definitely made with a particular viewer in mind.

But if you happen to fall into the film’s target audience, as I did, you’re in for a fun hour-and-a-half of popcorn-munching mayhem.

The wraparound story follows Jasmin (Jasmin Flores), the daughter of a recently deceased famous horror author Raymond Grant (Tom Cikoski), as she returns home to a shocking discovery. Her father was using black magic to write his last novel, and upon being read aloud, the horrors within the book come to life!

The clever plot device involves Jasmin finding an audio file on her father’s computer, which happens to be him narrating the audiobook version of his work. Upon playing the file, all hell breaks loose.

Each of the four segments in the film is lifted from the fateful book, which so happens to be a collection of short stories. 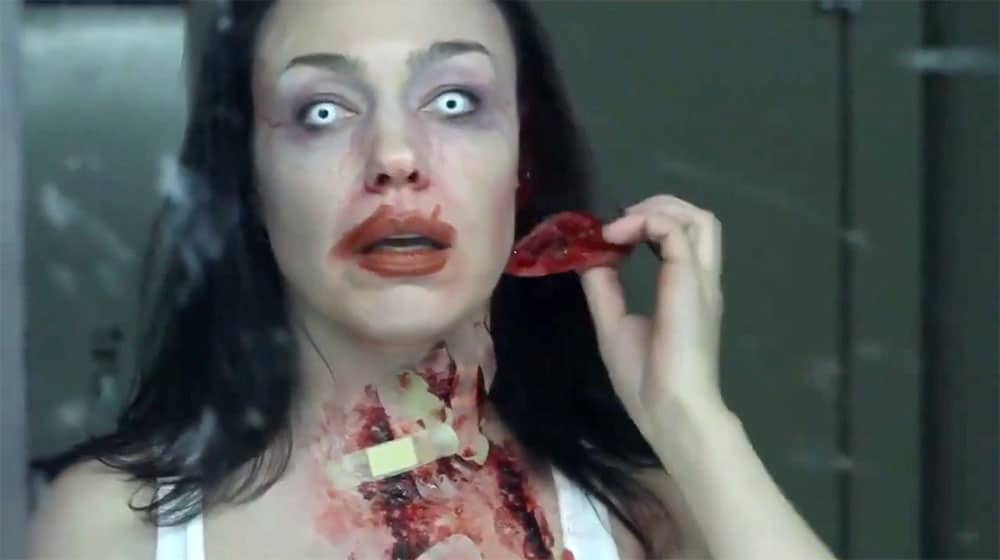 The first short is “Please Kill Me Again” in which the viewer is treated to a first-person POV account of becoming a zombie. There is some great humor in this segment, met with brain-munching blood and guts. The thing that stood out for me here was the POV, which made for a unique and fun play on the zombie genre.

The second story that Grant tells is “Home Improvement” about a young couple slowly losing their sanity while renovating their new home. This one slows the pace a bit, but still has plenty of laughs as the lovebirds start to spiral out of control and struggle with each other’s company.

The third story to be told is “The One-Percenters” which sees a spoilt rich girl using her social standing to get whatever she wants, with murderous consequences. This segment highlights how money can make anything possible, but is framed as a comedic cautionary tale.

The final segment is “Frankenstein’s Wife” in which a mad scientist keeps on bringing his wife back from the dead after accidentally killing her, with increasingly grotesque and hilarious results. This one is wonderfully wacky, and the mad scientist is played to perfection by John Paul Fedele.

In between these shorts, we are treated to Grant’s random musings while Jasmin struggles with the stories coming to life on top of pushy publishers wanting to get her father’s book from her.

Right from the offset, the film doesn’t take itself too seriously and has a real sense of fun ingrained throughout its runtime. 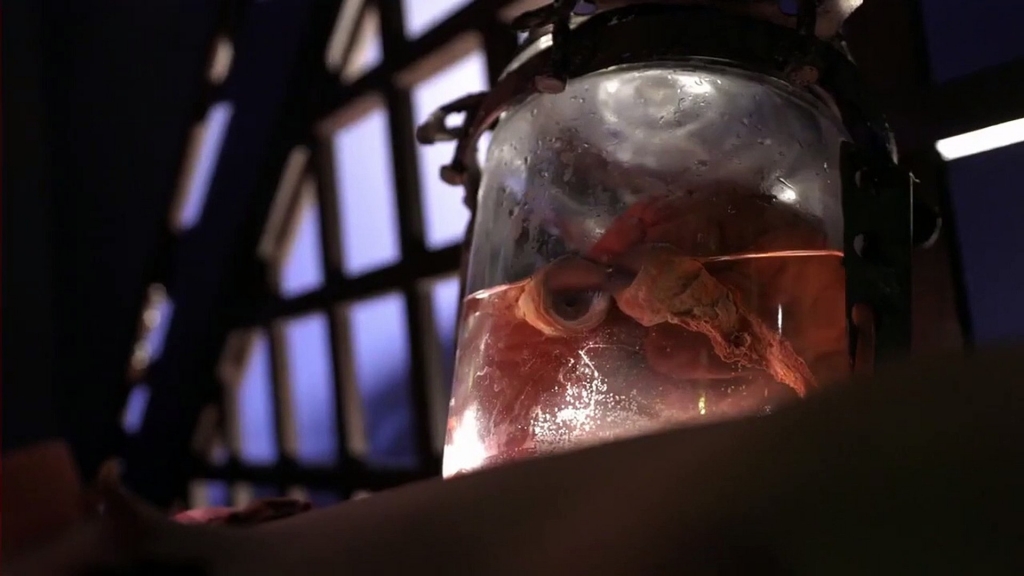 It certainly has a comedic leaning reminiscent of a Troma production, and the irreverent anthology recalls some of Tales from the Crypt’s sillier episodes.

As with all anthology films, there are going to be highlights and segments that perhaps miss the mark, but Monsters in the Closet is mostly hits. Even the slower tales have their laugh-out-loud moments.

The biggest highlights for me were the opening and closing segments, ensuring the film began and ended with a bang. It also boasts an extremely entertaining wraparound story and one hell of a finale — making for a satisfying and cohesive film overall.

With its witty and amusing style and tone, Monsters in the Closet was a definite winner for me and made me want to keep an eye on what the Snygg Brothers create in the future.

Watch Monsters in the Closet for free on Tubi.