In spite of a strong beginning and compelling leads, “Witches in the Woods” veers off course, much like the characters on this cursed road trip. 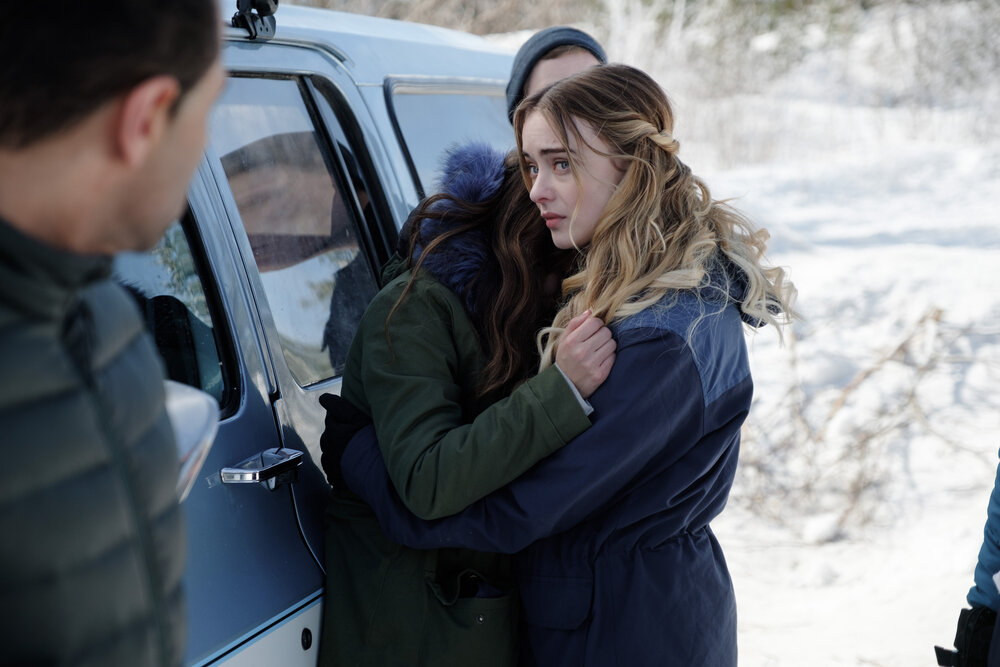 A tense tale of survival set in a fabled New England forest, Witches in the Woods is a thriller about seven college friends whose off-the-grid snowboarding trip takes a turn for the worst when they get lost in the woods after experiencing car trouble. With temperatures falling fast and their nerves on edge, survival instincts take over as the friends turn against each other…and a witch hunt begins.

Witches starts with a dramatic monochrome opening of the Canadian woods as night falls, with a car full of college teens bickering during a snowboarding road trip.

Tenacious college freshman Jill (Hannah Kasulka) is the mother figure of the group and best friends with Allison (Sasha Clements), who has been involved in some form of assault — although no details are given. Alison is subjected to some cruel teasing about this by nasty new girl, Bree (Humberly González), and the tensions in the group start to increase.

The initial quarter hour of the film is the most memorable. 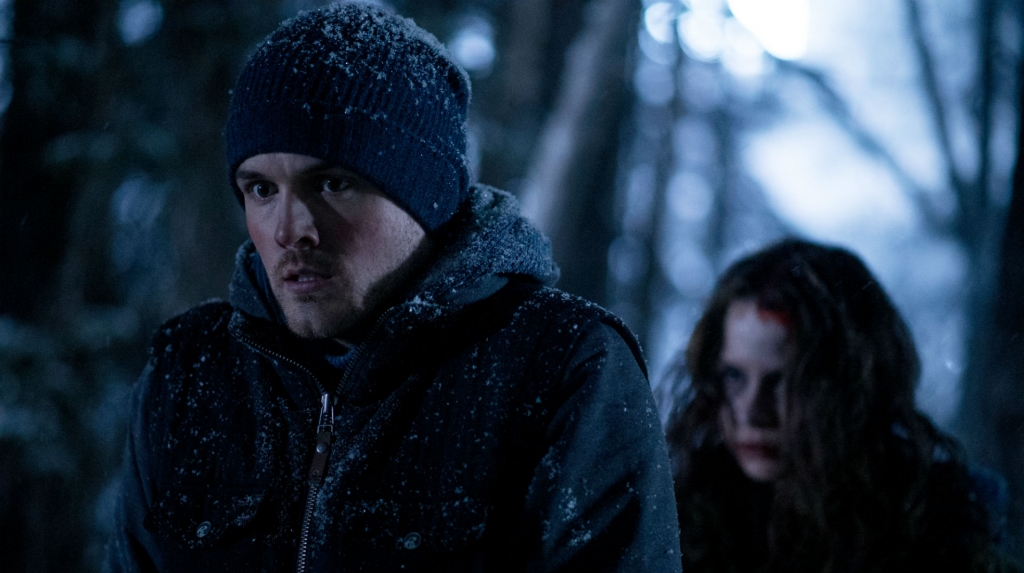 Atmospheric, beautifully-shot cameo scenes are deftly intercut with a slow build up of snowy omens that indicate this road trip won’t end well.

The gang sees ravens watching them, as well as a creepy hunter covering up a bear corpse in the back of his trailer — while providing a nice line in Deliverance-style dialogue: “A dead bear is a dead bear. It’s better than a dead human.”

Bree mentions they are getting near a town known in the past for its ruthless witch hunts. But this brief reference is forgotten as the car takes an ill advised turn into a short cut, and the plot likewise takes a trip into Horror Clicheville.

After squawks of “This is going to be ****ing awesome,” they realize they’re lost in a snowy wilderness, leading to yells of, “I’m telling you we’re driving in circles!” before the obligatory car crash that leaves them stranded.

Fair warning: the title isn’t to be taken literally. 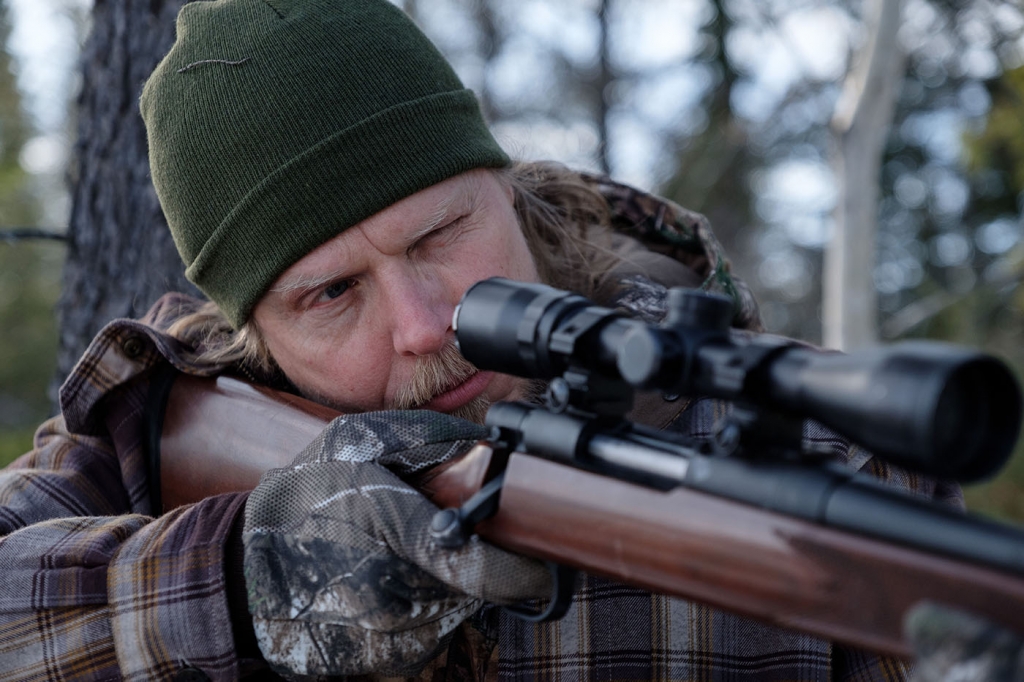 There are, in fact, lots of woods. But we only get a metaphorical witch hunt, picking up from Bree’s brief reference to the nearby town’s history, as the friends begin to turn on each other with accusations of unfaithfulness.

Hypothermia sets in, and violent hallucinations threaten the group’s sanity. Paranoia increases as more of the gang go missing, and they realize the bear hunter is in the forest. Allison starts to suffer possession-style seizures, and she attacks Bree in a moment described as “Linda Blair bullshit”. With nowhere to go for help, the group risk freezing to death or facing the horrors that lie in the haunted wasteland beyond.

The two main female leads, Kasulka and Clements, manage to hold Witches together as it veers into melodrama. And director Jordan Barker does manage to pick up the pace after the gang starts to fall apart, delivering some outstanding final scenes of disturbing, blood-soaked beauty.

Witches in the Woods is now available everywhere on demand from Shout Factory.