It’s a new year and with a new year comes…A NEW ISSUE OF RUE MORGUE!!! 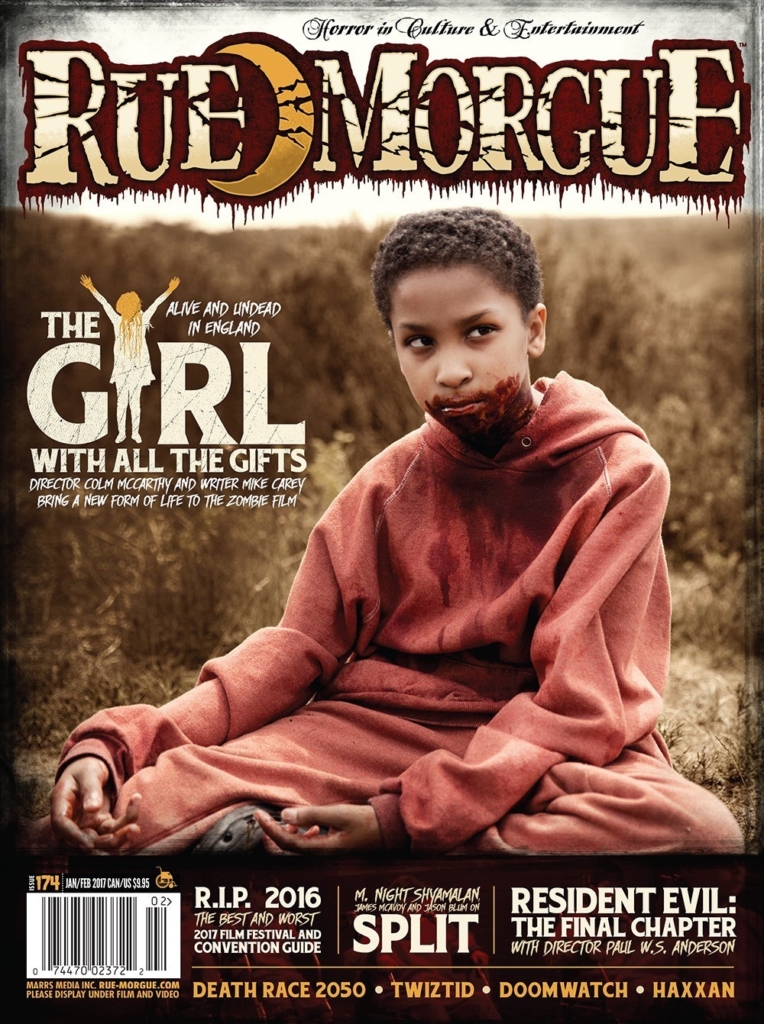 Rue Morgue is a magazine devoted to: Horror in Culture & Entertainment and has been cranking out top notch issues since 1997. This issue is no exception! But before I go into reviewing the latest issue, let me first give you readers a bit of a back story regarding my affinity for Rue Morgue and how I discovered it. The year was 2009. and I was a young kid with a $25 Barnes and Noble gift card burning a hole in my pocket, perusing the magazine rack intent on searching for one magazine in particular. One magazine with the visage of Pumpkinhead gracing the cover that I had the fuzzy recollection of discovering when I was around 9 or ten and exclaiming to my dad upon discovery “Dad, look!!! A magazine devoted to scary stuff!!!”

I have, since as long as I can remember, had a habit of saving the memories of various things that aren’t seemingly all that important or useful (like the discovery of Rue Morgue #81 instead of, say, my multiplication tables) and eventually seeking whatever I remembered out in earnest a year or more later. That being said, I forget a lot of things, too, and get distracted easily, but when something as awesome as Rue Morgue catches my eye I tend to find my way back to it.

Long story short, I found Rue Morgue once again, and to the genuine horror (see what I did there) of my mom who was with me when I brought it and a Ripley’s Believe It or Not book to check out. That issue, the first issue I bought, was RueMorgue #90, and its feature story was a tribute to Ray Harryhausen (pioneering stop motion animator of Jason and the Argonauts and other imageamovies). Since then I have been a die hard Rue reader, and have read all the issues following the first one I bought, as well as a good number of the issues that came before it. 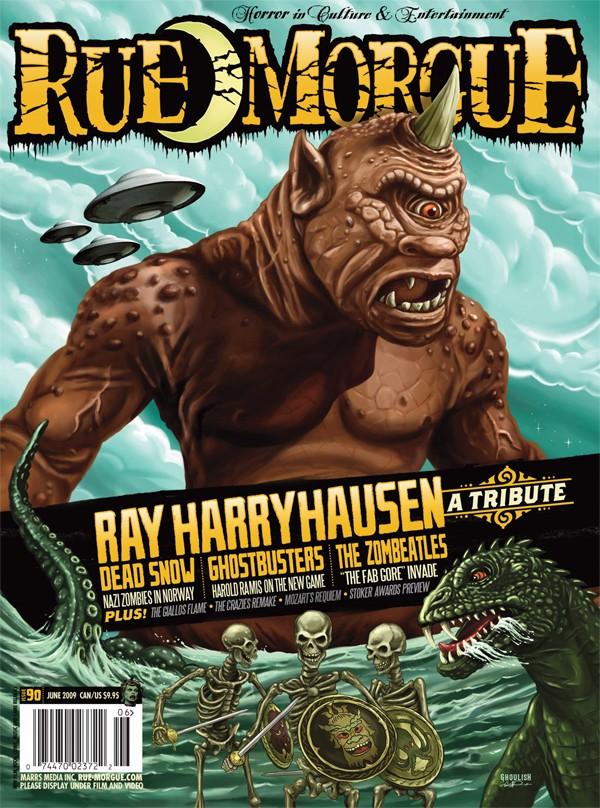 Fast forward to now, and I’m a subscriber with the latest issue, Rue Morgue #174 in my hands and am writing a review of it for this Morbidly Beautiful site. Before I begin the review I would like to thank Rue Morgue for all the wonderful content, inspiration and education it has given me and for prompting me to follow my dark dreams and devote my life to the genre that is nearest and dearest to my dark heart. Horror. In all its forms. In culture. And Entertainment. Now without further ado, on to the issue at hand…

To begin this review, we must start at the beginning of the magazine with the “Note from Underground” where Editor-in-Chief, the ever awesome Dave Alexander, gives “a list of ten reasons why horror matters to everyone” so that horror fans can have a meaningful discussion with non-horror fans if the genre somehow comes up in conversation. This section alone makes the magazine worth the cover price. I have been in many situations similar to the one Dave describes when I tell people I write for this website. I get a myriad of reactions ranging from the enthusiastic to (many times) the taken aback, perplexed or sometimes disgusted. These people range from strangers I happen upon in the produce section of the grocery store, to professors I’ve had in college. 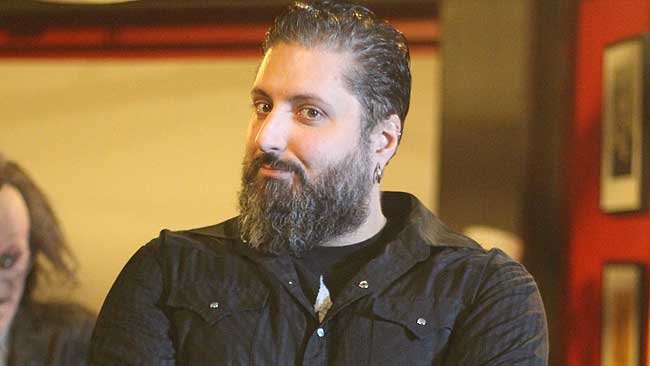 I, too, (like Dave) many times quickly write the genre off as pure escapism and fantasy fun and divert the conversation, or myself, away from the topic (and the person). However there are those in my life (like some of my professors) who if I choose to I could sit down and have a meaningful discussion on the topic. The only problem is I’ve always been afraid of not being able to properly explain or articulate why the horror genre matters behind escapism and cheap jump scares.  Armed with this list I believe, now that the semester is in full swing, that I’ll be properly prepared to have those discussions that I’ve so wanted to have!

The rest of the issue stays at this elevated level, giving wonderful reviews on films ranging form those fresh from the festival circuit (Under The Shadow) to those “overlooked, forgotten and dismissed (In the Hell of Dixie) to those classics and cult classics given new transfers and the blue ray treatment (Rabid) as well as a thoroughly enjoyable feature story on The Girl With All the Gifts, and a look into M. Night’s (then) upcoming film Split.

This issue also gives a detailed overview of the best and worst the genre had to offer in 2016, and a guide to 2017’s horror conventions and film festivals. Other treats include a well-deserved look at two films by the late Ted. V. Mikels: The Undertaker and His Pals and The Corpse Grinders, as well as a wonderful overview of the latest in the world of horror comics, books, music and video games. Additionally, there are a handful of brush ups on some fright flicks of yesteryear, including Hammer’s 1967 shocker Quatermass and the Pit.

Other highlights include Lyle Blackburn’s Monstro Bizarro column, featuring a story of a WWI German submarine and a sea monster; Monica S. Kuebler’s Coroner’s Report featuring some frightfully gruesome facts; an article on the follow up film to Turkish blood bath Baskin; and Gary Pullin’s wonderful column The Fright Gallery featuring an artist I had not heard or seen up until this point, and whose work is jaw dropping (and gruesome in a weird natural history museum sort of way).

In the end Rue Morgue once again proves why they are at the top of the heap when it comes to horror mags!

I tried hard (really I did) to find something to critique or nitpick about, but I couldn’t. The lay out was perfect on every page, the reviews were intelligent, as were the articles, and while they may not have covered everything that’s going on right now related to horror, that’s fine. I wouldn’t expect them to! There is soooooo much going on each month and each year, no one can cover it all. Besides, there’s always next issue and there’s always other great horror publications to cover the rest, as well as websites like this one! So go check it out and become a Rue Morgue devotee.

Also, as a side note, If I’m correct, this is the last (or second to last) issue Dave Alexander will be editor-in-chief. I wish him good luck with all his future endeavors and congrats on becoming Special Projects Manager at Rue Morgue! Furthermore, I would like to say congrats to  on being picked to fill his shoes as editor-in-chief, starting with the 2017 May/June issue! Dave left big shoes to fill, but I have no doubt you will fill them without the slightest effort. Again, congrats to you both.

Rue Morgue is a bi-monthly publication. You can visit them here: http://www.rue-morgue.com/