Sorry Jason, but Halloween will probably return BEFORE Friday The 13th!

Coming next October, John Carpenter is set to return to his iconic Halloween franchise as executive producer. As previously reported, Carpenter recently announced via his official Facebook page that ” David Gordon Green and Danny McBride are joining the project to complete the creative team [behind Halloween]. David and Danny will write the script together and David will direct”. Carpenter further gushed on his official Facebook announcement that McBride and Gordon Green “get it…” when it comes to Halloween. 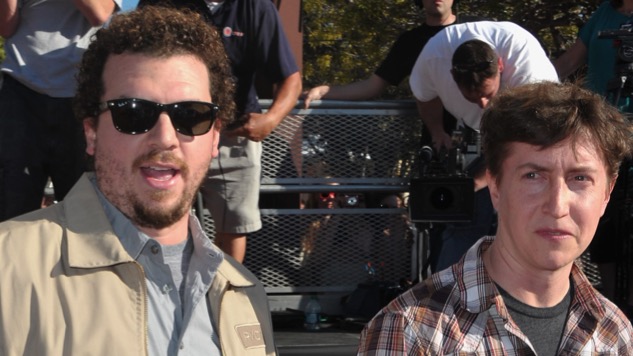 So, what was McBride’s and Green’s idea, that “blew” the Halloween’ mogul away? It will be a Halloween sequel, NOT a remake! So, according to CinemaBlend, during a conversation with the new Halloween helmers, McBride said “You know, it’s not a remake. It’s actually, it’s going to continue the story of Michael Myers in a really grounded way” McBride further hinted fans would finally get to see the aftermath of Halloween II (1981) “And for our mythology, we’re focusing mainly on the first two movies, and what that sets up and then where our story goes from there”.

McBride’s and Green’s Halloween sequel hits theaters October 19th, 2018, with series vets John Carpenter and Malek Akkad producing. Malek has produced the Halloween franchise since installments 6-8, as well as both Rob Zombie remakes. Before that, his father, Moustapha Akkad, was in the same role. Carpenter founded the Halloween franchise back in the late 70s with 1978s Halloween, alongside the late Debra Hill (The Fog). The original film, which kicked off a “legendary” franchise, followed the demented Michael Myers as he escaped a mental hospital 15 years post murdering his teenaged-sister. As the film [and franchise] progressed, Myers targeted his only remaining sister for the killing, Laurie Strode.