Posted by:
Tags:  A lizard in a woman’s skin giallo LGBTQ Lucio Fulci

Psychedelic and provocative, Fulci’s “A Lizard in a Woman’s Skin” is a hallucinogenic blend of classism, eroticism, forbidden love, and the status quo. 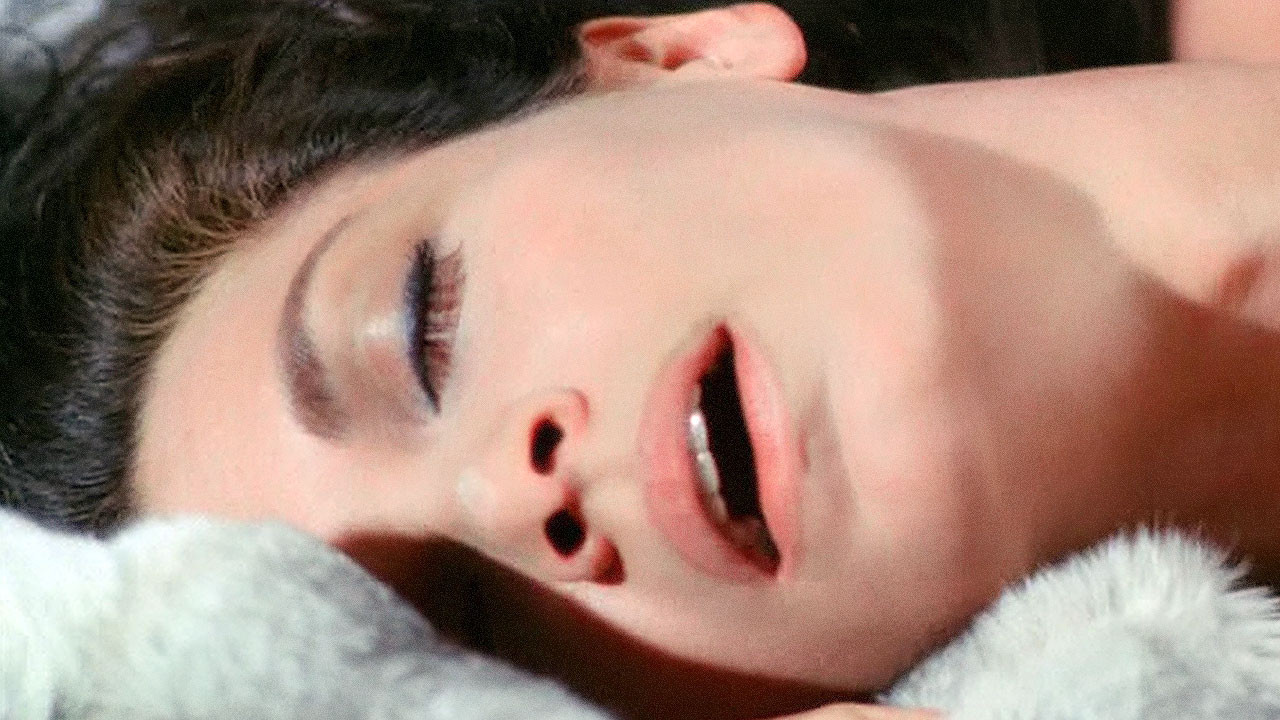 Lucio Fulci’s A Lizard in a Woman’s Skin is wild even by giallo standards. It has the psychosexual themes, murder mystery, and vibrant color palette you’d expect, along with an extra dose of psychedelia and more red herrings than any single film should really be allowed to have.

It also has some interesting ideas about sexual repression, class status, and the clash between the traditional status quo and the changing modern world.

Carol Hammond is a respectable woman from a respectable family. Her father is a well-renowned lawyer with political ambitions. Carol’s husband Frank works for his father-in-law’s practice, a role that was originally meant to be filled by Carol herself, but she gave up her career when she got married. So already Carol has some unfulfilled desires and potential resentment toward the role she’s chosen.

Enter Julia Durer, Carol’s neighbor, who is not quite respectable. 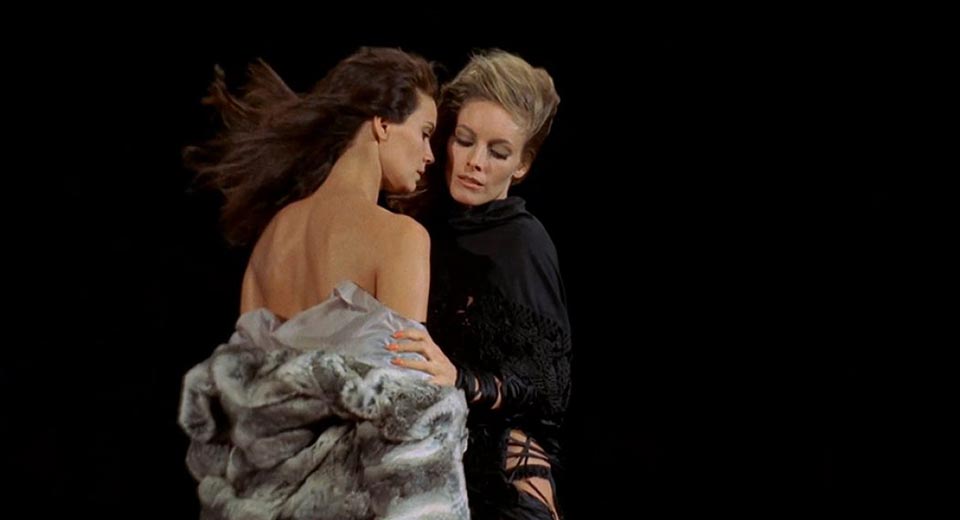 Julia seems to be the most popular hippie in town; she hosts regular late night parties with all the drugs and free love anyone could ask for. She also frequently appears in Carol’s dreams.

After one of those dreams ends with Carol stabbing Julia to death, Julia turns up dead in real life. The remainder of the film seeks to discover whether or not Carol is responsible — and if she isn’t, then who is and how could they mimic Carol’s dream so precisely?

(I feel slightly ridiculous putting out a spoiler alert on a nearly 50 year old film, but since it’s one that intentionally keeps viewers guessing until the very end, I’ll do it anyway: I’m about to tell you who killed Julia Durer.)

I’m not going into the details of the search for Julia’s murderer, because it gets rather convoluted. 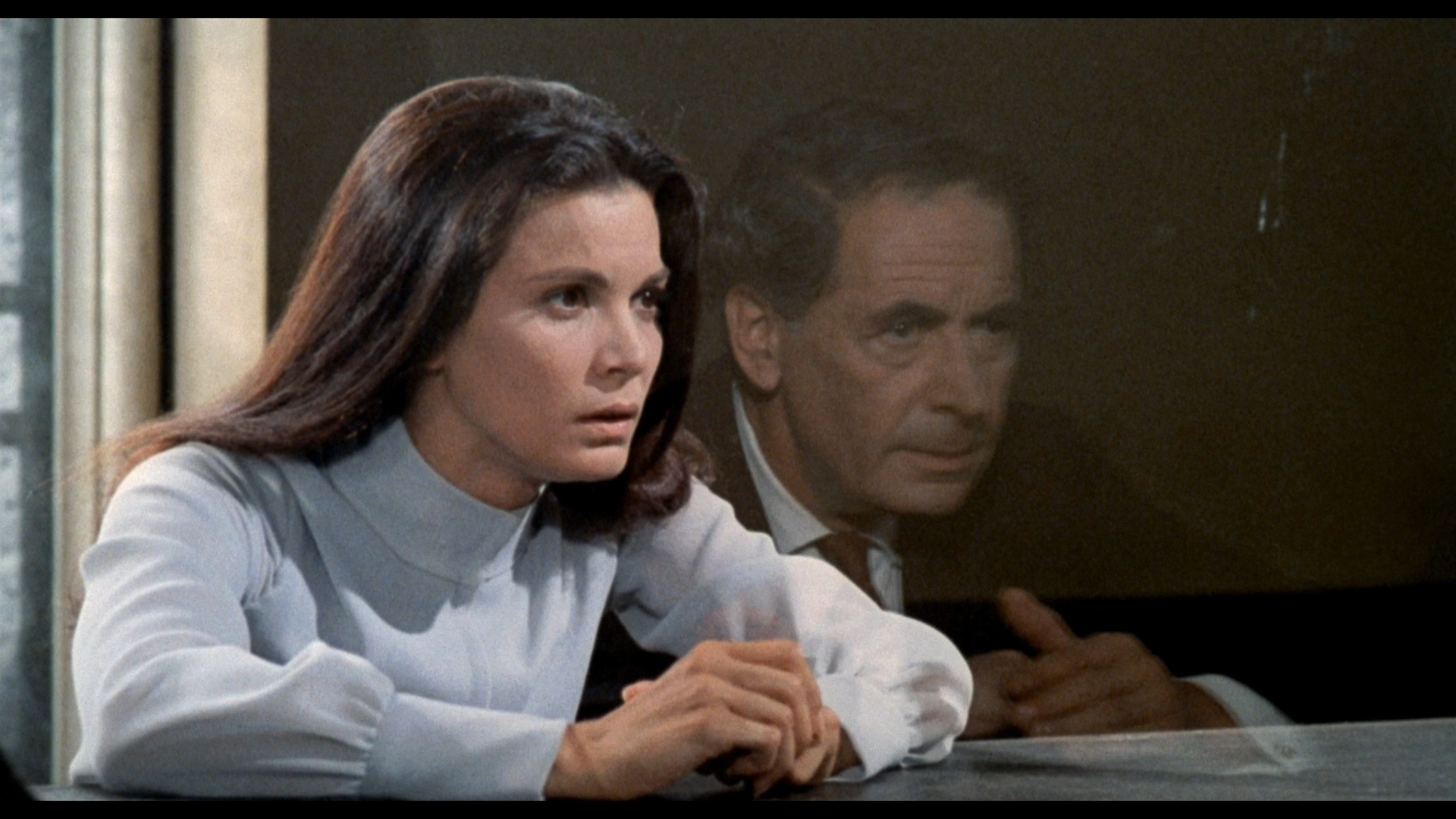 Let’s get right to the truth: Carol did kill Julia. Her dream — which she recounted in great detail to her psychoanalyst, who recorded their sessions — was a cover that she intended to use to get off on an insanity plea. Carol was having a very real sexual relationship with Julia, who threatened to blackmail Carol’s father by going public with their affair.

The differences between Carol and Julia’s respective walks of life are highlighted repeatedly throughout the film. Carol’s psychoanalyst says that her dreams about Julia suggest that she’s excited by the kind of freedom Julia enjoys despite disapproving of her lifestyle, and that part of her is secretly attracted to the “degradation and vice” that Julia represents. (I guess it would’ve been too easy to say that Carol is simply, you know, gay and sexually attracted to Julia herself.)

To drive home Carol’s disapproval of Julia — which is shared by the rest of her family and most of the characters in the film — we’re treated to a split-screen comparison of one of Julia’s wild parties and Carol’s stuffy, straight-laced family dinners. 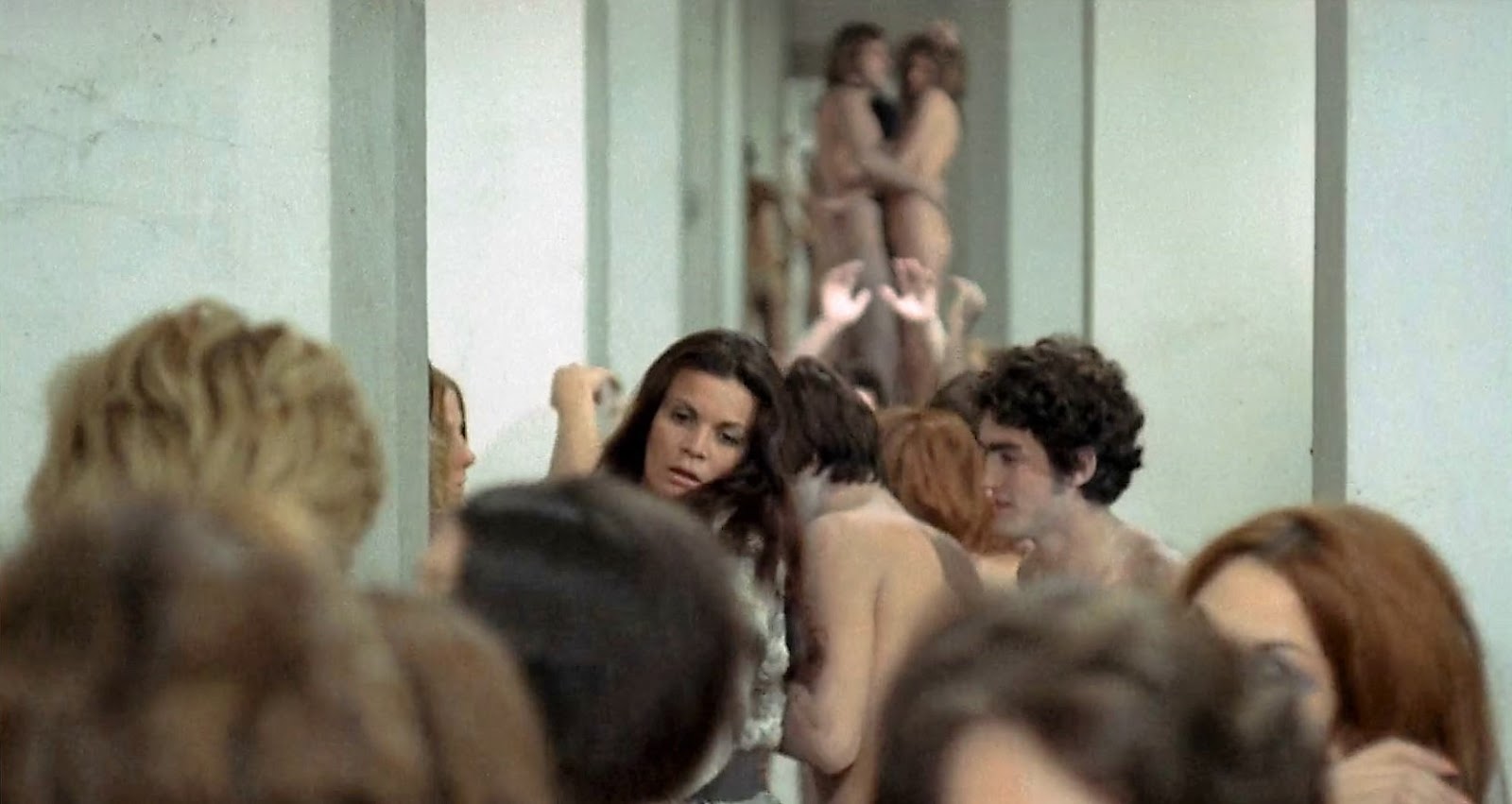 Loud music penetrates the wall separating the two flats, as if Julia’s shindig could spill into Carol’s dining room any minute. In much the same way, the hippie counterculture threatens to overtake the traditional status quo. And no matter what secret desires Carol may be harboring, she very much depends on keeping that status quo intact.

Before we ever learn that she was laying the groundwork for an insanity plea, we see that Carol’s class status goes a long way toward protecting her. When she is initially arrested, her father quickly posts bail and tucks her quietly away in a “clinic” to wait out the investigation. Her father’s power is her power, even if she isn’t free to wield it in the same way he is.

Julia is lower class (though she clearly has enough money to afford a flat in Carol’s bourgeoisie neighborhood), and as such, her death is considered of no great importance by pretty much everyone. The police called to the scene bemoan having to work on the weekend, while others shrug off her murder as “no surprise” given the kind of life she lead. It’s less significant that Julia was murdered than it is that Carol is implicated.

So not only is Carol having an extramarital affair with a woman — scandalous enough on its own — but with a woman who is socially beneath her. 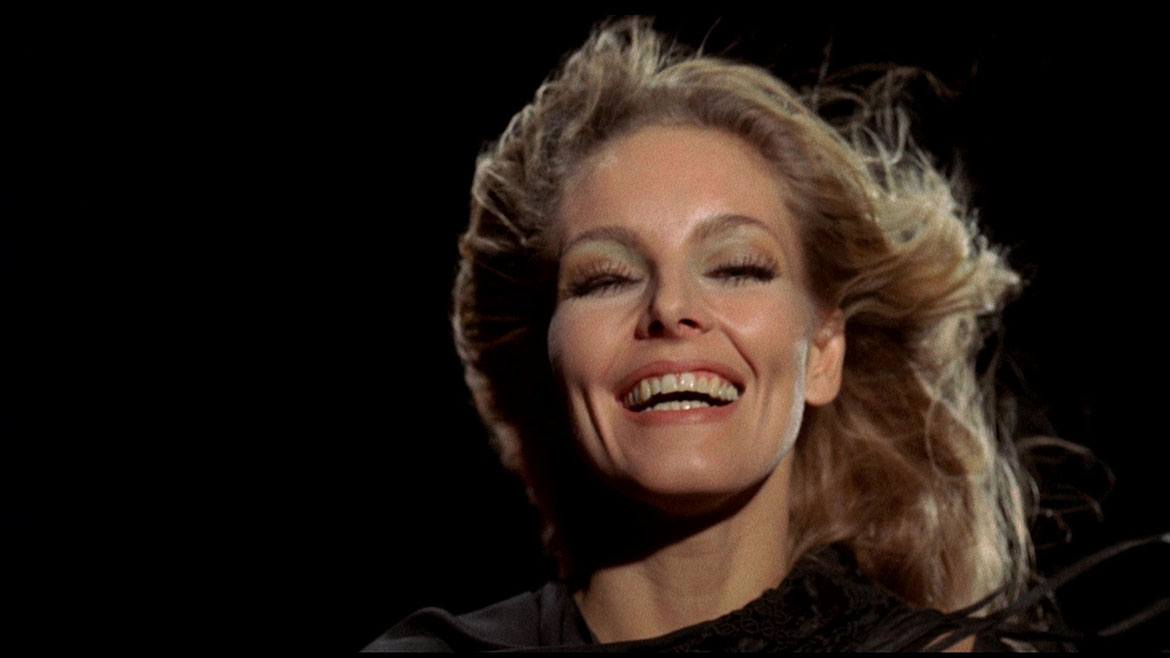 The clincher here is that Carol’s husband is also having an affair — with his secretary, who literally lives in the same home he shares with his wife and daughter. Had this affair come to light, it would have caused a scandal, but a minor one by comparison. Rich men are pretty much expected to fuck their secretaries.

While Frank parades his infidelity right under his wife’s nose, Carol’s relationship with Julia is such a shameful secret that it could have ruined not just her life but her husband’s and her father’s, not to mention bringing the latter’s political career to screeching halt. They could have lost their privilege and influence, and this Carol could not allow.

A Lizard in a Woman’s Skin at first seems like a tale of women’s sexual repression, drenched in the culture and aesthetics of the hippie movement and its promise of sexual liberation. But the film ultimately reveals the ways that many women value certain privileges they are afforded under the traditional status quo (due to being white, cis, upper class, etc.) over the lives of other, less privileged women.

Carol certainly valued her own status over Julia’s life and whatever feelings she may have had for her. It’s a shame that, nearly fifty years later, women like Carol are still fighting to uphold the same outdated system.