We’re not going to sugarcoat it: we’re living in strange and scary times. For us horror fans, it’s surreal and discomforting to see familiar plot lines played out in real life. But while we’d never downplay the seriousness of what’s going on, we also believe that, now more than ever, we need the power of film and art to help us escape and help us heal. In that spirit, we are happy to bring you some of the best in genre content so you can stay sane and entertained during mandatory quarantine. 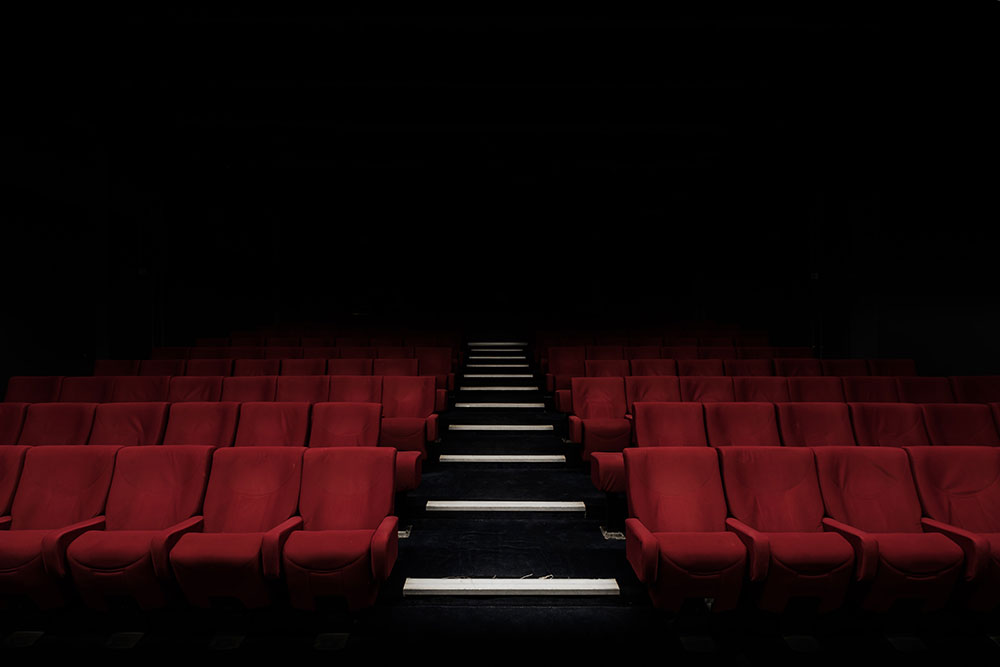 As much as I appreciate the ability to watch whatever I want, whenever I want, from the comfort of my couch and PJs, nothing compares to the immersive experience of watching a movie in a theater — surrounded by fellow film lovers. Sadly, in the age of social distancing, we have to settle for the next best thing. And fortunately, studios are delivering by giving us instant VOD access to box office hits. (The Angry Princess)

The Hunt has been garnering attention since we first heard about it, and now you can rent this Blumhouse-produced theater film on demand while you’re spending time at home. The story sounds familiar – a group of people are abducted, wake up outdoors, and don’t know where they are. But they’re not being chased by a group of slashers; they’re being hunted by a group of rich people who pay for the pleasure of the human hunt. This somewhat satirical look at politics via the horror film finds that the hunted aren’t so random – this may all be based on politics. So, can horror and politics successfully be combined? Check out The Hunt and see for yourself. (Christi Bandy)

If you missed this great film in the theater, now’s the time to check out The Invisible Man via VOD. This suspenseful story keeps you on the edge of your seat as Elizabeth Moss, as a woman escaping from domestic abuse, runs from her husband who’s allegedly dead. However, when she suffers from the terror of fighting an unseen force, the scares ramp up as she discovers the terrifying truth about her husband and just how far he’ll go to get to her. This modern update of the classic HG Wells story could be the first in a line of classic monster movie remakes. (Read our full review.) (Christi Bandy)

On the surface, Hunter (Haley Bennett) appears to have it all. A newly pregnant housewife, she seems content to spend her time tending to an immaculate home and doting on her Ken-doll husband, Richie (Austin Stowell). However, as the pressure to meet her controlling in-laws and husband’s rigid expectations mounts, cracks begin to appear in her carefully created facade. Hunter develops a dangerous habit, and a dark secret from her past seeps out in the form of a disorder called pica – a condition that has her compulsively swallowing inedible, and oftentimes life-threatening, objects. A provocative and squirm-inducing psychological thriller, SWALLOW follows one woman’s unraveling as she struggles to reclaim independence in the face of an oppressive system by whatever means possible. (The Angry Princess)

If real life horror is your thing, boy, are you ever in luck!  While life is busy imitating art, we encourage you to enjoy some art that reveals the darker side of life and human nature. (Contributer and section editor: The Angry Princess)

Tommy Baker’s chilling and captivating Facing East, an expose on a graveyard that would re-use graves over and over, just premiered On Demand. With over 100,000 documented disturbed burials the owners and operators of Eastern Cemetery systematically re-used graves over and over, taking advantage of low-income families during one of the most difficult times in their lives.

True crime and horror fans rejoice! Genre icon Robert Englund journeys into the darkest corners of America’s past to uncover stories that are as terrifying as they are real. Check out our review of the premiere episode here, and then tune into Travel Channel every Wednesday and 10/9 Central for new episodes. If you have a cable subscription, you can stream the episodes live from TravelChannel.com, or watch on Hulu with a Live TV subscription. You can also purchase individual episodes or the entire series on YouTube.

My favorite new column in our bi-weekly horror roundup is this one, dedicated to supporting the truly independent filmmakers and creators who pour their hearts and souls (and often their personal bank accounts) into making great art — with limited resources but no shortage of passion and creativity. (Contributor and section editor: The Angry Princess)

MOTHER NOOSE PRESENTS: ONCE UPON A NIGHTMARE

From the sick minds that you brought you Frankenthug and Room for Rent comes their next tale of terror: Mother Noose presents Once Upon a Nightmare, an anthology of twisted fairy tales! Erin Brown, Jezibell Anat, Nathan Hamilton and Jon Devlin star in the 4th film by indie horror filmmaker Richard Tanner. Sit back, relax, and poke a hole in the bottom of your popcorn bucket. Because once these tales get started, there is no happy ending.

The good news is, there is no risk to those who help support this film. Production is complete, and this is simply a pre-order to help with distribution of the DVDs and Blu-rays. Amazing perks have recently been added to help the campaign reach its stretch goals — including hand sanitizer, a bonus disc, and even a Men of Buck Short Calendar.