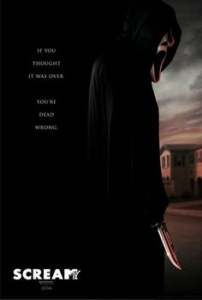 The second season of “Scream: The TV Series” has just ended, leaving those of us with a hankering for blood thirsty for more. While the franchise tag is used, this show has nothing to do with the prior films aside from the name, concept and a slightly alternate version of the original Ghostface mask.

There’s a new set of characters in an entirely different town, where a crazed killer is on the loose, leaving a slew of victims along the way. Done in a modern setting, this show is more tech based than the films. The cast employs the use of cell phones, computers and various technological platforms in order to cater to a newer, younger fan base. 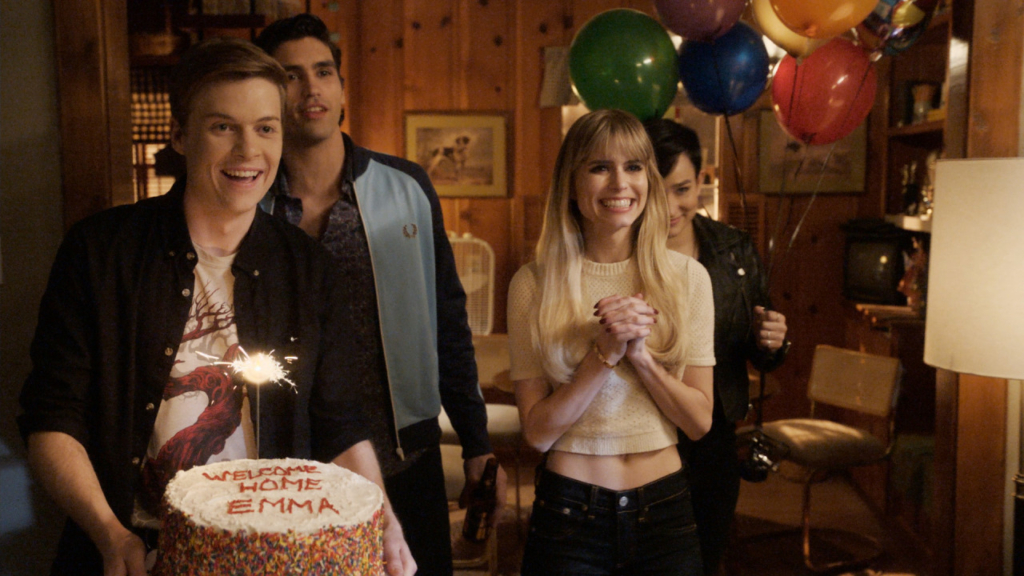 The show picks up right where the first season left off, as a new mask wearing, knife wielding maniac begins to drop carcasses throughout the town of Lakewood in a stylized fashion. This time, the show revolves around the group of characters labeled the Lakewood 6, aptly named after the survivors of season one. The killer targets and torments best friends Emma Duval (Willa Fitzgerald) and Audrey Jensen (Bex Taylor-Klaus) in a grim game of life or death. Tagging along for the ride are fellow survivors and friends, Noah Foster (John Karna), Kieran Wilcox (Amadues Serafini), Brooke Maddux (Carlson Young) and Jake Fitzgerald (Tom Maden).

Acquiring the knowledge that the show was gearing up for a second season run, I was curious to see which direction it would flow. With the way the first season ended, I had a hard time envisioning the second season being anywhere near as good as the first. However, I must confess I was surprisingly caught off guard. The first season was outstanding, although not very original, sticking with most of the same themes used in the films. The second season followed suit, yet straying off course now and then, creating some new unique, unexplored situations. 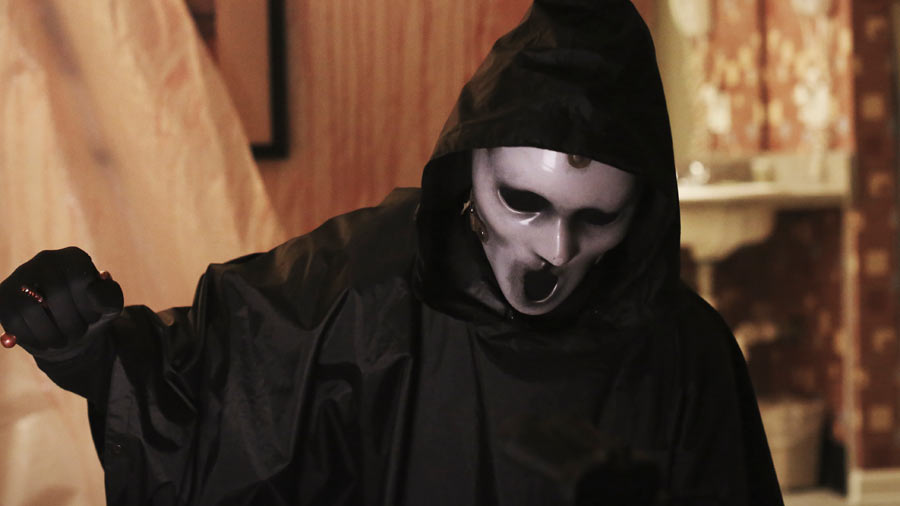 Emma and Audrey are once again the main focus, as the masked villain zones in on the Lakewood 6, hauling off anyone who stands in the way. It all began when a high schooler with a deformity, Brandon James, develops a liking for a classmate, Daisy Anderson. Born with a deformity, Brandon James endured numerous facial surgeries during his childhood, in attempt to reconstruct his appearance. Throughout the process he donned many non-surgical face masks, ultimately landing on one, appropriately dubbed the Brandon James mask.

Even though he knows it’s a ludicrous idea, he pursues Daisy, hiding notes for her to find. Daisy’s boyfriend, Kevin Duval, suspects there’s secret sexual relations between her and Brandon James. At a school dance for George Washington High School, Brandon approaches Daisy, telling her that she deserves someone better than her current love prospect Kevin. Seeing him talking to Daisy, Kevin’s friends attack and beat Brandon, thinking they are saving her from the grotesque monster. The incident causes Brandon to snap, initiating a killing spree, putting an end to five of his attackers in one day, on October 31, 1994. 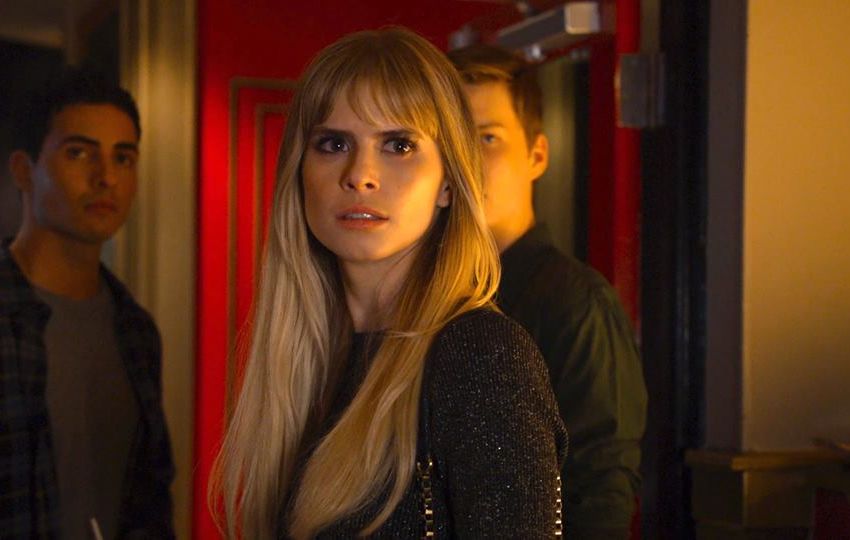 Brandon then tries to kill Kevin, but is unsuccessful in his quest. Kevin later makes a tape revealing he knew about Brandon and Daisy’s love affair which ended with Daisy becoming pregnant with her daughter Piper Shaw, who she later gave up for adoption. Daisy agrees to meet Brandon at Wren Lake, the police in tow. Brandon is then shot in the back by the police officers and falls into the water, his body never to be found. Or so we think, until someone in a Brandon James mask begins loping off innocent bystanders in a gut wrenching manner. Years later we join Emma Duval, as the sweet attractive girl next door type who is doing nothing more than seeking a normal life, but who is unfortunately bombarded with bouts of bad luck. 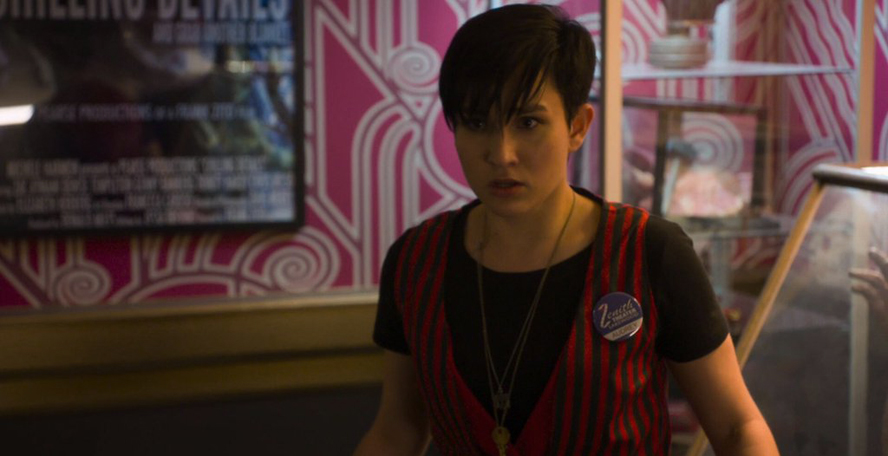 It’s a game of guess who in this blood bath gone wrong fright induced series, where you will be left questioning yourself at every corner. Who could the culprit possibly be?

During the first season of the show, I was quick to pick up on who was behind the mass murders, well before any suspicion was cast. However, this season threw me for a loop. I had three or four suspects in mind, yet I was left dumbfounded when the final reveal took place.

The cinematography was stellar, the look and feel of everything very winsome. The sets produced a very homely feel, and the dialogue was acutely intellectual, keeping you on your toes. The overall direction of the show is sublimely composed, which I rather enjoyed very much. The gore is elegantly grand and totally fulfilling, leaving you with a full stomach while still peeking through your hands. 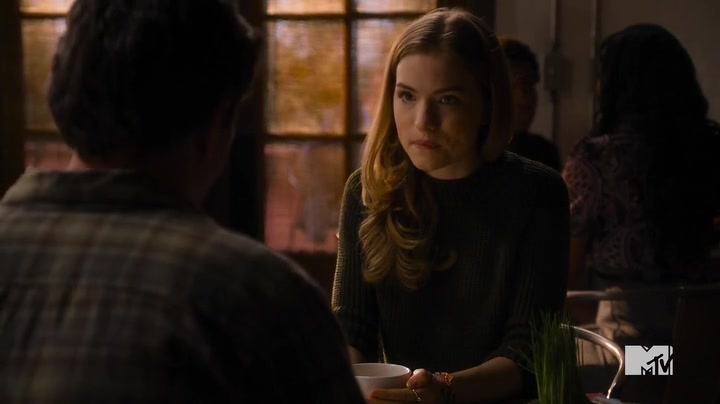 The acting is top notch, especially that of John Karna as the traditional horror geek. His character reminds me of Jamie Kennedy’s character Randy from the films, only with a deeper love of horror. His character is more informed and up-to-date on the modern rules of horror films. I was also thoroughly impressed by the superb acting of Bex Taylor-Klaus, warming the screen with a demanding presence whenever she appears. She has an aura of awesomeness about her that leaves you in a trance like state when watching her perform.

Lastly, originally I was appalled by the look of the new mask and was totally against it, but eventually I came around and learned to appreciate the change. The new mask is, in my opinion, a lot scarier in the shows scripted situations than the old Ghostface mask would have been, had they stuck with it. My only real complaint about the series, is that aside from the revamped mask and use of the SCREAM title, this whole show could have been its own phantom if it was just named something different. I understand that using the SCREAM tag garnered the show fans before anyone had ever even seen it. But I feel it is an injustice to the people involved in the original film series as these newbies are cashing in on someone else’s idea. One thing I did love and was extremely jovial about was the fact that, even after the untimely passing of horror legend and icon Wes Craven, his name remains on the credits as an executive producer of the series for the second season. I think he would be proud of the show and happy it’s achieved a lasting stay.

In conclusion, this is a must watch for who-done-it fans and horror fans, as it’s sure to be a favorite with more seasons trailing. And I for one, am a huge fan of the murder mystery subgenre of horror films and television shows, and this show didn’t disappoint. So if you get some free time, catch this one like a knife to the stomach. It’s a scream!