Horror and rock music have traditionally gone together like white on rice. A fusion of a blood pumping soundtrack with the gore splattering violence on the screen. From movies like Demons, Trick Or Treat, Slumber Massacre Party II, to the more recent black metal infused demon romp Deathgasm, the pulsating sounds of rock and heavy metal provide the perfect soundscape to some of our favorite horror films. 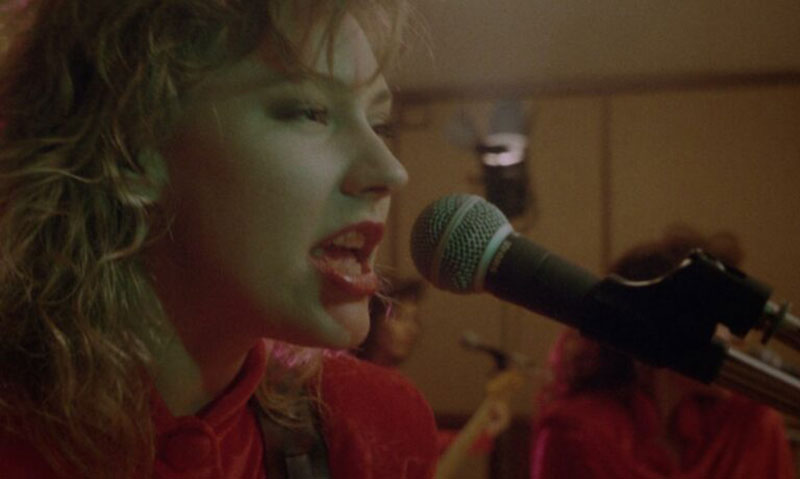 An up-and-coming band, fronted by women, is looking for their next hit song. Pushed by their producer and label to come up with a hit, their drummer Daniel (Pascal Persiano) arranges to purchase a piece of previously unpublished music by famous composer Niccolo Paganini. The owner of the music, Mr. Pickett (Donald Pleasance), is a mystery figure along the lines of the homeless man who carries the Lament Configuration in Hellraiser.

The band’s front woman, Kate (Jasmine Main), loves the new music and pitches the new song as one that can rival Michael Jackson’s “Thriller” when they complete their new horror-inspired music video. To capture the essence of the song for the video, the band’s producer Lavinia (Maria Cristina Mastrangeli) rents the one-time home of Paganini.

The home’s owner, Sylvia (Daria Nicolodi), welcomes the band and video director to the house. She tells them the story of Paganini while touring the house.

The story, as Sylvia tells it, is that Paganini made a Faustian deal with the devil for eternal fame and fortune. 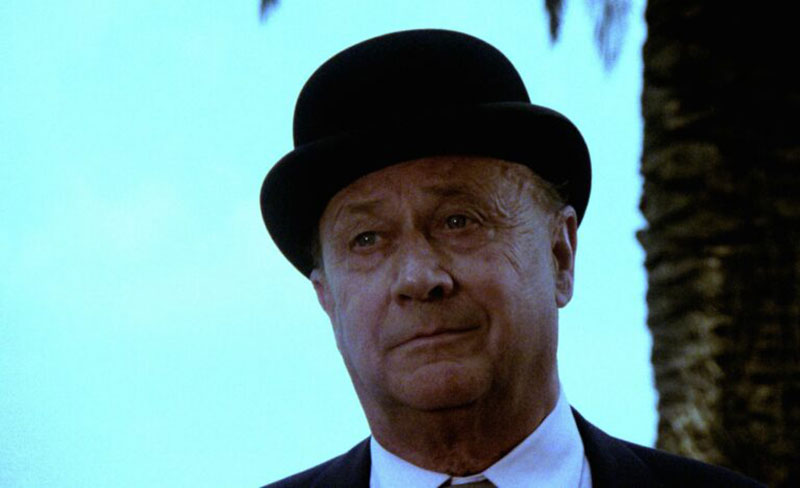 Once the deal with Satan was signed, Paganini murdered his wife and used her intestines to string his violin. Kate and the video director Mark (Pietro Genuardi) agree this story is perfect to use for the video to their song “Paganini Horror.”

Inexplicably, members of the band begin to die in gruesome and mysterious ways. Fear and stress are heightened as Kate pushes to complete the video, and the survivors look for answers. Sylvia may hold the answers, or she may be trapped along with the band, awaiting her turn for death. The mystery unravels, but will Kate be able to claim her shot at fame before her band disappears?

Paganini Horror came oh so close to being one of the great Italian horror movies. 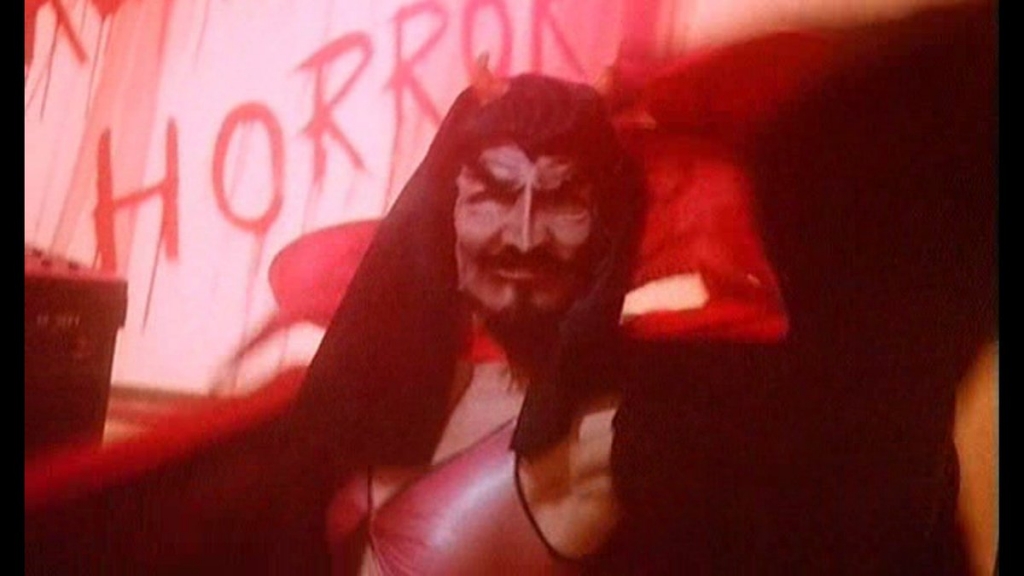 Budget constraints and producer interference kept this movie from reaching its full potential. That writer/director Luigi Cozzi, with help from co-writer and star Daria Nicolodi, crafted an effective Faustian horror fable from a script that was originally a biographical story of Paganini is, frankly, amazing.

The pop rock music of the band fronted by Kate isn’t awful. It’s catchy but forgettable, much like the band’s situation in the movie. The band longs to be grander and memorable, which leads them to this death-filled situation.

Cozzi balances the lack of budget effects with a story that goes weird in all the right ways. Paganini Horror deals with alternate realities, portals to Hell, and of course deals with the Devil. If Cozzi had been able to work with a bigger budget, and some of the stranger concepts had not been rejected by the producer, Paganini Horror might have achieved the success and cult following that a movie like Demons enjoys. 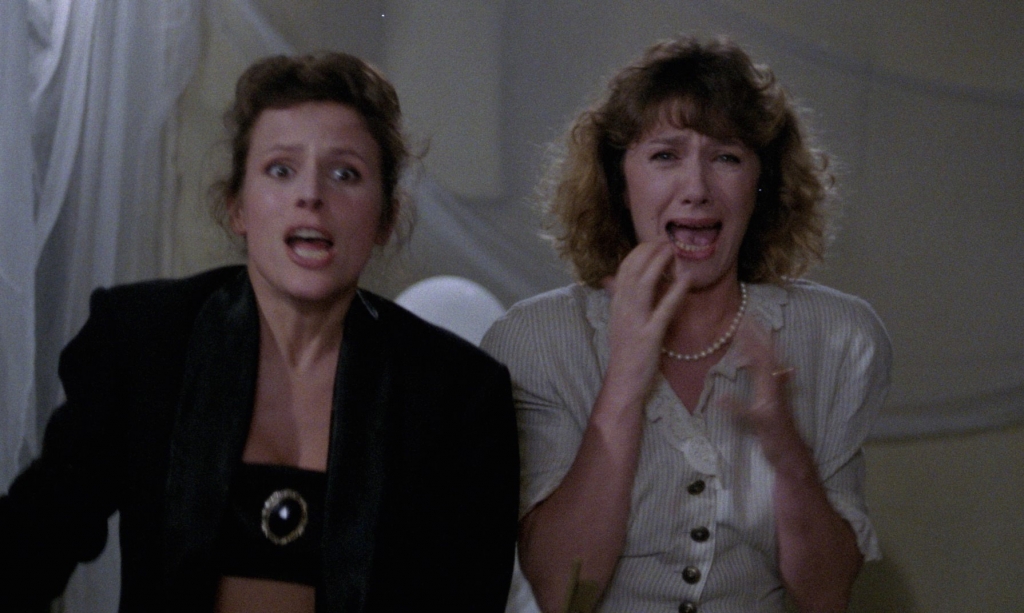 The special features include interviews with Luigi Cozzi and Pietro Genuardi. The interview with Genuardi doesn’t reveal much, but the Cozzi interview is a treasure trove of information. Cozzi goes into some detail about the journey to get Paganini Horror made, from its start as a biographical movie about Paganini starring actor Christopher Lambert to its release as a horror movie blunted by an interfering and cost-cutting producer.

There are some cut scenes and an alternate ending, in Italian with no dubbing option or subtitles. These scenes will give viewers an idea of how absurd Cozzi wanted to go with the story. The alternate ending doesn’t add anything to the movie but hammers home the role of the Donald Pleasance character in the movie.

The limited-edition release comes with a bonus CD soundtrack to the movie if you wish to revisit the film’s score. 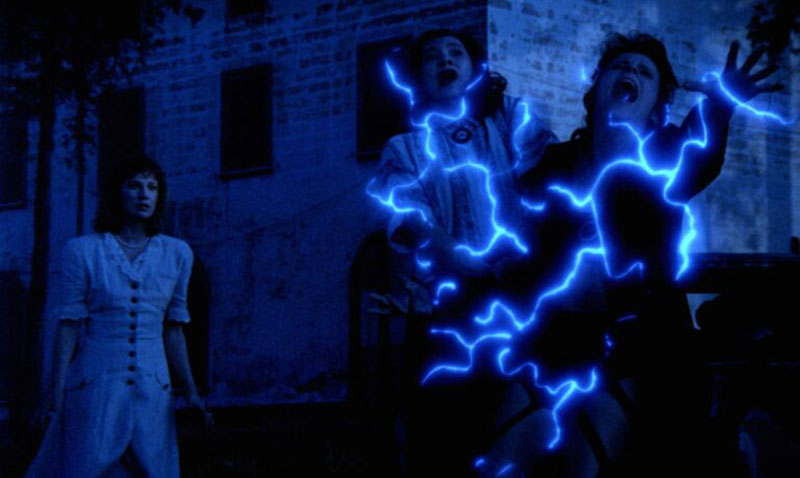 Severin Films presents a hard-to-find Italian film that should have garnered more positive attention over the years. Thanks to this release, along with the special features, fans are getting the chance to discover a very good 1980s-era horror film. Don’t miss out on Paganini Horror!