Severin Films has seen your zodiacal potential and predicts that you will want to take a chance on the strange and wonderful film, “The Astrologer”.

Some movies defy easy categorization. The Astrologer is a movie that cannot be placed easily into any specific movie genre. It’s not horror, but it contains recognizable elements of horror. It’s not science fiction, but it contains recognizable elements of sci-fi. One could label it a thriller, a religious drama, even a mystic adventure, and all these labels would apply.

Severin Films’ release of The Astrologer gives genre fans the chance to experience the debut film of writer/director James Glickenhaus. 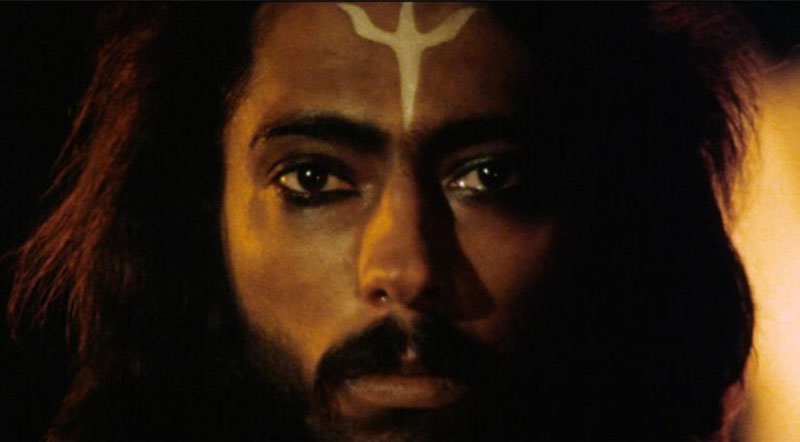 Alexei Abernal (Bob Byrd) is the astrologer the movie is named for. Alexei is a scientist who combines astrology and the most advanced computers to refine astrology to an exact science. Alexei forms a company called Interzod to bring together the brightest scientific minds and new tools to benefit mankind.

Interzod works to determine the zodiacal potential of every human in the world. Alexei uses the research to predict when the reincarnated Virgin Mary will give birth to a child. This child is sought by the powers of good, presumably Interzod, and the powers of darkness, an Indian spiritual/cult leader named Kajerste (Mark Buntzman).

Alexei is attempting to influence fate, or the zodiacal potential of certain people to predict when the reincarnated Virgin Mary would give birth to a child who will be the ultimate good (rebirth of Christ) or ultimate evil (the Antichrist). 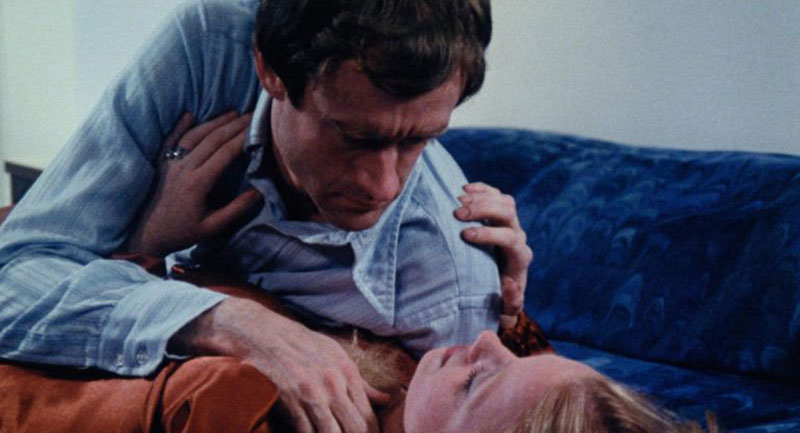 There are some unintentionally funny moments with Tidwell’s character, Kate Abernal, like when she visits a fortune teller. Kate is using a fake birthdate to protect her from others who are looking to influence her future child.  When the psychic realizes the birthdate is a lie, she instructs Kate to strip naked so that her true future could be foretold. She drops her clothes with barely a question asked.

The opposite of Kate, the influence of evil, is the India-based shaman and cult leader Kajerste. He brings his followers to him and exhibits supernatural powers of influence over people, even those seeking to kill him. Kajerste is also looking for the child that he would influence towards evil and has a psychic connection to Kate.

‘The Astrologer’ not only defies a genre classification, but it certainly defies the concept of being a good or bad movie. It’s an impressively made movie for a first-time director, certainly. But the movie can be, and often is, laborious to watch.

The movie involves mystical and scientific concepts that director Glickenhaus decided to convey to the audience through dialogue in lieu of action. It has a nearly 80-minute running time, and at least 60 of those minutes are dialogue. The many exposition scenes don’t make The Astrologer a bad movie, but it can test a viewer’s patience. 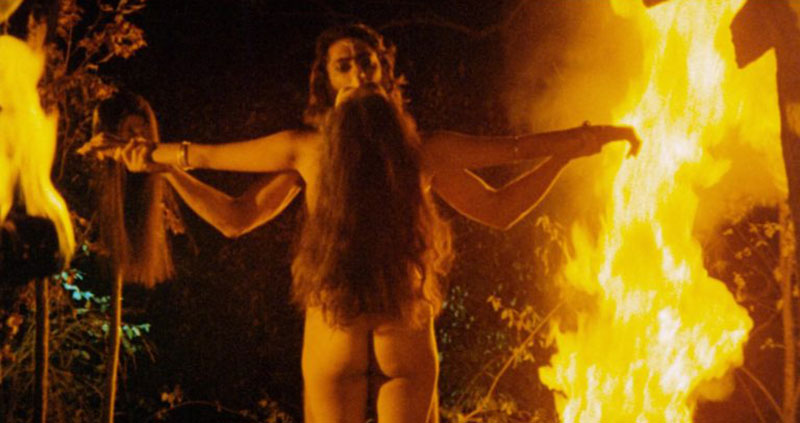 The three interviews cover a lot of ground, especially discussions on what each learned from the experience of making The Astrologer, the first movie for all of them.

Monica has fond memories of working on the film, and also reveals her thoughts on her Playboy work. She was the first playmate to be younger than the age of the magazine. While she was honored to be a playmate, she didn’t fall into the usual lifestyle of a playmate, and avoided the usual promotional work surrounding Playboy models.

Faulkner and Farel recount how half the crew had walked off the set at one point, forcing them to do jobs on-set that they weren’t trained for, like cinematographers. But it was a learning experience. They were also proud of the movie being released as part of a double-bill with the infamous Brian Collins (author of “Horror Movie A Day”) favorite, Cathy’s Curse.

The disc includes an interesting featurette highlighting the filming locations of The Astrologer. This feature is hosted by author and former editor-in-chief of Fangoria magazine, Michael Gingold. 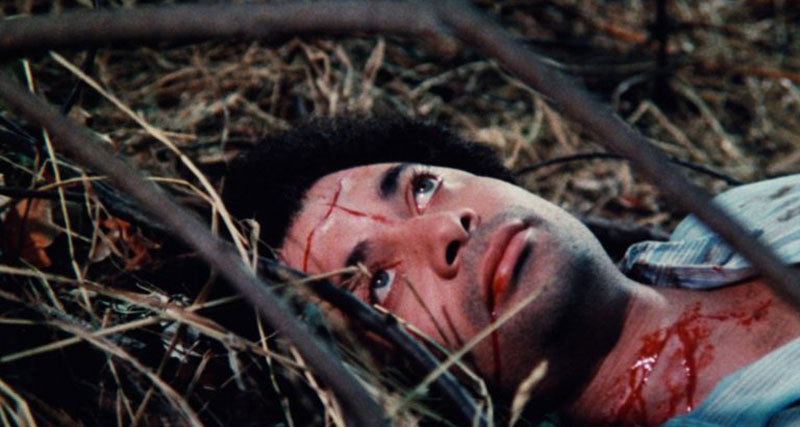 Severin Films has resurrected a solid, if forgotten, cult movie. The Astrologer is a fascinating piece of work by a director who went on to have an accomplished career in B-movies. Not only did Glickenhaus direct movies, but he produced films that are well known to horror fans like Basket Case 2 & 3, Frankenhooker, Maniac Cop, and more.

The features are solid but are missing marketing material like the theatrical trailer and images of advertisements. I think fans would love to see the promotional material for the Cathy’s Curse and The Astrologer double-feature.

For more information and to purchase The Astrologer, visit Severin Films here.