“VIY”, a 1967 horror film produced in the Soviet Union, rises from it’s grave in this gorgeous but limited Severin Films Blu-ray release. 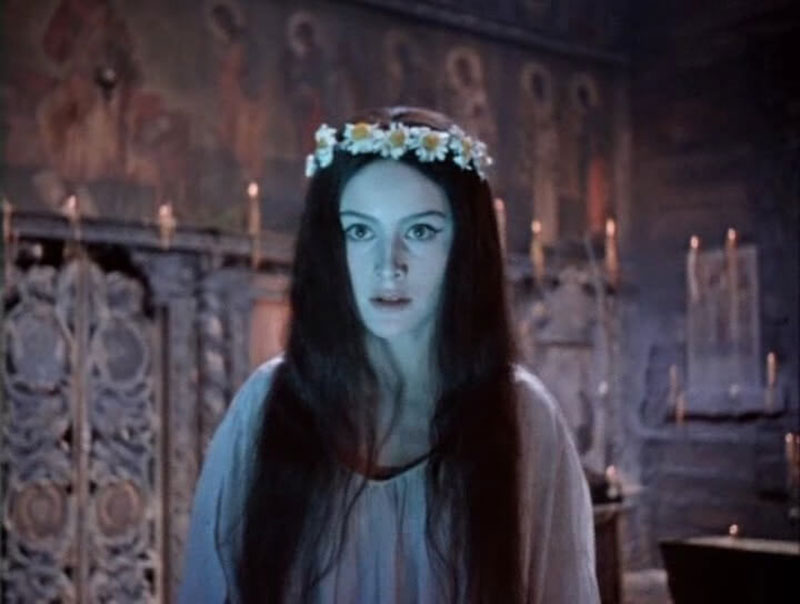 I’ve been watching horror movies for the better part of 40 years, and sometimes I wonder if I’m capable of being surprised and terrified by a movie. Severin Films answers that question with their limited release of the 1967 Russian horror film, VIY (pronounced vee).

Based on the novella by Russian author Nikolai Gogol, VIY begins at a seminary where the students are being let out for the summer. The headmaster warns the seminary students to stay out of trouble during their break. Three of the students travel together and become lost. They come across a farm where an old woman lives. She says that they may stay the night but because of the size of the rooms, each man must stay in a separate room.

On the first night, the old woman enters the room of Khoma The Philosopher and reveals herself to be a witch. She terrorizes Khoma before jumping upon his shoulders and riding him out into the fields. Khoma eventually escapes her grip and bludgeons her with a rock. Believing her to be dead, Khoma escapes back to the seminary. 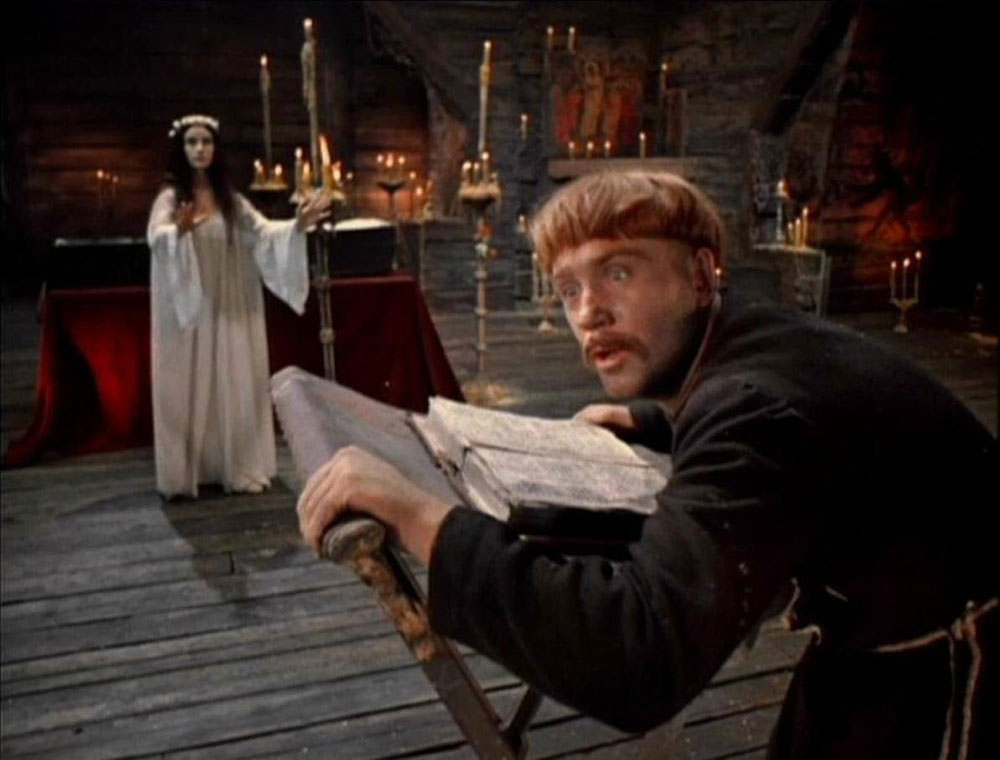 The headmaster of the seminary is contacted by a town overseer, who reveals that his daughter was found beaten and dying. Her last wish was to have Khoma the Philosopher pray over her as to release her soul to heaven. When Khoma arrives at the town, he finds that the daughter has already died. Her father insists that Khoma respect his daughter’s last wish and pray over her corpse, which is now interred within the village church, for three straight nights.

On the first night, Khoma begins his prayer duties and believes he sees the daughter rising from the grave. Frightened, Khoma draws a protective circle around himself. The daughter does indeed awaken from her death slumber and tries to attack Khoma but is unable to penetrate the protective circle or frighten him into leaving.

The second and third nights are more of the same for Khoma. Except on the third night, the daughter raises all the ghouls and demons from Hell to attack Khoma — eventually calling on Viy, a powerful creature from Ukrainian folklore that is a kind of vampire, to assist her. 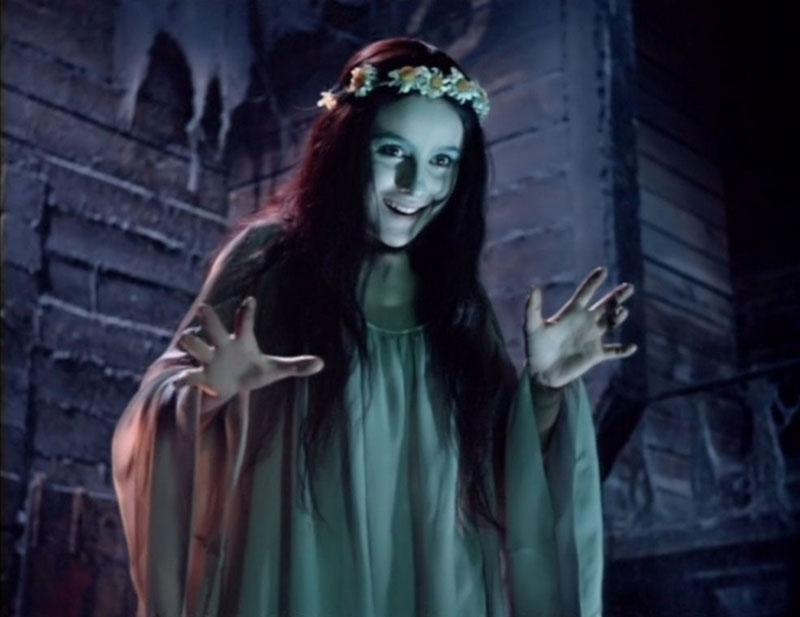 Directors Konstantin Yershov and Georgi Kropachyov have created a film of breathtaking effects, for the time, and truly frightening imagery.

The old woman/witch may remind some of Witch Hazel from the Bugs Bunny cartoons when she is riding the shoulders of Khoma early in the film But her terrorizing of Khoma and attempts to seduce him are steeped in terrible images and rising tensions.

The young daughter/witch is equally as frightening when she rises from her coffin to menace Khoma during his nightly ritual. Some of the effects, like a walking skeleton or the daughter flying around the church vestibule inside her coffin, can come off a little cartoonish or William Castle-like to some viewers. But the scenes gave me chills.

All of this leads to the final battle between Khoma and the daughter. As Khoma attempts to finish his prayer, the daughter calls upon all manner of beasts to help her get past Khoma’s circle of protection. 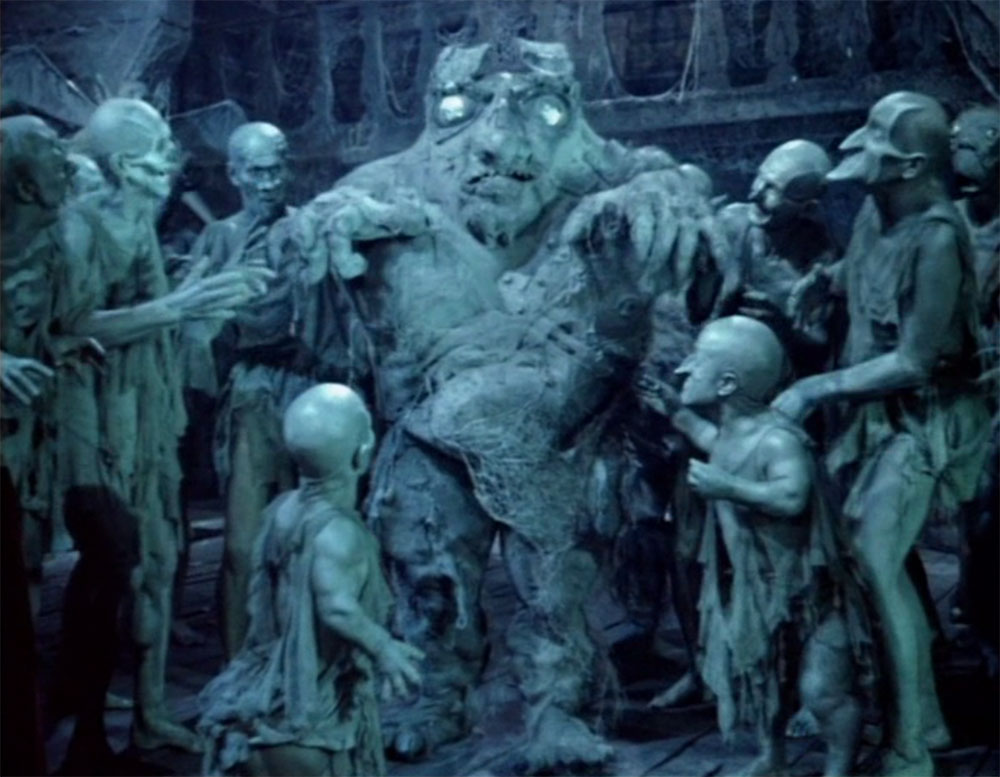 The makeup and costume design, and level of detail on these horrific creatures are incredible. When you gaze upon these monsters, you are truly looking at abominations from the deepest wells of Hell.

This 1967 film is the first horror movie produced in the Soviet Union and is easily one of the most disturbing films I’ve seen.

It holds up well all these years later and should be included in any list of the greatest horror films of all time. 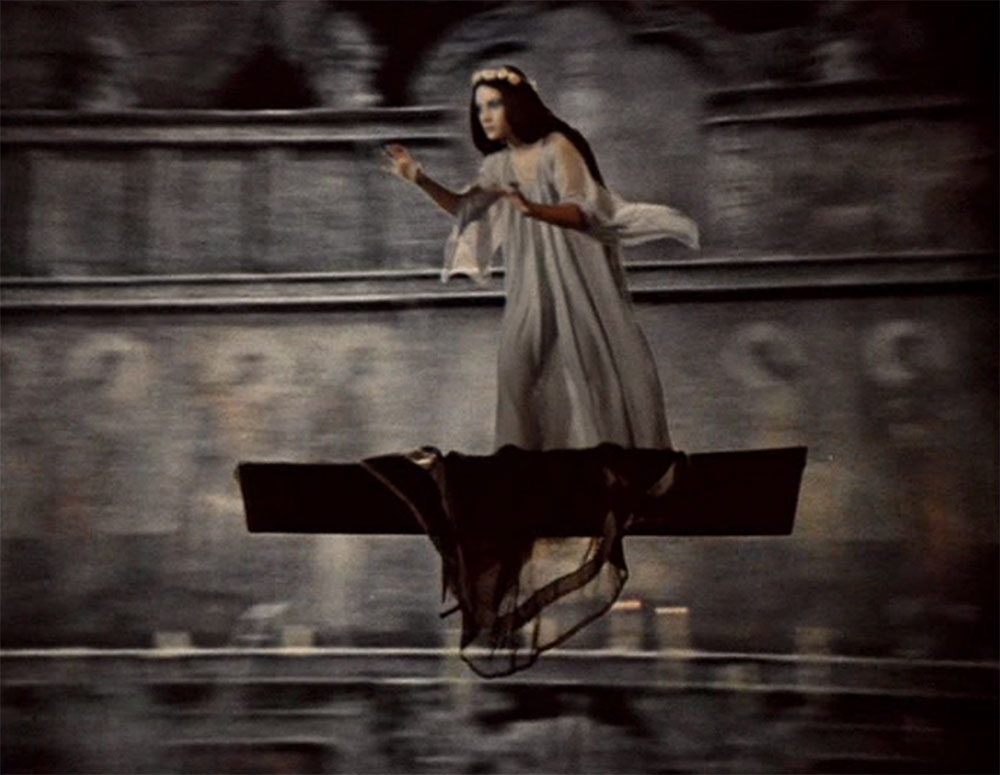 VIY is a visually stunning and grotesque movie, and this may be one of the best home video releases that Severin Films has ever done.

The interview with Richard Stanley goes deep into the making of VIY the movie, as well as Gogol’s novella of the same name. The interview is an interesting dive into the movie and a must-watch companion piece to VIY.

For those looking for additional insight into Soviet Union fantasy and sci-fi, the documentary “From The Woods To The Cosmos” shines a bright light on Russian contributions to the genre. If you’re looking to expand your knowledge of world literature and movies in fantasy, sci-fi and horror this is the documentary you need to watch.

The Blu-ray also includes three short, silent films. None of the films have been scored. It doesn’t completely detract form the impact of the three films, but it would have elevated the experience of watching them if a score had been added. 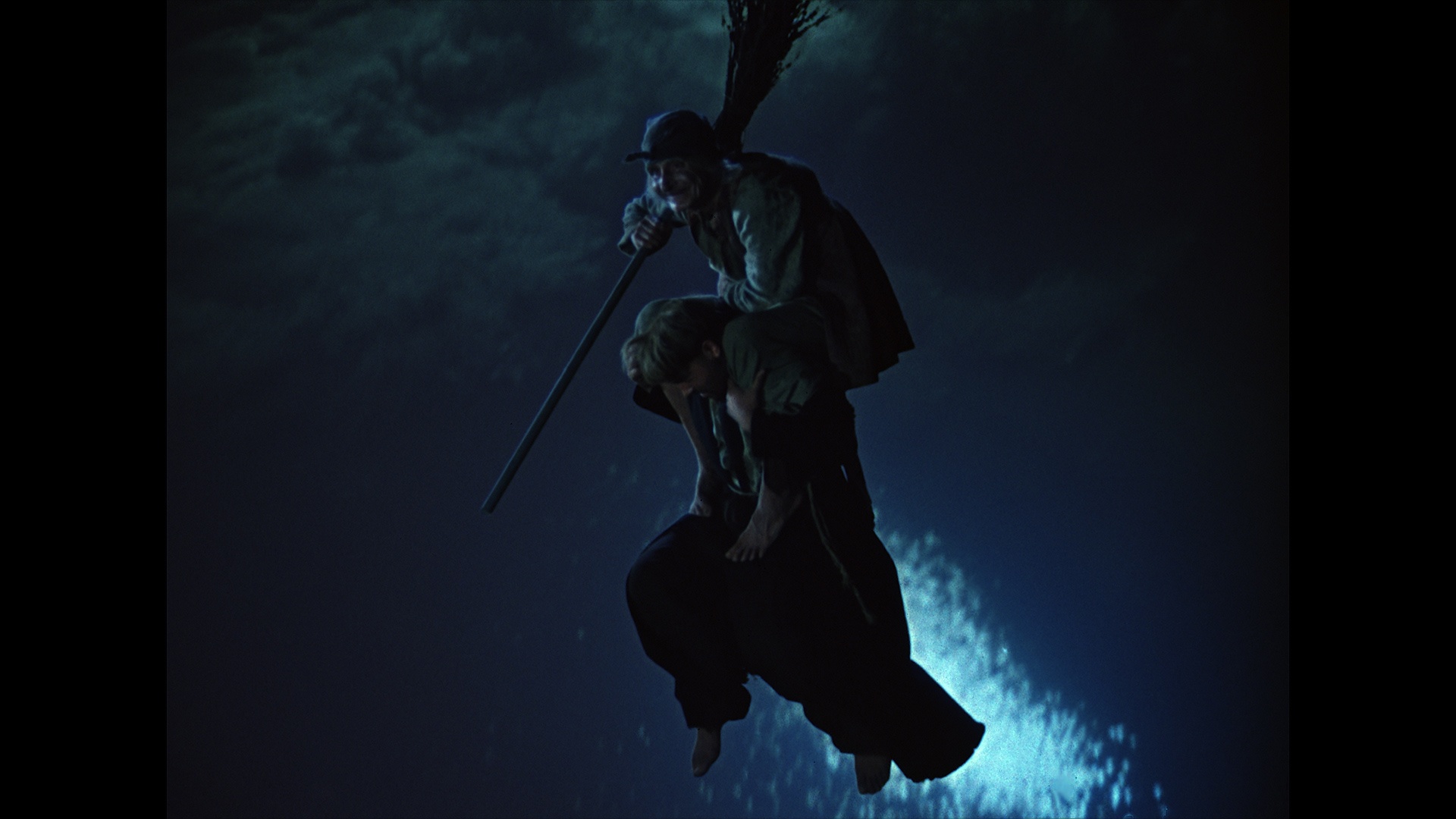 My personal favorite of the shorts is THE PORTRAIT, which I also believe is based on a Gogol story. A young man buys a disturbing portrait of an old man. He hangs it in his bedroom, but at night the portrait seems to come alive. Is the old man in the frame haunting the young man, or is the buyer going slowly insane?

Finally, and most importantly, Severin remastered VIY in high-definition.

I was pleasantly surprised to see that a movie from Russia, made in 1967, can look so pristine. The colors are deep and rich, and the picture is clean and crisp. Watching the movie on a large screen 4K television was a deep and exquisite viewing experience, making VIY a contender for top home video release of 2019.