“Deep Blood” isn’t a great film by any objective standards, and the Blu-ray is woefully scant — yet, still a must-have for any collector.

It’s the start of Shark Week, so what better way to celebrate than to dive into the recently released Blu-ray of 1990’s Deep Blood from the distribution company that always knows how to make a splash, Severin Films.

Deep Blood is credited to director Raf Donato, but he only directed the opening scene of the film. Deciding that directing wasn’t what he wanted to do, legendary Italian filmmaker Joe D’Amato stepped into the director’s chair to finish the movie. 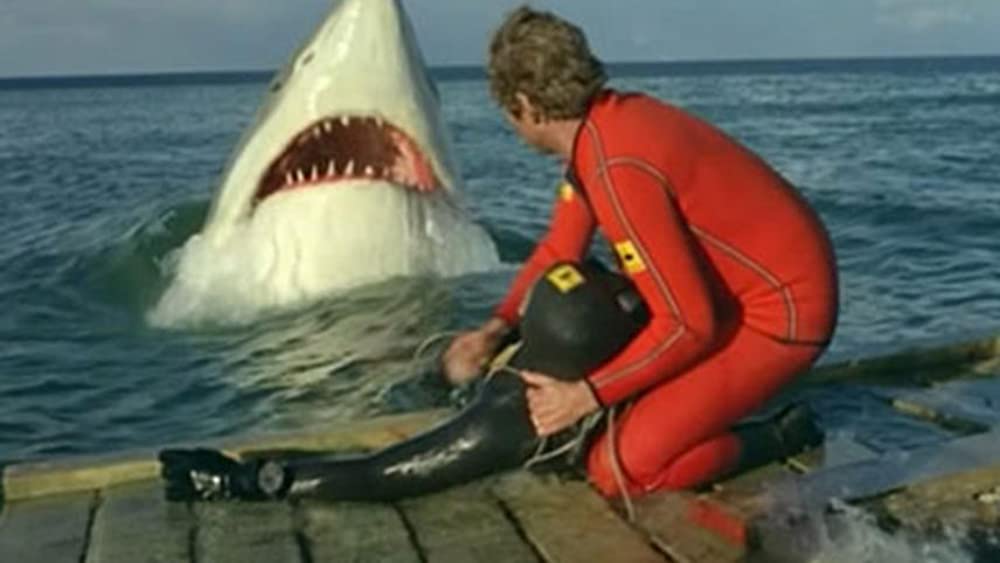 On a beach, four boys are grilling hot dogs and hanging out when they are approached by a wizardly Indian (Van Jensens) carrying a box. He tells the boys a legend of his tribe, who were prestigious fishers. The god of the sea, fearing that the tribe would empty the sea of fish, unleashed a beast on the tribe to save the sea from man. The ancient arrow box, carried by the Indian, is covered in carvings that tell the story of the beast and claims it’s the only defense against it.

The four boys make a blood pact to defend against the beast if it returns, burying the box in the sand with their blood-covered knives.

Years later, the now college-aged boys reunite. Before they can rekindle their friendship, a shark has turned up in the ocean off the local beach, killing a mother on her floatation device. Later,the shark kills one of the four boys while he is spearfishing.

Vowing revenge, and with the local police and officials trying to ignore the danger in the water, the three remaining friends plot to destroy the great shark.

The mix of stock footage and fabricated shark head is effective at times, with fast cuts from the shark footage to the victim’s splashing in the water as blood pools quickly around the victim. 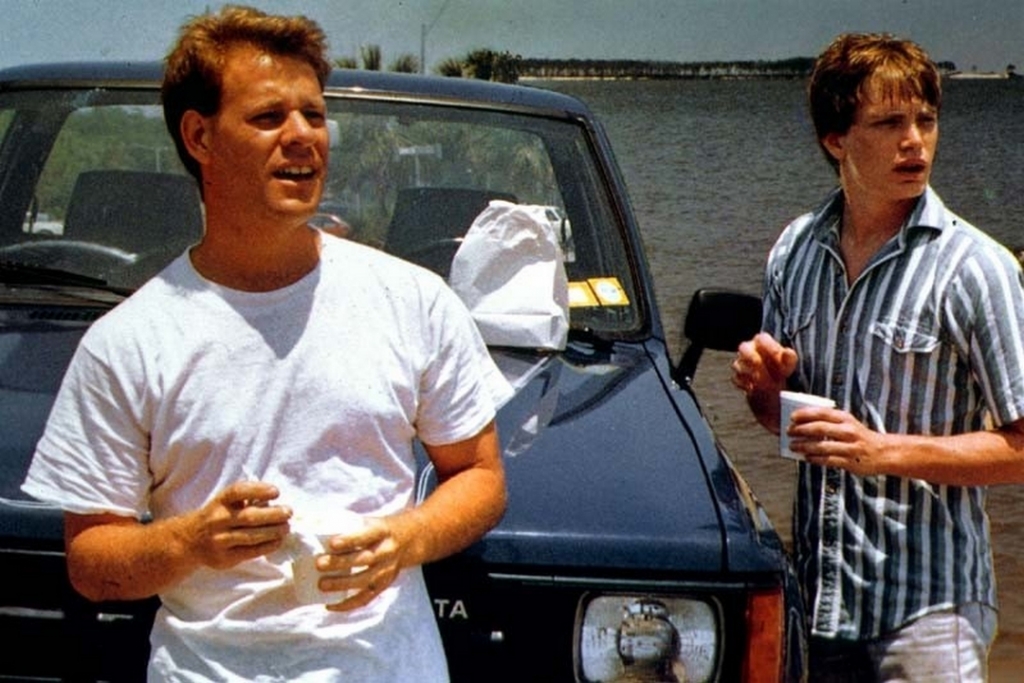 The acting is emotionless, especially during scenes of the shark attack. Having been at a beach where the sight of any marine life starts a cascade of beachgoers screaming “whale, dolphin, shark,” etc. makes it hard to believe that the witnesses to the shark attacks in Deep Blood would watch the vicious feeding frenzy gape-jawed and silent.

The dialogue is stiff and often ridiculous. As an example, when the chief of police talks to the three friends about their dead comrade, he tells a long tale of seeing his dead friends during the war.

If I’m being honest, if this were a recent movie made by a studio, I would rip it to shreds and likely proclaim it one of the worst movies I’ve ever seen. But I can’t help but admire the audacity of making a shark movie that so blatantly “borrows” from the JAWS franchise.

D’Amato seems to be trying to fill the movie with dialogue-heavy, relationship-building scenes that make the original Jaws such a classic.

But what we really want from an Italian Jaws rip-off sharksploitation movie is more victims splashing around while blood covers the water like an oil slick from a sinking tanker, and a fake shark head peering through a porthole of a sunken ship at its next victim. 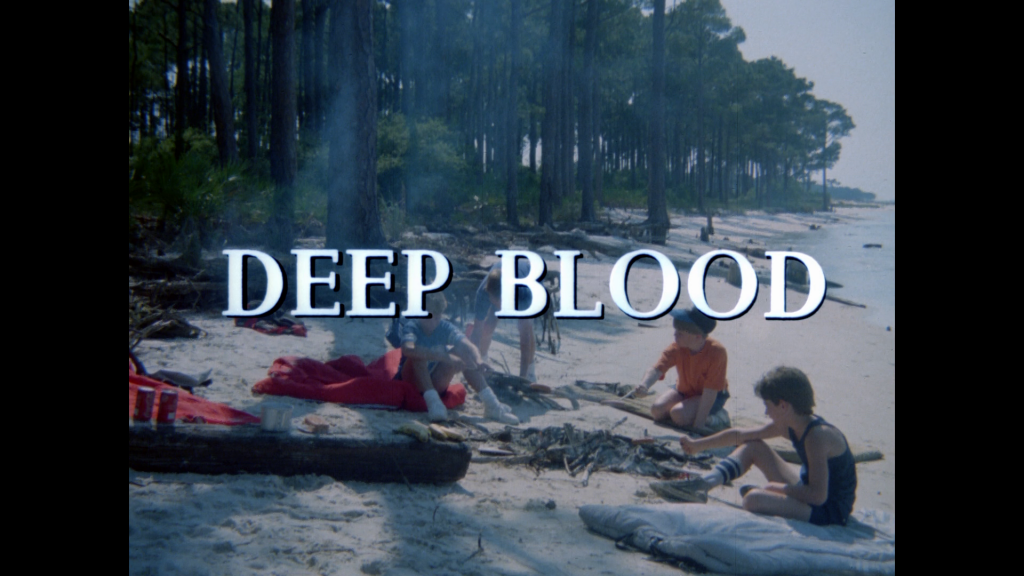 Deep Blood is the rare instance where Severin has released a bare-bones disc. The only special feature is the movie trailer.

The draw of this release is having Deep Blood on Blu-ray, looking incredible, and fans of Italian schlock getting the chance to fill out their library of Joe D’Amato films. 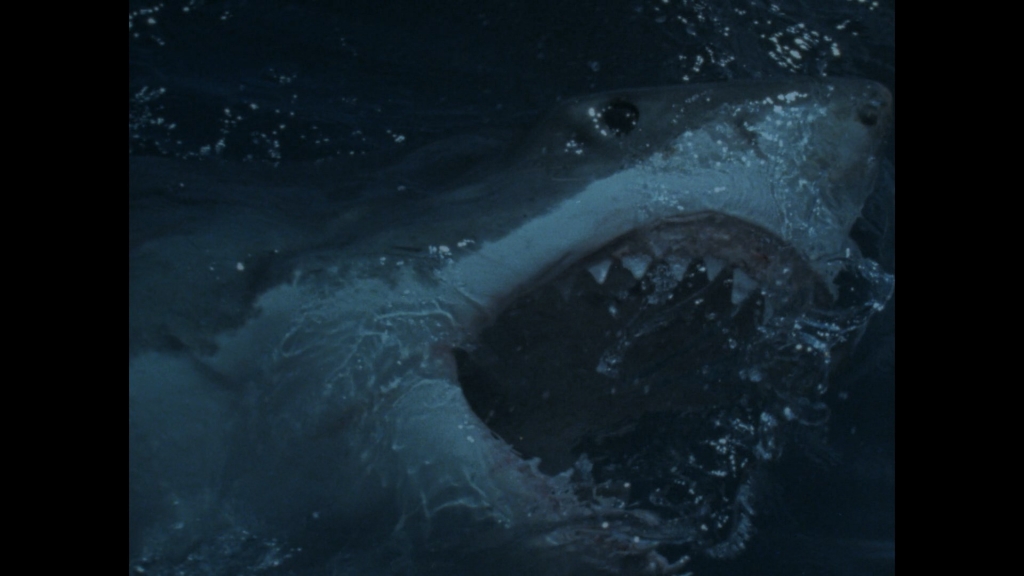 It’s disappointing that Severin Films was unable to provide more special features for this release of Deep Blood. But, as a recent fan of Joe D’Amato films, I’m ecstatic that his films are being given a wide re-release on home video for genre fans to discover.

There were some good creatures-in-the-water flicks that were made in the wake of Jaws‘ massive success, but Deep Blood isn’t one of them.

That doesn’t mean this Blu-ray release by Severin Films shouldn’t sit proudly on your shelf. 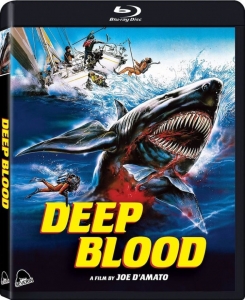