A GRITTY, REALISTIC WEREWOLF FILM THAT EXCELS BY BEING REMARKABLY HUMAN 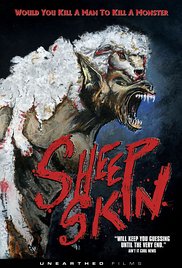 SHEEP SKIN is an adaptation of one of writer/director Kurtis M. Spieler’s earlier shorts by the same name. Filmed in 2013, the movie recently received a DVD release courtesy of Unearthed Films. I went into this film expecting a low budget, gory effects-driven creature feature. However, I was both surprised and incredibly impressed by how smart, thoughtful, and engaging this film really was.

An effective genre mash-up, SHEEP SKIN is really more of a solid mystery thriller than a traditional horror movie. That may turn off some genre fans that come strictly for the blood and the scares. But fans of intelligent, character-driven horror should find a lot to love in this highly unique and gritty take on the werewolf sub genre.

The movie follows the plight of a businessman with questionable ethics named Todd, played to perfection by Laurence Mullaney. Todd has been cheating on his wife, Nicole (Jaime Lyn Bagley). One night while leaving the office, Todd is kidnapped by a group of punk rock musicians. He’s taken to an abandoned warehouse, tied to a chair, and violently interrogated. It turns out he woman Todd has been having an affair with is the sister of one of the kidnappers, Nathan Shafer (Michael Schantz), the leader of the group. She has recently turned up dead, and Nathan and his friends suspect Todd of killing her.

This would be trouble enough for Todd, but things quickly go from bad to worse. It’s soon revealed that the gang suspects him of more than just murder. Based on some decently compelling evidence, the group is convinced Todd is actually a werewolf — a literal wolf in sheep’s clothing. While Todd tries desperately to prove his innocence, with a masterful performance by Mullaney who manages to elicit both sympathy and disdain from the audience, the group forces him to remain captive until the full moon comes up.

The movie’s biggest strength is its ability to quickly establish a compelling mystery and maintain exceptional tension throughout the film, keeping the audience guessing up until the very end. It relies heavily on the strength of its script and the stellar performances of its small cast.

Schantz, as Todd’s morally conflicted captor, is exceptional as a man forced to make a terrible decision. While at first displaying a tough exterior in an effort to intimidate Todd an elicit a confession, we slowly begin to glimpse Nathan’s inner struggles as he begins to doubt everything he thinks he knows. At first utterly convinced of Todd’s guilt, his confidence wanes as it becomes less and less clear that his werewolf theory has any real teeth. And, even if Todd really is the monster he’s accused of being, Nathan struggles with the very real ramifications of killing a man to destroy a monster.

While there is a great deal of talk and speculation about the possible presence of a werewolf, the performances are so genuine and the dialogue so well written that the movie never stops feeling very real and relatable. Whether or not we’re dealing with supernatural forces (the central mystery of the film that I won’t spoil for you), this is ultimately a very human film that focuses primarily on interpersonal relationships and believable conflict.

In addition to the outstanding performances from the two lead actors, SHEEP SKIN also delivers in atmosphere and a gritty, punk aesthetic that uses its limited budget to maximum effectiveness. While the movie was made with a mere $25,000, Spieler makes the most of this budget, creating a film that looks and feels much bigger than expected. For such a low budget affair, the production quality is remarkably good. There isn’t a ton of blood and gore, but the little we get is really well done. 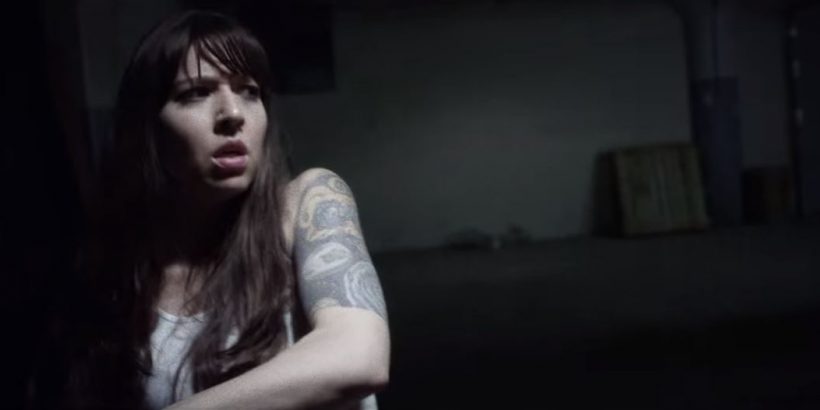 This is a film that slowly ramps up tension to a feverish conclusion. It builds suspense through smart dialogue and character development, with almost the entirety of the film shot in one location. Spieler and Cinematographer Adrian Pen Correia make the most of the setting, using the abandoned warehouse to create a strong sense of atmospheric tension, aided greatly by Dante Vallee’s eerily perfect score. Through clever use of shadows and camera angles, the production team is able to effectively minimize any budget shortcomings while creating a sense of constant dread and foreboding.

The mystery of the film is revealed through exposition, as Todd is interrogated. Through this, we begin to learn why he’s there, what he may or may not have done, and the stakes for everyone involved. As a result, the movie would best be classified as a slow burn. While it does require some patience on the part of the viewer, it’s never boring. However, it may appeal more to fans of cerebral horror than those hungering for a purely visceral experience. 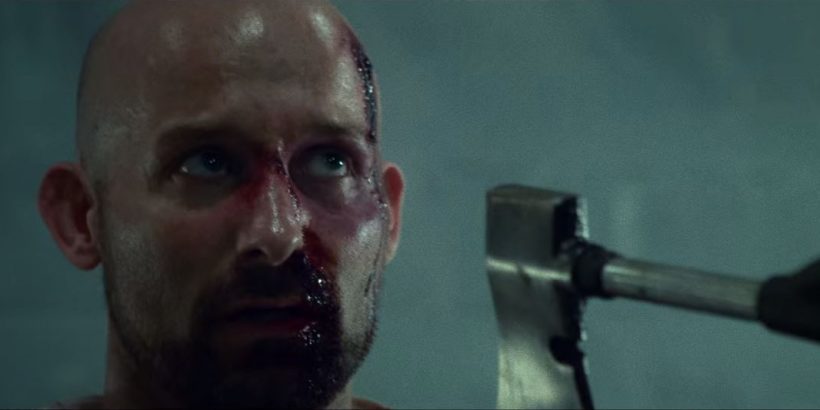 The film may not be what you’re expecting from the pulse-pounding trailer and the twisted cover art, but it’s unexpected in the most wonderful of ways. This isn’t an overly gory, thrill-a-minute horror show, but it pays off in dividends for those with the patience to let the mystery and tense human drama play out to its thrilling and exceptionally satisfying conclusion. This one is definitely worth a watch.