This trio of shorts featuring frightening females is well worth sinking your teeth into; watch in 17 minutes for a quick fright fix.

For this month’s roundup of shorts, we’re exploring some witty scares that all feature some creepy ladies. From a birthday surprise gone wrong to a trip to an unusual beauty store, and an ending with a determined corpse, this selection of shorts is sure to satisfy.

So, set aside a mere 20 minutes of your day, then sit back and check out these talented and freaky filmmakers! 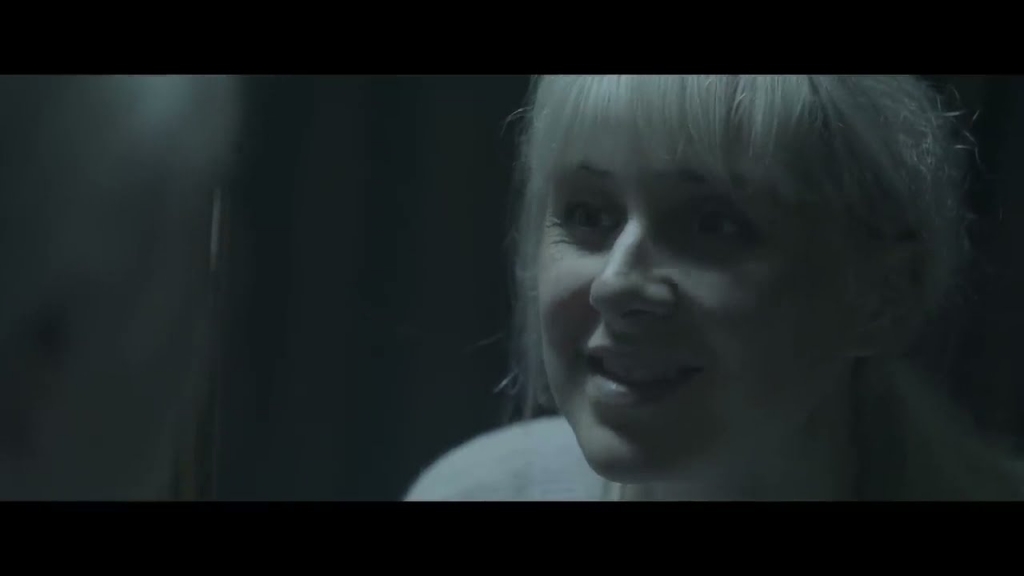 A girl finds a mysterious birthday cake in her living room.

What would you ask for, if you could have anything for your birthday? When the woman (Victoria Fratz) in Happy Birthday is given the chance to make her ultimate wish, she is in for quite the surprise. At the opening, we see her checking herself out in the mirror, pulling on her wrinkles and imperfections, sighing with disappointment at the inevitable.

She answers a message on her phone and we find out it’s her birthday. A dreaded day for her and her aging looks. She walks to another room where she finds a mysterious cake sitting on the table. One candle already lit, next to a card complete with a riddle about getting old and making a wish.

She blows out her candle, unable to see the creepy cockroach that runs across the side of the cake, and cautiously rubs her finger through the frosting for a taste. Immediately she is shocked, she feels the effect of the cake doing its magic. And when she turns to her mirror to see what that magic is, she finds her youthfulness being restored.

Excited over this wrinkle-free version of herself in the mirror, the woman turns around to devour the rest of the cake. Unfortunately, what the cake is doing to her is not what the mirror lets on.

Complete with gross-out FX and humorous moments, Happy Birthday by Aaron Fradkin and Victoria Fratz,  is a treat whether it’s your birthday or not. 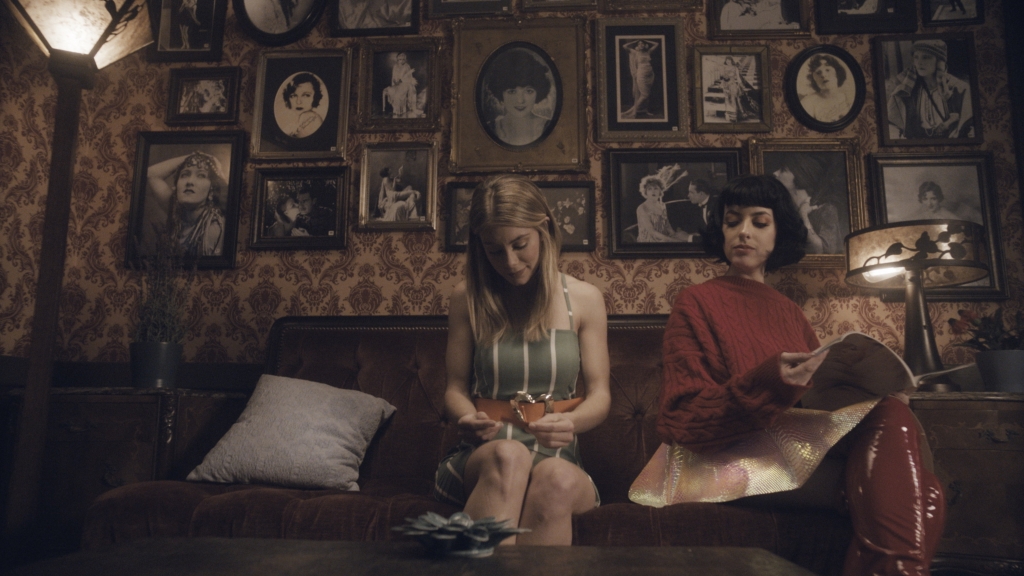 An innocent and impressionable girl, Sarah, gets an invitation to a secret beauty shop, only to find it’s not what she expects.

Finding herself waiting outside a strange type of beauty salon, Sarah (Jennifer Holland) checks the plain white business card that reads “Your special invitation to Beauty Juice. Only for beautiful girls. Non-transferable” with an address at the bottom.

“Are you here to be juiced?” is the first question Sarah is asked by a woman who appears at the front door, drinking a bright red beverage. She then barely opens the door to let Sarah in and we are immediately greeted by a dark and moody waiting room. With baroque wallpaper, framed portraits, warm lighting, and colorful characters, this place is reminiscent of the waiting room for the dead from Beetlejuice: complete with a take-a-number ticket dispenser and a Lydia Deetz lookalike.

Sarah grabs a ticket and waits among the other women. She investigates each of them and to her surprise (and horror), they all seem to have an evil to them that she can only get a glimpse of, so she waits anxiously until her number is called. A sneaky twist at the end allows us to hear the beauty juice get made that is then followed by a room full of happy customers!

With intricate sets and charismatic characters, Beauty Juice is a light-hearted comedic kind of horror that manages to suck you right into its environment.

Directed and written by Natasha Halevi, this mini creature feature is one you won’t soon forget. 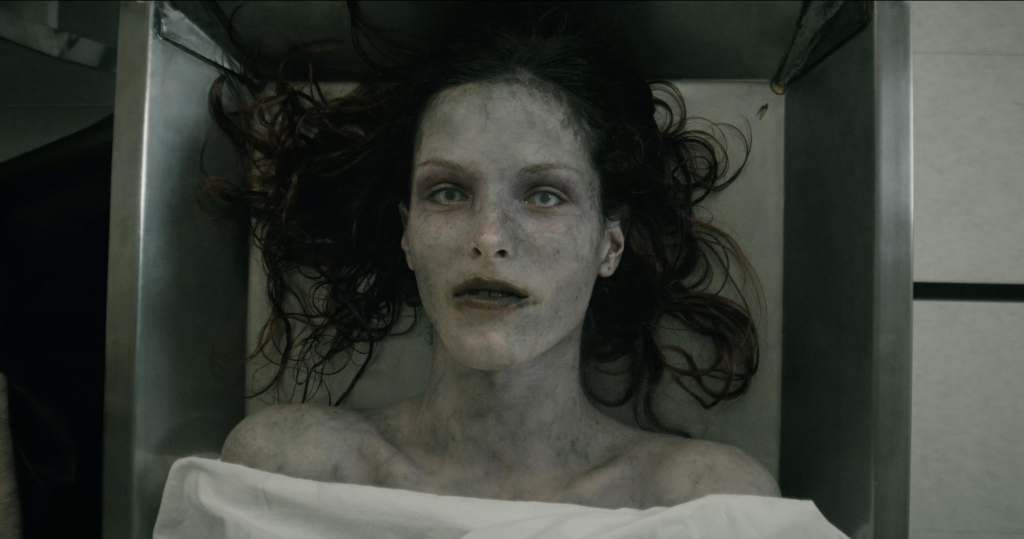 A coroner fixes up the new body in the morgue and adds a few touches of his own.

Late night in a morgue, a coroner (James Warfield) is doing what looks like prepping a body Immediately, it’s curious that he is even taking the time to prep the body. Coroners don’t usually put makeup on the bodies before storing them, and I’m pretty sure that’s someone else’s job.

Turns out that, no, this coroner was not supposed to be doing what he was doing to this body. In the bed lies a very dead young woman (Aurora Persichetti) with a haunting stare that taunts us with the idea that she might just come back to life at any moment.

The coroner applies some makeup to her face while making inappropriate comments, until he leans forward and kisses the corpse, leaving some of the orange lipstick he has applied to her on his own face.

Beyond being disturbed by this point, we are not only expecting the reanimation of this body, but now we’re hoping for it. The coroner finishes his “work” and goes to leave the room when unexplained events start happening with the door he has just closed.

Taking a turn in a direction I didn’t actually expect, Kissed by director/writer Elwood Quincy Walker is a romantic creep-fest.