This year, the popular Etheria Film Festival is once again returning to Shudder, offering a stellar virtual showcase of horror and sci-fi shorts from women filmmakers.

Found in 2014, the Etheria Film Festival (also known as Etheria Film Night) is the world’s most respected showcase of horror, science fiction, fantasy, action, thriller, and dark comedy films directed by women for an audience including producers, managers, showrunners, distributors, and genre fans. The fest’s goal has been to put women directors who want to make genre films and TV in front of the people who want to hire them.

Prior to 2021, the fest was an annual event that took place in Los Angeles. But last year forced many popular festivals to adopt a virtual platform. Fortunately, this incredible event found a home on Shudder, giving these talented filmmakers the massive stage and wide audience they deserve. The result of this collaboration between Etheria and Shudder is some of the most impressive and memorable short horror content you’ll see all year.

Etheria Film Fest 2021 boasts a set of disturbingly diverse and gritty films. Featuring work from talented filmmakers from all over the globe, here’s a brief look at what stood out for us this year.

Fueled by frustration and passion (and drugs), an actress gives the performance of a lifetime.

Bringing us behind the intense scenes of theater, we get to feel the heightened pressure that may develop backstage. In this quick-paced tragedy, the camera focuses on the main character Chloé (Lizzie Brocheré) as she navigates her way through, what is probably, her final performance. Annoyed by herself but determined to blame it on flippant co-stars, Chloé is busy pumping herself up as she desperately needs to make this night her best yet. After several frustrating encounters, she ultimately delivers a performance that stuns the crowd.

Writer/director Kelsey Bollig creates a truly dramatic piece here. The color schemes throughout bring the audience directly into this unnerving state of mind, while the pacing provides anticipation and excitement. It all concludes with a crowd-pleasing yet brutal act. In this world, establishing reality or fiction doesn’t matter when it’s entertaining.

Check out The Fourth Wall for this rather sinister take on thespians.

A woman out exploring must stay focused in order to not just make it to her destination but to survive.

Before we see anything, Narrow begins with someone calling for help. We then see a desolate landscape and a woman, Sloane (Anna Chazelle, who also direct and wrote the film) hiking the area. She quickly reaches the pleading woman, only to keep walking forward. And if I wasn’t invested before this, I certainly was at this point.

It seems Sloane is cruel and possibly responsible for the woman’s predicament, but we then realize she is on a path that she can’t fall off of. She walks carefully to an abandoned house, stepping one foot in front of the other, being sure to watch every twist and turn.

Putting us right on the edge of our seats, we watch Sloane face-off with characters from her past and even some unseen forces that should please any fans of The Evil Dead. Clearly, this is a world where something terrible has happened and Sloane is lucky to have survived.

Dealing with loss, fear, and finding hope — all while just trying to stay on the path to survive — makes this story a clever and haunting one. 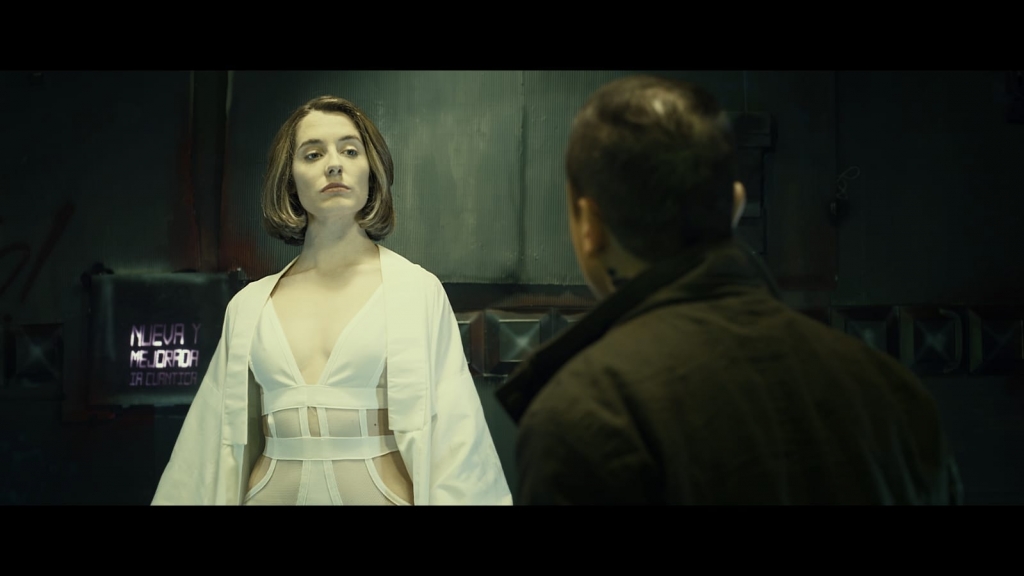 Seeking rest from a chaotic world, a man finds there’s more to his place of solace than expected.

Gritty and gross, Polvotron 500 presents a future full of advertisements, sex with holograms, and a reality where literally everyone is seeking an escape.

Charly (Gerard Matarí), who is just trying to get some sleep, enters a place that has transformed jerk-off booths into full-size rooms — with a recliner, holograms, the works. Not entering the room for anything of the sexual type, Charly simply knows the secret to getting some sleep for cheap (regardless of the cringe-worthy chair he’s going to have to nap on) is to stay in the room without activating anything.

Unfortunately, technology in this future place remains unstable and easily misunderstands our human communication style. Charly accidentally activates the hologram, forcing him into a conversation with Niky (Núria Deulofeu). He soon learns there is more to Niky than just being a sex hologram and that he may not be the only one who needs an escape.

Impressively stylish, Polvotron 500 does a superb job of taking us right into the future hellscape that we all know may be coming, while adding a storyline that also may not be too far off from reality.

From writer/director Silvia Conesa, Polvotron 500 is a glimpse into a very possible future that makes it all the eerier to watch. 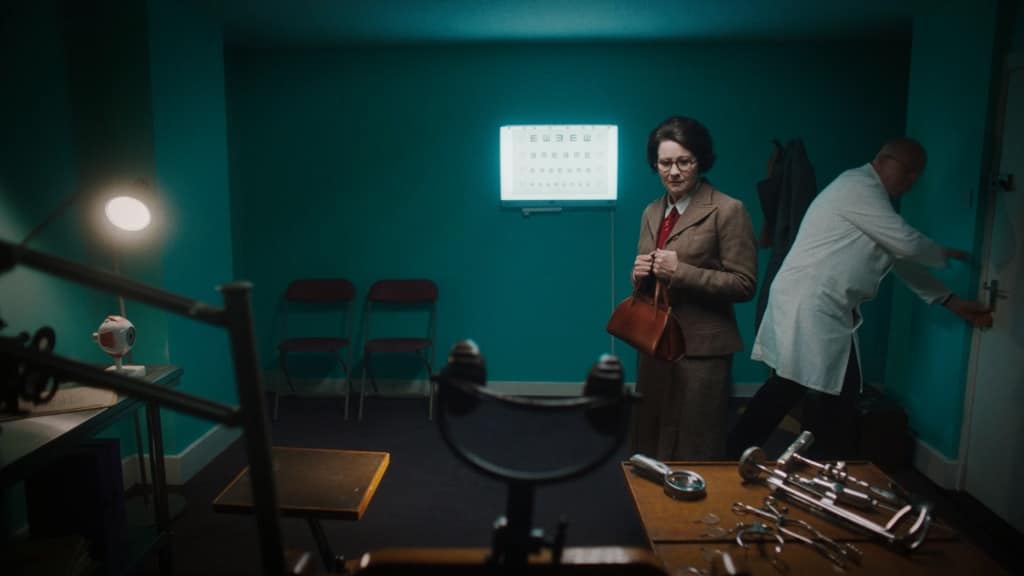 When a trip to the optometrist goes terribly wrong, a woman must be clever enough to protect her peepers.

Taken right out of the more retro horror era, this Twilight Zone-esque creeper is sure to be the classic horror fan’s favorite. There are few things scarier or more vulnerable than eyeballs. Some films understand this and take full advantage of this common phobia. Eye Exam is one such film, offering a playful spin on this fear.

Opening in an optometry office, Ms. White (Irene Allan) awaits her appointment when she sees a client running out of the room ahead of her, giving her and us a sense of curiosity wrapped in worry. In a small lonely room, she faces the optometrist (Richard Addison) who already has a scary eyeball “SCOOPER” right on the table. He laughs it off, but this doctor hardly seems trustworthy.

Her exam begins and, immediately, so do the horrors. Is it really just her and the doctor in this small room? Are her eyeballs safe here? Or is something more nefarious going on??

Watch this delightful short from director Aislinn Clarke and writer Jack Tarling to find out!