The hallucinogenic havoc of Theta is back in David Axe’s follow up to The Theta Girl — the low budget, existential, drug-infused horror flick Azrael. 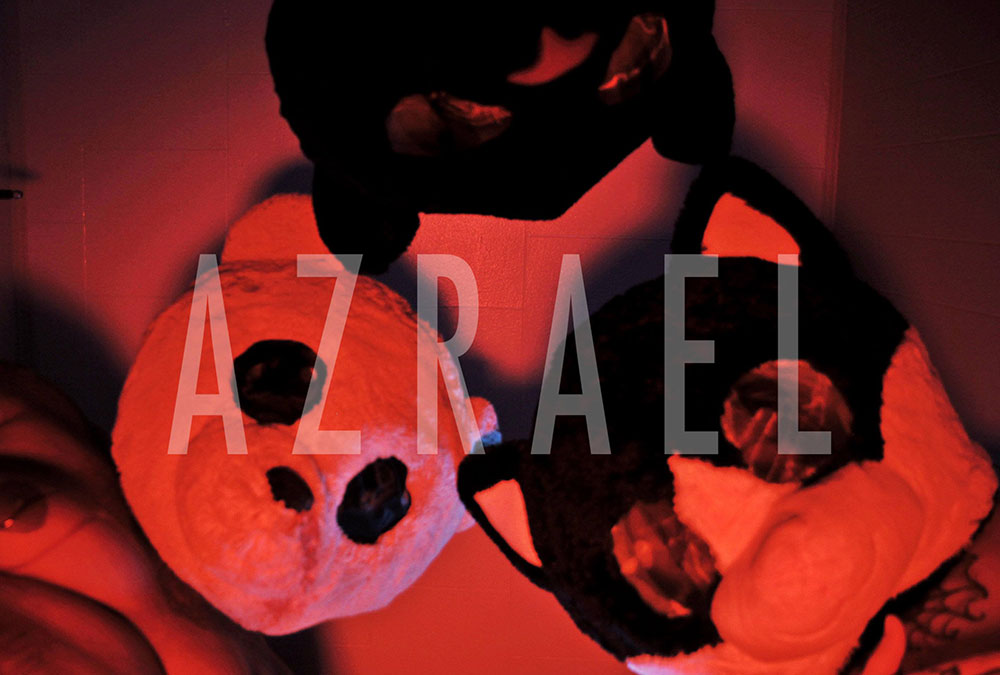 Last year, a trippy, and at times terrifying world was unveiled to moviegoers within the film The Theta Girl, directed by the resourceful rookie filmmaker, Christopher Bickel.  The Theta Girl was a ferocious, fun, and fearlessly independent ode to the guilty pleasures often found on those timeless, VHS cassettes that are so adored.

Apparently writer David Axe is a glutton for punishment, deciding to yet again take on the challenges of a micro-budgeted exploitation flick heavily dosed with psychedelic horrors.

This time though, David dives into the deep end, fulfilling several roles on set such as director, writer, co producer, and editor. The well-rounded filmmaker couldn’t wait to experience the self-inflicted indie cinema psychosis, and prompted his Producer pal Matthew Gault to also climb along the Theta Train and help make the next chapter entitled Azrael. 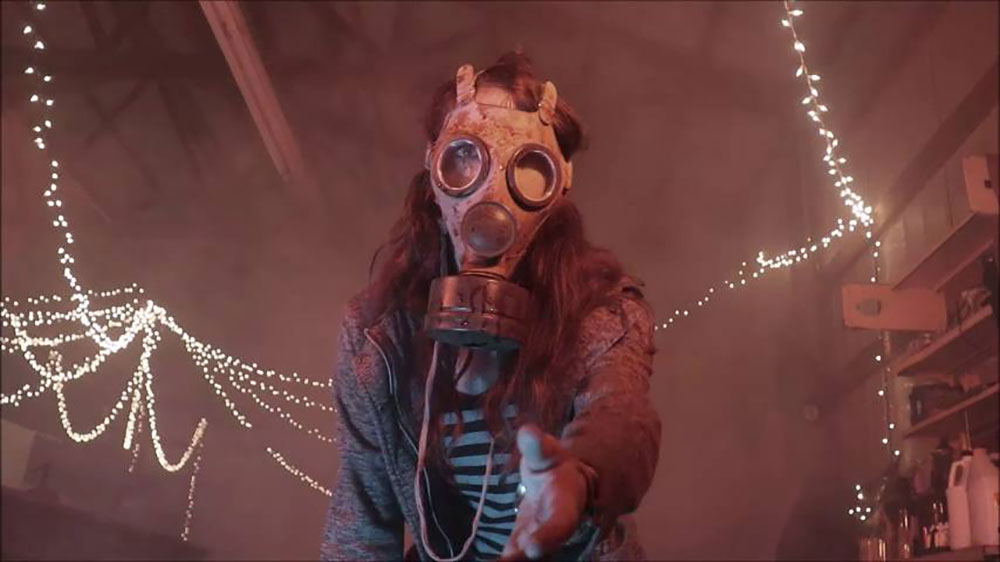 Gault and Axe have history making something from almost nothing, taking pride in their ability to create unique, entertaining pieces of genre for low low prices. The pair also share their filmmaking adventures, providing advice and opinions within their insightful and at times humorous blogs featured at https://medium.com.

“In October 20XX, a bloody fight over a strange, hallucinogenic drug claimed the lives of more than a dozen people in XXXXXXXX, South Carolina. Among the dead were the drugs creators… and a street preacher who had fallen under the chemicals terrible influence. This is what happened next.”

The film picks up shortly where it’s predecessor The Theta Girl, left off — with lots of drug fueled violence.  I want to point out however, that the violence isn’t a direct side effect from partaking in the substance, but rather the greedy and thoughtless actions stemming from those trying to procure the drug. 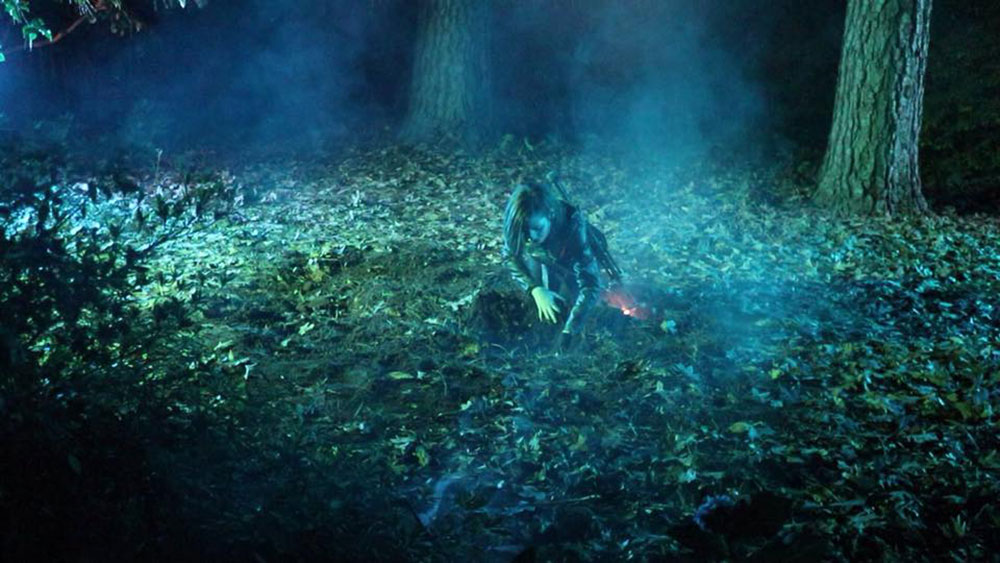 As in The Theta Girl, the experience for each person on the chemical described as DMTs weird cousin, is a completely unique wave of thoughts and emotions, with some occasionally gaining a sense of ‘divine wisdom’.  As with any psychedelic, different factors can come into play, potentially influencing or affecting your ‘trip’. Then there’s those poor bastards that simply cannot handle the mindfuck of reaching another level of being and achieving a brand new sense of awareness.

The hunt for Theta commences immediately in Azrael, as we are introduced to Ros Shogun and her seriously sadistic set of sister henchmen.   Resident Crime Queen and granddaughter of the folks who first introduced the trippy shit to the South Carolina community, Ros is hellbent on reclaiming control and production of the family business.

While Ros sets out on her quest, the brother of the murdered preacher enters town also seeking something: answers to how and why his brother met his untimely demise. Eventually crossing paths and teaming up to stop Ros are the brother and a morbidly creative Crime Scene Cleanup Technician, who just so happens to have the last few pure doses of Theta in existence.  She also paints portraits of dead people, using a mixture of paint and the deceased blood collected at crime scenes. “It’s how I honor them, connect with them,” she replies when asked why she does such a thing. Seems legit I suppose. 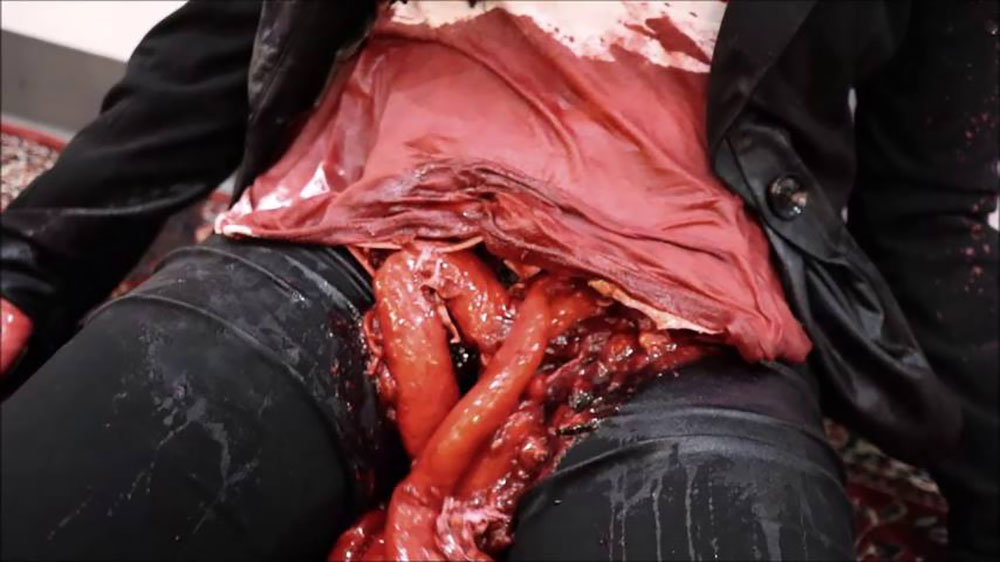 The chemical stranglehold Theta manifested shows no signs of weakening as murders, unconventional sexual encounters, and psychedelic journeys are a plenty, including an art show that goes very awry.

Axe wisely keeps Azrael simple in its delivery, keeping in mind the scant budget but using those dollars well.

This is the kind of movie that does not demand much from its viewer except to sit back and enjoy. David adamantly believes that the cameras used on a production mean very little, instead choosing to pay close attention to lighting, music, effects and of course editing. This is something both films are notable at, effectively utilizing what was at their disposal and within their means, avoiding the traps of costly and complicated sequences that they couldn’t possibly pull off. 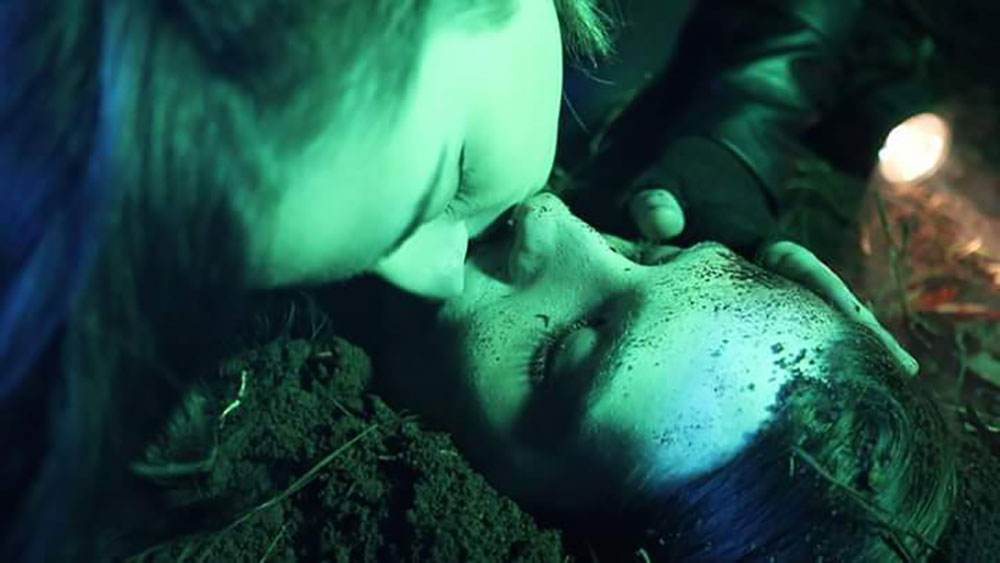 Lisa Ashworth deserves a high-five for her creative efforts on makeup and effects, and the many gallons of fake blood most likely needed for several of the scenes. Azrael also contains some clever and intriguing story elements that pay homage to the sub genre, while still offering something fresh.

To help convey the drug induced expansion of the minds and dialogue within dimensions, crafty editing techniques were put to use. Unfortunately, some scenes were quite difficult to hear the sound, especially the verbal exchanges made between characters. Camera work and lighting were of no issue though, and I found myself admiring the thoughtful ways a character or scene were illuminated.

David delivered a worthy sequel for his turn behind the camera and again proved that he can provide some indie genre goodies for very little green and with genuine gratitude.