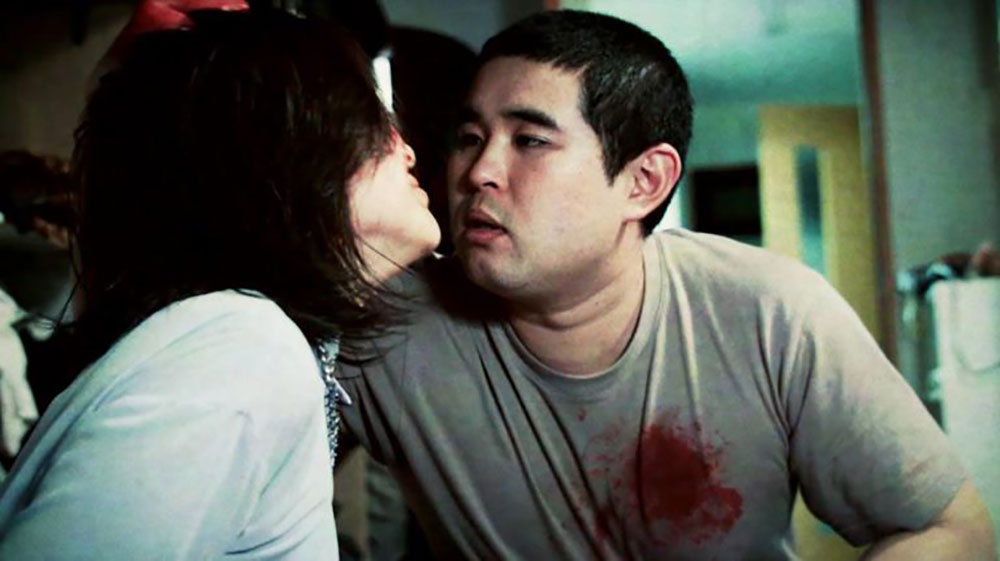 I’m not sure if I have ever run across a film so aptly titled then with Takashi Hirose’s Brutal.  I sat with my eyes transfixed on the Japanese horror playing out before me, in what will be one of Unearthed Films’ upcoming releases in their vast library of violent delights.

Excelling in reaching that status of extreme horror, Brutal wastes no fucking time getting down to the good stuff.

An enraged young man (Butch) is just quite simply beating the living piss out of three captive young women in the opening.  The music is incredibly well suited to the animalistic attack this man is inflicting with his bare hands upon each young woman.  A level of sheer primal rage is met as he pounds on his victims faces and bodies, blood everywhere. 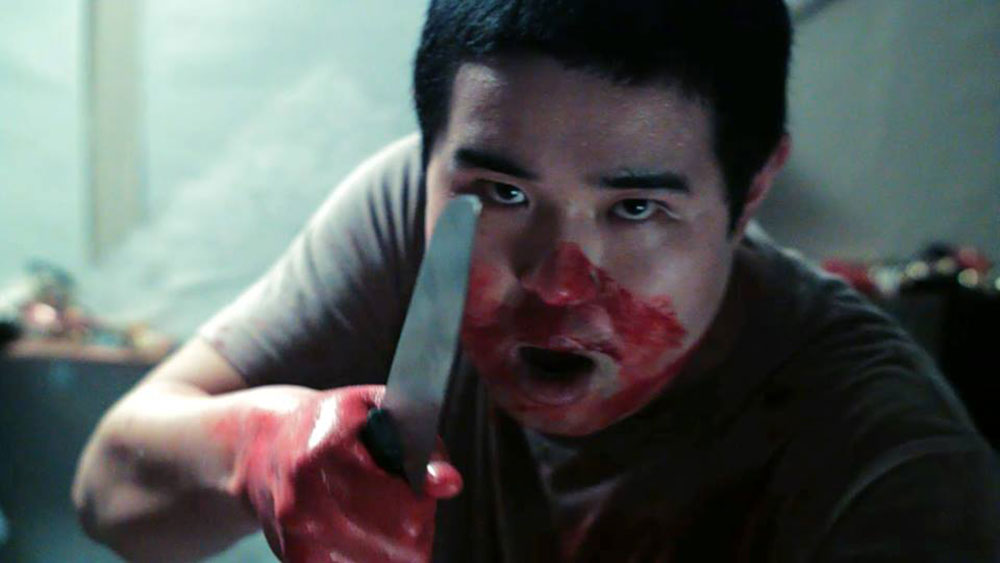 “Asian actors can portray fear unlike any other,” Biro says, and I agree.  There is consistently something completely palpable about the terror they can express, and Brutal is no exception.

The opening sets a relentlessly vicious pace that the film does in fact follow successfully. Shot in a style that pays tribute to the grindhouse classics, Brutal includes those time-honored traditions of picture inconsistencies and momentary editing flaws that many find endearing. In addition to the grindhouse love, there is some banter between a decapitated head and the Man, making me immediately and fondly think of Obayashi’s Hausu, albeit not as outrageous.

In a montage of madness, we are then introduced to the next chapter and the next significant character — The Woman (Ayano). In contrast to the angry young man, she silently seduces her prey. They do seem to share the fact neither engage in actual intercourse, although they do enjoy an immense satisfaction and sense of release after each violent murder they commit.

In a relatively short amount of time, a little over an hour, this three-chaptered tale brings a mighty bloodlust with an unexpected ability to humanize the aggressors by the end.

After a barrage of brutality, I ended up finding myself sympathetic towards the two. The finale was unpredictable and intense, a showdown in exsanguination, leaving me in need to see it again. It was the perfect ending to a film that is a brutally beautiful addition to the Unearthed Films’ catalog, complimenting in particular another film of theirs, Marcus Koch’s Bloodshock.

Hirose and crew deliver incredible stab wounds and horrific bare-knuckled beatings in what should be considered an entertaining and effective practical effects showing. Biro shares that he actually sniffed this one out when his flick The Song Of Solomon and Brutal were both playing at Fetifest Hamburg 2017: Japan’s Underground Film Festival.

Although he didn’t see it there, he heard the reactions and made a point to see it ASAP.  He apparently was not disappointed, quickly adding it to his impressive distribution list. “Did you just have to make it a part of Unearthed after seeing it?” I half jokingly ask. “Yes!” he emphatically answers.  Good move, Stephen.

Unearthed gives us fans what we want; new and restored extreme horror films. Biro recently announced that the goal for his growing brainchild is to release one title a month. With two of the next three anticipated releases from our extreme horror filmmaking friends in the Far East, Unearthed Films seems to be revisiting some of their roots, and I’m sure this pleases many.

I am also very much looking forward to A Record Of Sweet Murder, done by Koji Shiraishi, the same filmmaker responsible for Grotesque.

First up for though, on October 23rd, is the inaugural release of Unearthed Classics with the H.P. Lovecraft inspired The Unnamable from 1988, which will be completely restored.  November 13th will mark the release of Todd Sheets’ (Bonehill Road, Dreaming Purple Neon) newest horror, House Of Forbidden Secrets. Finally, this Japanese gem Brutal will be available on December 11th.

You can order all the gory goodness at www.unearthedfilms.com, and don’t forget to check out the Unearthed Films Extreme Horror Vimeo Channel to take a gander at their other streaming titles. 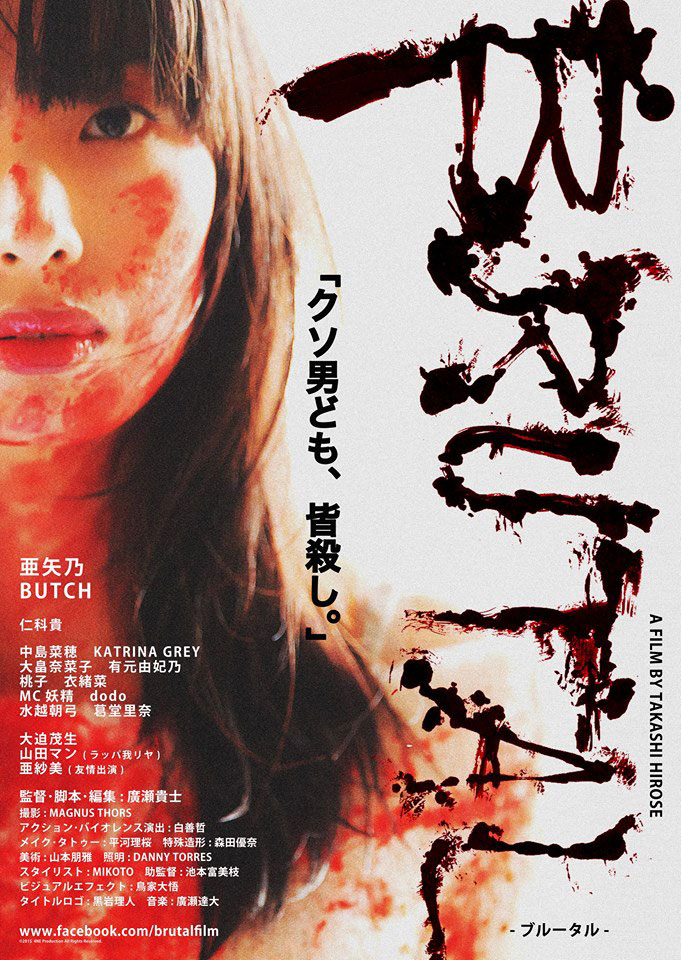