Day Three of Nightmares Film Festival included premieres, exceptional shorts and midnight programming, and recognition of the best talent in the genre. 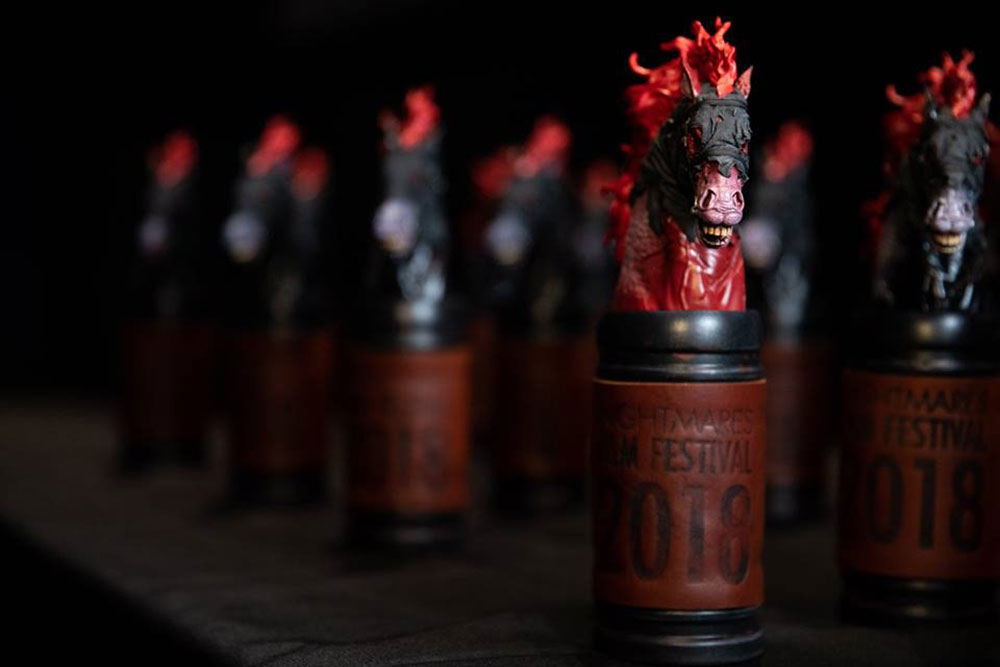 It was another day full of incredible programming from early morning until late into the night. In addition to more of the best screenings like Heidi Moore’s More Blood, as well as informative panels, day three of Nightmares Film Festival featured filmmaker awards and the infamous Midnight Mind Fuck screenings.

The Head by Jordan Downey screened at its North American premiere at noon. The Head is the “twisted, lonely trek of a medieval bounty hunter who seeks vengeance against the monster that killed his only daughter.” Character driven and atmospheric, the film not only presents a moving story, but also gorgeous cinematography and captivating performances. 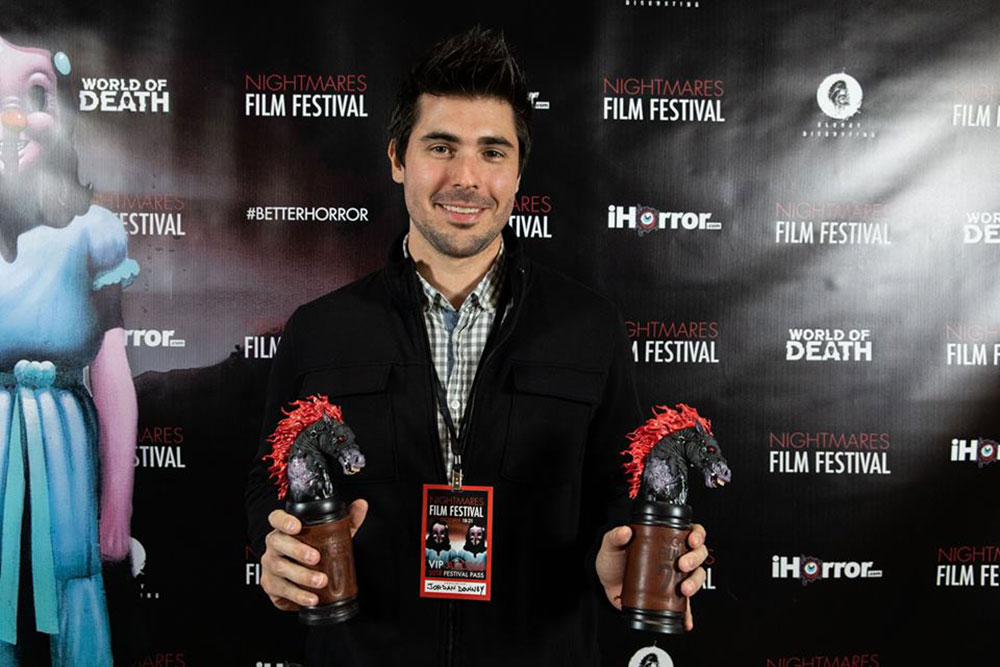 Jordan Downey, Director of “The Head”

Livescream by Michelle Iannantuono was highly anticipated by festival goers. The film revolves around a game streamer who plays a haunted game and faces deadly consequences for both himself and his fans. The short film Offerings preceding the feature was accompanied by live music.

“LIVESCREAM really explored relationships between streamers and people watching the games. It’s something that hasn’t been explored or respected. It’s in my top 2 films of this year.”

Never Hike Alone, the Friday the 13th fan film, was a crowd pleaser with its cameos and Easter eggs for the diehard franchise fans watching (read our review here and our interview with filmmaker Vincente DiSanti here). 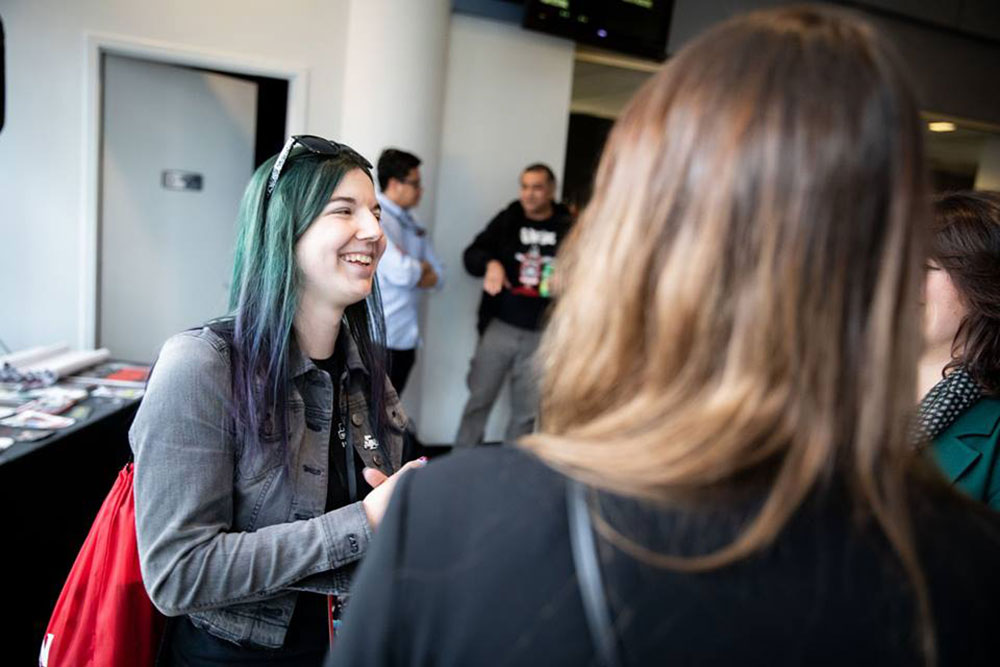 Two panels took place today with filmmakers, producers, and writers discussing social progress in both film and the genre, along side distribution of film within the independent community.

The Night Mare award ceremony took place at 5:15 PM. Samantha Kolesnik was in attendance to present the Women In Horror Film Festival Night Mare award. As the co-founder of the Georgia-based festival, Samantha honored fellow female directors and writers with this category. All the winners and runner ups can be seen on the film festival’s Facebook here. 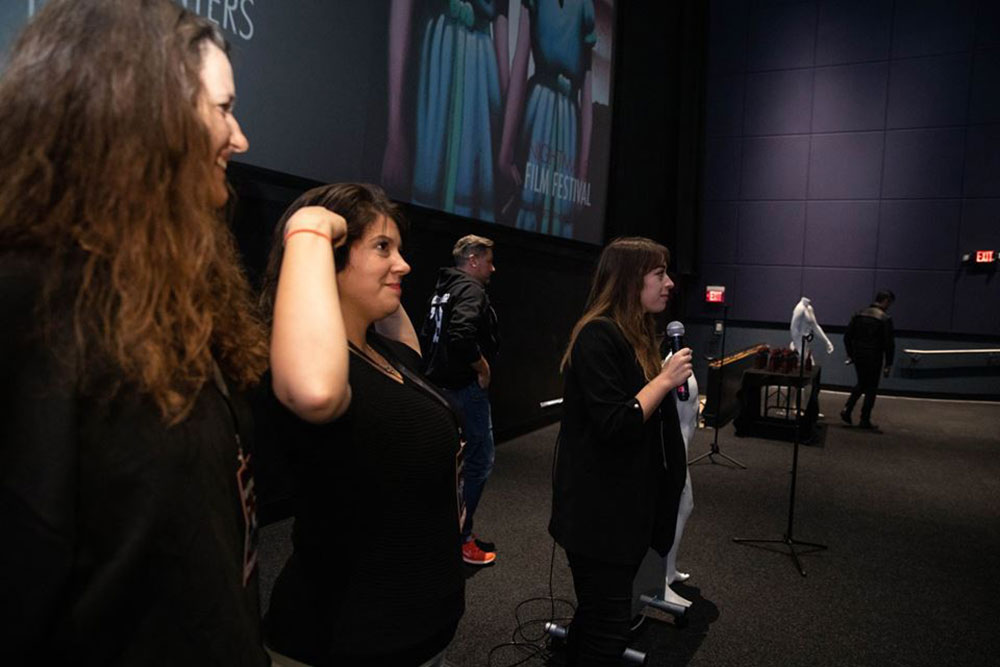 “You’ll Only Have Each Other” Filmmakers, Winners of the Women in Horror Film Festival Nightmare Award

The Nightmares Film Festival may only be three years old, but it has already gained a reputation for its Midnight Mind Fuck block, the darker half of the screenings that feature the genre’s most bizarre and challenging films. On the schedule was Trauma, La Puta Es Ciega, and short films Entropia and Helminth. (Read our review of Trauma here.)