“The Special” lights a dark fuse — capturing the grotesque nightmare of a man consumed by a strange sexual obsession with explosive results.

The Special is not a love story. Its story centers on obsession, on addiction, and chasing a high no matter how gruesome the journey becomes.

When Jerry suspects his wife is cheating on him, his best friend Mike (a well cast Dave Sheridan) shows him the immense pleasures of “the Special,” a mysterious sexual exploit found at a secretive, local brothel. Jerry then becomes completely consumed by the sexual gratification provided by the Special, a box with “stick it in here” written on the side of it and an arrow pointing to a dark hole.

This moment takes his life on an odyssey of dark derailment as his fascination leads to unimaginable horrors.

The Special succeeds on virtually every level.

The film is steadily paced, with each scene taking viewers further down the rabbit hole — or rather, down the icky hole on the side of the box. It hypnotically drives the viewer towards the explosive climax. And boy, do things get icky along the way. Director B. Harrison Smith expertly navigates the story by playing it straight and pulling no punches.

The Special is uncomfortably convincing, grimy, strange and fueled by a mania-driven passion that taps into the darkest corners of the mind, the places where obsession blurs delusion and reality.

Love scenes with inanimate objects are hard to pull off without inducing unwanted laughter. But it’s these scenes where Davy Raphaely really shines and completely sells Jerry’s actions and feelings toward the Special.

The camera work, coupled with the intoxicating yet cautious score by John Avarese, creates exactly what is needed for these scenes: the audience feels that Jerry is in love with this thing, and dangerously so.

As Jerry’s misguided love affair becomes his reality, delving deeper into his star-crossed love for the Special, the physical effects of his affair begin to worsen and take a toll on his body.

The performance of Jerry is compassionately captured by Davy Raphaely, and he never stops eliciting sympathy from the viewer, even during his worst, sometimes gross out moments. He nails these complex moments with intense credibility. Raphaely comes across as a “nice guy” in both appearance and demeanor, and these physical and personality traits are what naturally keeps the viewer on his side.

To further complicate Jerry’s relationship with the Special, his wife, Lisa, is portrayed with a subtle tenderness by Sarah French. Her performance effectively raises the stakes and infuses a sense of humanity into this murky and dreadful sexual nightmare. Raphaely and French both benefit The Special by creating a true sense of tragedy within this horror film.

The strong performances and Smith’s go for broke approach to the material really keep this film ticking until it’s surprising conclusion.

I was grabbed by the darkly fantastical elements of The Special and was wondering the whole time, “what’s in the box?” And the Special itself is grossly fascinating, with the effects team delivering outstanding visuals that bring the horrors to eye popping life.

This a great film. And like the poster says, see it with someone you hate. 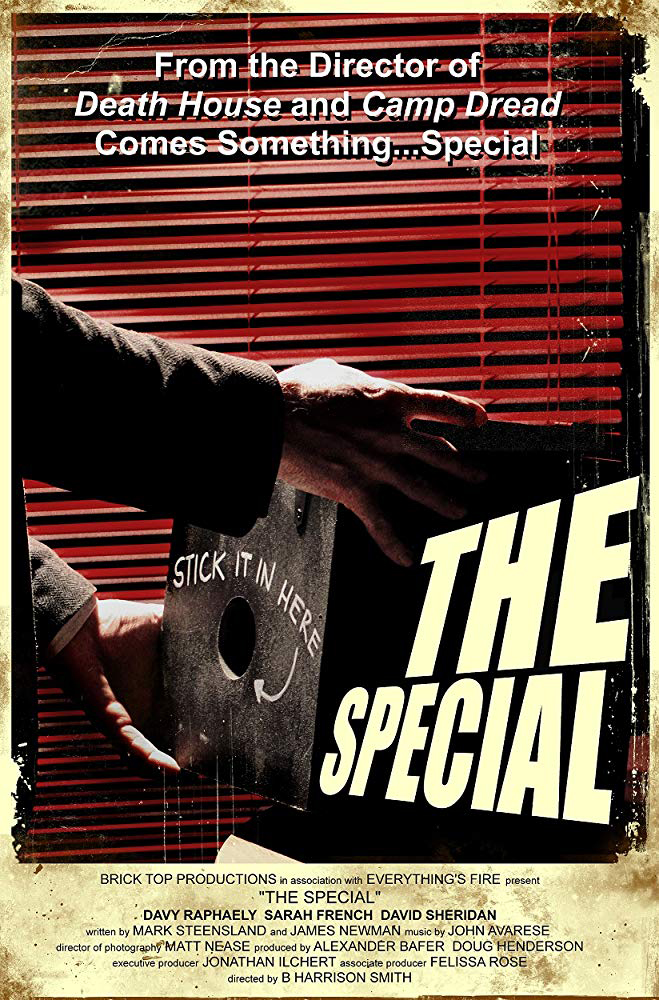 The Special should be hitting the festival circuit soon, and I urge you to try to see it as soon as you have the chance.