Great music and sound design is essential to striking the right chord of fear and suspense in audiences and fully investing them in a horror film’s story.

Have you ever thought about what creates that jump scare? It’s not always the action on the screen, but rather, the sharp sound that ultimately startles you. To understand the full impact of sound on the experience of fear and tension during a horror film, try watching your favorite horror film with the sound off. You’ll be surprised how much terror is derived from a film’s score.

How do sound designers create such an overwhelming sense of dread and suspense? In reviewing some of the most memorable examples of sound design and music found throughout great horror films, we start to realize just how effective music is at not only telling a story but creating a meaningful emotional response in the audience. 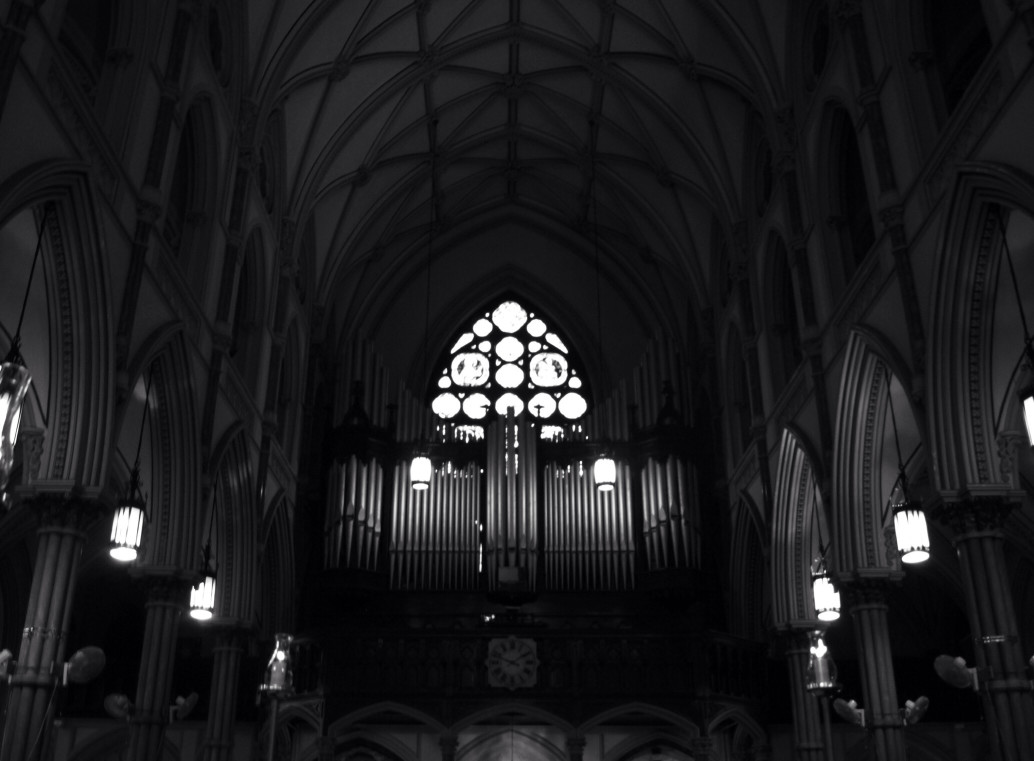 So how does “scary” even sound? Having full freedom with a music production studio is essential, so that sound designers can craft their music as they please. Take a listen to some great horror movie soundtracks to experience just how they use the right music helps to pull the story along. Below are just a few of the coolest musical instruments often used in horror films to create the perfect ambiance and mood.

The unusual looking waterphone has been used in many horror movies like Aliens (1986), Poltergeist (1982), and Let the Right One In (2008). It is an inharmonic, acoustic percussion instrument consisting of a stainless steel resonator with a cylindrical ‘neck’ and bronze rods of different lengths around its bowl. It’s a modern invention influenced by the Tibetan drum. The sound of the waterphone is often used to evoke mystery and suspense.

Check out the video below to see and hear the waterphone in action.

A church instrument coming all the way from Ancient Greece, the pipe organ produces some really neat harmonious tones. This 1,800-year-old instrument has become the gold standard for bone-chilling music. It has a distinguished history in film, not only in musical scores but on the screen itself. The unmistakable sounds of the pipe organ can be heard in movies like Sweeney Todd (2007), which, even though it’s a musical, is purely horrific considering the main character is a demon barber.

The most famous piece of chill-inducing organ music is Bach’s Toccata & Fugue in D Minor. Even if you don’t know the name, I can almost guarantee you’re familiar with it. It’s been used in classic horror films like The Black Cat and Dr. Jekyll and Mr. Hyde. Give it a listen below.

The theremin is an electronic instrument that’s used to make sounds without you actually playing anything, except the air! It’s controlled without physical contact by the performer, which makes it even creepier. The theremin was the product of Soviet government-sponsored research into proximity sensors and was invented by a young Russian physicist named Lev Sergeyevich Termen (known in the West as Leon Theremin, for whom the instrument was named after) in October 1920.

You can hear the unsettling sounds of this unique instrument in such classic films such as The Day The Earth Stood Still (1951) and Dark Shadows, a television show from the 1960s. Listen to the theramin being played over the opening sequence of Daughter of Horror (1958) below.

Other, more traditional instruments, like violins, are also often employed to create those creepy and effective sounds that making watching horror such a visceral experience. Woodwinds like clarinets can be used to mimic the sound of a heartbeat. And a keyboard can be used to make dark, ominous tones that make you feel scared or ramp up anticipation. Some of the best musicians of horror can use their music to create the gripping feeling that keeps audiences white-knuckled on the edge of their seats. 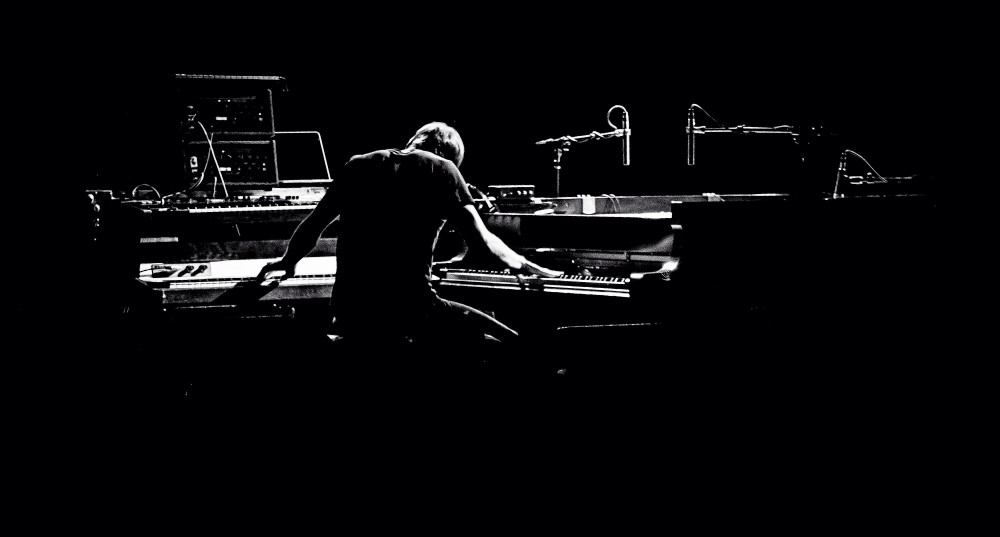 For filmmakers looking to incorporate the right music within their horror movies, there are film music licensing services that provide existing sounds and music royalty-free — or even work with film production companies to make great custom scores that help bring the right amount of fright and suspense to life. To properly spook audiences, the perfect scary score often utilizes some of the following great sound design techniques.

Amplify Silence — Sometimes directors or sound producers often think they have to fill up the silence with sound. But sometimes you can truly amplify the silence with delayed sound design, by waiting for the right moment, and that can create the sense of dread or wonder in what comes next.

Add Percussion — Up-close shots or even some that creep up into an up-close shoot in films can be aided by percussion in an intense way. Music doesn’t just have to be done with an instrument that makes sounds, but rather the percussion noises can really add to a scene. Frequencies can be used to create that typical “fight or flight” response in your audience that you want to be sure and pull out in specific instances.

Avoid the “Norm” — One of the best things about horror films is the ability to be more experimental, and that goes for the musical score as well. Utilizing sound designs you’ve heard in other successful scary movies is helpful, but don’t pigeon hole your music into one specific “type”. Instead, try to experiment with multiple sounds in the same scene to see how the music tells the story or creates the feeling. 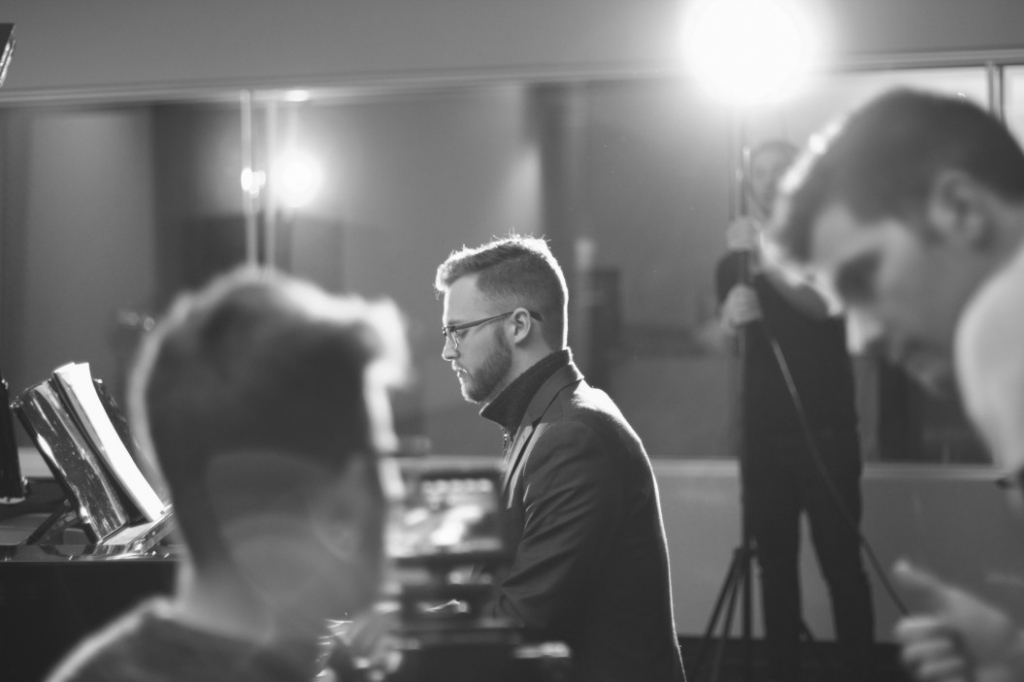 As audience members, the right musical cues create dread, help us anticipate the threat of violence before it happens, and allow us to enjoy the heart-pounding suspense of what’s coming next. Savvy filmmakers and composers understand the importance of choosing and crafting the perfect music to amplify the atmosphere of a film and enhance the emotional response of the audience.

Without the right music and strong sound design, even the most well crafted, expertly acted, and beautifully shot horror film can miss its mark and leave audiences feeling cold and indifferent.