Be afraid, be very afraid as we delve into the 1986 horror hit and Cronenberg classic, “The Fly” this week on the Spookshow.

This week, it’s Donny’s choice as we watch “The Fly” from 1986! Join the Spookshow gang as we discuss this ’80’s classic from director David Cronenberg starring Jeff Goldblum & Geena Davis.

Loosely based on George Langelaan’s 1957 short story of the same name and the 1958 film of the same name, The Fly tells of an eccentric scientist who, after one of his experiments goes wrong, slowly turns into a fly-hybrid creature.

The Fly was released on August 15, 1986, to massive acclaim by critics and audiences, with praise mainly regarding the special effects and Goldblum’s performance.

Despite being a gory remake of a classic made by a controversial, non-mainstream director, the film was a commercial success, the biggest of Cronenberg’s career. It was the top-grossing film in the United States for two weeks.

The Fly scored big with audiences and critics due to its stunning creature effects and tragic love story, which left viewers buzzing. Let’s get into it! 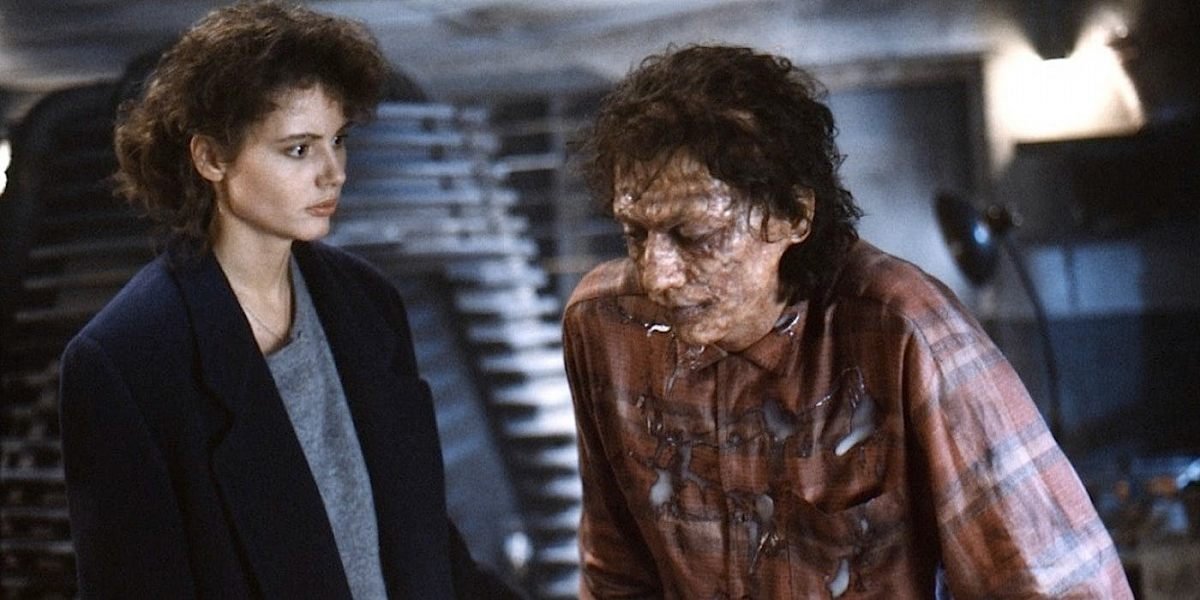 Watch the trailer right here. You can watch it on HBO Max.