An American Videot presents… “Is this robot heaven? I wasn’t expecting it to be like this.”

Metallica (aka Captive Planet, aka Star Odyssey) was distributed by Mogul Communications on VHS in 1987. It’s a 1979 Star Wars rip-off that was directed by Alfonso Bresica and stars Yanti Somer, Gianni Garko, and Malisa Longo. The movie is about an intergalactic evil leader of a rebel-organization who tries to take over and exploit the planet Earth with the help of his android army. A team of experts living on Earth form a strategy for defending their home planet. It’s a battle between good and evil in a fight to save mankind. Who will win? Who cares?!

A while back, I reviewed another Star Wars rip-off called Starcrash, which pre-dates Metallica. It was an obvious blatant rip-off but still entertaining enough to keep me watching. This movie makes Starcrash look like Star Wars. 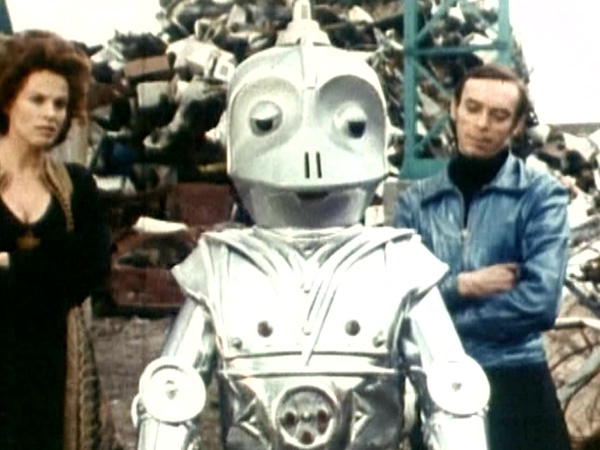 This movie, with its deceptively cool cover, must have disappointed so many teenage boys. There are two things they could have expected from glancing at that cover on the shelf of their neighborhood video store. First, they might have expected a cool science fiction movie, in the same vein of Star Wars but different enough to be considered its own film. Or, they might have mistaken it for a video from the band Metallica because of the name, the heavy metal looking cover, and the similarity of the title font to the popular band’s logo.

In fact, that’s no mere coincidence. Not only did Mogul Communications take an existing film (Captive Planet) and slap another name on it with a different cover in an effort to generate more sales (see “The Box Art” below), but they seemed to intentionally name their re-release Metallica at a time when the band of the same name was enjoying tremendous success after the release of their album Master of Puppets. 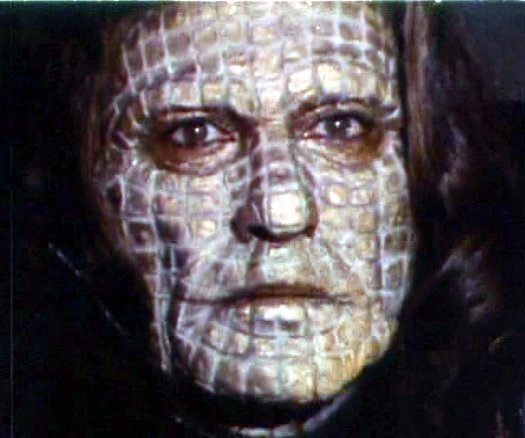 Whatever those enthusiastic young lads of the 80s thought they were getting their hands on, all they really got was a five-dollar shameless Star Wars rip-off that eventually fell into public domain territory. The plot is probably the worst part of the film, since there barely is one. For the first hour of the film, it’s just characters in a room talking about space and future technology (because it has to fall under the Sci-Fi category). And the dialogue is just so awkward and mind-bogglingly stupid, that it’s really hard to figure out what’s going on. They keep adding new characters and cutting to the bad guy for one minute, just so you know he’s there. But you have no idea what his intentions are, or even his motivation.

It’s really just one big mess of a film. You get people wrestling robots, for seemingly no reason at all. You also have people with telekinetic mind powers and suicidal robots. Throughout the entire film, you are just asking yourself what is happening and why. I had to read the synopsis on the back of the VHS to figure out what was actually going on. And the last 30 minutes of the movie is just a big battle with cardboard light sabers, toy model space ships, and Oompa Loompa-like androids. It would probably be a lot more entertaining if it was an hour and 20-minute film, but it’s not! The movie is closer to an hour and 45 minutes. Are you kidding me? That’s almost the length of the original Star Wars. The movie does drag a lot. In spite of that, it’s not without its charm and moments of hilarity. If all you are looking for is a fun, if not slightly boring, and funny rip-off of a classic science fiction movie, then this is the movie for you. This is truly a movie that has to be seen too be believed. Some of the insane dialogue and atrocious effects do make for very unintentionally funny moments. This is a movie that should be watched with friends, and you might even have a fun time with it. 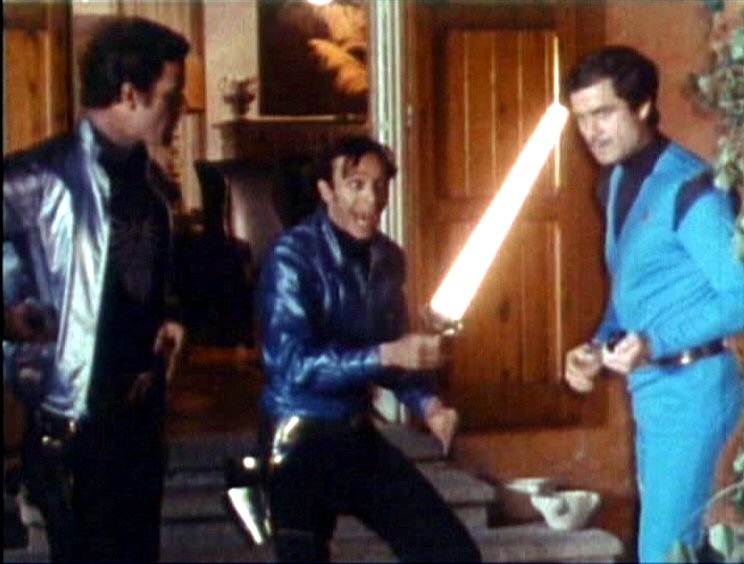 One more thing I feel I should talk about is the cover art. As I mentioned before, Mogul Communications released this film twice under two different titles. They released it under the name Captive Planet and Metallica, both with different covers and different descriptions of the film. The cover for Metallica is definitely the best part of the film, or at least the tape. I can see why so many people would be drawn to the fantasy/Sci-fi cover, because it’s very cool looking. 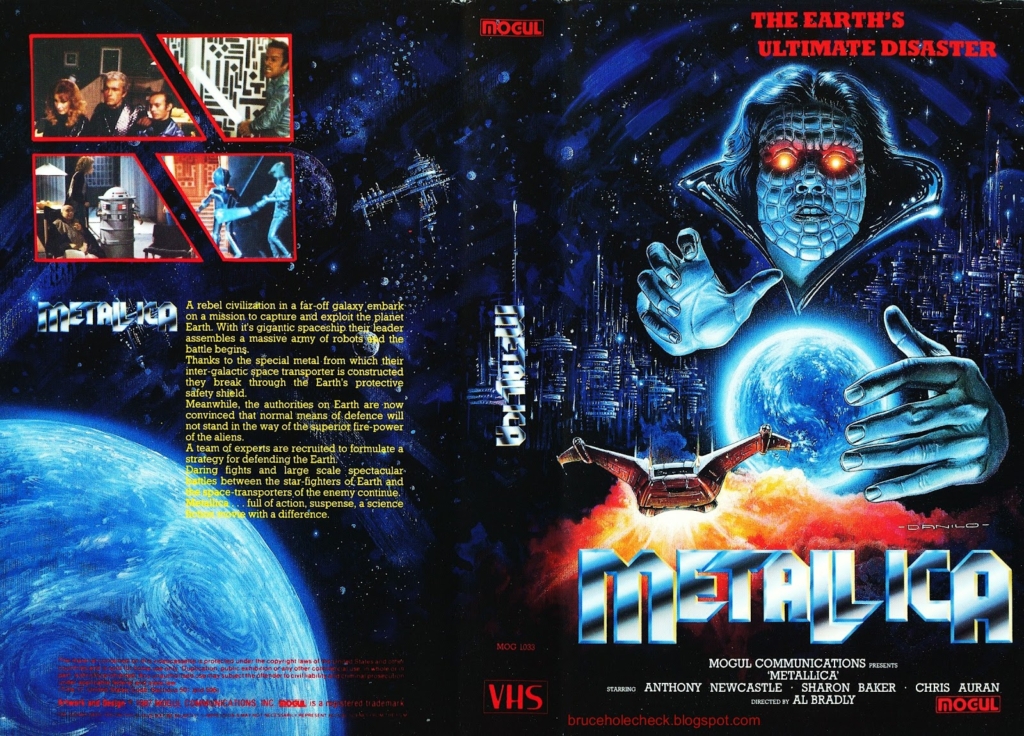 If you look very closely on the back of the box, you can see that it says events on the cover may or may not take place in actual film. They wrote that in very small writing, which makes sense. The best tactic distributors would use to sell a crappy film would be to make a very awesome looking cover. At least 90 percent of the time, any VHS with a cool cover is going to be awful, especially when there are no actual pictures from the movie on the back of the packaging. It’s very misleading, but smart marketing.

Both releases of the film are pretty rare, as most Mogul releases are. So if you plan on watching the film (just don’t), the best and easiest way to watch is on one of the budget public-domain releases (you can also watch it for free on YouTube, just Google “Star Odyssey”). With that said, the VHS quality does add to the experience of the film, whether that be good or bad. 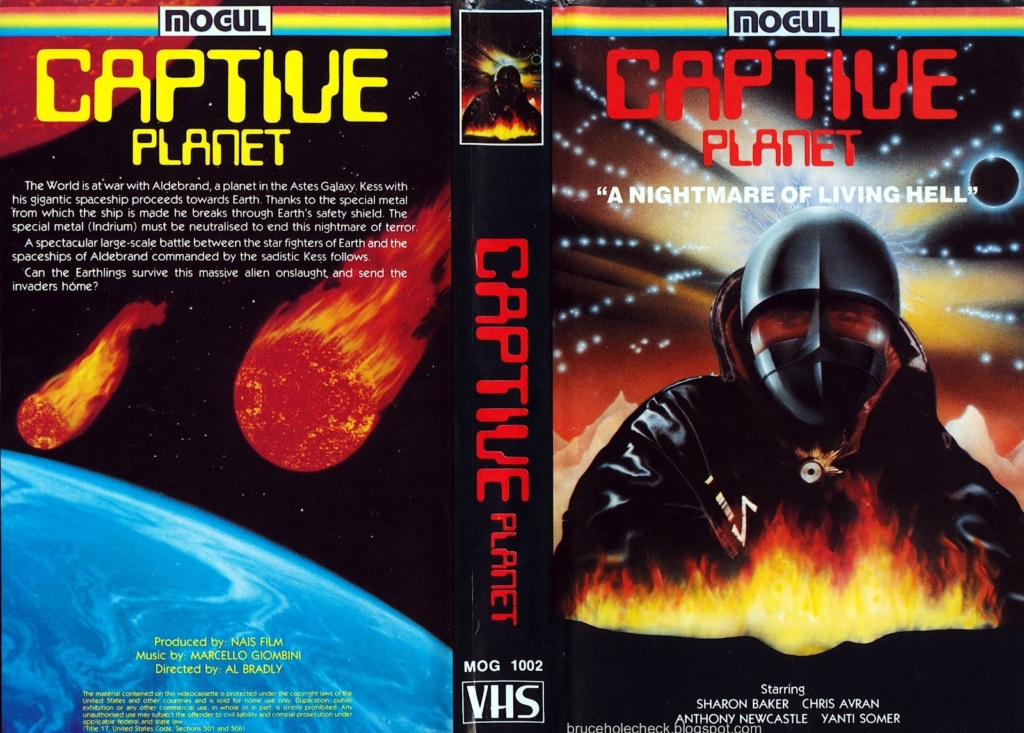 Metallica is just a blatant Star Wars rip-off that was only made to cash in on the success of that much better film. While it is a poorly made, horribly acted, snooze fest that makes even the Star Wars prequels look Oscar worthy, it definitely has its moments of entertainment and its own unique charm. If you are a fan of Star Wars, maybe skip this one. It might make you crazy. But if you are a fan of cheesy, nearly unbelievably bad and microscopically low budget sci-fi B-movies (the kind Mystery Science Theater 3000 would love), this may be a must see.