By now I think all of you have figured out my predilection towards the written and drawn word of both Horror and heavy Nerdisms, so it should come as no surprise when I reveal that Wytches is up next on the Kryhs Reads list. And, believe me when I say it took me a few days to read it thoroughly enough to feel like I could do it justice here on Slash-Nerds. 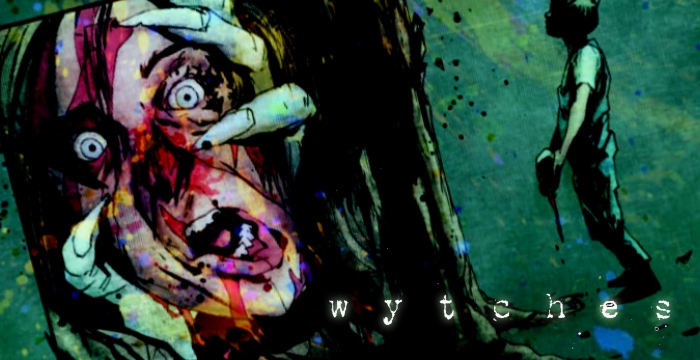 Scott Snyder is a masterful storyteller. Known most for his short story collection Voodoo Heart (2006; Which is definitely on my reading list now), Snyder has a way of delicately spinning hysteria and fanciful together in this graphic novel. Combine Snyder’s wit with the sharp, dramatic lines of Jock’s (John Constantine, Hellblazer: Pandemonium, BATMAN The Black Mirror) artwork and the chaos of tone and noise (Yes, noise. Pick up a copy of Wytches and you’ll understand what I mean) from Josh Hollingsworth’s color work and you have one of the most visually stunning graphic novels that I have personally seen.

Now, if you’re like me you’re probably already jumping on the Internet to look up reviews or looking on your Goodreads app to see what other people had to say about it. Don’t. Put the phone down. Exit out of your just opened tab and finish reading this before you decide to look up another review. Because, I did exactly that. I got the recommendation from a friend of mine who has very similar tastes to myself. Tastes that are obscure and somehow still classy. If that makes any sense at all. I took her advice, found the volume at a local comic shop, and I was pleasantly surprised with the outcome. 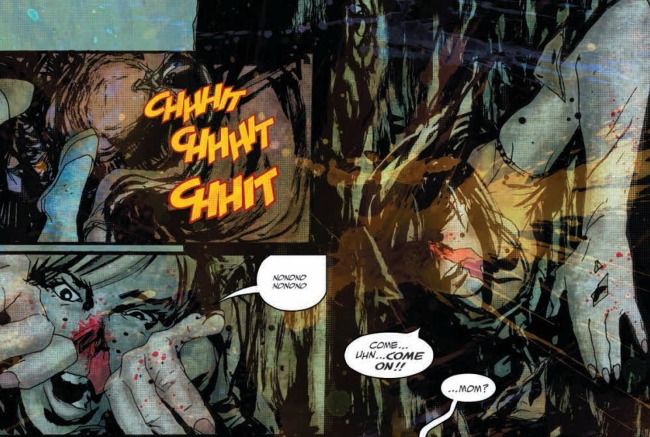 I think, had I looked up other people’s opinions before hand, I would have been jaded and less open to the detailed genius that I read. Because, when it comes down to it, it’s really all about the details. And, there are a lot of details in this graphic novel. Remember when I said I had to read it thoroughly for a few days? That was me reading and rereading to see what I missed. Hint: I missed quite a few things that were glaringly obvious after the second time around.

The story follows the Rooks family as they move to a BFE town in woodsy, remote New Hampshire. WOODSY, REMOTE NEW HAMPSHIRE. If that doesn’t set off alarms already, then I don’t know what would. The family was running from an “accident” that occurred involving their teenage daughter in their old town. And, obviously they didn’t actually escape anywhere safe or you wouldn’t be reading this on MorbidlyBeautiful, would you? The ending is very open-ended, leading me to believe they’re looking to make a continuation. And, Dear Ash’s Boomstick, I really really really hope they do!

I don’t want to give away too much of the story, so all I will say is if you like loud, intense art and really clever story twists, I would definitely recommend running to your local comic shop and saving some space on your shelf for Wytches. It’s really worth a read or two. Or five. Just keep opening it up, and you’ll find something new each time.

If you have any suggestions on what I should read, watch, or play next, please leave comments below or send them to me on Twitter @kryhs!

Follow my YouTube channel to see sneak peeks of what I might be reviewing next… and stay tuned for some really cool giveaways we have planned!

Thank you so much for reading and have a bloody bitchin’ day!