Though a little uneven, “We Summon the Darkness” lovingly honors metal culture and features strong performances and comedic chops from its female leads. 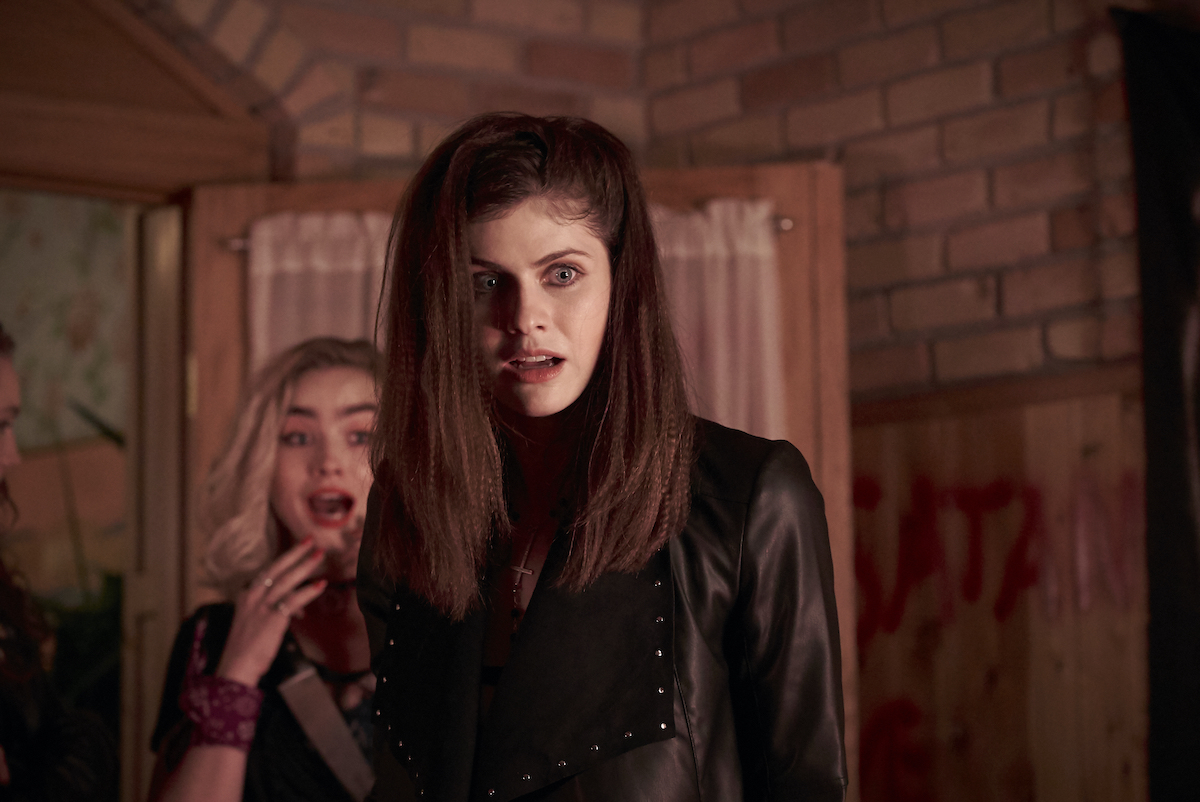 Remember the days when horror movies were fun, violent, teen-oriented, and just a little cynical?

We Summon the Darkness — though  it takes place in 1988 — can be viewed as essentially a stylistic revival of the slick irreverent ensemble-slasher hits from the late 90s, in the vein of Scream (1996) or Idle Hands (1999).

The film stars Alexandra Daddario, Maddie Hasson, and Amy Forsyth as three smart-mouthed, heavy metal chicks on a road trip to see a band called Soldiers of Satan. Meanwhile, a few strategically placed radio and TV clips in the background tell us how a Satanic cult is terrorizing the country with a series of grizzly ritualistic murders, while televangelists (namely Johnny Knoxville as pastor John Henry Butler) warn against the dangers of evil rock music trying to corrupt young souls.

Once at the concert, the girls encounter three Soldiers of Satan fanboys (Keean Johnson, Logan Miller, and Austin Swift) who had previously antagonized them by throwing a milkshake at their car.  After the guys awkwardly try to impress them with their smooth moves and metal knowledge, the gang decides to have a post-show party at Alexis’ (Daddario) parents’ mansion nearby. Unfortunately, the group should have paid more mind to Pastor John Henry Butler’s dire warnings, because little do they know there are a few real soldiers of evil around who have some big plans in store for them.

I always go into movies about heavy metal culture with some sensitive skepticism. 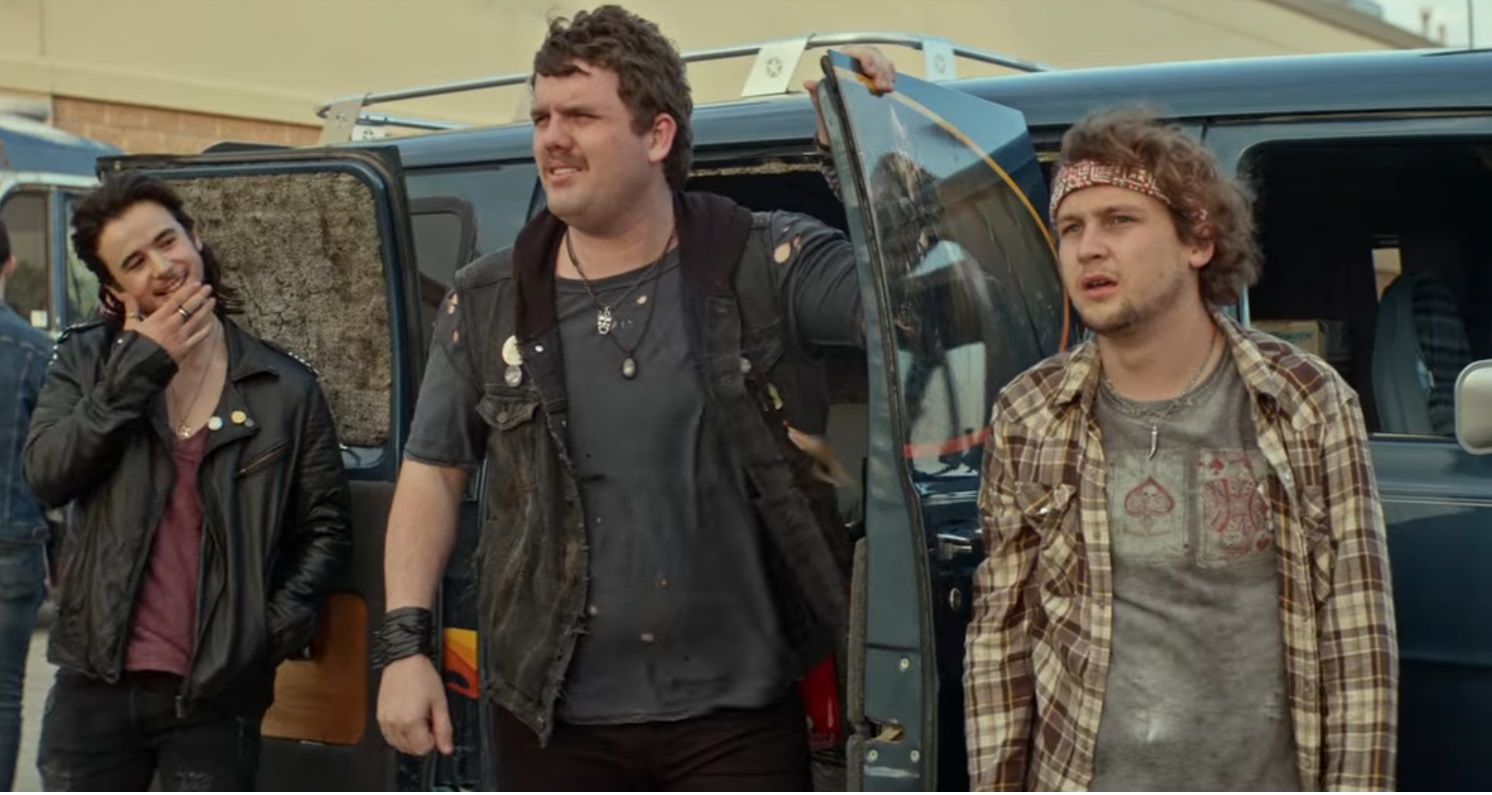 Horror movies in the past have occasionally used it as a lazy plot device to indicate that someone is troubled. Other times, it devolves into an ultra male-centric fantasy about corrupting hot cheerleaders to the dark side (see 2015’s Deathgasm).

I have to give We Summon the Darkness props on multiple fronts, not only for a refreshing and decently authentic depiction of the metal community, but also because it actually has something of consequence to say.

I can’t attest for the movie’s accuracy regarding the 1980’s metal scene (I was still in diapers at the time), but the film passes its metal cred test with flying colors. Like most metalheads over the decades, I hate to admit that I’ve have had conversations almost identical to some of the dialogue in the film about Cliff Burton and Dave Mustaine (developing an opinion on Metallica’s lineup changes is basically a rite of passage).

The film also alludes to a tragic piece of metal history that tugs on the heartstrings of fans around the country, and which gives the film some unexpected gravitas. 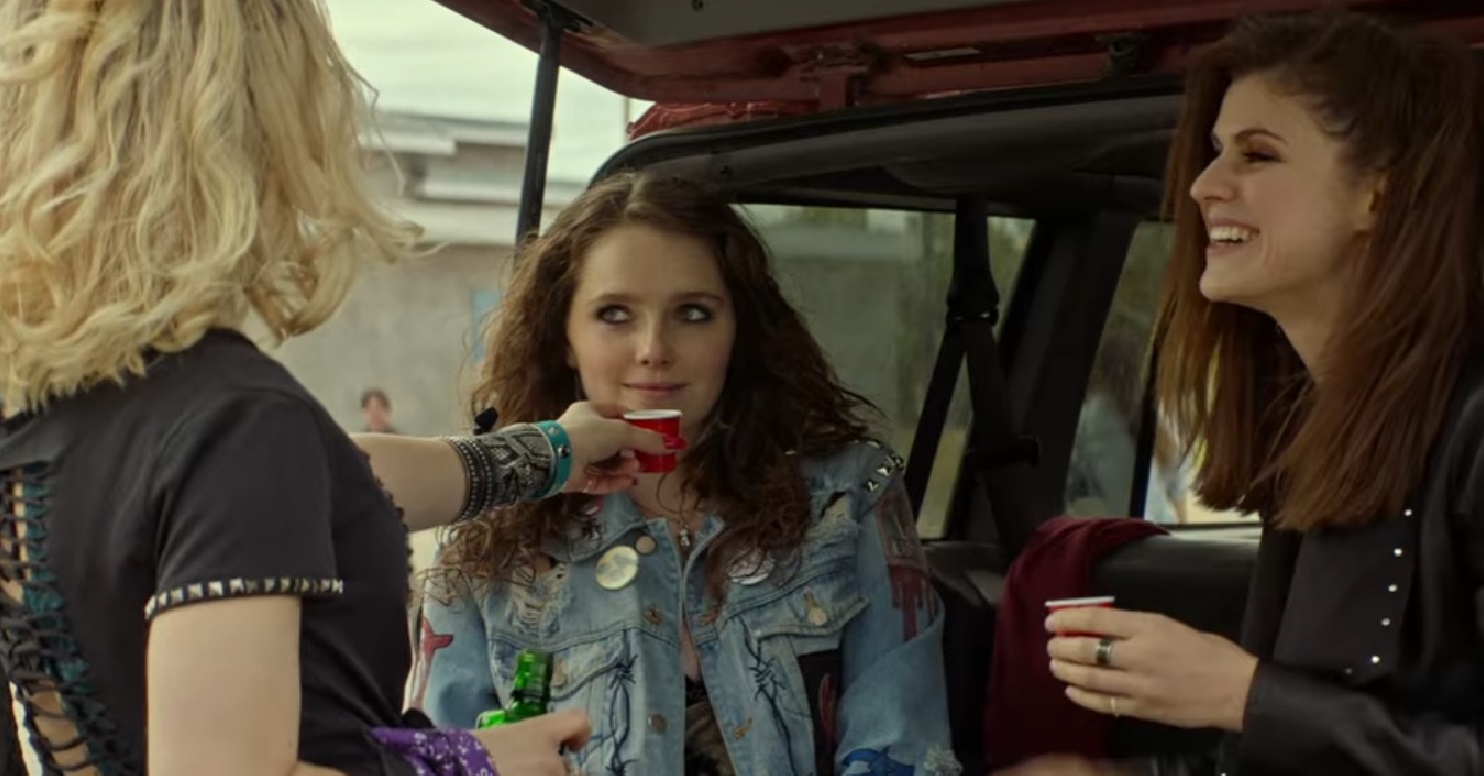 The Satanic Panic of the late 1980s and early 1990s destroyed a lot of innocent people’s lives, but possibly the most infamous example is the 1993 case of the West Memphis Three, when three teenagers who were outsiders in their southern Alabama community were accused and convicted of the ritualistic “Satanic” murder of three children, based solely on the way they dressed and the music they listened to.

We Summon the Darkness’ mission is to expose the real victims of Satanism, the people who have been wrongly accused of horrible things in the name of devil worship, pulled into a literal modern-day witch hunt driven by self-righteous zealotry and ignorance. Indeed, the majority of those accused probably didn’t even believe in the devil as an actual entity.  As Johnson’s character, Mark, points out in the film, those who embrace Satanic symbolism do so as a means of expressing defiance against the hypocrisy of mainstream religion.

The film is a celebration of the free spirited self-expression and empowerment that has always defined heavy metal subculture, and embraces the moral code that is hard for many outsiders to understand when they see black-clad rebels throwing up the horns.

Director Marc Meyers clearly has a soft spot for the genre and its followers, and he treats his characters accordingly with a sentimental fondness. 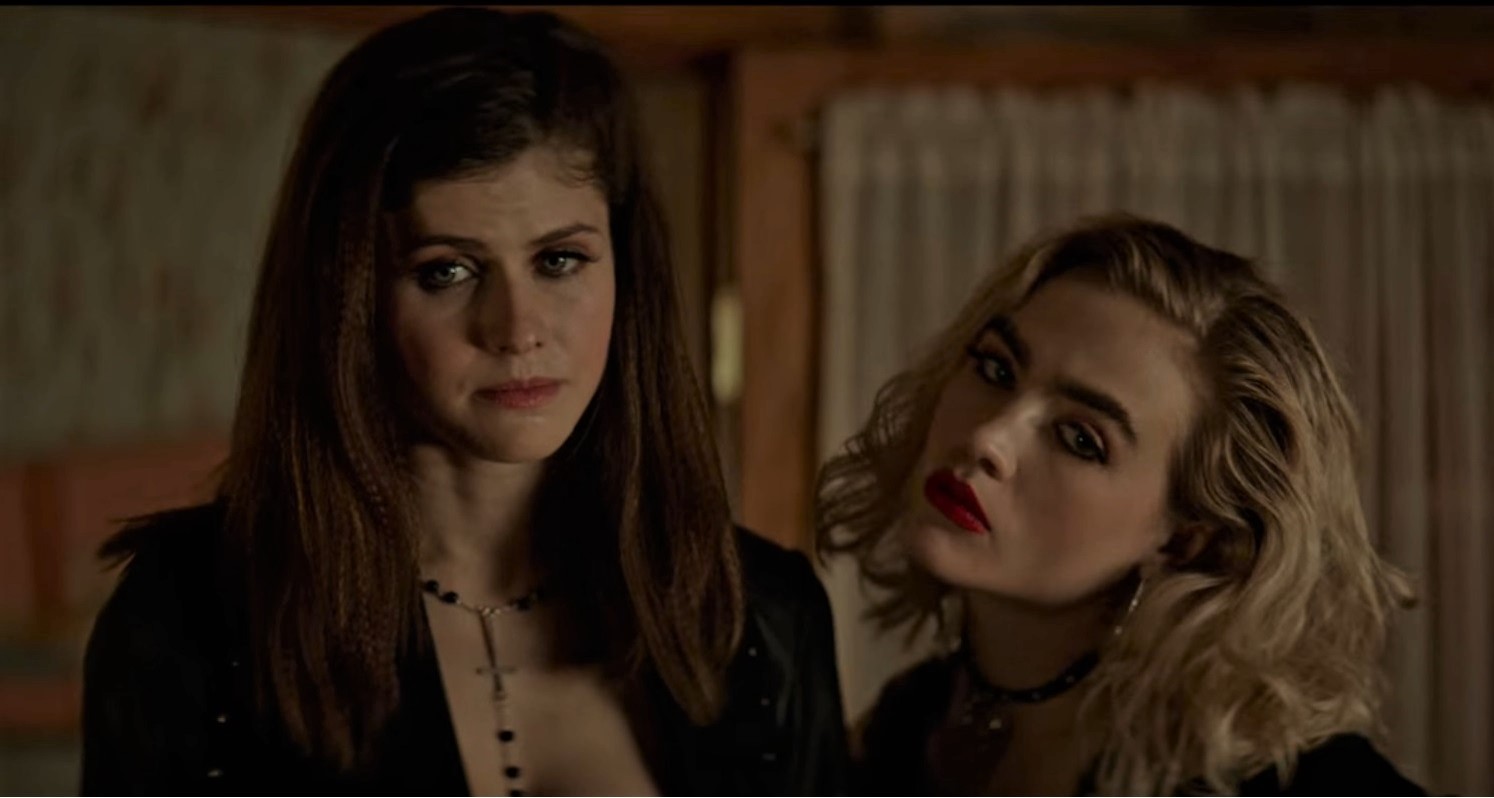 The film overall is a fun ride, though there is a distinctive tipping point at which the rest of the movie becomes entirely predictable.

It starts off as somewhat of a dark comedy, but treads a little too far into seriousness territory at the end. Johnny Knoxville’s appearance could have come with some welcome comic relief, but he’s playing against character and doesn’t bring much to the role. (I love Knoxville, but he’s still too goofy and sweet to convincingly play fire and brimstone.)

In fact, the majority of the humor is refreshingly driven by the female characters, namely Daddario and Hasson, who both exude an over-the-top charisma from start to finish.

It’s the first time I’ve felt like I’m watching Daddario actually perform as a bona fide actress, and not just a pair of big plunking blue eyes pouting into the camera. As Alexis, she embodies a vibe almost reminiscent of The Craft‘s Fairuza Balk, which kind of makes me feel like we’ve been robbed of a new generation’s offbeat female icon up until this point. I can only hope she keeps getting offered more roles like this.

Whether you’re a metalhead or just in the mood for of a good throwback slasher flick, the movie is worth checking out — and probably pairs well with some pizza and beer on a lazy fall night.

Check out We Summon the Darkness for free on Netflix or rent it on Amazon Prime.