A little-known gem from the 90s, “Last Gasp”, with its solid story and serious star power, is well worth its recent VinSyn resurrection. 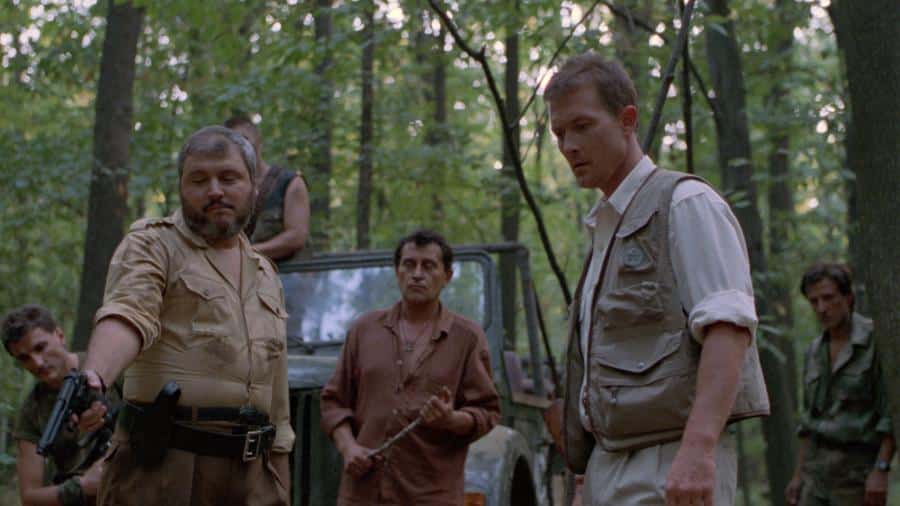 Real estate and construction mogul, Leslie Chase (Robert Patrick) is frustrated at site slowdowns for his deluxe resort construction in Mexico. A local, primitive tribe is hunting down his workers, murdering them, and displaying them in a form of ritual sacrifice. Chase can go try and cut through the local bureaucracy or take matters into his own hands. Deciding to go the most expedient route, Chase hires a team of thugs to hunt down and shoot the tribe members. He kills the tribal leader himself, who, with his dying breath, leaves something for Chase.

Skip ahead six years, and Chase is a successful construction magnate. He’s updated his style to emulate the Wall Street version of Michael Douglas, and he’s gone from driving a beaten-up jeep to a sleek sports car.  But something other than success has followed Chase, and it’s forced him to embark on a killing spree against his will — leaving behind a number of bodies splayed out in the ritual style of the primitives he slaughtered.

Undeterred by the lack of interest in her husband’s apparent missing persons case, Nora continues the search on her own. Her investigations will soon lead her to a trail of bodies and Leslie Chase. Up against a supernatural serial killer, corporate America, and authorities siding with rich white men, it places Nora at impossible odds.

Last Gasp was a surprise to me. 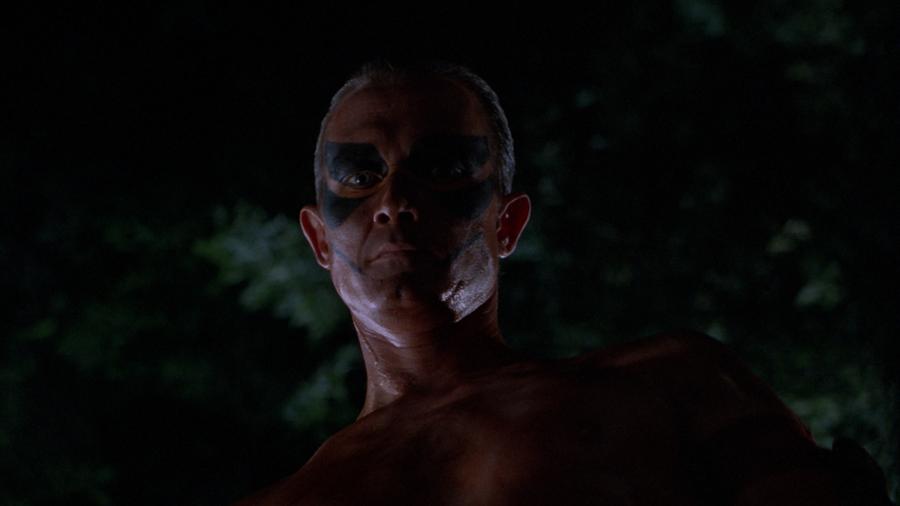 I don’t think I had heard of this straight-to-video movie. Though it features a well-known star in Robert Patrick and a popular 1990s actress in Joanna Pacula, this solid slasher/erotic thriller somehow slid under the radar.

For horror fans, there are plenty of scenes of highly effective gore and blood effects. Fans of late-night cable thrillers will find all the hallmarks that define these types of movies. Genre actors, a well-paced story, softly lit love scenes with the camera slowly and lovingly exploring the lovers’ bodies with a sappy pop-rock love song playing over it all.

Last Gasp is, overall, a very solid movie that owes a little to the Lou Diamond Phillips starring movie, The First Power. While there is no mystery for viewers to solve, as what’s happening is laid out early on, the story itself is satisfying. Robert Patrick and Joanna Pacula shine in their roles, and fans will enjoy their performances. Patrick, in particular, channels some of his Terminator 2 performance into this movie when he’s portraying the possessed Chase. The ending is telegraphed, but it’s an ending that’s earned and completely satisfying.

The special features are slim on this release. There are about 15 minutes of extended outtakes. There is, to my great joy, a trailer. The best special feature for this release is the 4K restoration of this movie. The picture is pristine, and the colors really pop off the screen, highlighting the outstanding gore effects and makeup on Robert Patrick. 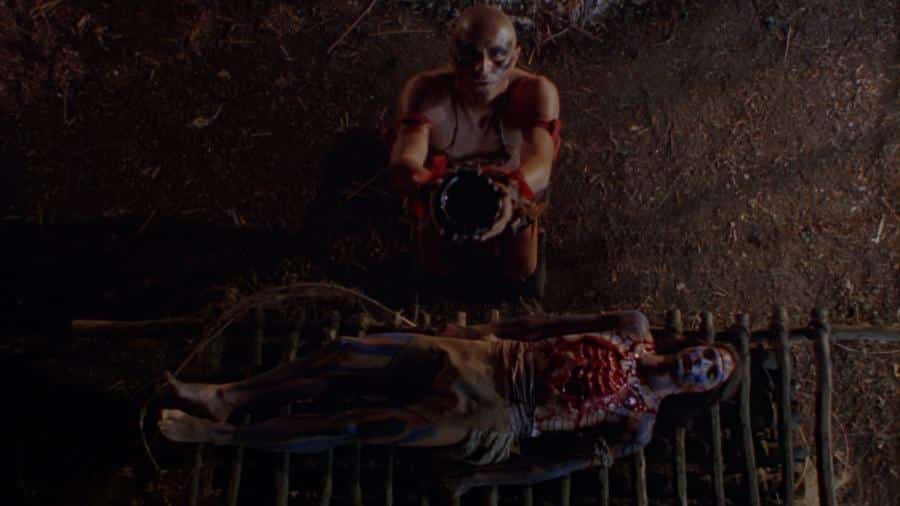 Last Gasp is a solid thriller/slasher movie with strong lead performances by Robert Patrick and Joanna Pacula. Vinegar Syndrome has, as they always seem to do, done an amazing job resurrecting a lost gem of the 1990s straight-to-video era of movies, 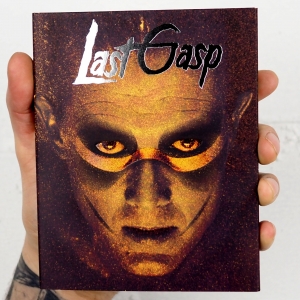