Larisa Oleynik steals the show in “Animal Among Us”, a fun and entertaining throwback slasher boasting interesting characters and a story with depth.

A young woman is crying on her hands and knees, looking afraid and roughed up in the middle of a trashed campsite. A giant, dark monster leaps down onto the screen behind her, landing with a dreadful THUMP. The film then cuts to Roland (Christian Oliver), a college professor whose writing career is on the slide. Roland has stayed somewhat name relevant only because of the best selling book he wrote about some brutal, unsolved murders from 15 years ago at Merrymaker Campground, the very campground where a fresh attack just happened in the opening scene.

With the set up in place, Animal Among Us unfolds as part slasher flick, part monster movie, part psychological thriller, and even a little family drama just to twist that multi-pronged story in a little deeper. The result is a ridiculously fun movie with just enough serious twists to give it a little oomph, including a fuck you to cheating husbands everywhere (here’s looking at you, Roland). Don’t worry, that’s not a spoiler, it’s revealed pretty early on. 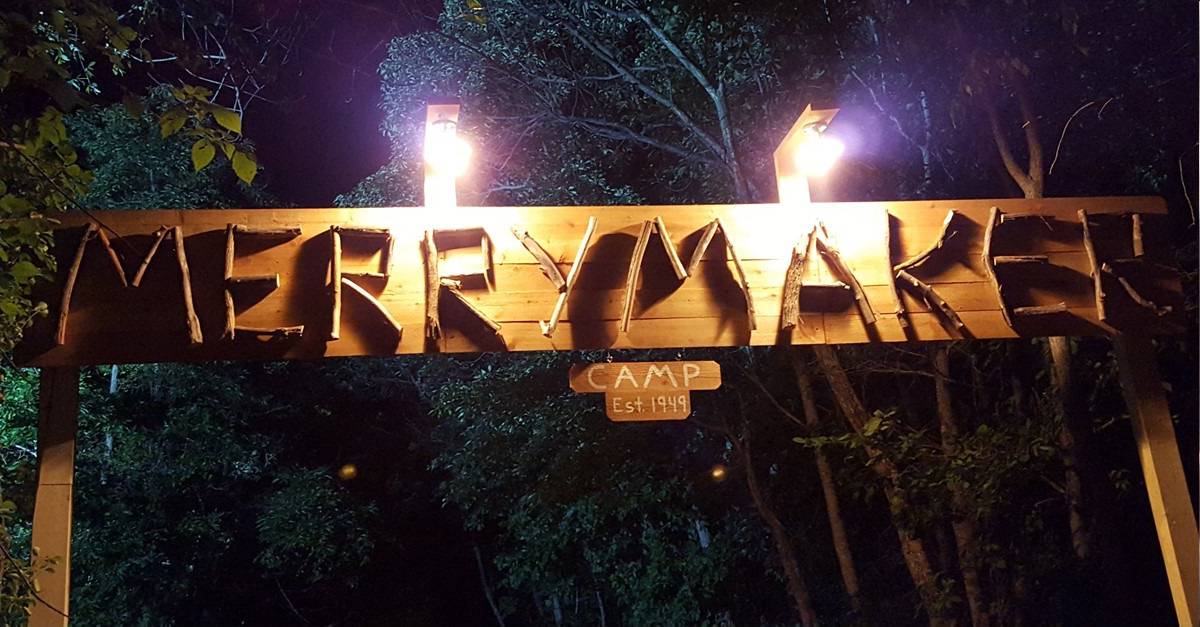 Animal Among Us nails the look and feel of a classic slasher movie and is also subtly very funny at times.

One male blogger doing research on the legendary monster of Merrymaker Campground, a bigfoot that he dubs SirSquatch, is even wearing short, 1980’s style gym shorts in a little nod to classic camp slashers like Sleepaway Camp.

There’s just enough glimpses of the monster and bloody kills to keep viewers interested in the murderous beast, while at the same time opening the lives of the characters by showing their dark sides and vulnerability, and adding depth to the story.

But where Animal Among Us succeeds the most where other films like this fall short is it gets solid performances from its cast portraying interesting and fun characters.

Larisa Oleynik is razor sharp here, playful when she wants to be, and no nonsense when she needs to be. She plays her character Anita with wonderful awareness, hinting at something hidden below the surface, simultaneously pulling the viewer in and pushing them away. This is the distant yet charismatic ability Oleynik has possessed her whole career, and it serves her character and the film well.

Oleynik also has a strong chemistry with Christine Donlon (who plays Penelope, Anita’s sister), and the two actresses play well off each other as the polar opposite sisters whose family owns Merrymaker Campground. Their interactions with the visiting Roland, who came to check out the latest killings, are also devilishly fun to watch.

I was really surprised by how layered the characters were and how entertained I was by Animal Among Us.

While remaining playful, the film explores the dark pasts of the family that owns Merrymaker Campground as well as the secretive present of Roland. It’s a twisty-turny kind of movie that manages to successfully tie several storylines together while opening new ones along the way.

Animal Among Us is a solid slasher mystery with impressive work from Larisa Oleynik, and it’s definitely worth a watch.

Want a second opinion? Click here for an alternate take on Animal Among Us.