Posted by:
Tags:  Australian horror based on a book Berlin Syndrome psycho-sexual

Nicely shot and brilliantly directed, with solid performances from the two leads, “Berlin Syndrome” is a bleak and tense, must see Aussie horror film. 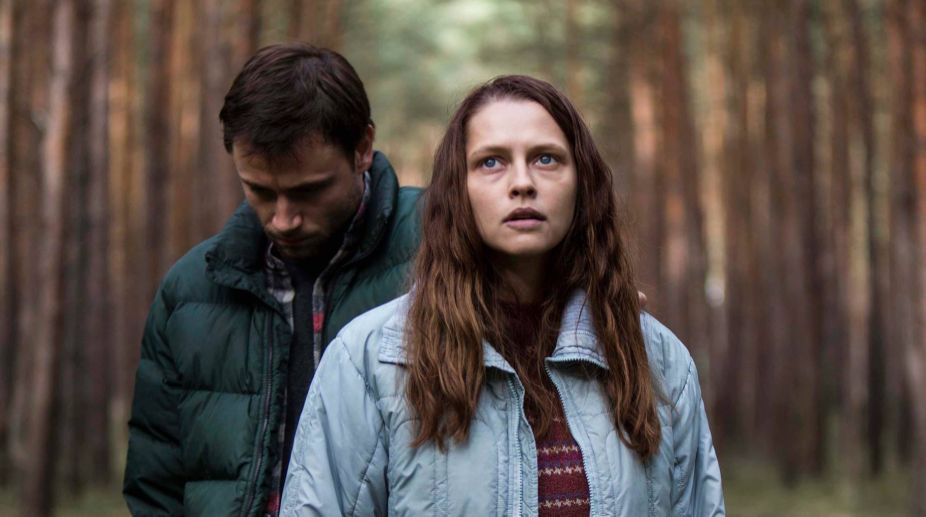 I’ve been intrigued by Australian horror/thriller output of the last 15 years or so for several reasons. Among those are the bleak outlook that’s often presented, the oft-muted color palettes chosen, the unusually realistic subject matters, and the sheer depths of human brutality that are frequently portrayed.

Based on a novel of the same name by Melanie Joosten, the story is a simple enough one, and certainly not very original.

A young, vulnerable female back-packer (Teresa Palmer, Lights Out, Hacksaw Ridge) from Australia travels to Berlin. Her aim is to photograph old DDR architecture for a book she intends to publish. She’s shy and traveling alone. And Palmer plays her with a naivety and vulnerability that makes you worry for her right from the get-go. She has a brief encounter with some other back-packing types in the building where she’s staying. But there’s no real bonds formed, and this is perfectly orchestrated, leaving her the last person standing at the party. She’s sad at not having taken advantage of her opportunity to forge meaningful friendships. And she finds herself very much alone in a strange city.

However, the scene ends with her displaying her true nature, enraptured by the sunrise. This seemingly reinforces her ultimate goal for visiting Germany. We’re then given an insight into her slightly prudish and cautious nature in the girl’s locker room, where’s she’s much more conservative about bearing all than those around her.

It’s a master stroke of storytelling, which is not out of place in this wonderfully layered story. 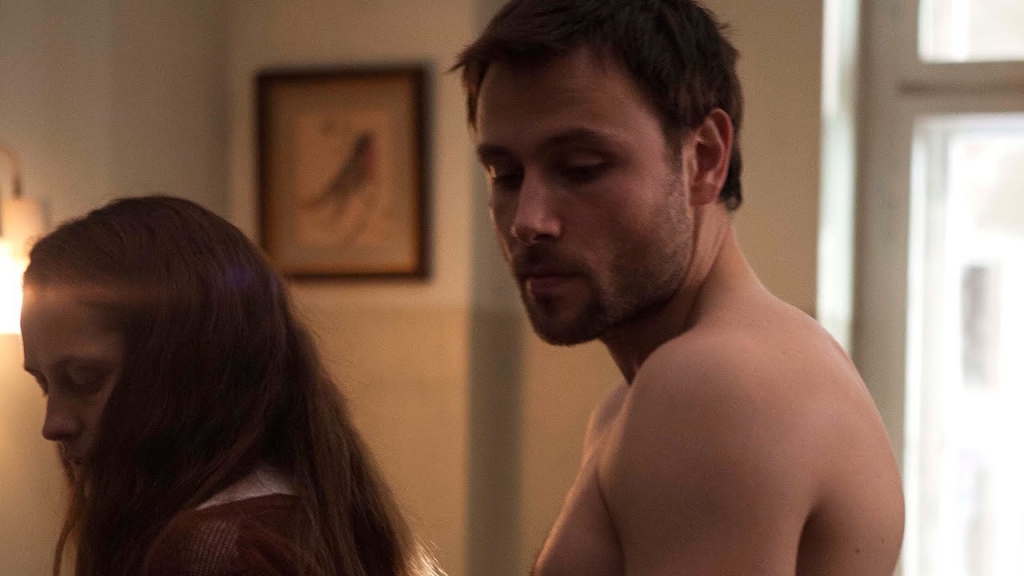 As Clare (Palmber) wanders through the city, she has a chance meeting (or is it?) with Andi (Max Riemelt, The Wave). He’s a charming, handsome and philosophical German who teaches literature at a high school. There’s an unease about their mutual attraction that’s difficult to describe. It’s not so much an animalistic lust as a meeting of two seemingly gentle souls. Clare explains to Andi that she’s in Germany because she wants to have a “life experience” – something she craves and feels that all of her contemporaries are party to. But that experience is going to be something more twisted than she wants.

After sharing a night of passion at Andi’s desolate apartment in a secluded building in a deserted part of town, their pillow talk leads to them both saying they wished it could last forever. But this is hideously misconstrued by Andi. He leaves for work the next morning, leaving Clare in the apartment. She realizes she’s locked in, and he hasn’t left the key. When he arrives home, he brushes this off as an honest mistake. They again share a cozy night together, before the same thing happens the next day.

It’s at this point that Clare has the awful realization of what’s happening to her. She is being held captive by an obsessed man, with no way out of the apartment. And because of the location of the apartment and the security measures in places, she has no chance of escape.

What follows is a hard to watch series of events and emotional abuse for Clare over a sustained period of time. 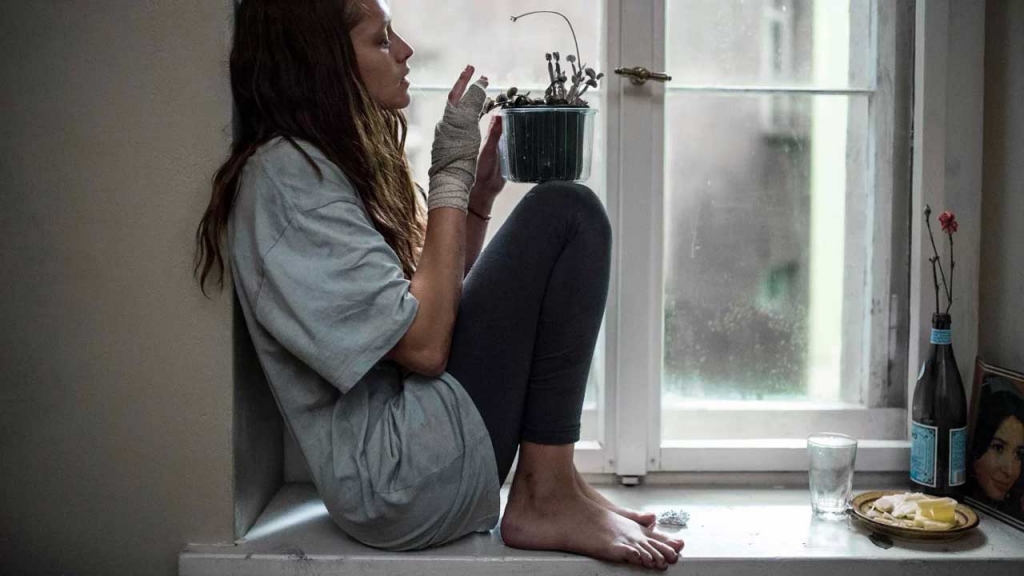 The story weaves brilliantly, always rewarding the intelligent viewer with snippets of information about Andi’s reasons for doing what he’s doing (both in his own mind and in reality). It also explores Clare’s emotional turmoil as her mind disintegrates and she begins to actually crave the physical attention of her captor.

There’s a wonderful analogy presented by Andi to his English literature class relating to characters in a book. One of them is caught up in the overall story and the other, while sharing the same narrative, is hung up on the minutiae of their situation because of a limited brushstroke of perception.

Needless to say, the events unfold with butt-clenching tension. 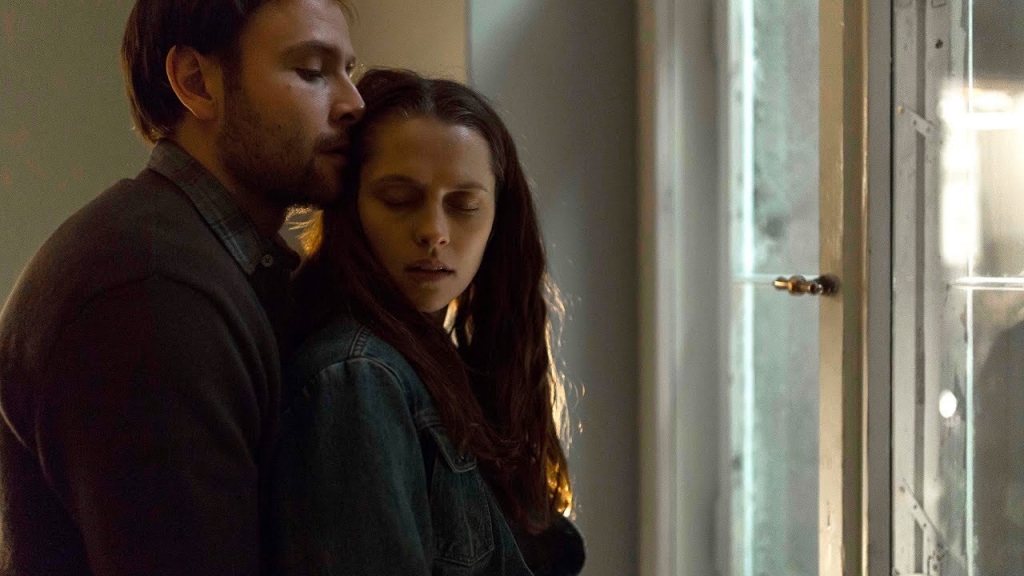 Clare has one or two opportunities to make her escape, which are either unsuccessful or unfulfilled because of fear. And what follows is a disturbing portrait of the situation, which anyone who’s ever traveled alone and felt uncomfortable at certain times has experienced.

While the ending isn’t quite as bleak as some Aussie horror (it’s a little more neatly wrapped up than most), watching this film still made me feel relatively empty in terms of the outlook presented. For me, that’s a good thing! I appreciate gritty realism and quality filmmaking. And if that’s your bag, too, then I can highly recommend this title.