In spite of its overly involved plot lines and a bit of a language barrier, “Christmas Blood” is a fun and very bloody Christmas slasher worth checking out. 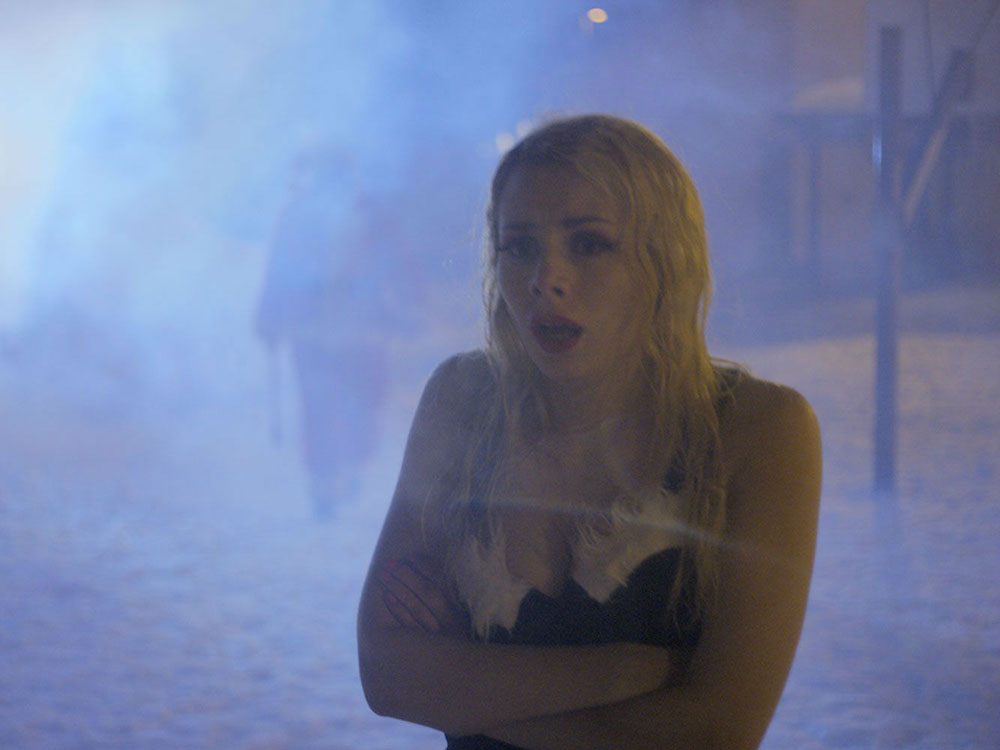 The film follows the escape of a notorious serial killer who dawns the traditional Santa suit while wielding an axe, as he stalks a small Norwegian town on Christmas Eve. This is intermixed with a story about local who asks her four best friends from College to fly into her village, to support her during the holidays after recently losing her mother to cancer. What she doesn’t know is that the same man who originally killer her father one Christmas Eve has escaped and is now out seeking his revenge.

The film opens with a lengthy overview of the notorious Christmas Eve killings, beginning in Stavenger in 1998, where six people are found dead in a single apartment. 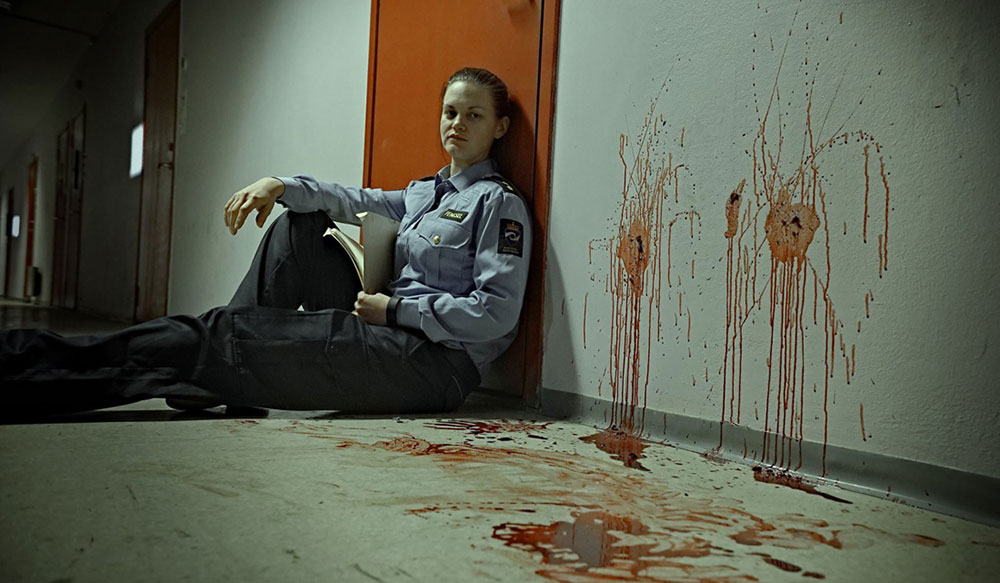 One of the victims in particular was found with a list shoved into his mouth — a list containing 324 names of men and women from small villages all across Norway. Although police could find no connection between the victims found in the apartment, all six had previously appeared on the news for committing various petty crimes.

Fast forward one year later, and 121 of the names on Santa’s list are now dead. The latest gruesome discovery is made on Christmas Eve of 1999, where five more people were found murdered in a detached home.

Years later, on the eve of Christmas in 2011, Detective Thomas Rasch finally catches and shoots the prolific killer five times, before putting a final bullet in his head. But you can blame the magic of the season on the fact that, somehow, good ol’ Saint Nick manages to survive.

Now in police custody, Santa sits in a single cell for 2,176 days — locked away from the public at a secret address. Here he spends his days in pure silence, until his escape on Christmas Eve 2016.

Early into the film, there are plenty of details to keep track of, as the viewer is taken through a series of three plots. This continues until you reach the film’s halfway point. At times, this can be narratively confusing. One moment, we are reliving Santa’s murders in 1998, 1999, and his initial capture in 2011. The next, we are in present day (2016), two nights before Christmas.

In the present time, three women arrive at Alta Airport on December 23, 2016, with the intention of meeting a fourth friend coming in off another flight. The girls plan to visit their friend Julie and spend the holiday season with her. It’s been six years since they have seen each other, after finishing school in Australia. But the death of Julie’s mother has prompted a holiday reunion.

The film follows the various shenanigans of the five young women, incredibly bored in this remote Norwegian town as Christmas Eve quickly approaches. The last thing Julie is expecting this holiday season is a visit from the notorious Santa Claus Killer — the man who brutally murdered her father and has returned to finish off the last little girl he left behind on that fateful night in 1999.

As the girls mix in some odd Tinder dates, drinking and games, they quickly realize that all may not be as silent and holy as it appears in this quiet, dark town.

Personally, this movie wouldn’t be a typical watch for me, as I found the switch between both English and Norwegian confusing (not to mention the ever changing plot line). But Christmas Blood does deliver a new holiday slasher for horror fans, which introduces the cultural holiday traditions of Norway. It’s also riddled with blood, as evil Santa stalks his victims.

Want a second opinion? Click here for an alternate take on Christmas Blood.