A mother is hiding a dark secret…

Getting a chance to watch all the horror shorts that played at LA Shriekfest this year is a blast. So many great new filmmakers and unique stories. The film, The Chute, by Jennifer Trudrung is one of those unique films. Super short at only 3 minutes, we see a grieving mom (Jennifer Trudrung) trying to go on with her life after something obviously bad has happened. While doing laundry, and dropping clothes down the laundry chute, our mom sees something in the basement. That’s all I’m gonna give you, as I don’t want to spoil it.

The film is very well done, good acting and the cinematography is great. There is a feeling of tension and sadness right down to the reveal. You truly feel worried for the mother and what is going to happen. 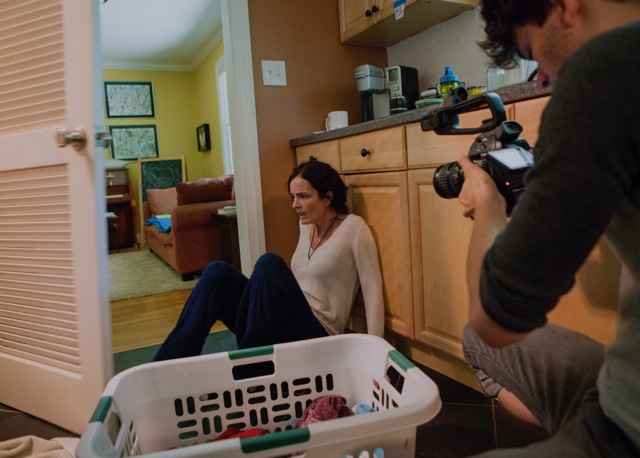 I talked to Jennifer about the film and her other projects to see what this actress/writer/filmmaker is all about.

Los Angeles Zombie Girl: What inspired you to do this film?

Jennifer Trudrung: “The story was inspired by the laundry chute I have in my house. I was home alone and just having one of those moments where I was dropping my laundry down the chute and thought…what if I saw something down there? Also, when we bought the house a neighbor told me that the older couple who owned the house before us had a daughter who was mentally ill and that she had lived in the basement for a few years. So, a cross breed of thoughts happened where I thought, ‘What if there was some deranged thing that lived in the basement that you would see while doing something as mundane as dropping laundry in the chute?’ And I like to include my daughter in my horror shorts, so I thought how creepy it would be to have her in the chute. After I wrote the short, my director and filmmaker friend Aidan Weaver said what he loved about horror was making it personal…not just having those jump out and scare moments.” 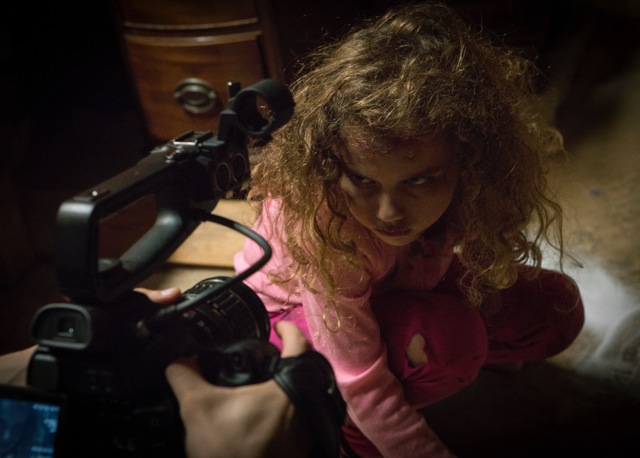 ZG: What is the film about for you?

JT: “To make a long story short, we took the short film to what I think is a terribly painful moment where the mother realizes her possessed daughter has escaped her ‘room’ and is loose in the basement, and the mother is going down to confront her. In my mind, the Mother realizes her daughter is going to destroy her at the end; She is taking her last stand.”

ZG: Tell me a little about making the film.

JT: “We shot the short film in about 3 hours at my house. Aidan Weaver is a student at the University of North Carolina School of the Arts, and this is the fourth short film we have worked on together. I have been acting professionally for three years, and my daughter is also an actor. I am also now a writer and an aspiring filmmaker.” 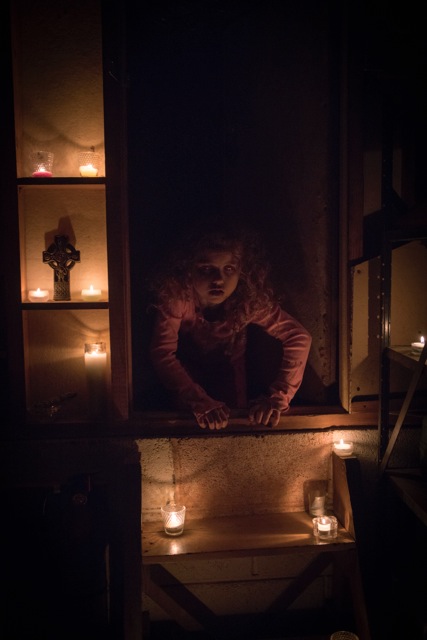 ZG: Do you have any other projects?

JT: “I also have two 15 second horror shorts, “Wake Up” and “Pet” in the 15 Second Horror Film Challenge. Those were part of the 15 Second Horror Film Challenge on Facebook. I will find out later this month if either of them (or both) have been picked in the top 20 shorts. My Vimeo page is under JenTru if anyone wants to see all my shorts. The first short I did was called “The Share”, a comedic short, and then I did “Reflection”, my first horror short. “Closet” was my second horror short. You can see them all on my Vimeo page.”

ZG: What’s next for The Chute?