How was that? Too much gurgling? So, should I moan more? I can totally do that. 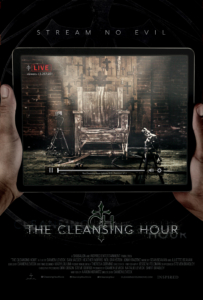 The Cleansing Hour just won Best Horror Short at LA Shriekfest and Atlanta Film Festivals. After watching this exciting horror short, I can see why. The production value is amazing; the clever and unique script by Aaron Horwitz is funny but also scary, the SFX realistic. It has great directing, acting, lighting, editing, sound design, sets — everything was as professional as you can get! I was literally on the edge of my seat, the whole time.

The Cleansing Hour has the perfect blend of levity, suspense, action and of course horror! In 16 minutes, I got more out of this, than I have many full-length features. 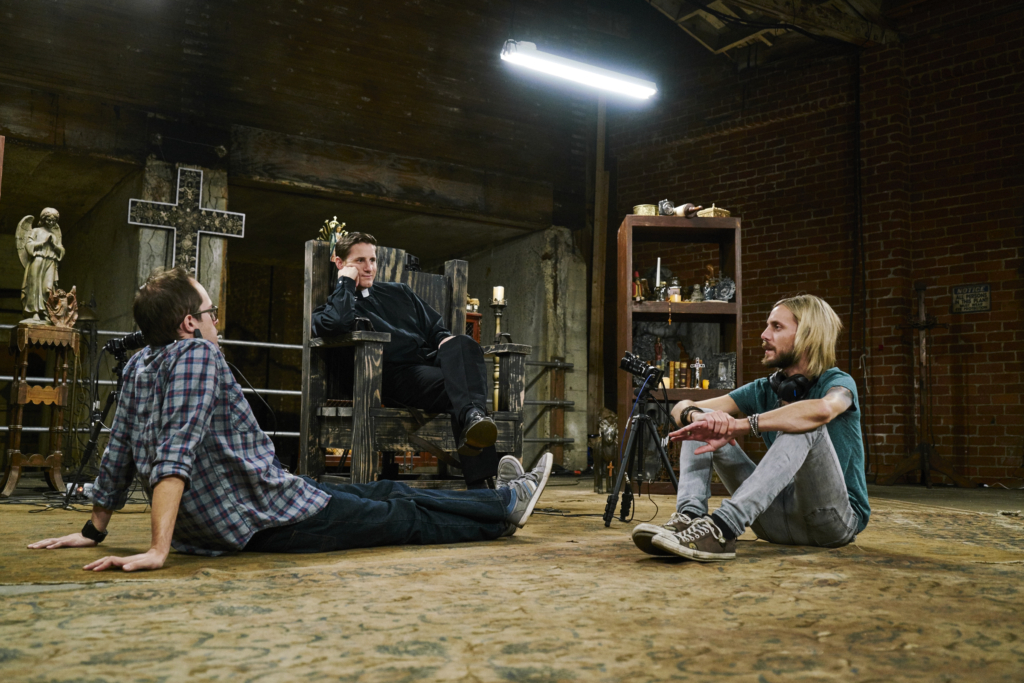 In The Cleansing Hour, we find two filmmakers who fail in making quality films — so what do they do? They start a webcast, just for the profit, but have no idea what the real cost will be. The show is a crazy success, and the final episode takes off and reaches upwards of 13 million viewers. Lance, played by Sam Jaeger (Parenthood) and Drew (Neil Grayston from Eureka) decide to have weekly “exorcisms” done live by the “famous Father Lance”… the perfect internet hoax. The exorcisms continue to garner millions of followers worldwide, each week, even though they are totally fake — until tonight, that is. On this episode, things become all too real. Throw in an exorcism bible from a yard sale, holy water and a real demon, and this “hoax” really brings in the internet viewers.

The Cleansing Hour is stunning and really fun to watch.

I especially enjoyed seeing Heather Morris (Glee) playing a small-time actress getting her big role as the “demon possessed” girl. Growling, gurgling, hair tossing and blood capsules inserted and ready! I blame the sound guy Braden (Jonny Radtke, Filter guitarist) who helps our possessed girl with her headset. The exorcism goes downhill from there. 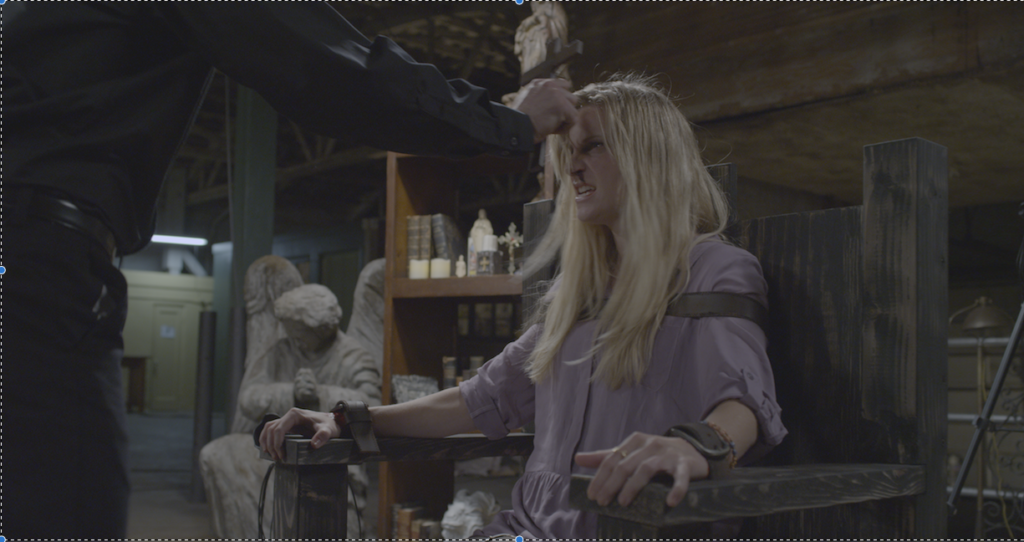 What was also a great touch is getting to know a few of the viewers and seeing the show from their perspective. We find out what happens to them, but there is still a lot left to our horror imaginations. All the small details in each scene were perfectly done, and the attention to detail significantly enhanced the quality of the overall viewing experience.

The directing/editing by Damien LeVeck was suspenseful and perfectly timed. Every second was used, no slow periods that we see in more amateur films.

“It’s imperative for me to create films that have a rich subtext that can spark conversations about important subjects”, shares LaVeck, “THE CLEANSING HOUR is no exception. The film’s audience actually becomes part of the film’s examination of the darker side of technology’s impact on society today.” 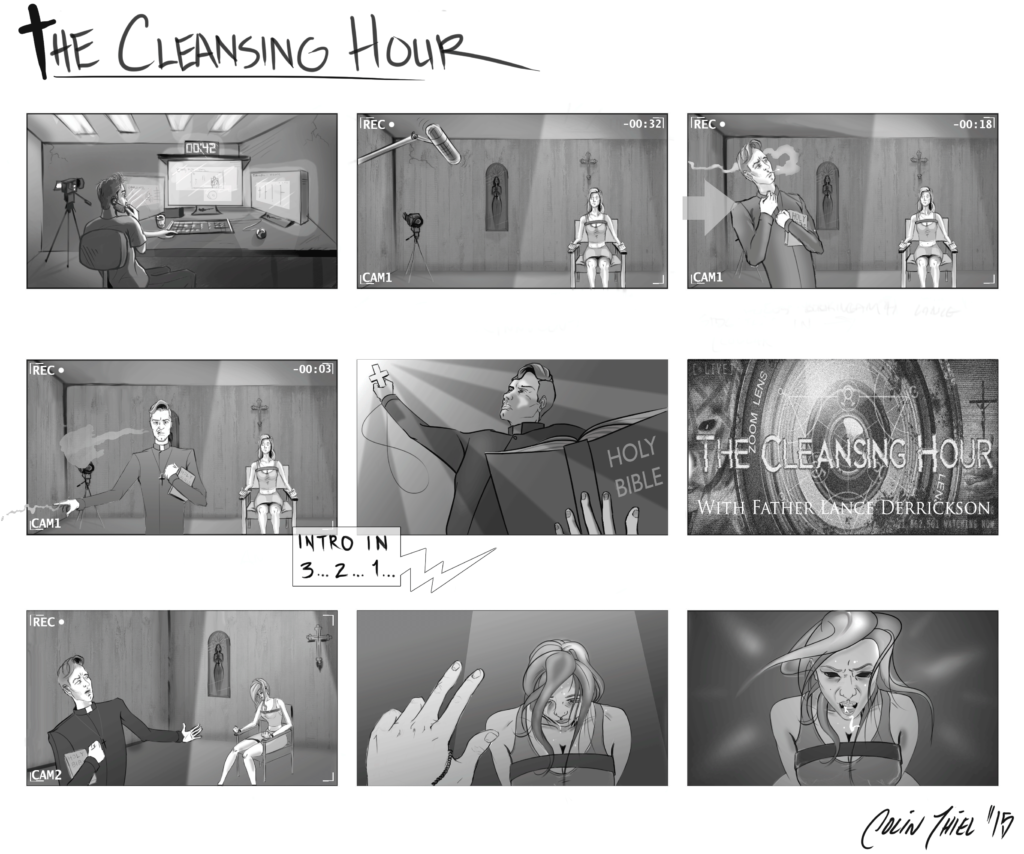 The Cleansing Hour continues to do the film festival circuits, so keep an eye out if it comes to a town near you (check the film’s website for screening news and updates). Rumor has it, the next step is turning The Cleansing Hour into a feature length film!

Want to support The Cleansing Hour?