“Dear Guest” is a chilling, well-executed, female-driven thriller that will make a short but satisfying addition to your Halloween watch list. 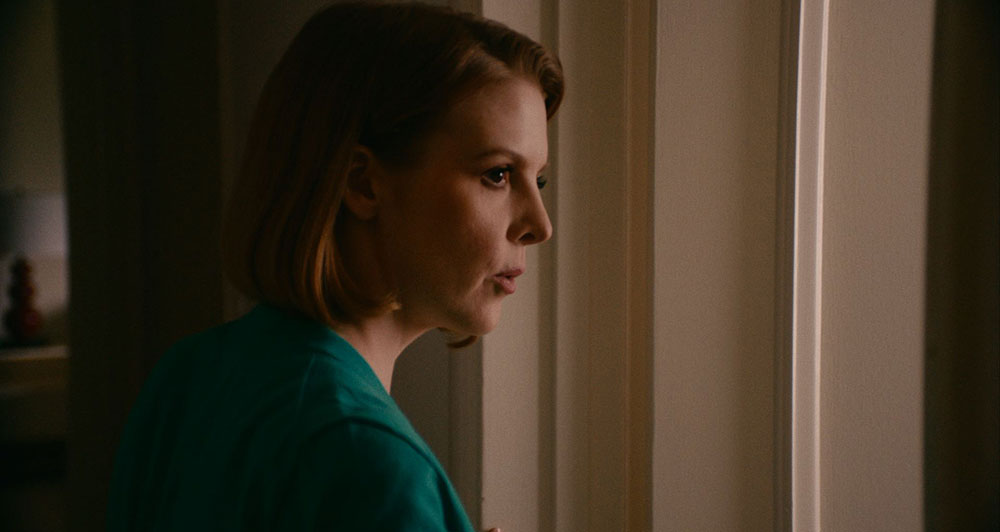 A couple of years ago, we fell in love with The Ice Cream Truck and have been huge fans of acclaimed writer and director Megan Freels Johnston ever since. Megan is known for bold female characters and equally bold twists. She made her feature directorial debut with Rebound in 2014. The micro-budget thriller instantly won over the horror community and has since developed a cult following. Her follow up film, The Ice Cream Truck, was widely hailed by critics and moviegoers alike.

When we heard the talented filmmaker was working on a short in between features, we couldn’t wait to check it out. Now the wait is over! Megan’s short Dear Guest is now available to stream on Vimeo on Demand just in time for Halloween (it will be streaming on YouTube and Amazon this weekend as well).

Dear Guest premiered at the Monaco International Film Festival earlier this year, where it drew comparisons to Hitchcock and The Twilight Zone.

This beautifully executed throwback horror short is the perfect bite-sized treat guaranteed to add a bit of extra sweetness to your seasonal horror movie marathon.

Maria (Ashley Bell, The Last Exorcism) and Jules (Noureen DeWulf) are a couple looking to reconnect and spend some quality time together. They’ve rented a swanky home via an Airbnb type app for a weekend getaway, and the film begins as the ladies pull up to the picturesque location. The owner isn’t there to greet them. In fact, they don’t even know who the owner is — identified only as Host 207 on the app. Instead, the mystery host has left a lockbox and a code to the front door.

Once inside, the ladies are immediately impressed by their posh surroundings. But a brief spat over Jules’ obsession with work almost threatens to put a damper on their relaxing getaway. However, Jules insists she doesn’t want to fight and quickly diffuses the situation. She leaves to change for a dip in the pool while Maria pours some wine. When Maria realizes she left her computer in the car, she goes to leave and discovers she can’t open the door, no matter how hard she tries.

She goes to get Jules’ help and starts to panic when she can’t find her anywhere. Soon, she discovers a notecard on the bedroom dresser addressed “Dear Guest”. Inside, she finds a disturbing poem indicating her partner is in danger, and it’s up to Maria to follow the clues to save her in time. It reminded me of the sinister way Tobin Bell’s character in Saw ominously informs his victims, “I want to play a game.”

After a slow-burning, atmospheric beginning, the latter half of the short is extremely tense and thrilling, with action moving at a frenzied pace. 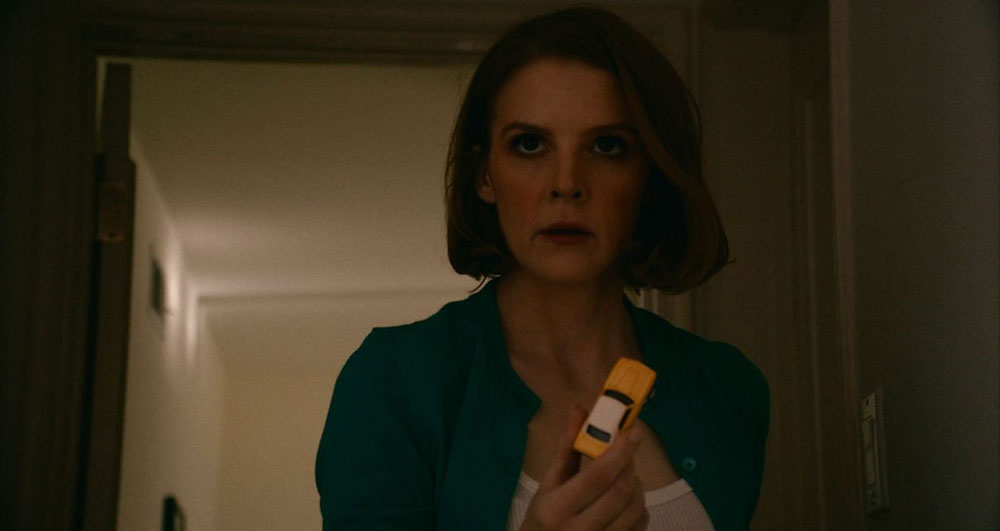 Freels Johnston delivers a compelling mystery, with cryptic clues written in verse on little white cards throughout the impossible to escape home. She makes effective use of the single location, while commanding stellar performances from her two leads; Bell and DeWulf are both captivating and believable. Strong production values and a sumptuous retro-style score enhance the viewing experience.

If the notion of having your life manipulated by some unseen force terrifies you (and why wouldn’t it?), Dear Guest is likely to leave a chilling impact. Though it’s only 11 minutes long, it packs a big punch into its short run time and delivers a heavy dose of fear. Most importantly, it’s more than satisfying while still leaving you hungry for me — the mark of a truly excellent short. My only complaint after watching was my desire for a fuller story and to find out what happens next. Fortunately, Freels Johnston has hinted this short could evolve into a feature, and I sincerely hope that’s the case.

Program a mini film festival by pairing this excellent short with a feature film.

If you haven’t seen it, we strongly recommend The Ice Cream Truck, streaming now for free on Prime, Hoopla, Vudu Free, and Tubi.

This gripping short would also pair nicely with Dave Franco’s The Rental, another terrifying tale of an Airbnb getaway gone horribly wrong. The Rental is available to rent on Amazon, Google Play, YouTube, Vudu, and the Playstation Store for $3.99 (or rent/buy it in HD on Directv, Amazon, and Vudu).