In honor of the theatrical release of The Purge: Election Year, the third installment of the successful franchise, this week’s movie theme is social-political horror films.

Horror movies are often critically dismissed and derided as pure entertainment fodder, lacking any real substance or true cinematic value. However, beneath the thrills and scares, many genre films contain meaningful subtext and relevant socio-political commentary. Directors often use horror as an allegory for what we most fear, using monsters and supernatural elements to represent even more terrifying real life horrors. In fact, many of your favorite horror films have deep political underpinnings and a social conscience often missed by audiences.

This week, we’ll be watching seven films (one movie a day) with important underlying messages about politics or society (including issues related to race, gender, culture, and consumerism). We encourage you to follow along with us and share your thoughts in the comments below. You’ll also find a list at the end of this post of the top ten additional films we recommend if you want to supplement your viewing experience. 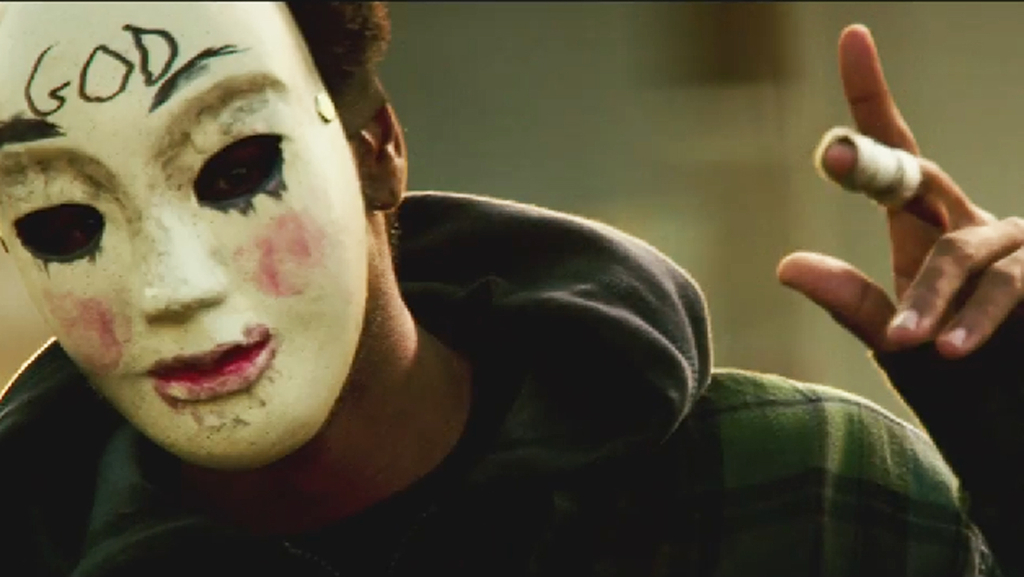 In 2013, The Purge, a small horror film made on a $3 million budget, surprised the movie industry by making almost $90 million at the box office. While the film definitely had genre appeal, it worked best as a political allegory about government response to a growing epidemic of violence. By providing a 12-hour no-holds-barred sanction on violence, the government hoped to eliminate violence the rest of the year. However, the free pass for criminal behavior ends up revealing troubling issues of racism and classism.

The Purge: Anarchy plays out in city streets, showing you how different types of people experience the annual Purge. The second film in the series dials up the social commentary, heavily emphasizing the impact of the Purge on the poor and disenfranchised. Based on Ray Nelson’s short story Eight O’Clock in the Morning, this science fiction/horror movie appears on the surface to be silly, campy fun about aliens taking over the world. Released shortly after the first George Bush took office (during the greed and decadence of the 80s), it’s actually a highly subversive film that forces viewers to question their world — doubling as allegory for the dominance of the world’s elite, the role of the media and the dangers of consumer culture.

The movie follows wrestler-actor Roddy Piper’s efforts to save humanity after he finds a pair of sunglasses that allow him to see things others can’t. What the glasses reveal is that hidden propaganda messages are being transmitted through mass media to anesthetize the population while the alien government takes over.

Wes Craven was actually a professor before he became an icon of horror filmmaking, so it’s no surprise that his films tend to reflect deeper social issues beneath the bloody and bone-chilling exterior. Craven’s first hit, The Last House on the Left, deals with a group of suburban people who torture, rape and kill a young woman before becoming the target of the girl’s grieving father.

The film shatters the façade of middle-class American and tackles issues of violence, asking the viewer to consider whether an “eye for an eye” justice is moral…whether combatting violence with more violence is justified. This film, along with The Hills Have Eyes, perfectly reflects the general anxiety and deep distrust of authority figures and institutions rampant during the Vietnam War. 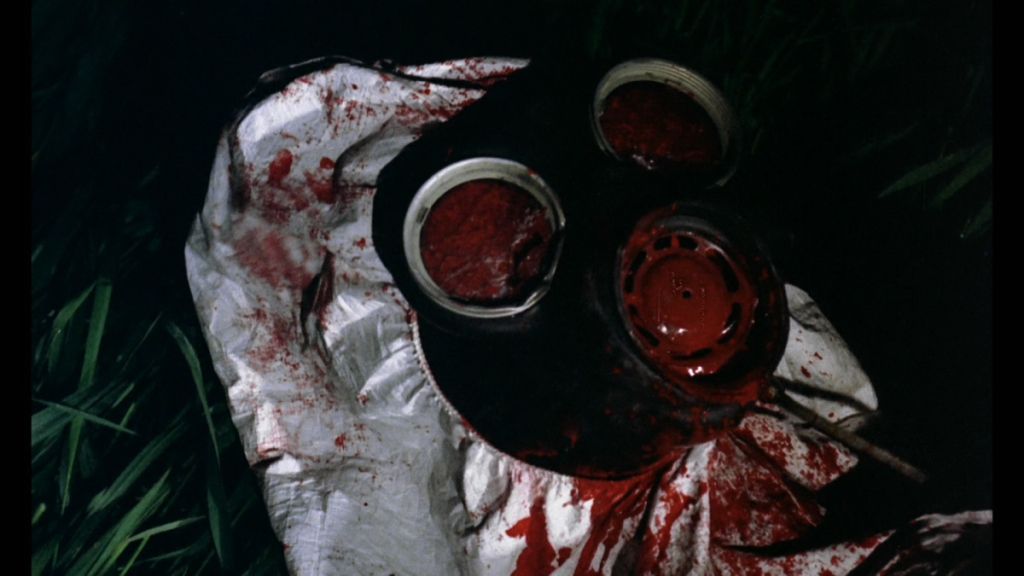 George Romero wrote and directed this film, infusing the script with his signature strong political undertones. In the movie, a military plane crashes in a small town in Iowa, unleashing a biological weapon that ravages residents with a mind-numbing illness. As the infection spreads, afflicted citizens become zombies and embark on enraged killing sprees. To make matters worse, the government decides to cover up its blunder by quarantining the town and murdering everyone (even the unaffected). An intelligent commentary on both the dangers of chemical warfare and the questionable honesty and ethics of the government, this film was the inspiration for movies like 28 Days Later and Quarantine. The film was also remade in 2010, with a script that remains fairly faithful to the original but with a bigger budget and a heavier dose of violence. 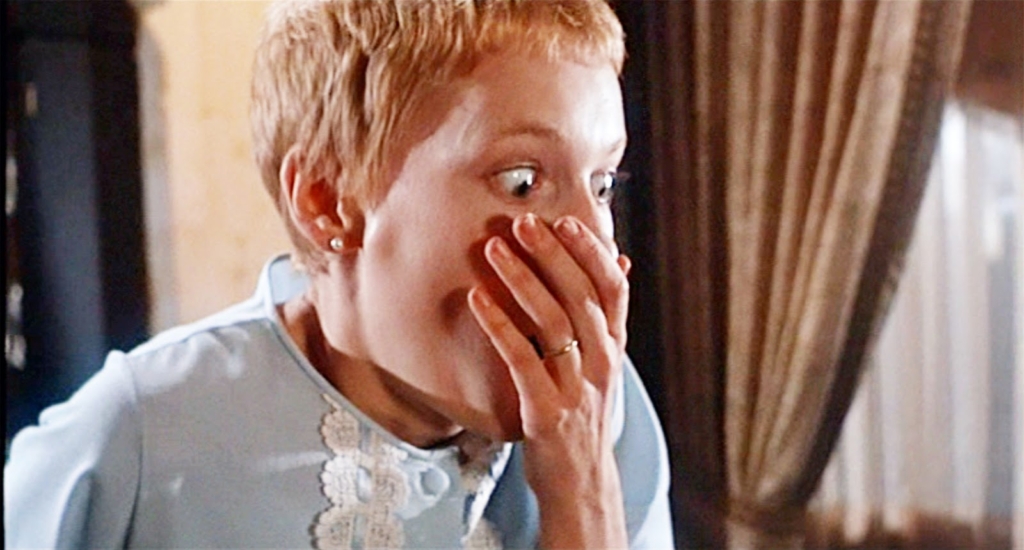 Rosemary’s Baby is the story of a pregnant woman (Mia Farrow) who gradually discovers that her husband has made a pact with a secret religious cult and that the true father of her baby is the Devil. But, dig a little deeper, and it’s actually a darkly subversive film about women’s health and feminism. Ironically, this film is hailed by most as the greatest work of talented filmmaker Roman Polanski, a man who pled guilty in 1977 to “unlawful intercourse” with a drugged 13-year-old girl.

Based on Ira Levin’s best-selling novel of the same name, the film is about a young ambitious couple eager to move into a well-to-do upper west side apartment. Their new, mostly elderly neighbors are part of a witch’s coven that convinces Rosemary’s husband to make a pact where he offers up his wife’s womb to the Devil in exchange for career advancement.

The film is most notable for its place in the history of women’s reproductive rights and its commentary on the treatment of women in a patriarchal society. Released shortly after the widespread availability of ‘the pill’ and only a few years before Roe v Wade, the film reflects the troubled political landscape of the time regarding women’s health and body autonomy issues. Yet, in many ways, it feels all too contemporary.

The most blatantly political film on our list is the timely third chapter of writer/director James DeMonaco’s Purge series. Election Year (which opens in theaters this Friday, July 1) revolves around the concept of the government legalizing all crime for 12 hours once a year. The theory is that allowing one night of complete mayhem will keep criminal behavior in check for the rest of the year. In the new film, a female senator (Elizabeth Mitchell) runs for the Oval Office on an anti-Purge platform. Expect plenty of metaphorical commentary about violence in society and the ways in which we combat it — a particularly topical and heavily debated issue in current politics. (Read our Election Year review.) 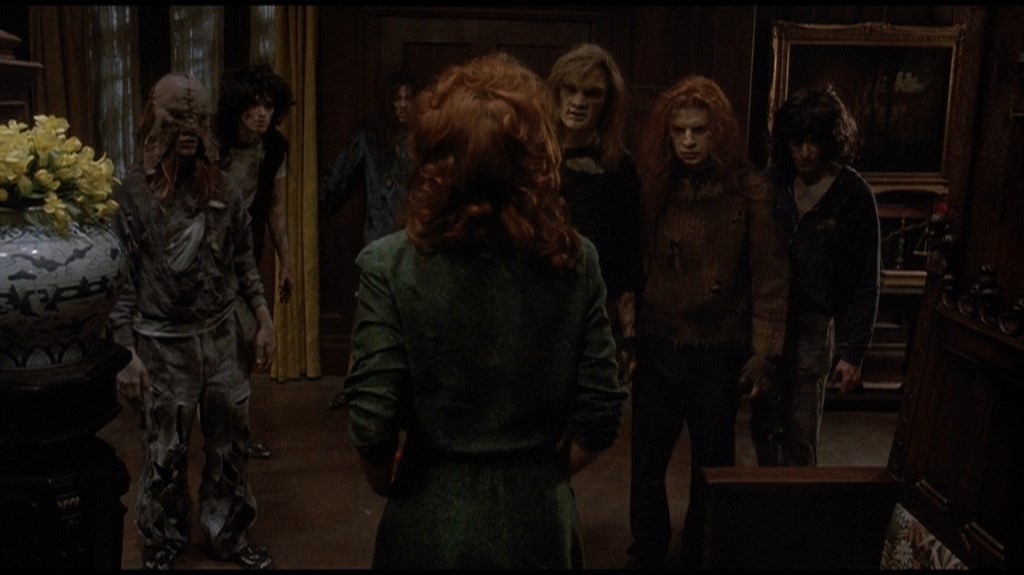 The People Under the Stairs is not Craven’s best film, but it is another great illustration of what made him such an important and enduring filmmaker. Besides being a great storyteller capable of making highly entertaining and terrifying genre films, Craven’s films tended to be about something important. In this case, we get an allegorical representation of the brutal societal iniquities and ever-growing gulf between the rich and the poor that widened considerably during the Reagan-Bush era.

The film takes place in an inner city ghetto ruled by The Robesons, a brother and sister pair who are the corrupt product of multi-generation incest and in-breeding. The two are brutal slumlords that keep armies of feral children hidden in the secret passages of a mansion that functions as a massive haunted house. The subtext in this film is not particularly subtle. It depicts capitalism as a ghoulish, nefarious force that brutally oppresses the starving and abused underclass. It further reflects the elite as not only greedy and amoral, but also inherently evil.

Below are our top ten recommendations for other films ripe with social-political commentary we think you may enjoy.