This week on Bloodhound Pix, we discuss the upcoming documentary “All Hail the Popcorn King” from Hansi Oppenheimer about legendary writer Joe R. Lansdale.

“All Hail the Popcorn King” is a tribute to and examination of the award-winning author and screenwriter, Joe R. Landsdale. It features interviews with Bruce Campbell, Joe Hill, Don Coscarelli, Mick Garris, and many others. We talk about our thoughts on the film and dive a little deeper with the film’s director, Hansi Oppenheimer. 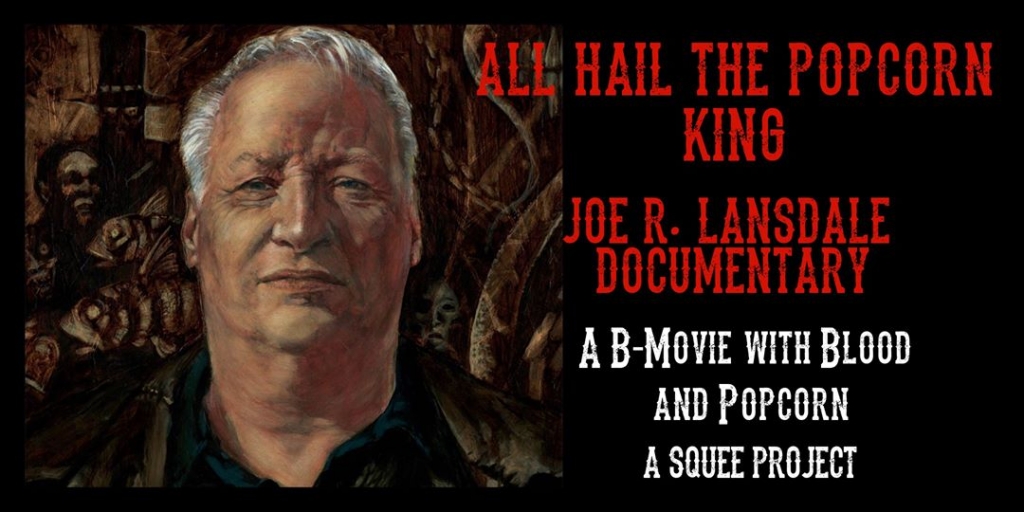 It’s the third Tuesday of the month! And that means Bloodhound Pix is releasing this month’s Screener Spotlight episode.

Bloodhound Pix began with three friends taking a unique approach to movie reviews by tackling them as a group, which would lead to much bickering and bonding over idiosyncratic tastes, creating our group dynamic, and plenty of opportunities that we have been honored to get. Even after our transition to the podcast, we still take time to return to our written reviews out of loyalty for what sparked it all. Since we are highlighting films that are at least a few years old through the podcast, this is our opportunity to discuss upcoming films that we had the opportunity to screen and give a more personal version of what we really thought of these films.

Craig and Kyle are privileged to chat with director, Hansi Oppenheimer about her last documentary on writer Joe R Lansdale called All Hail the Popcorn King. The duo learn about Hansi’s background and her work with fan documentaries, covering a slew of niche topics. The group discuss their love for Lansdale and why a documentary on his extensive work was so crucial, as he’s known for being one of the most inventive genre storytellers of our time.

However, despite the film being finished and earning rave reviews, Hansi dives deep into the struggles that come with making an independent documentary — and how, even with the right people promoting the film, it still faces several hurdles before reaching distribution.

You can follow Hansi, Lansdale, and All Hail the Popcorn King‘s progress at: