This hidden gem from ‘down under’ is an intense character study which illustrates the ill effects of loneliness and bullying on a fragile psyche. 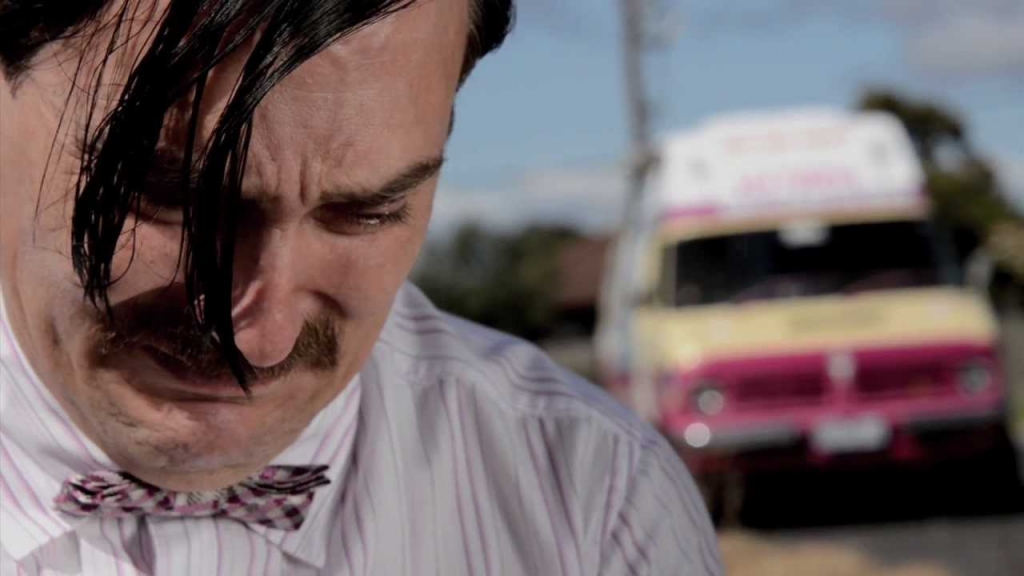 It was not until 2019, with the release of Joker, that I ever heard a movie described as depicting “male rage”. Although I love movies and have seen more than my fair share, this type of classification was new to me.

Of course, looking back through film history, there are tons of movies that would probably fit this description — from classics like Death Wish and Taxi Driver to more modern films like Gran Torino and Walking Tall. Some of the best films in history show exactly what can happen when a man is pushed to his edge.

Sometimes, this results in us cheering along with the hero or sympathetic anti-hero, like with Nicolas Cage’s character in Drive Angry. Other times, the rages explodes in the wrong direction, turning an angry man into a villain, as with  Michael Douglas’ character in Falling Down. 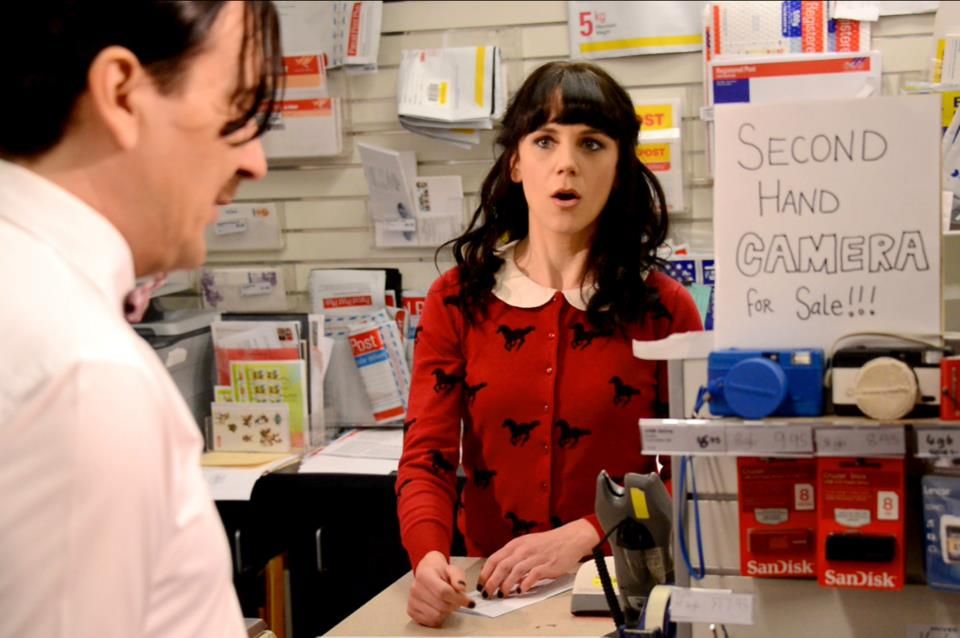 The film is more of a character study than it is a linear story with a beginning, middle, and end.

There is a clearly defined beginning, which introduces Warren (Glen Maynard), a lonely ice cream truck operator with a never-ending streak of bad luck — like leaving for work one day and running over his cat. There is also definitely an end, as Warren’s rage explodes onto the screen before he strips naked and the credits roll.

But everything in between is less of a story and more of an observation of Warren’s lonely, day-to-day life. And the film chronicles his life in two ways. First, there’s the standard, third-person narrative that follows Warren around town.

His days are pretty standard: waking up, feeding his cat, cleaning the ice cream truck, and watching his favorite soap opera. Everyone seems to know him, and they’re friendly. But he doesn’t have anyone close to him. 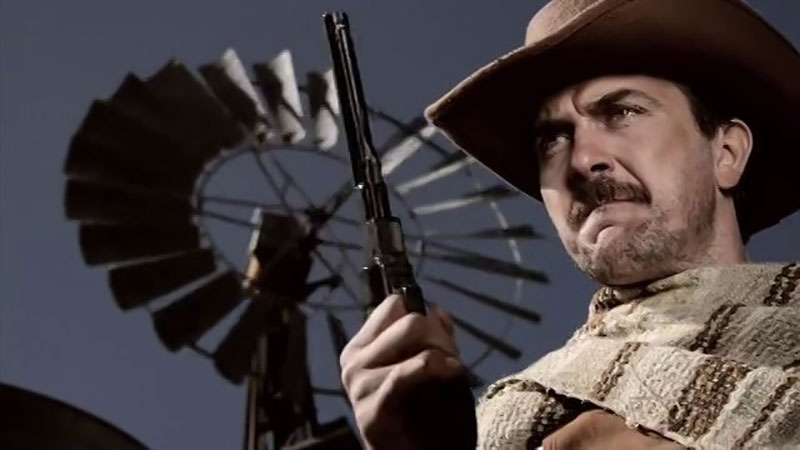 The only company he has is his cat, his ice cream truck, and the movie posters on his wall that depict epic, manly characters from classic films such as The Good, The Bad, The Ugly and another “male rage” movie, Death Wish.

The second way the film presents Warren is through a series of self-shot video blogs where Warren details his childhood, various times he was bullied throughout his life, and his undying love for soap opera actress Katie George. 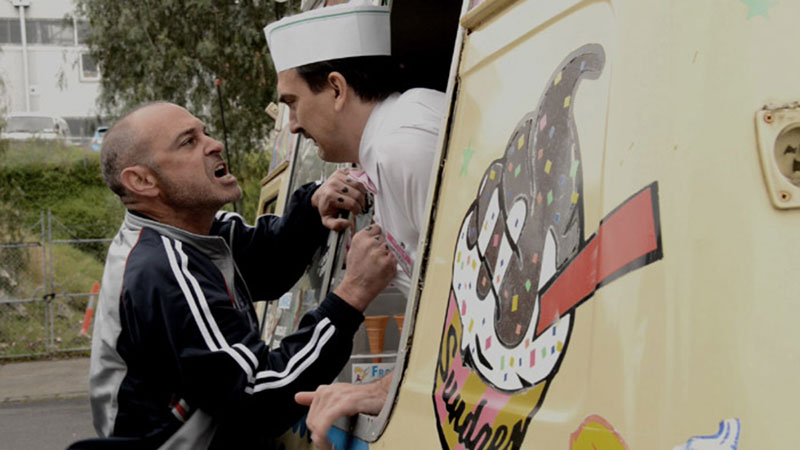 One day, two things happen to Warren that shake up his whole world.

First, a young boy steals ice cream from him. When Warren confronts the boy, a local drug dealer threatens him. Second, Katie George comes to Warren’s ice cream stand to buy mango gelato. Katie is kind to Warren in a way that not many other people are, so his obsession with her grows.

After a few visits from Katie, Warren finally musters up the courage to ask her on a date, which she accepts. When Warren goes to meet Katie for their date, however, she acts like she’s never met him. Perhaps these encounters were all just a figment of his imagination.

This is where the film gets dark. 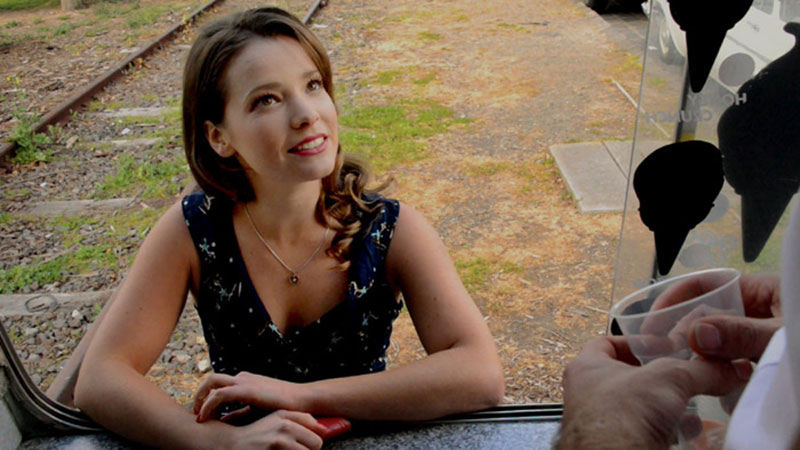 Director Stuart Simpson, through Warren’s video diary, depicts his descent into madness in a way rarely seen on film.

It’s truly terrifying to watch Warren lose track of reality and unleash years of loneliness and rage in these macabre, intensely edited scenes. In the shocking final act of the film, where the special effects department deserves a standing round of applause, Warren acts on his impulses and unleashes his rage upon the world.

Like many “male rage” movies, the viewer is left to decide if his actions make him a hero or a villain.

Overall, Chocolate Strawberry Vanilla is an interesting character study with a unique story and a unique way of storytelling. Through a great blend of horror and black comedy, the fantastically compelling story makes you feel for Warren and his plight.