A slasher with puppets instead of people, “Head” is a truly creative endeavor that manages to feel familiar and, at the same time, completely original.

Here’s something I don’t get to say often: this week’s Tubi recommendation has puppets! All the characters in the film are puppets. We get puppet decapitations, puppet zombies, puppet sex and puppet gore. I’m talking about 2015’s Head, and it’s the most creative thing to hit the horror world since found footage.

You would think that a film featuring a cast of puppets would be bizarre and somewhat goofy, but that’s definitely not the case. In fact, Head is surprisingly a straightforward slasher. No wacky puppet antics. No unnecessary puns or childish jokes. It’s just a group of 20-somethings who go camping in the woods and find themselves at the mercy of a slasher who is decapitating everyone and hanging their heads on a tree.

But before we get to the campground, we have to take The Walking Path.

Head has a very short runtime, clocking in at just 61 minutes.

As short as it is, only about 40 minutes of the film’s runtime is the actual movie about campers getting decapitated. To fill the extra time needed to make a feature length film, director Jon Bristol added a comedic intro from a late night, Sesame Street-inspired horror host and a short film from Rick Passmore called The Walking Path.

The short follows the story of two friends who get freaked out watching Night of the Living Dead and decide to go on the walking path outside their home at night to clear their minds. While on their walk, they encounter a dead body getting ripped apart by featureless, terrifying, zombie puppets.

This short interlude is very short. In fact, the credits for The Walking Path are probably as long as the feature itself. It was obvious this was all included as padding for the runtime, and usually I would complain about this kind of gimmick. But the zombie puppets really are terrifying, and it’s a fun way to start the film. 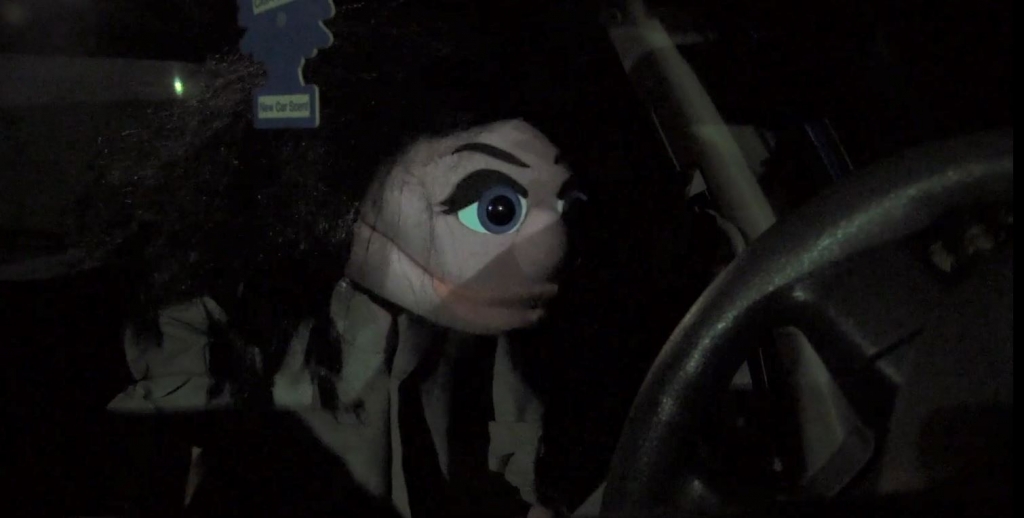 The film opens with two couples out for a camping adventure. Just like a standard slasher film, there are scantily clad women-puppets who are not ashamed to bare their puppet breasts. During one of the puppet sex scenes, a lady puppet gets her head chopped off. Soon, all four puppets are decapitated by an unseen killer, and the film fades to black.

Fast forward a few years, and there is another group of young people who’ve come to the same campsite for a weekend excursion. They stumble upon a mysterious backpacker who warns of the location’s curse and the murders that happened there several years earlier.

From a story standpoint, there is not much that distinguishes Head from any other standard low budget slasher. 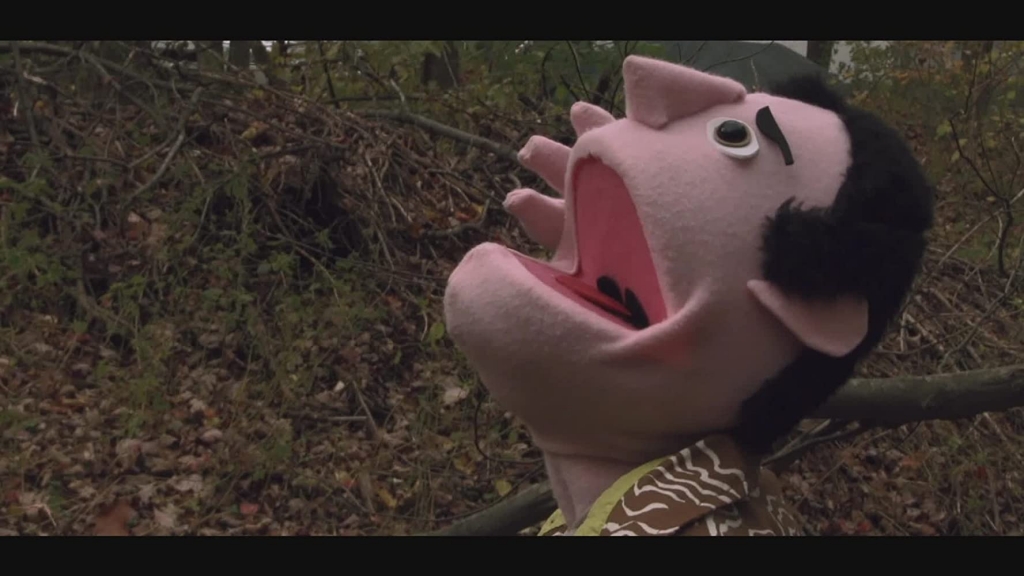 A young couple sneaks away to have sex in the woods and stumbles upon a satanic effigy. Creepy puppet killers breathe heavily outside a tent full of sleeping campers. The car malfunctions making escape impossible. The ranger is the suspected killer, as is the creepy backpacker.

For fans of slasher films, all the familiar trappings of the sub genre are here. The only difference is that all the humans have been replaced with puppets. And though it would have been easy for the creators to really overplay their hand and heavily emphasize the puppet element, they instead, keep the focus squarely on the horror.

A truly unique film, Head is well worth the watch. Make sure you stick around for the credits. A total of nine people worked on this labor of love, and the credits are just long thank you letters to the creators ‘parents and loved ones who encouraged them to follow their dreams. Catch it now on Tubi.