Made during the height of Bigfoot mania, “Sasquatch” is not a great film, but it definitely has a charm and realism that make it worth watching. 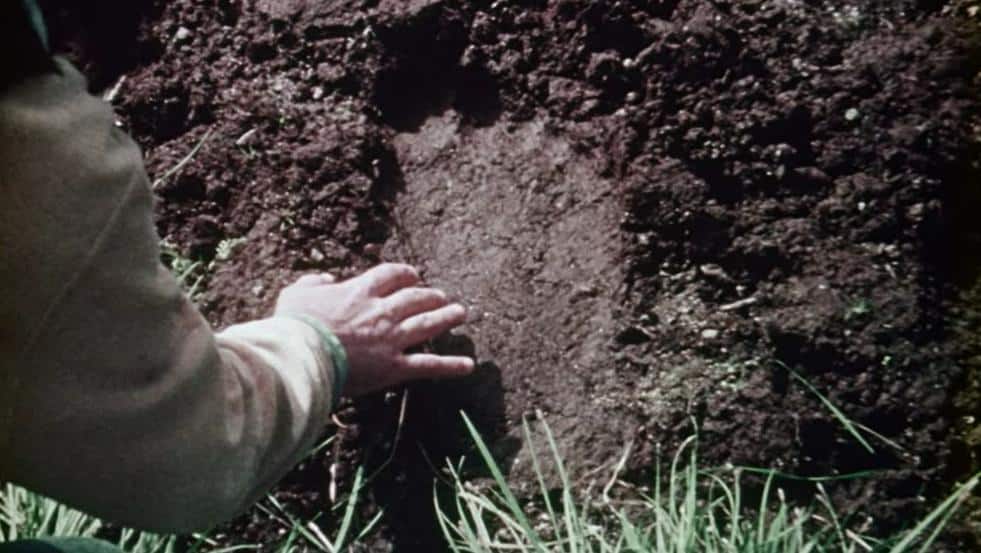 Throughout December, we will be celebrating A VERY CRYPTID CHRISTMAS, with an entire month dedicated to films about Bigfoot. This week’s recommendation is one of the most accurate depictions of a bigfoot hunt in all of film history.

Film in 1976 and presented as a documentary, Sasquatch, the Legend of Bigfoot is honestly, not the best film.  The visual quality looks like a copy of an old VHS tape, the acting is cartoonish, the characters have zero depth and one of them, Techka Blackhawk, is downright offensive by today’s standards.

The creature in the film is not seen for most of the film and when he is, he’s a blur  — a big, furry blur that you don’t see until the final five minutes of the film. The storytelling is uncertain if it wants to be a narrative story or a narrated nature documentary.  And perhaps worst of all, I’m fairly certain the animal rights groups were not onset during the filming to ensure no animals were harmed during the production of this film.

You may be thinking, “If this movie is so terrible, why on earth is it this week’s Tubi Tuesday?”

This movie chronicles exactly what a real bigfoot hunt would look like. 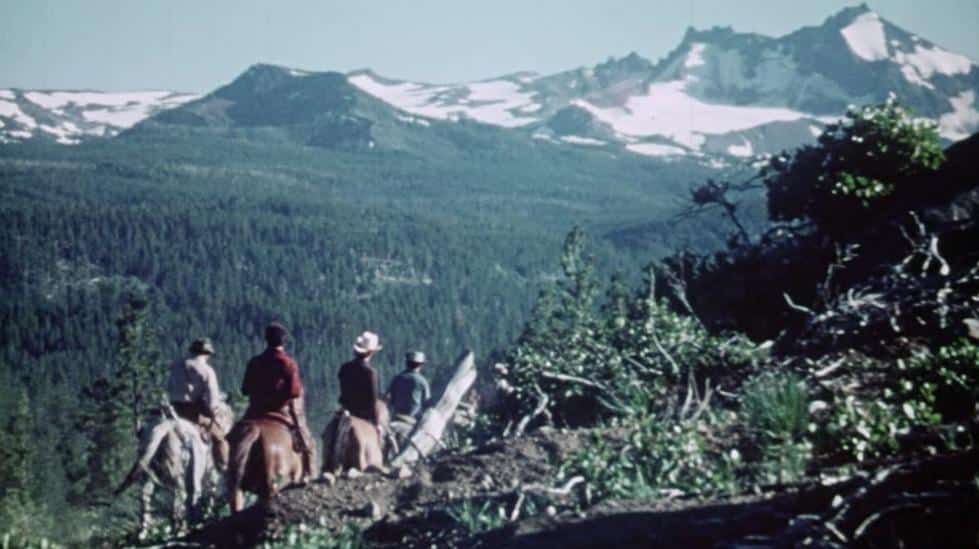 The film opens with the famous Patterson film, perhaps the most famous bigfoot footage in history. The film’s narrator then explains how the Patterson film is the reason for such a thorough investigation; an investigation that you, the viewer, are about to witness.

Since 1967, when the Patterson film was first presented to the world, perhaps millions of bigfoot hunts have occurred in various parts of the United States. To this day, there are bigfoot hunts that are started based on this cheap footage — which is clearly just shots of a man in a suit. Besides, everyone knows bigfoots travel in threes.

The film then introduces us to the numerous “experts” who are going on the trail of bigfoot.

There are historians, paleontologists, photographers, scientists, a crazy camp cook, a horse wrangler, and even a Native American guide named Tachka Blackhawk, who is clearly just a random white dude in a terribly obvious wig. He speaks with an accent that sounds more like a surfer dude than a Native American, but I digress. This is the perfectly accurate group of people who would go on a serious bigfoot hunt, especially in 1976 when it was still very real.

These days, bigfoot hunting is mostly left to people who most of society might consider crazy. But in the 70s, bigfoot hunting was the subject of real investigations by serious people. This film chronicles that phenomenon, providing detail about the state-of-the-art equipment used in the hunt.

That being said, the most realistic thing about the bigfoot hunt in the film is that the fact that the hunters spend a lot of time in the woods not finding anything at all. 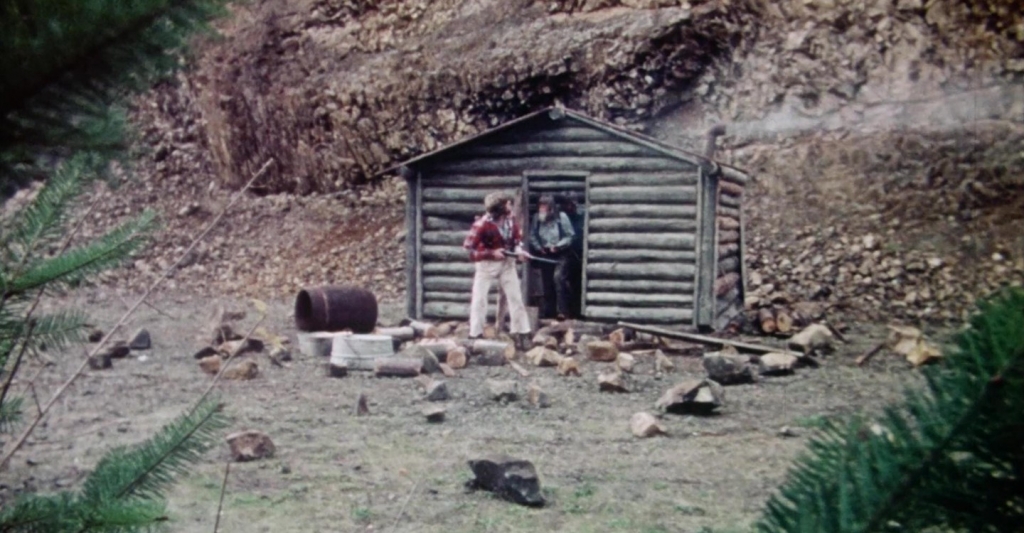 The film is 102 minutes long, and for the first 92 minutes of the film it’s nothing more than seven dudes hanging out in the woods.

They see a bear and beautiful vistas. They encounter deer, see quiet streams with beavers building dams, and they even have a battle with a cougar. It’s beautiful and perfectly depicts the best part of a bigfoot hunt: hanging out in the woods, away from society and all of it’s woes, just enjoying the scenery and spending time with your friends.

While no one has found credible evidence of bigfoot outside of the infamous Patterson film, millions of people have had amazing experiences in the wilderness while searching for the legendary creature.

To be fair, the first 92 minutes of this 102 minute film ends up being nothing more than a nature documentary.

But the final 10 minutes of the film makes it worthy of being featured in this column. 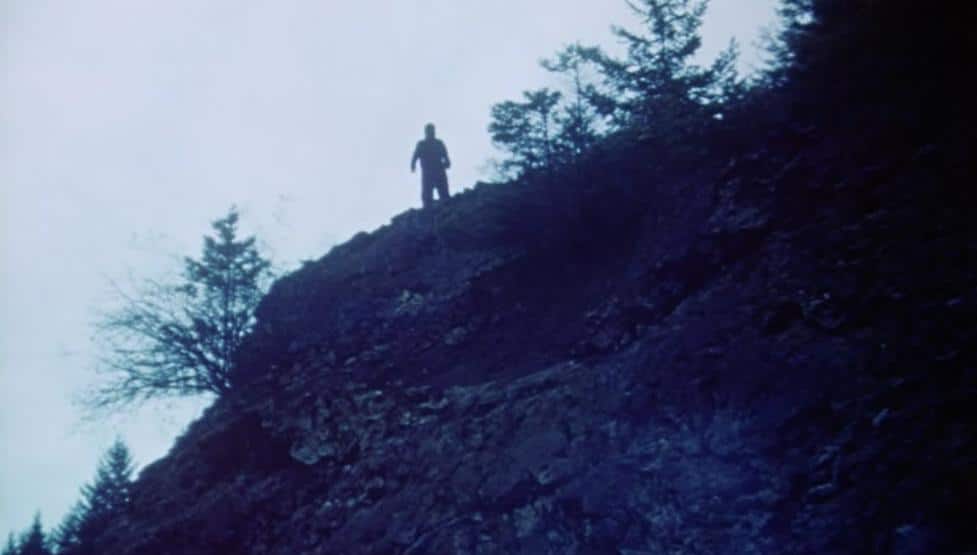 Everything about this film may be subpar. In fact, no one who worked on this film ever worked on any other film, including the director, producer and production company who went out of business before the film’s release.

The only thing that is not subpar about this film is the last 10 minutes when Bigfoot finally shows up and starts terrorizing the camp.

The sasquatch throws rocks, rips men apart, flips over tents and trees, and causes all kinds of havoc while the various members of the party try to catch the beast on camera or in the sights of their rifles. It is a very intense, nail biting, edge of your seat sequence that will make your palms sweat. It’s really a fantastic conclusion to a very unassuming film.

The film alone is not even one star. But add in the realism of a bigfoot hunt and the intense ending, and this film catapults to at least a three star gem worthy of multiple viewing.

Check out Sasquatch, the Legend of Bigfoot now streaming on Tubi.