Linda Blair stars in an insane film about the battle of the sexes in this over-the-top, rape-revenge horror with a killer soundtrack from 1984. 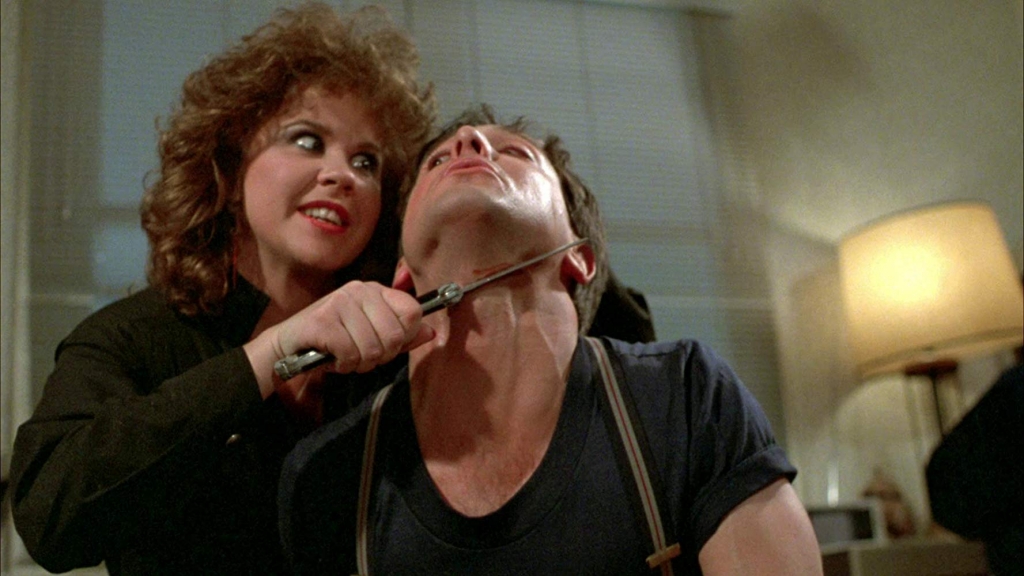 It’s my last Tubi Tuesday of the month and, like all of my Women in Horror Month recommendations, this one is dedicated to one of my favorite scream queens from the 80s. I’m especially excited about this one because it features not just one, but two of my all-time horror crushes. I’m talking about the rape-revenge horror featuring a soaring soundtrack that rivals Rocky IV: 1984’s Savage Streets.

Oh Linda Blair, how do I love thee? Let me count the ways…

First, your hair. OMG! In this film, Blair rocks a giant 80s perm, is clad in all leather, and wields a crossbow. She plays Brenda, the rough and tough leader of the all-girl gang known as The Satans.

In The Exorcist, she gets possessed by Pazuzu and starts yelling out all types of obscenities. But in this movie, she’s just possessed by hatred for fools that are getting in her way. 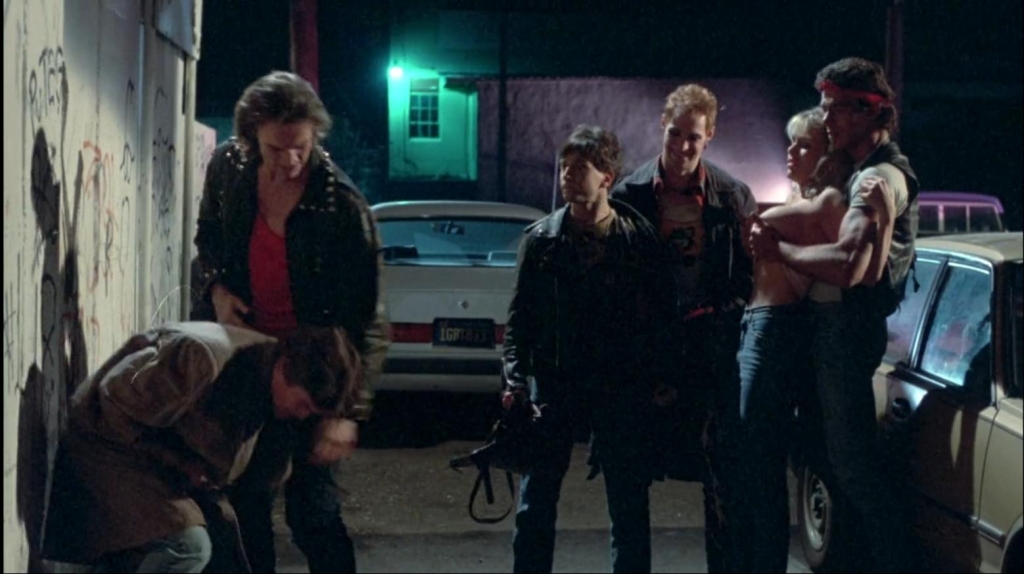 This includes the rival boy gang, The Scars, and the preppy girls in school who don’t like that their boyfriends are always looking at Brenda, a girl so tough she smokes in class. She deals with The Scars by trashing their car after they almost run over her deaf sister, Heather (Linnea Quigley). As for the preppy girls, she handles them in a naked shower room brawl.

While Brenda is busy beating in the heads of the popular girls in school, The Scars are in the boys bathroom getting revenge on Brenda by raping her deaf sister, who cannot scream for help.

A naked girl fight in a girl’s locker room cut in with a rape scene?  It’s an 80s exploitation film, what more could you expect? 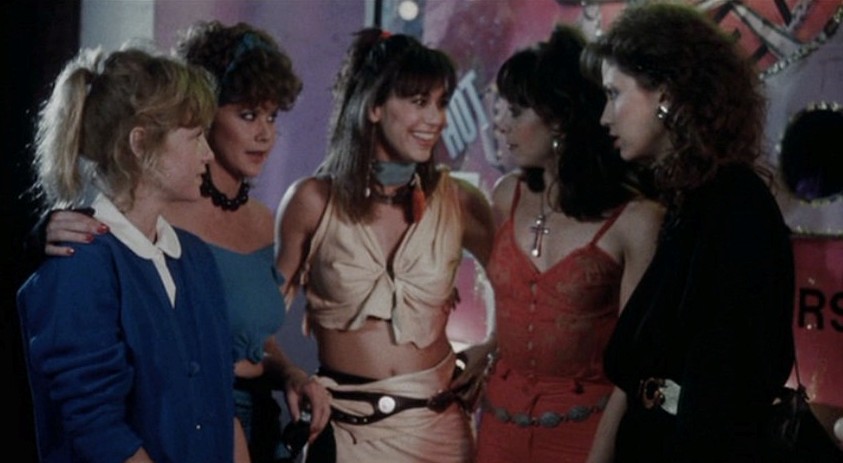 Now back to the reasons I love you, Linda…

Second, your acting chops. Do you remember how over the top Eric Freeman’s acting was in Silent Night Deadly Night 2?  Well, imagine that amplified. Now imagine it’s not just one character but the entire cast. Seriously, the dialogue and the delivery in this film almost make it feel like some sort of dark comedy.

From the school prinicipal telling the leader of The Scars to “Go fuck an iceberg!” to Blair cutting cheesy one-liners like “Oh uh, I’m all out of arrows, don’t worry I got more in the car” as she hunts down her sister’s attackers armed with a crossbow and bear traps. Then there’s her friend Francine saying “I gotta pee so bad, I’ll have to wring out my socks,” whatever that means. This film is just absolutely filled with cheesy, sleazy, and just plain bad dialogue that is made even more absurd by the over-the-top delivery.

Now, as much as I love Linda (and Linnea), that’s not the only reason to love this film. There’s also the music. 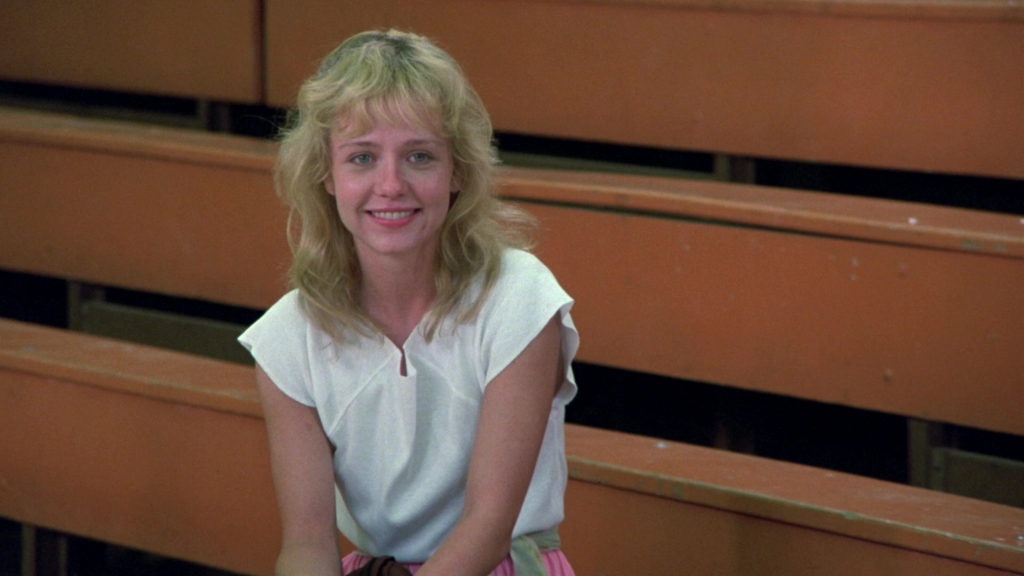 Do yourself a favor and check out the soundtrack to this movie. Immediately. The 1980s had tons of fantastic rock soundtracks, but they were typically reserved for action movies like Rocky IV, Over the Top, and Bloodsport. Thankfully, the music gods shined upon Savage Streets and blessed us with one of the best AOR (Album Oriented Rock) soundtracks of all time.

The music is near constant in this film and, much like the aforementioned action movies, it’s shockingly relevant to the scenes being portrayed on screen. The best mix of music and visuals is when Blair decides to take justice into her own hands shortly after The Scars throw her soon to be married, pregnant “gonna leave the city with my husband and buy a farm” friend, Francine, off a bridge. 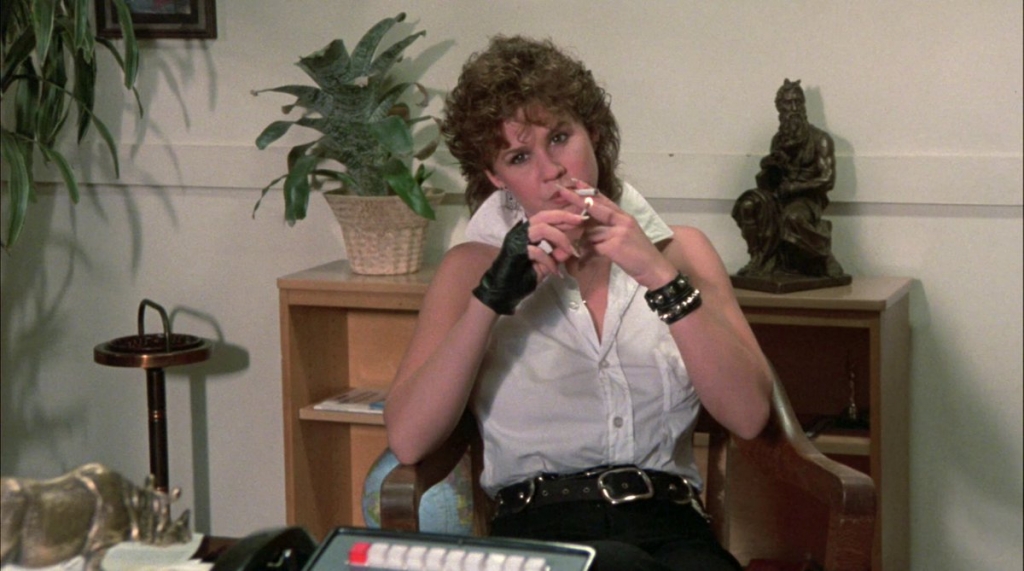 As they show cut-scenes of Blair crying at her sister’s hospital bed, smoking cigarettes in the bathtub, and arming herself to the teeth with switchblades and red lipstick, John Farnham’s Justice For One blares these words — and you know exactly what type of hell is going to be unleashed.

Justice for one, justice for all
You get what you give when you’ve broken the law
Know what it costs before you commit it
Don’t start a fight, I won’t let you win it

Yes, every bit of this movie is as terrible as it sounds, but that’s exactly why people love it. 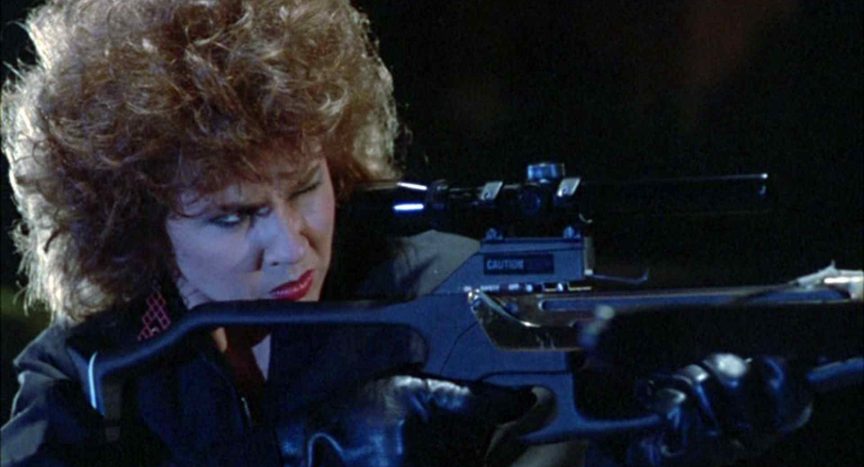 You get poor acting, a simple story with a poor execution that’s as exploitative as can be, and an over-the-top soundtrack. But mix it all together, and you have a film that rapidly moves from so bad it’s good to so epic it’s amazing!

Finish out Women in Horror Month with a bang, and check out Savage Streets starring the lovely Linda Blair and Linnea Quigley, now streaming on Tubi.