Weird and ambitious, “The Initiation” throws a lot into the pot. It may not cook up something truly delicious, but it’s satisfying enough. 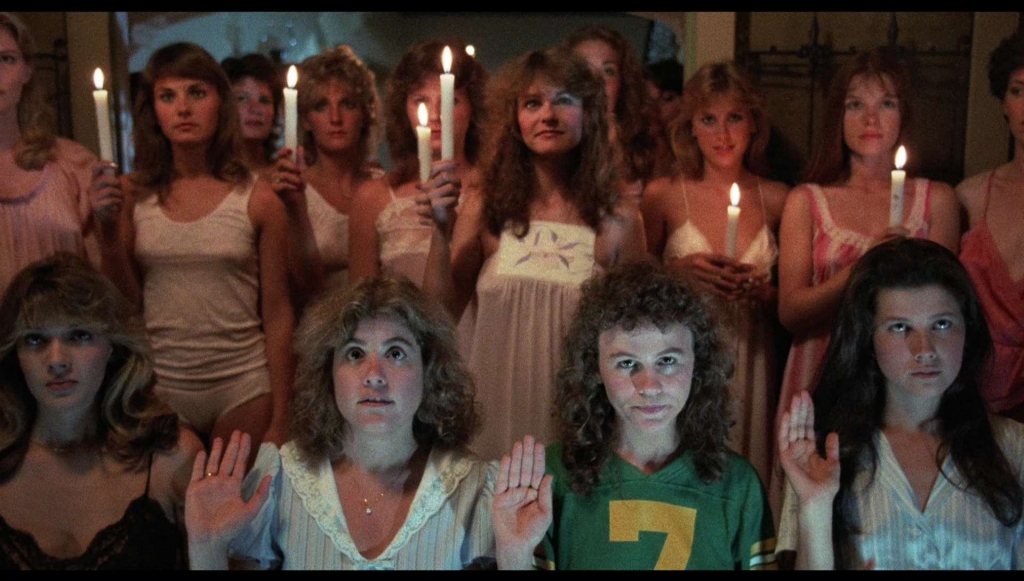 This week’s film is supposed to be about a group of sorority pledges who are stalked by a maniac during their initiation to the sorority. But it ends up being just about everything else you could imagine.

There’s hypnosis-induced amnesia, a murder plot, a jailbreak, and a large portion of the film that’s basically Chopping Mall without the killer robots. The whole thing ends with a Giallo-like twist that will absolutely boggle your mind.

This week’s Tubi Tuesday is 1984’s The Initiation.

The movie opens innocently enough with a young girl waking up in the middle of the night and catching her parents getting busy.  Soon, however, a strange man enters the room, fights with her naked father, and is burned alive. We flash forward and find out all of this is the nightmare of a young woman named Kelly Fairchild (Daphne Zuniga) who is pledged to some weird sorority that wakes her from this nightmare in their nightgowns holding candles.

The head sorority sister informs Kelly that she will need to break into a department store and steal the security guard’s clothes if she wants to be part of the sorority.

This is where the film stops being about the sorority and starts being about something else completely different. 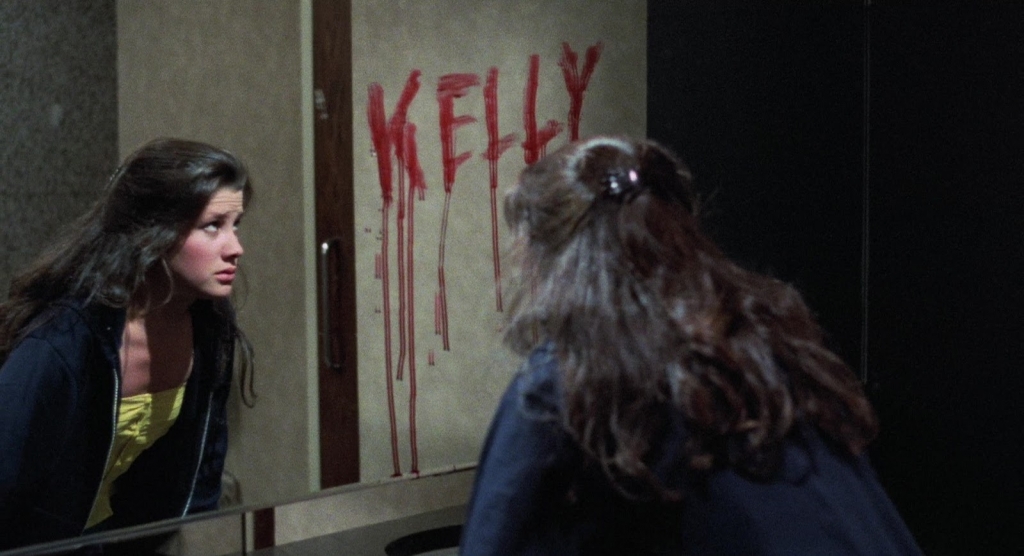 Kelly Fairchild is an aspiring college student who is looking to do a research paper on the nature of dreams, much to the chagrin of her mother. She goes to her professor Peter who agrees to help her in her research if she participates in some of his experimentation on determining the source of nightmares.

During one of these experiments, Kelly starts to panic as she dreams about her father fighting the man and burning him alive.

Professor Peter tries to wake her from this hypnotic dream but she doesn’t respond. This is when Kelly’s mother bursts in revealing that her name is not Kelly Fairchild, that she is Kelly Randle instead.

Professor Peter’s research assistant thinks this is strange, so she starts reading the newspaper and finds an old article detailing the fire from Kelly’s dream. She also finds more articles about a hostile takeover of a department store orchestrated by Kelly’s mother, a man who is potentially Kelly’s true father, and finally a news article about how that man escaped from an insane asylum earlier that week.

Peter decides Kelly is in danger, so he rushes to protect her.

The third act of this film is basically just a group of co-eds in an empty mall late at night — drinking, doing drugs, and having premarital sex — while something or someone creeps around killing them one by one. 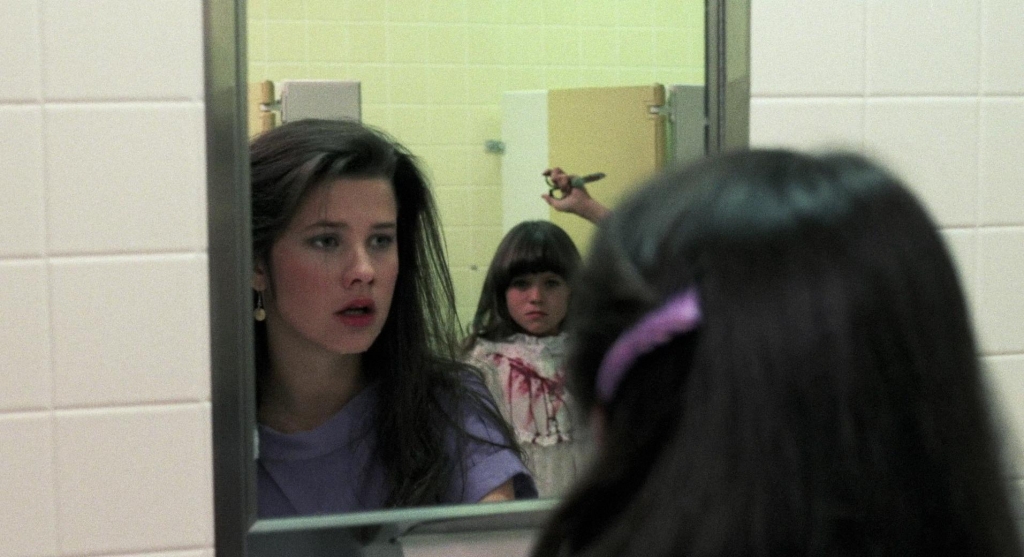 But I can tell you the killer is not Kelly or her father. Instead, we get an unexpected twist with new information into the story that was not previously discussed before the shocking reveal.

Ultimately, the film tries to do many things at the same time, and it doesn’t end up doing any of them very well.

Despite that, The Initiation is a fairly good film with some good kills — and worth checking out for free on Tubi.